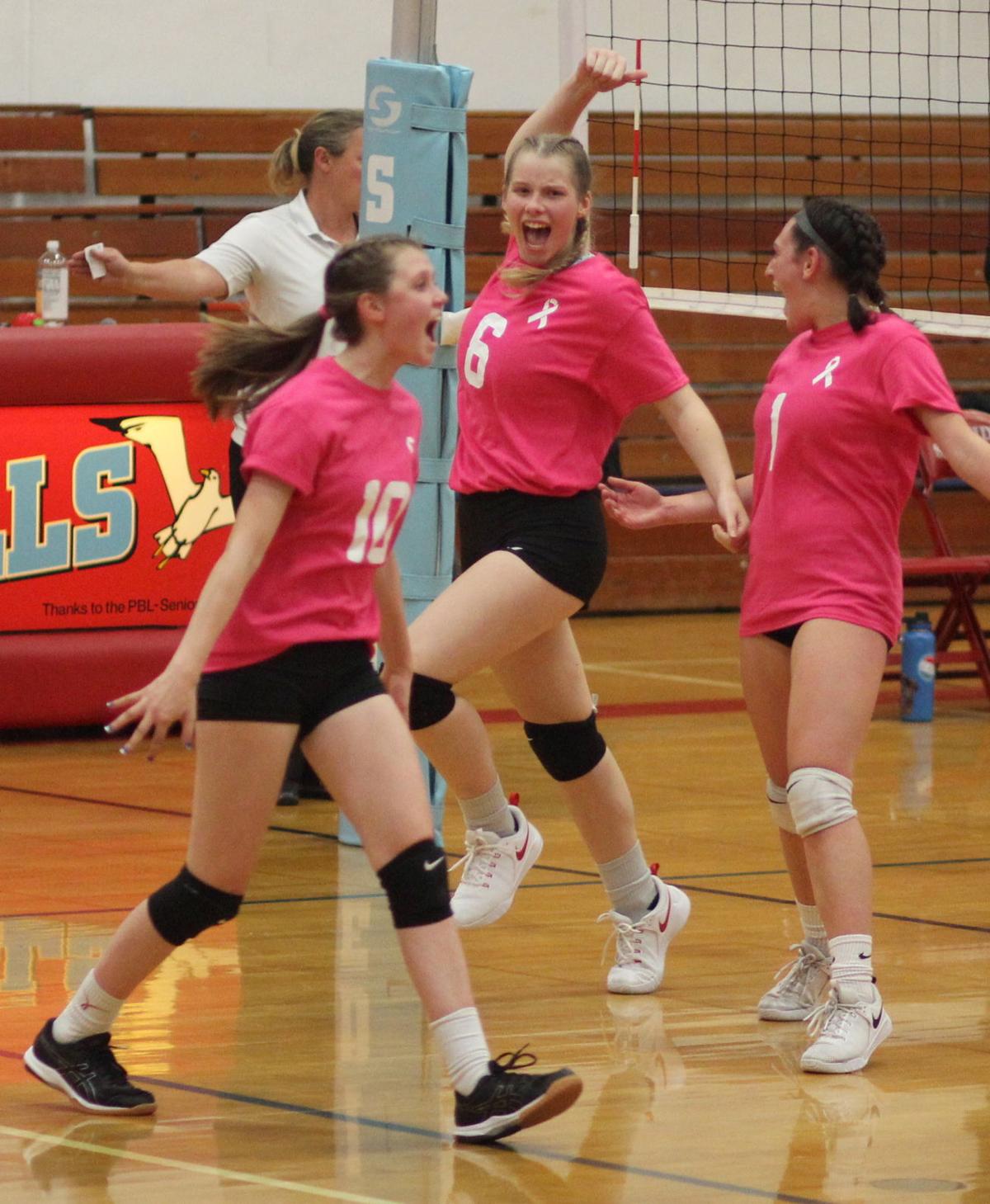 Seaside’s Tristyn McFadden, left, and Karen Wing (6) celebrate a point in the match against Astoria. 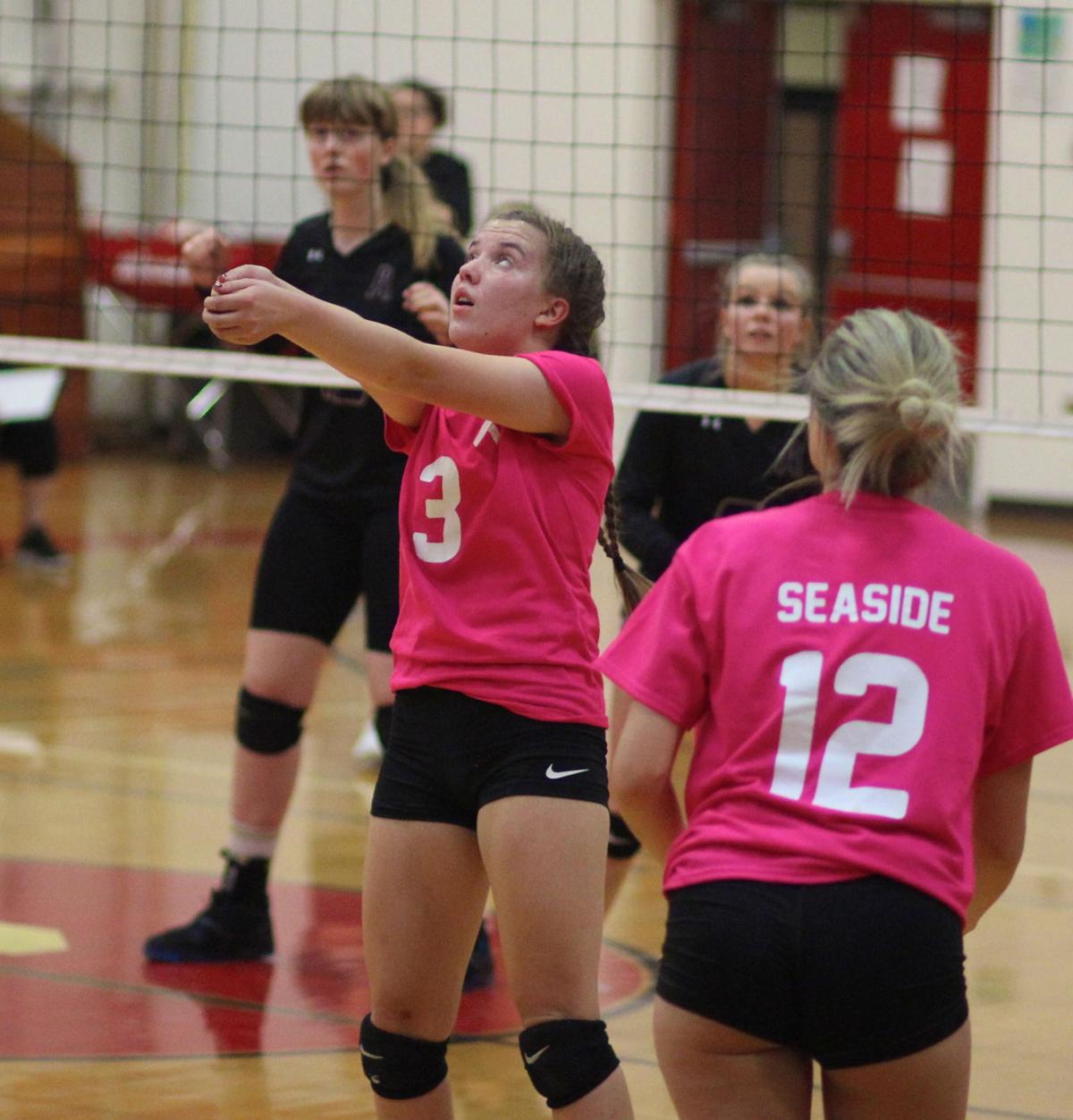 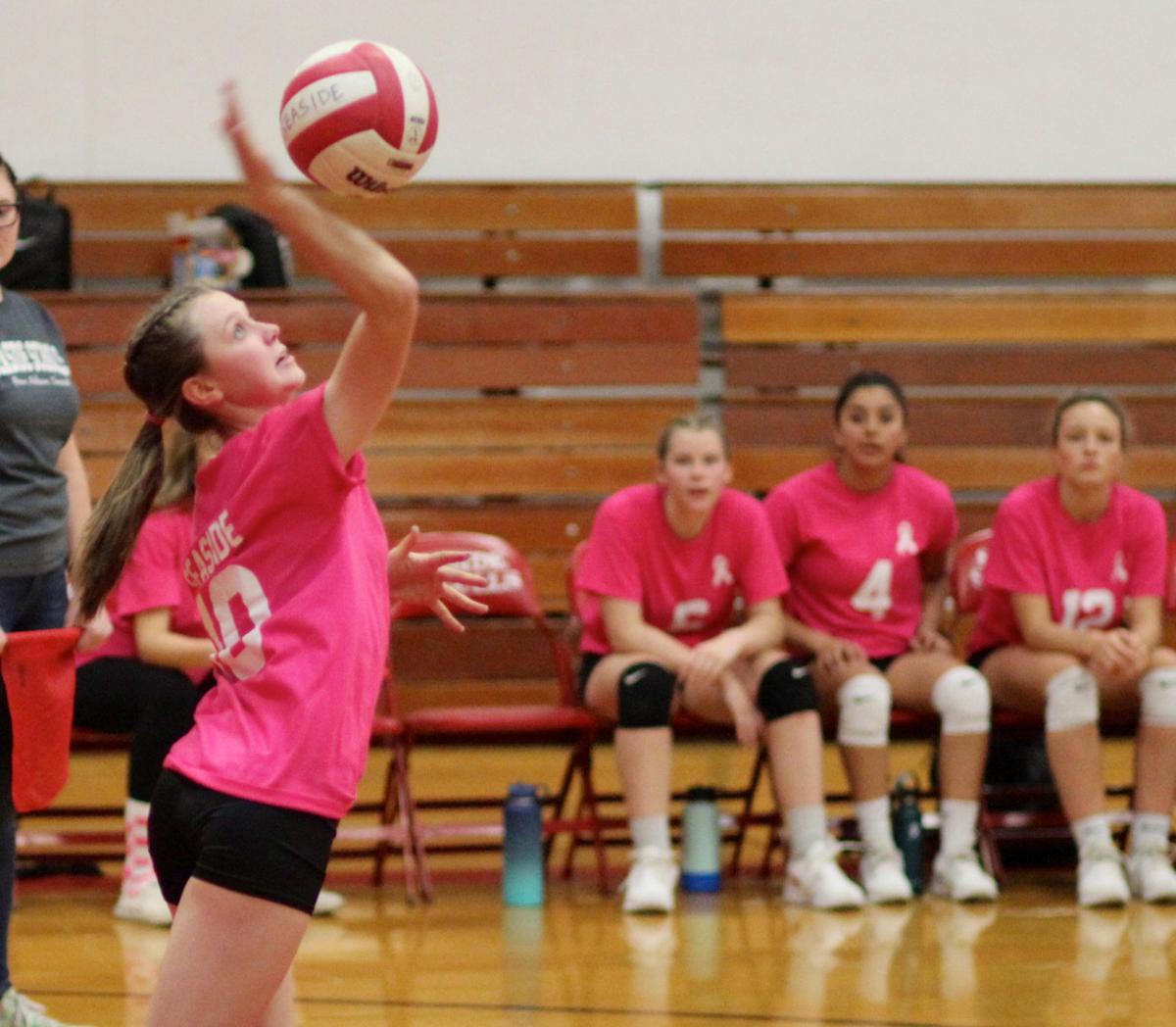 Tristyn McFadden serves up some action against Astoria at the Gulls’ Nest. 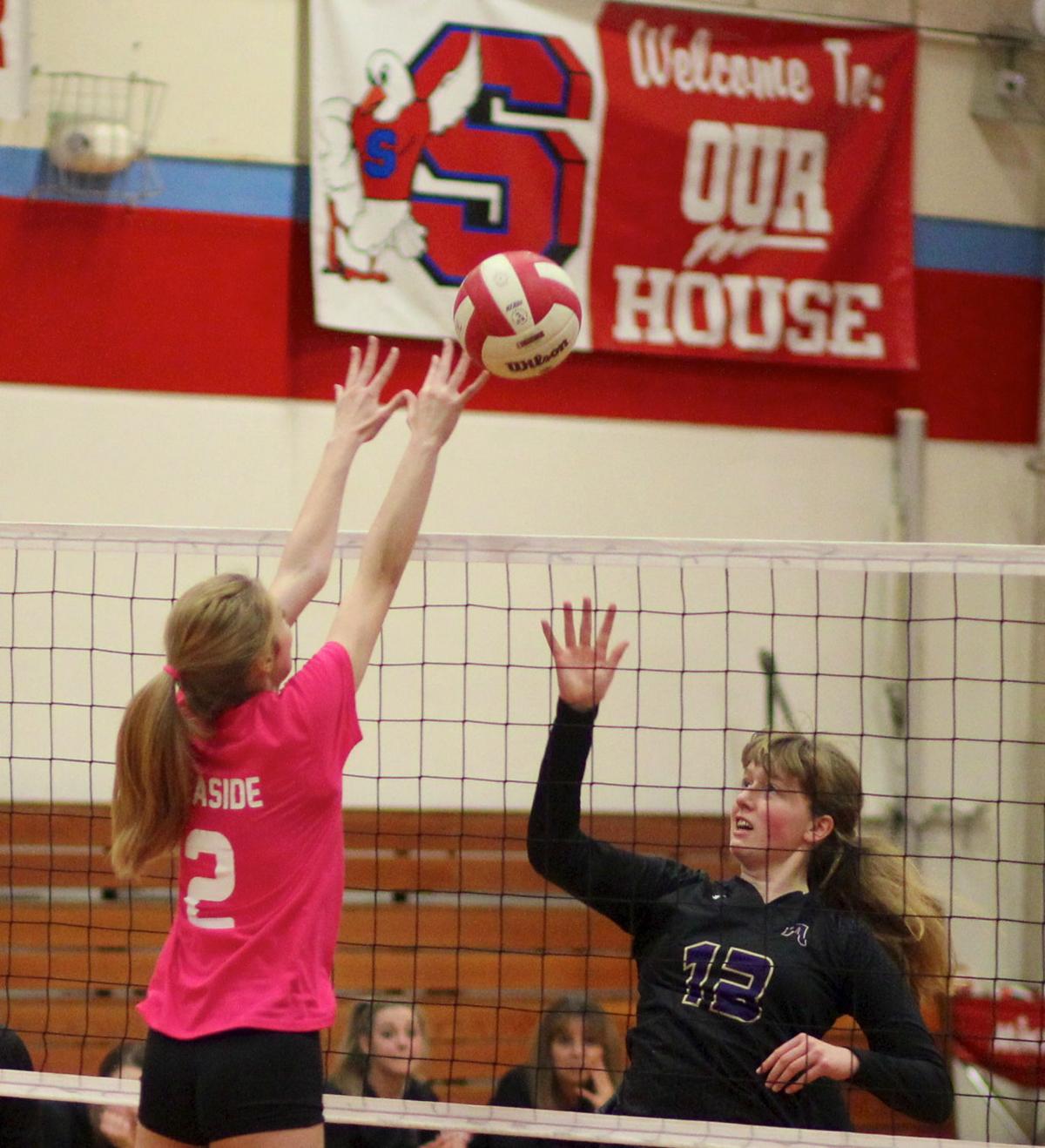 Seaside’s Tristyn McFadden, left, and Karen Wing (6) celebrate a point in the match against Astoria.

Tristyn McFadden serves up some action against Astoria at the Gulls’ Nest.

A good old-fashioned Clatsop Clash match that went the distance, as the Astoria and Seaside volleyball teams gave the fans their best, and took it to the limit Oct. 10 at the Gulls’ Nest.

“I’m just proud of my team for coming out with the win,” said Astoria coach Jessie Todd. “Seaside fought hard tonight. Rivalry matches are always tough, and you never know what to expect. It’s an away environment for us, and (the Gulls) were really emotionally charged.”

Seaside coach Demi Lund said yes, indeed, it was her team’s best match of the season.

“It was such a close match,” Lund said. “My girls played their hearts out and I could not be more proud of them.

“I told them that even though it’s a loss on the record, it’s a win for our team because of how hard we played and with so much passion,” she said. “That’s the best I have seen them play all season.”

Seaside even led 13-11 in the fourth set, before Astoria won that game, then overcame a few close calls in Game 5 to hold off the Gulls, who had not won a single set in their last five matches.

“It’s always hard when some calls don’t go your way,” Todd said of the fifth set. “But we always talk about how you respond emotionally from those calls, and tonight the girls did a good job in responding.”

But before that, it was Seaside which held an emotional lead for most of the night.

The Gulls took advantage of several kills by Ellisa Blodgett in Game 1, along with a serving string by Tristyn McFadden to build a 20-15 lead.

Astoria fought back to within 24-22, but Emma Meyer set Karen Wing for a kill at game point.

Seaside kept the momentum rolling into Game 2, jumping to a quick 7-1 lead.

But the Lady Fish rallied, Julia Norris went on a serving streak, and Kelsey Fausett got the offensive attack going with several kills, including a cross-court spike for a 20-16 lead.

Kailee Fisher added a kill, Taja Tuimato had a kill off a block and Norris’s tap over the net at game point evened the match at one-apiece.

But a few attack errors on the Fishermen, coupled with three ace serves by Wing, gave Seaside the 26-24 win.

“Elissa Blodgett had the game of her career tonight,” Lund said. “She put away almost every ball that was set to her. Emma Meyer set great and Karen Wing stepped in to play the middle and did so well.”

But a couple aces by Norris served as the pivotal stretch in the match, with Astoria taking control down the stretch with back-to-back kills by Jackson and Fausett to even the match at 2-2. Fausett led the Fishermen with 12 kills.

From there, Norris and Jackson had kills, and Skylar Sturtz had an ace serve for a 14-11 lead.

One last rally by the Gulls helped Seaside close to within 14-13, but Jackson’s spike found open space near the back line for the match point and the win.