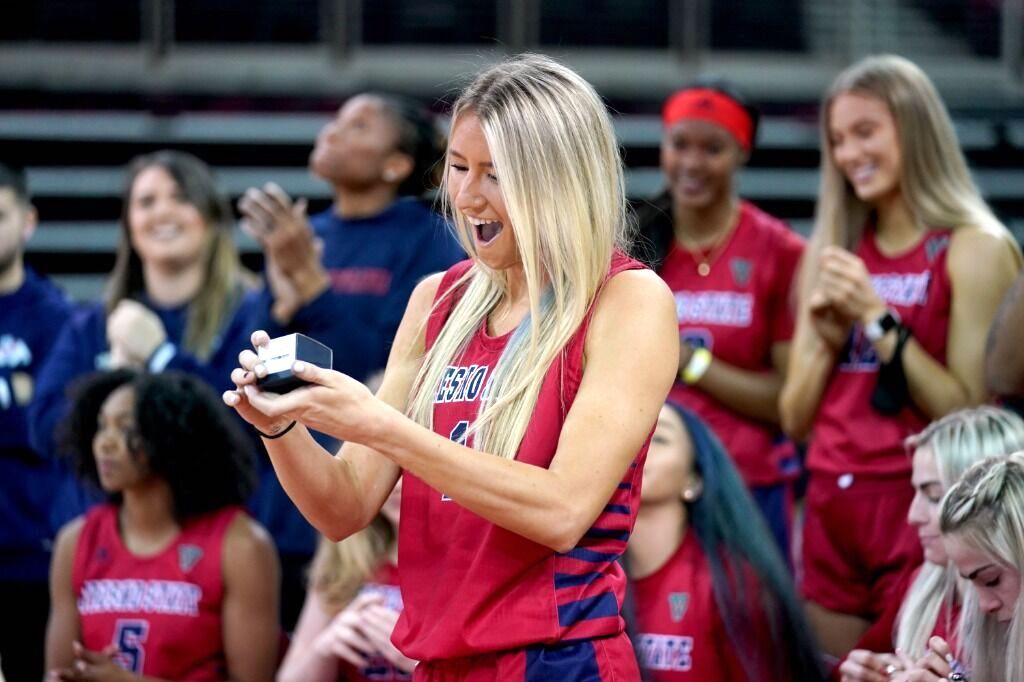 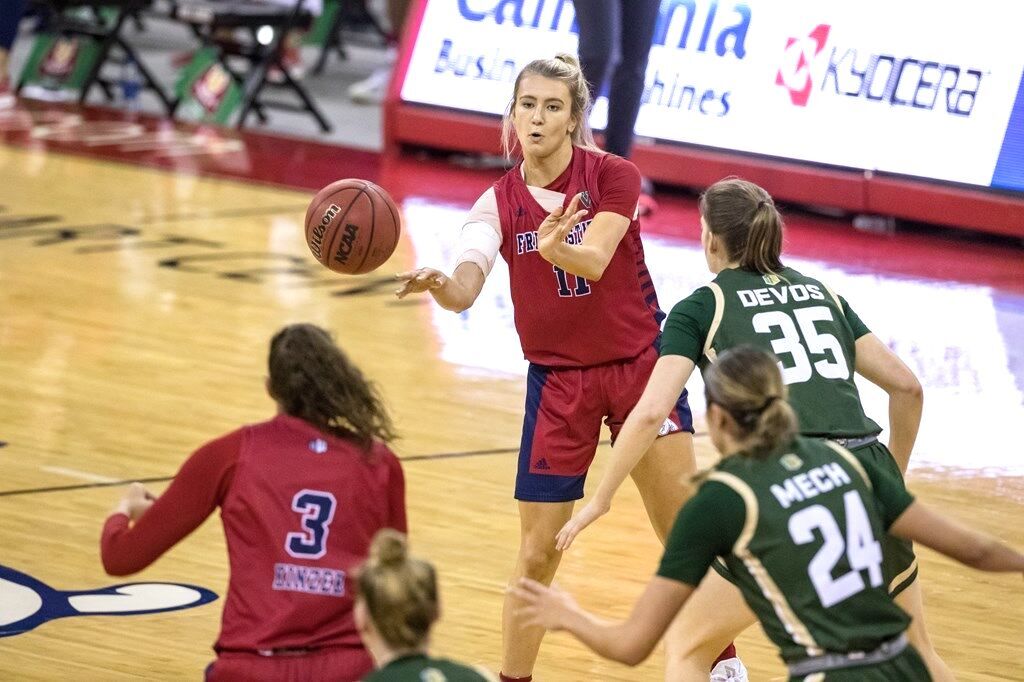 Utti was the Mountain West Conference Player of the Year last season.

Utti was the Mountain West Conference Player of the Year last season.

Maddi Utti and the Fresno State University women’s basketball team is back in action.

After a nearly three-week break between games, the Bulldogs returned to play with a 65-63 loss at Wyoming Jan. 2, then bounced back with an 83-80 win over the same team two nights later.

Due to COVID-19 contact tracing in the Fresno State program, the Bulldogs’ home game last Friday vs. San Jose State was postponed.

Meanwhile, Fresno State’s Maddi Utti, the high-scoring senior forward from Seaside, missed a pair of games in December due to shoulder problems.

She had previously played in all 100 games since joining the program in 2017 and had started 94 straight games.

Utti returned for the Jan. 2 game at Wyoming and pulled down a team-high 11 rebounds but collected three fouls and finished with two points in 25 minutes of action.

She returned to usual form two nights later against the same team, scoring 23 points in 42 minutes, with 10 boards, three assists and two steals. Utti highlighted her night by knocking down a career-best five 3-pointers on five attempts.

The Fresno State trio of Utti, Haley Cavinder and Hanna Cavinder combined for 65 points, with Utti recording her first double-double of the season.

The Bulldogs received their 2020 Mountain West Championship rings in a ceremony Dec. 17. Utti was the Mountain West Conference Player of Year for the 2019-20 season.

Running back Trey Smith to return for third season at Wyoming