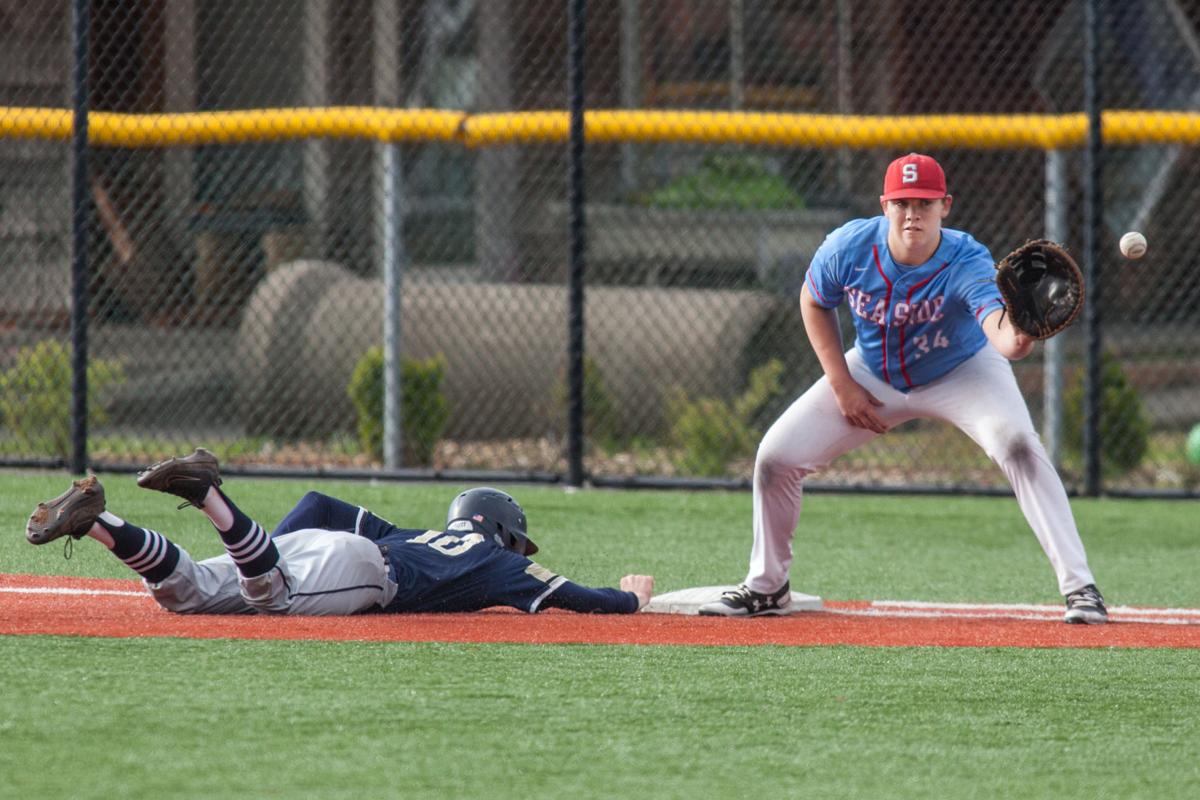 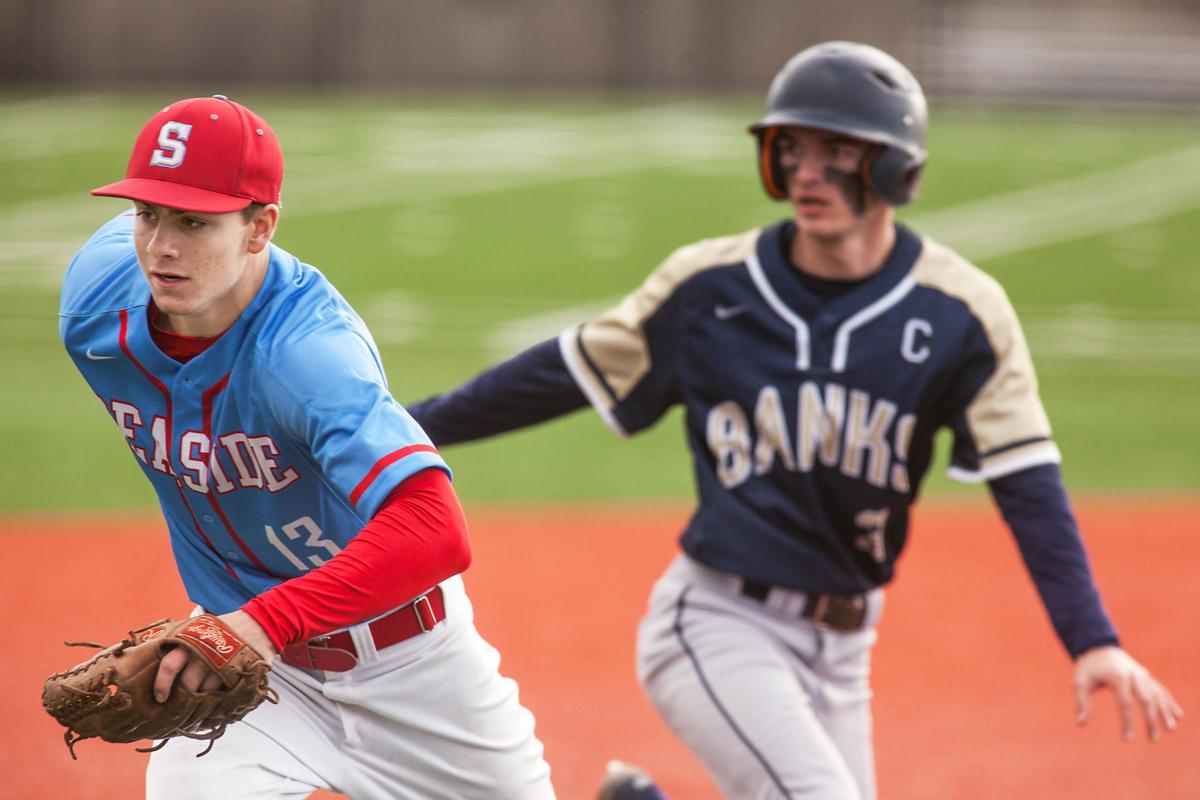 Seaside third baseman Duncan Thompson chases down an errant throw during a game with Banks Thursday. 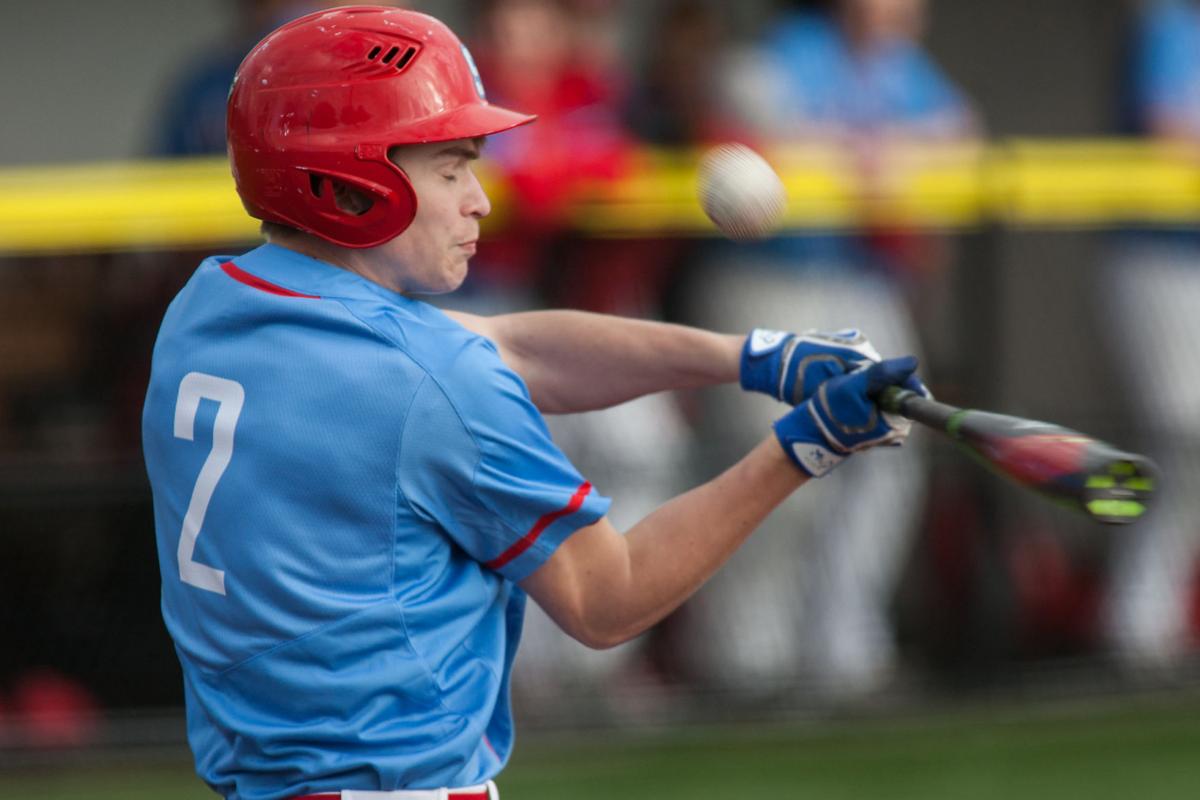 Seaside's Payton Westerholm fouls off a Banks pitch during their game Thursday. 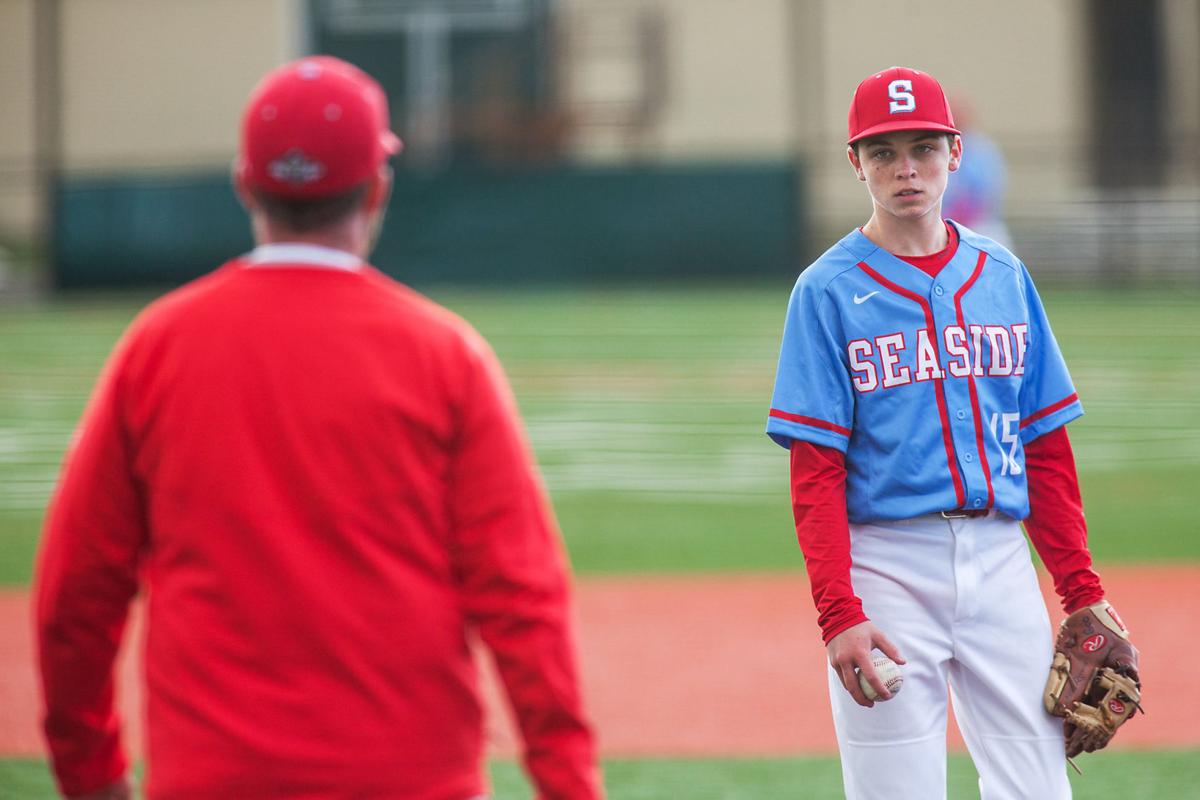 Seaside third baseman Duncan Thompson chases down an errant throw during a game with Banks Thursday.

Seaside's Payton Westerholm fouls off a Banks pitch during their game Thursday.

After scoring a near-upset over Banks on Tuesday, the Seaside Gulls couldn’t quite keep pace with the Braves’ bats Thursday night at Broadway Field.

Banks banged out 11 hits off two Seaside pitchers, plenty for an 8-0 win over the Gulls in Cowapa League baseball action.

After a scoreless first inning, Banks scored three times in the top of the second, highlighted by an RBI double from Jared Evans and a run-scoring single by Blake Goble.

The Gulls committed five errors in the game, including two in the third inning, when the Braves tacked on two more runs on just one hit.

Seaside had its chances — Payton Westerholm reached base on an infield single in the bottom of the third, followed by a single to left by Brent Walsh, before Bral was able to get out of the inning.

The Gulls stranded two more runners in the fourth and left two runners on in the sixth, when back-to-back errors by the Braves gave Seaside two base runners with no outs, before McGough retired three in a row to end the threat.

Otto Hoekstre had a leadoff double for the Gulls in the second inning, but was thrown out on a steal attempt.

Husker games on the radio served as a lifeline for fans, learning experience for broadcasters

Amid juggling act with injuries, Packers continue to hold the line up front