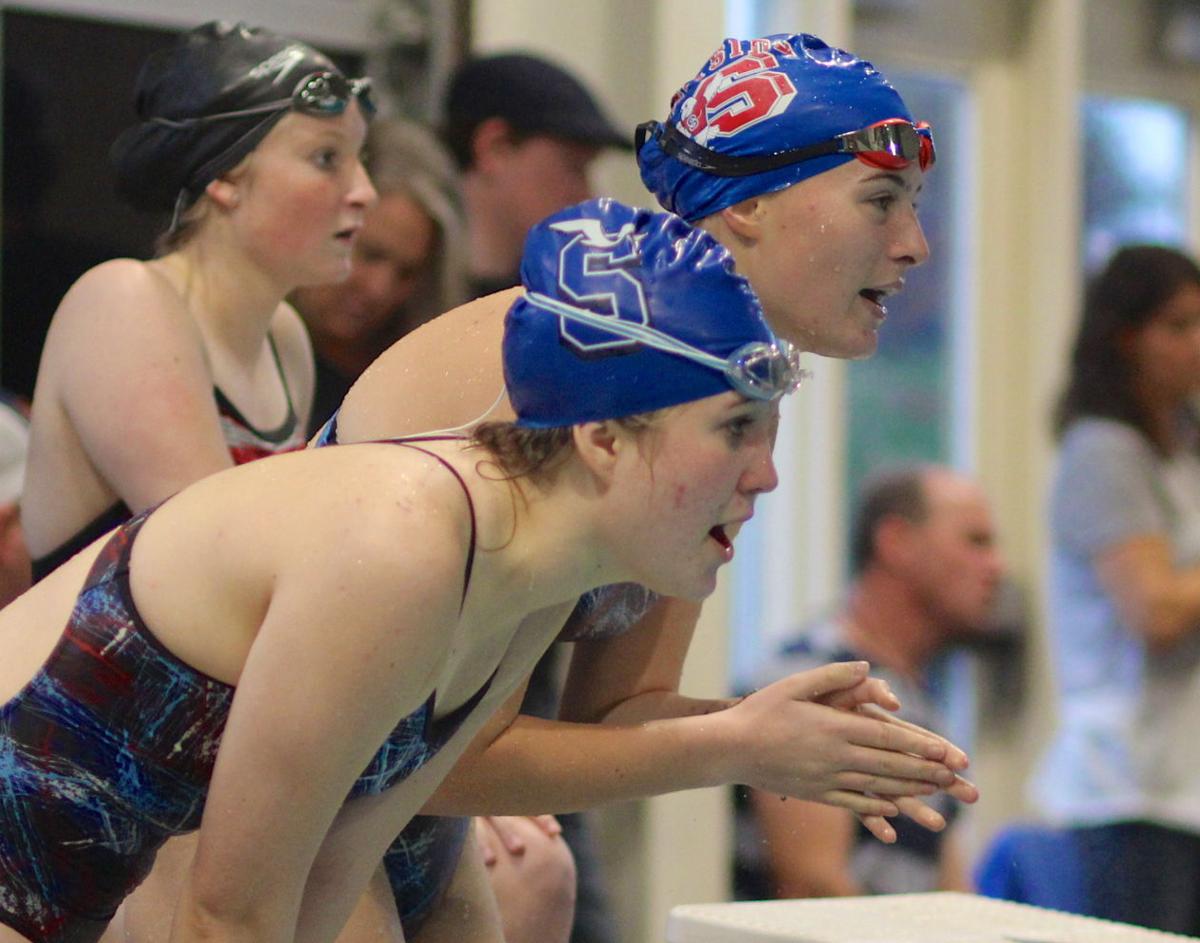 Seaside swimmers Brooke Blankenhorn, front, and Kaisa Liljenwall cheer on a teammate during a relay event. 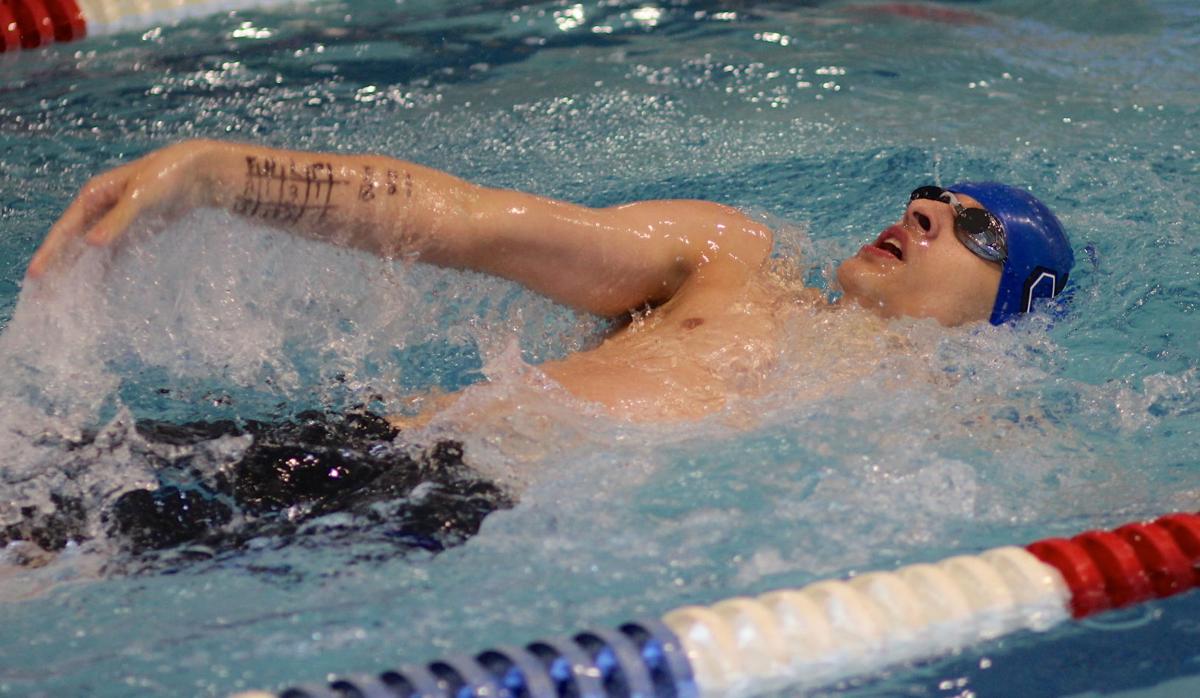 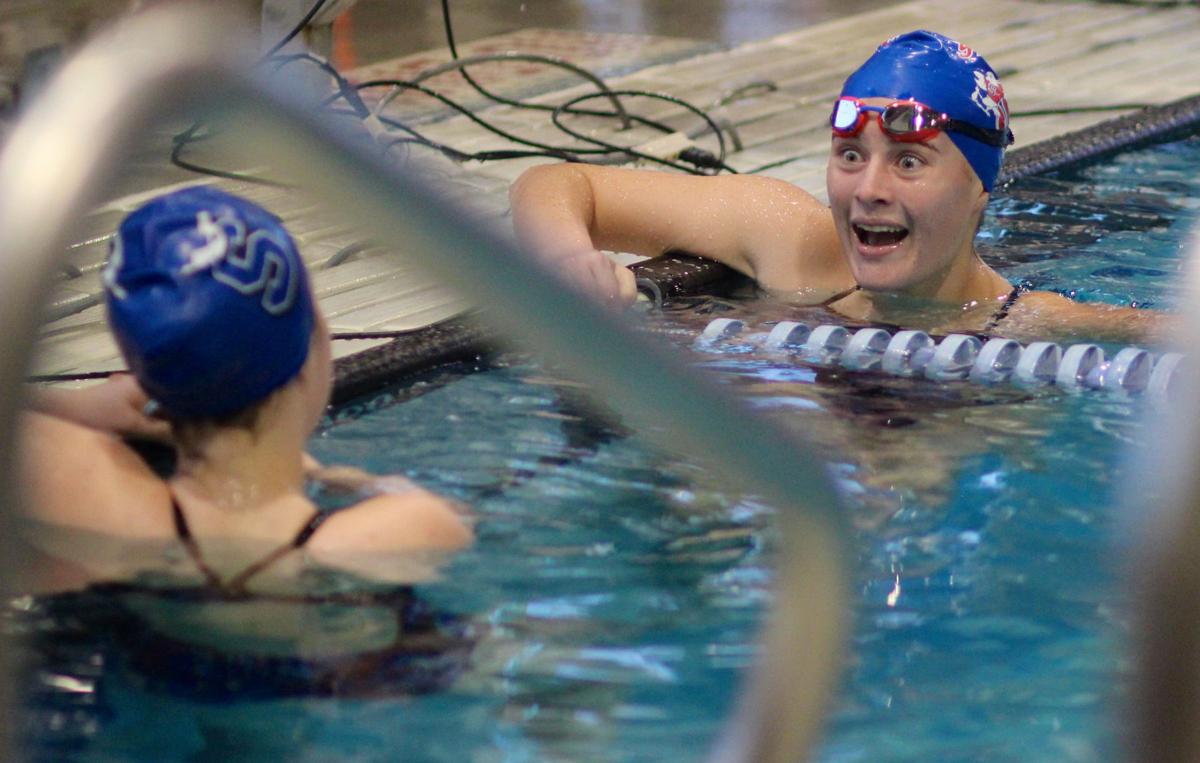 Seaside swimmers Brooke Blankenhorn, front, and Kaisa Liljenwall cheer on a teammate during a relay event.

ASTORIA — The local teams were the winners Dec. 14, in the annual Andrew Nygaard Invitational swim meet at the Astoria Aquatic Center.

Astoria (82 points) edged Seaside (80) by two points to win the girls’ team title, while Seaside racked up 88 points to take the boys’ team championship, ahead of second-place Astoria.

Of the 22 events, the Fishermen and Gulls combined to win 11, with team depth carrying the Astoria girls and Seaside boys to the team titles.

Molalla, Rainier and Valley Catholic were the other schools competing in the annual meet that celebrates the life and honors the memory of Andrew Nygaard, a young swimmer with the North Coast Swim Club who died following a workout in 1998.

“Overall it was a good meet,” said Seaside coach Shane Spell. “We had a fair number of kids battling illness this week, but they still responded well. Other teams were dealing with that as well. We need to keep focusing on improving each day. (Next) Friday will be a tough meet at Newport with a lot of fast competition, which will be a great opportunity for some new best times before we head into winter break.”

Astoria and Seaside set the tone early, with the Lady Fish winning the 200-yard medley relay in 2 minutes, 14.24 seconds, with the foursome of juniors Constance Rouda, Grace Peeler and Tori Smith, and freshman Emelia Cameron.

On the girls’ side, Smith won the 200-yard individual medley for Astoria, while Seaside’s Kaisa Liljenwall, a Warrenton student who competes for the Gulls, won the 100-yard freestyle in 1:04.90, just ahead of teammate Nicole Blankenhorn (1:06.52).

In one of the most exciting races, Seaside’s foursome of Liljenwall, Taryn Shay, Brooke Blankenhorn and Nicole Blankenhorn won the 200-yard freestyle relay in 1:58.57, clipping Astoria’s team of Peeler, Rouda, Cameron and Smith (2:01.12).

Peeler added a victory in the 100-yard breaststroke (1:26.02), before the Lady Gulls (Liljenwall, Shay, Emily Philbrook, Brooke Blankenhorn) capped their meet with a win in the 400-yard freestyle relay (4:42.56).

Astoria had to finish at least second in the event to win the team title, which the Fishermen did in 5:22.73.

For the Seaside boys, “Sam Heroux had a nice 200 IM, dropping off a couple of seconds on his PR from last week, which was a significant improvement from districts last season,” Spell said.

“Henry Garvin had two solid swims in the 50 and 100, a lot of potential ahead,” he added. “Logan Dennis in the 100 fly and Leif DeWinter in the 100 breaststroke were strong swims with good time drops. We’ve got a lot of work to do, but the team is seeing the results of their work, so that’s encouraging.”

For the Lady Gulls, he said, “Kaisa Liljenwall and Nicole Blankenhorn going 1-2 in the 100 free was a nice boost. Looking forward to seeing them push each other to big stuff later in the season. Brooke Blankenhorn made her debut in the 500 for this season, good first swim and will keep dropping time.”

Get to know the Wisconsin Badgers' 2020 football recruiting class