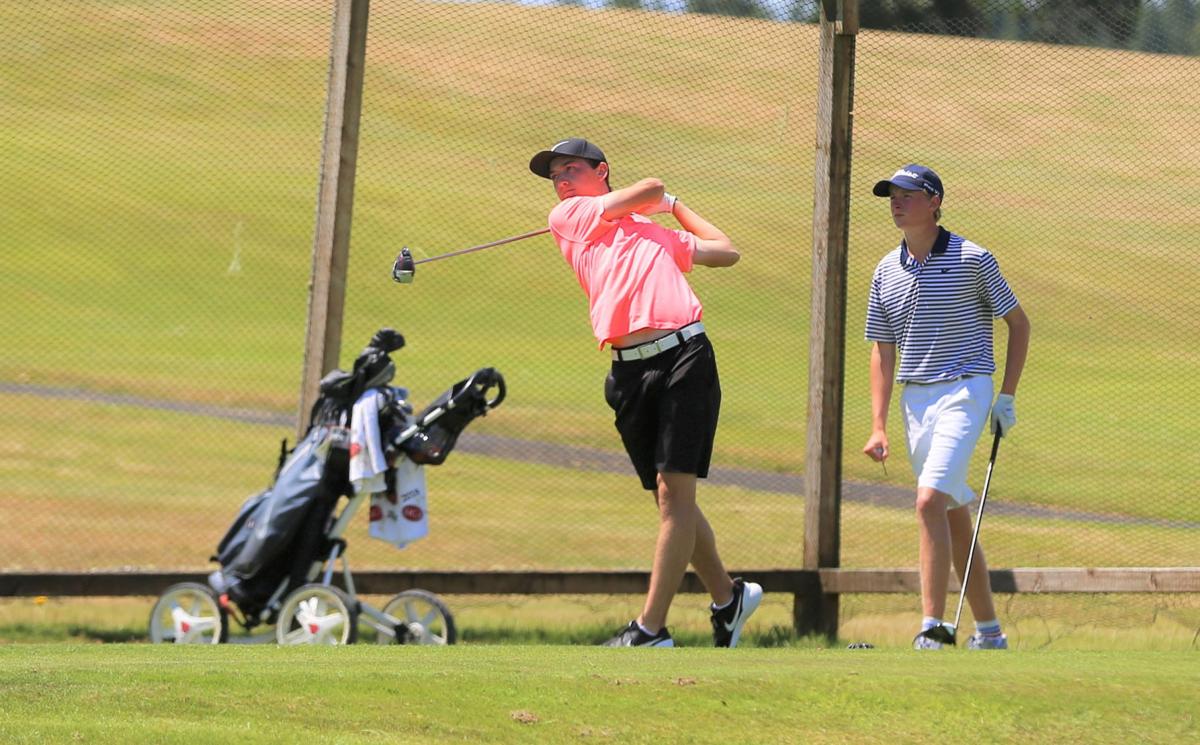 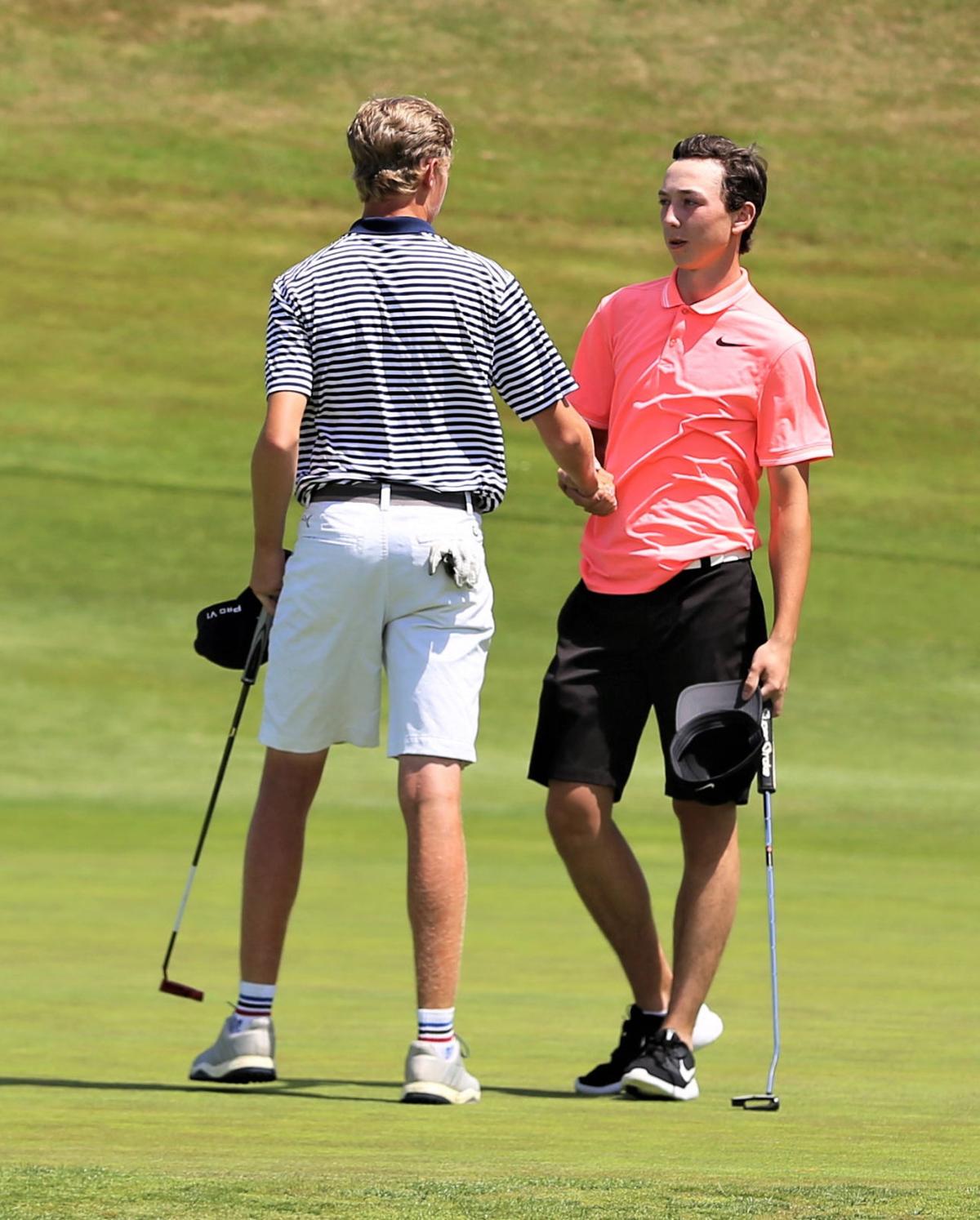 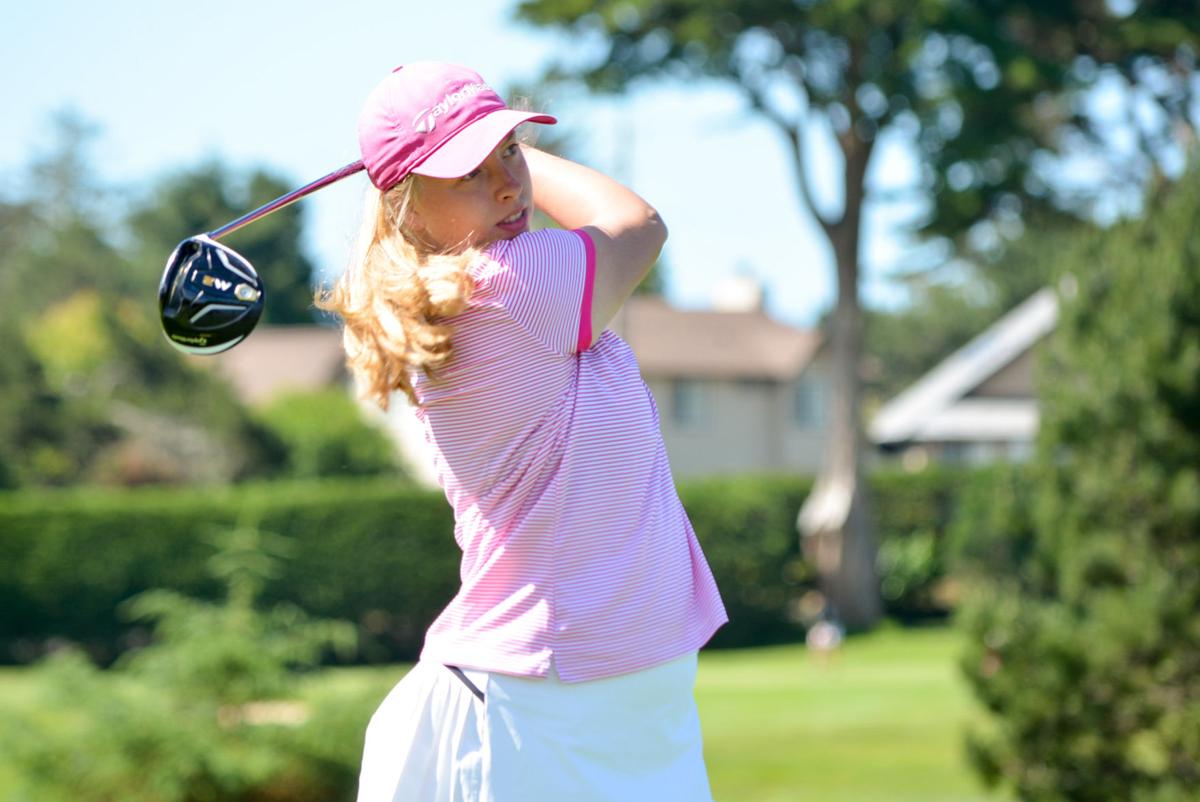 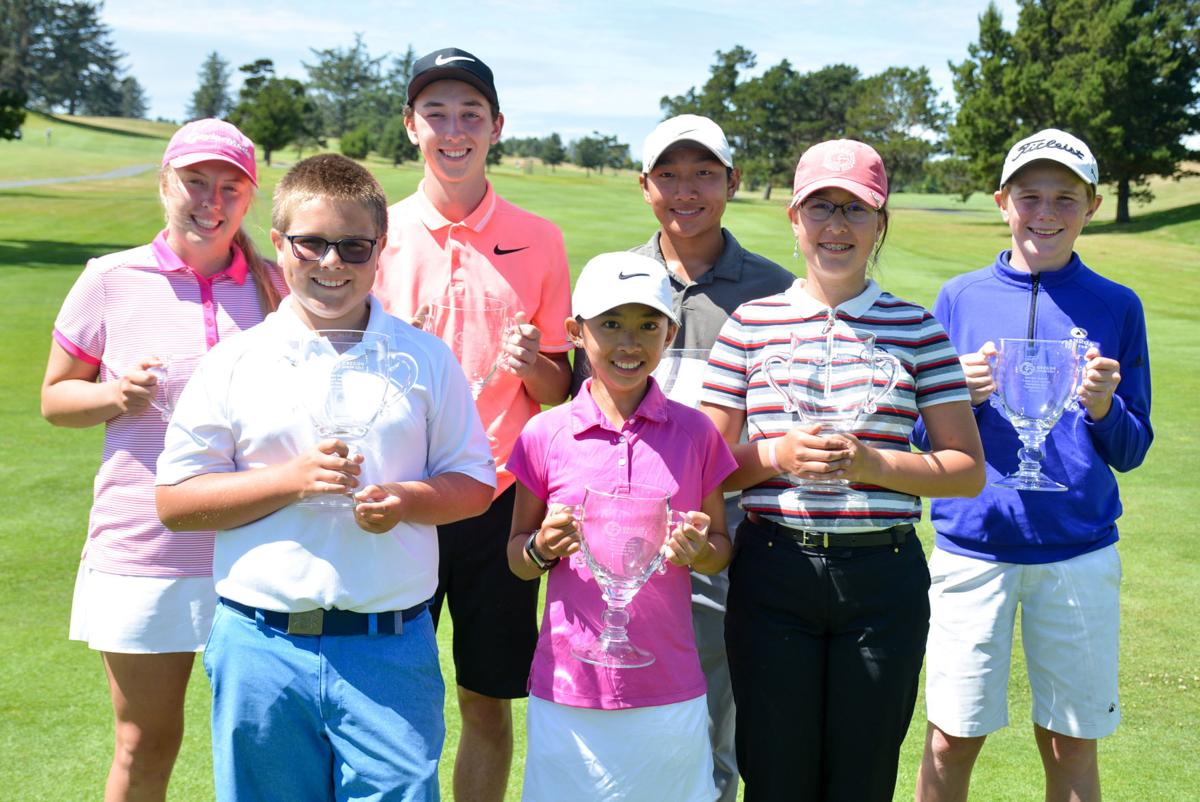 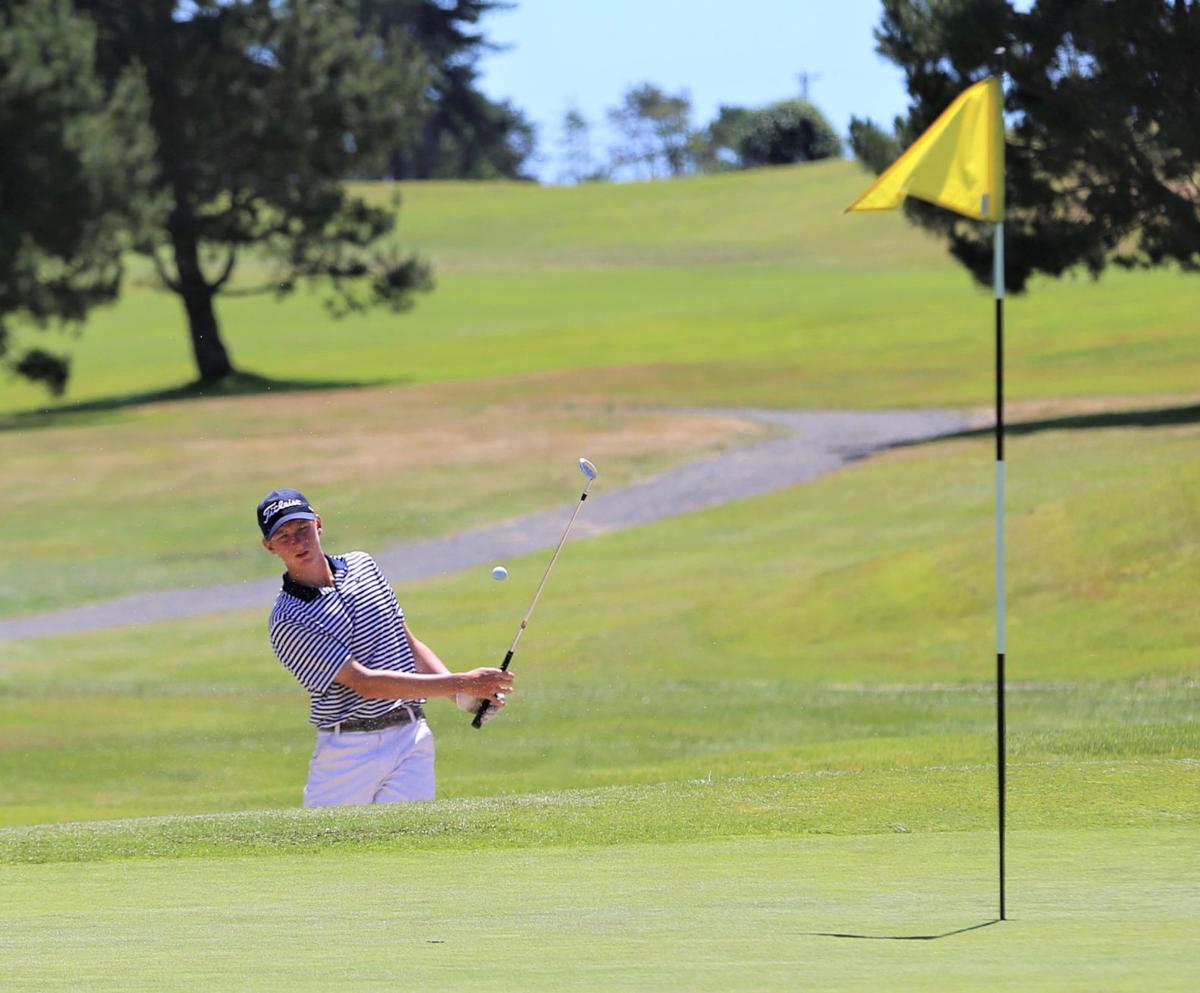 Johnny Ward of Lake Oswego chips on to the green in Friday's final junior boys' match.

Johnny Ward of Lake Oswego chips on to the green in Friday's final junior boys' match.

WARRENTON — Portland’s Nate Stember and Olivia Loberg of Bend were the big winners Friday at the Astoria Golf & Country Club.

Stember played Johnny Ward of Lake Oswego in Friday’s match play final. The two golfers were each coming off state titles in May.

Stember — who competes for Lincoln High School — took medalist honors in the Class 6A state championship, while Ward was a member of Jesuit High School’s state-winning team.

The two players went back-and-forth in Friday’s championship match, with Ward going into the 17th hole 1-up. Stember won No. 17 to even the match, and both players had birdie putts on the par-4 18th. Ward left his first putt short by five feet, while Stember hit his three feet past the hole.

Stember will be a senior at Lincoln, and was a member of last year’s Team Oregon at the prestigious Eddie Hogan Cup team matches, and earlier this summer qualified for the 2018 U.S. Junior Amateur Championship.

The girls’ final was between Loberg and recent Tigard High School graduate Victoria Gailey. The two golfers went to the 18th hole tied.

Gailey had a long birdie attempt, hitting it past the hole by four feet. Loberg left herself a five-foot putt for par. Both players made par, and the match went to extra holes. On the 19th, Loberg won the hole and the match.

Loberg is a rising junior at Summit High School in Bend. She won her second-consecutive Class 5A individual state championship in May.

A few local golfers made it to Friday’s finals.

In the junior boys’ championship flight bracket, recent Seaside graduate Jackson Kunde lost in the first round (2&1) to Luke Simoneau.

In second flight of match play, Seaside’s Samson Sibony defeated Henry Steele, 1-up, in the first round, but then lost to Curtis Posner in the second round, 5&4.

In the boys’ age 14-15 championship flight bracket, Brandon Eyre defeated Seaside’s Carson Kawasoe, 1-up. Kawasoe responded with a 2&1 win over Cole Rueck in the first flight, but lost 1-up to Andrew Reinhardt in the third round.

In the same age bracket, Collin Hodgkinson defeated Seaside’s Curtis Kunde, 4&2, in the second round of the second flight.

The results of championship matches in each division:

Wyoming 'will have fans' at War Memorial Stadium this fall

Ahead of Missouri football's opener, protests over health concerns continue

Pac-12 primer: Examining the factors that led to the league’s decision to play ball