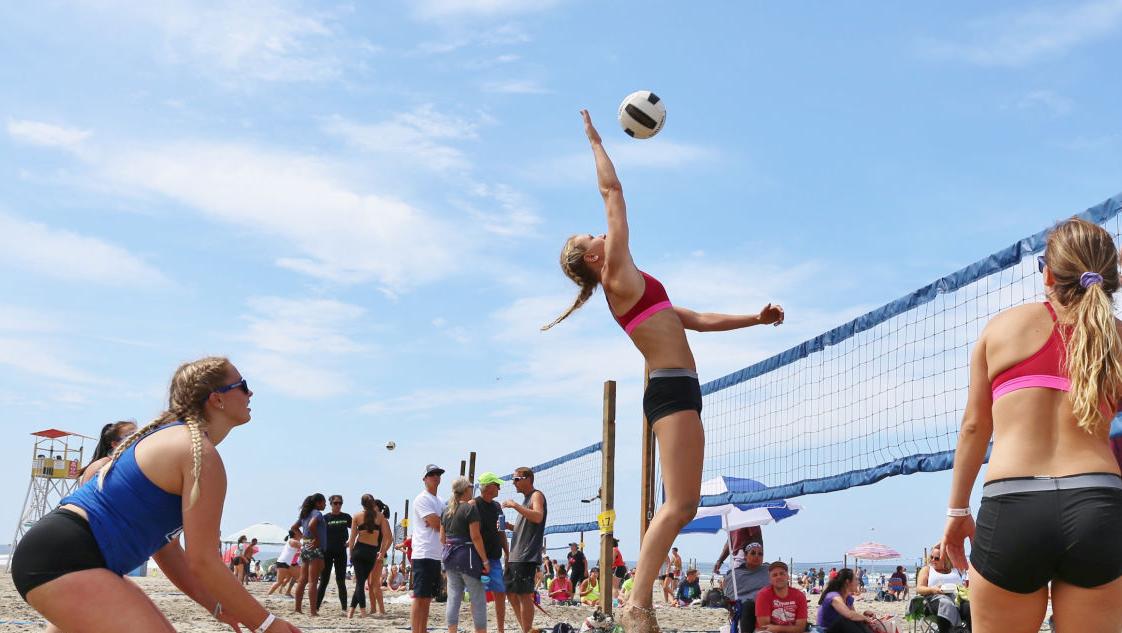 Volleyball players hit the beach in Seaside in 2017. 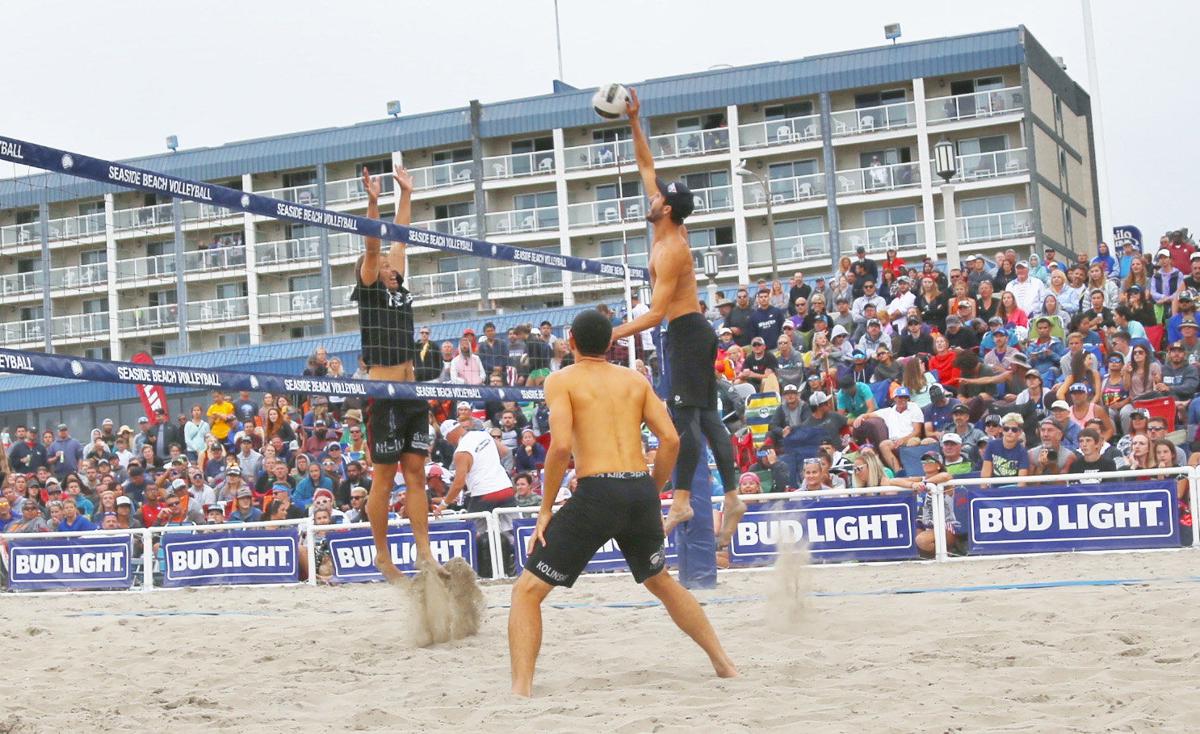 The amateur beach volleyball tournament is considered the largest of its kind in the world. 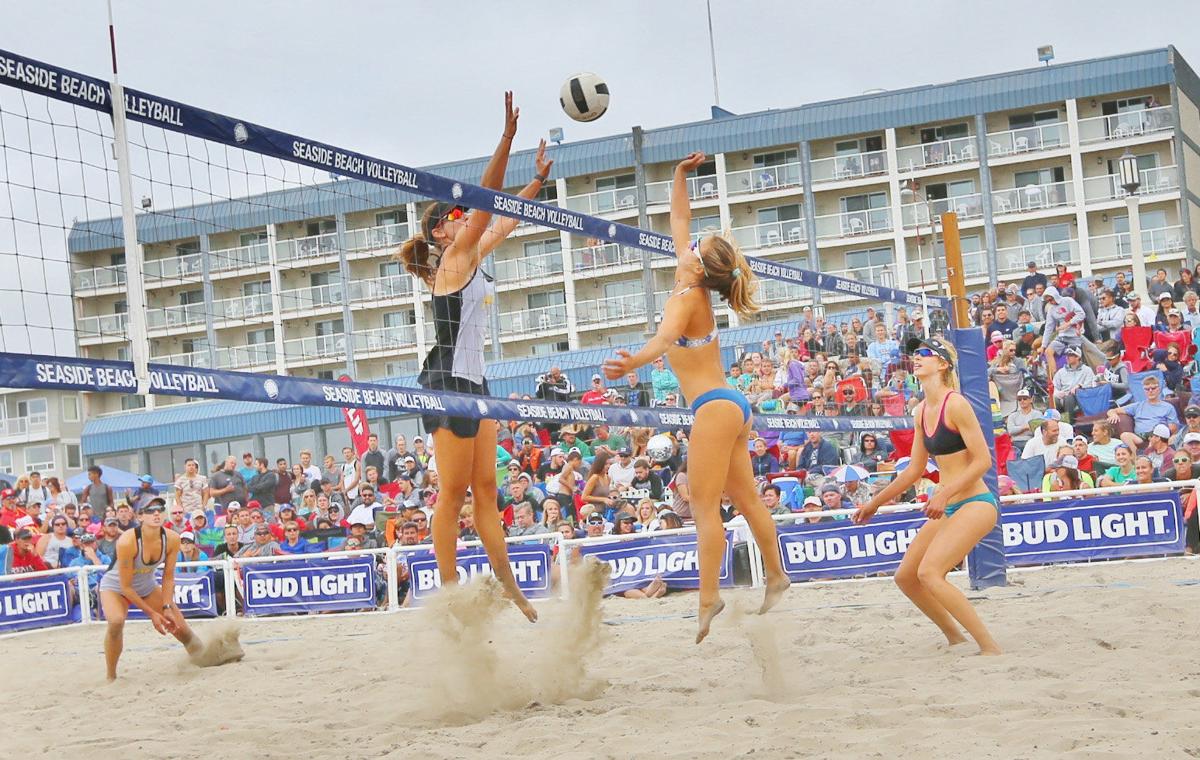 More than a thousand teams entered the beach volleyball tournament.

The event is a major summer attraction for downtown Seaside.

Volleyball players hit the beach in Seaside in 2017.

The amateur beach volleyball tournament is considered the largest of its kind in the world.

More than a thousand teams entered the beach volleyball tournament.

The event is a major summer attraction for downtown Seaside.

“It was incredible,” Ching said of her experience at the tournament. “You hang out and have a good time.”

In the final match, every player was essential for the team win. Considering this was their first time playing together as a team, it was impressive to see their chemistry.

Wilson, Losik and Harrison fought hard on the net as blocking and hitting machines. Ching took care of the defense and was an asset for picking up tips.

The team travels with a crew from Santa Cruz of about 35 people.

“It’s kind of a tradition,” said Ching, who has been to the tournament three times.

“It was an epic year,” Wilson said. “We had a really good group of people.”

What Wilson appreciates about the Seaside tournament is that “everyone that comes here stays and watches.” He has attended nine times, and said this year was his favorite because of the rallies he had during the matches.

He said that this is an event that has grown from what used to be about five courts to what are now 154.

“There’s nothing like it,” Owen said. “For a small town having one of the world’s largest beach volleyball tournaments is a blessing.”

Owen said he was happy with the flow of events, and the change that made it so youth were guaranteed at least two days of play.

The event, which began Thursday, was predicted to bring in more than a thousand teams. If not playing volleyball, people were lounging on their chairs and couches or dancing and cheering the players on.

“We are highly impressed that people come here and just love the experience,” Owen said.

Saints announce plan to allow fans in the Superdome