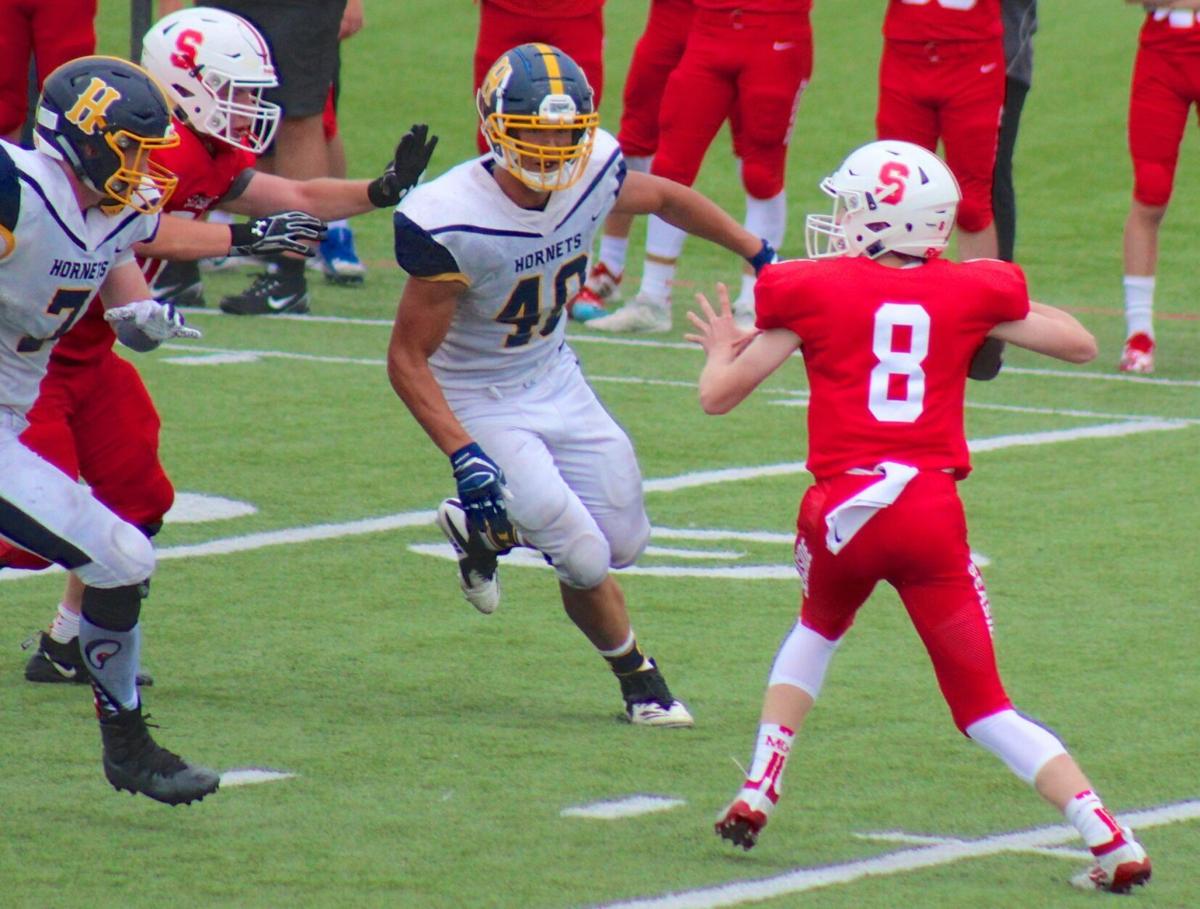 Junior Carson Kawasoe (8) will be calling the signals and throwing passes for the Gulls this season. 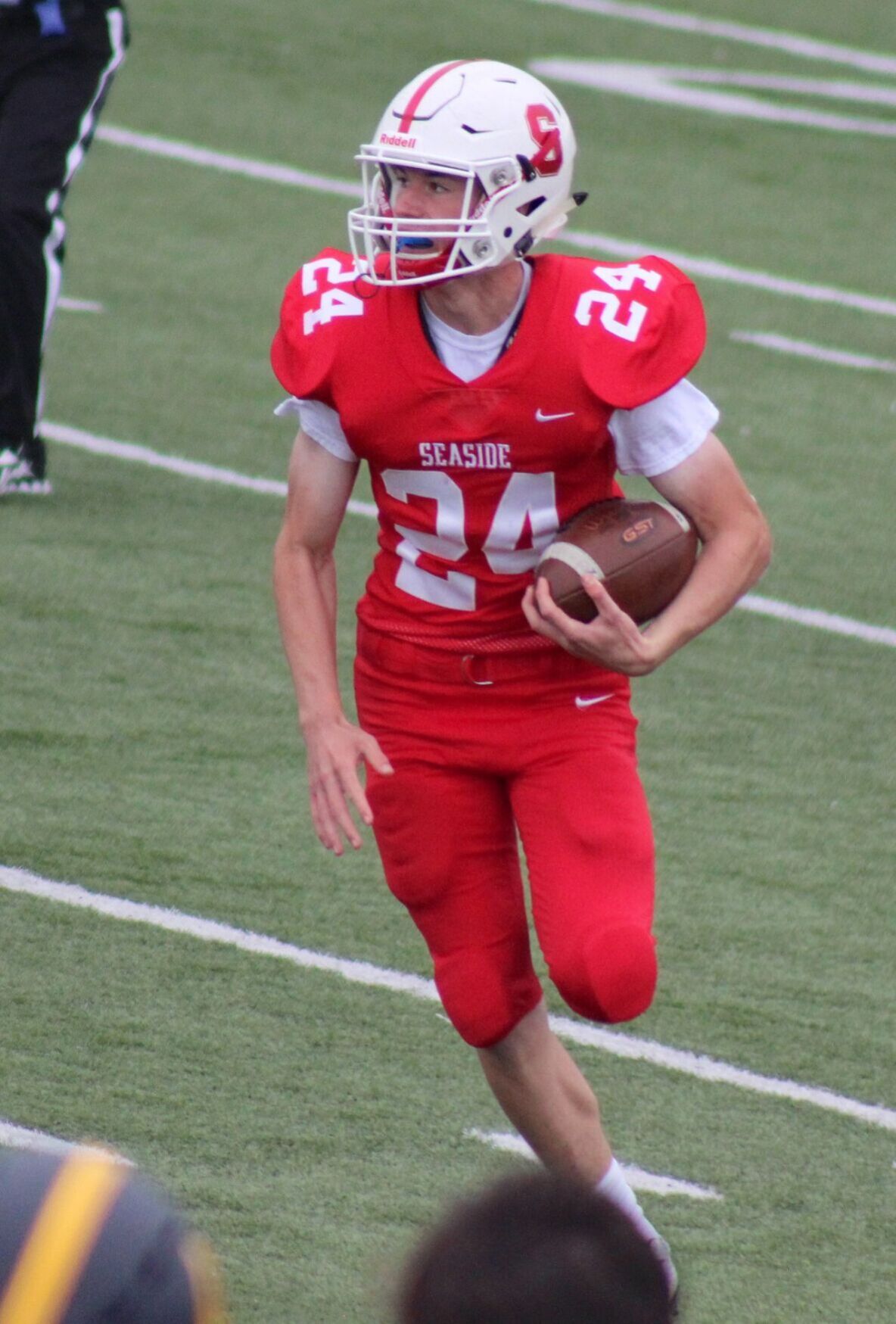 Aedyn Cook could be all-league on both sides of the ball this spring.

Junior Carson Kawasoe (8) will be calling the signals and throwing passes for the Gulls this season.

Aedyn Cook could be all-league on both sides of the ball this spring.

It was a tough start, but a pretty good finish for Seaside football in 2019.

Aaron Tanabe’s first year as the Gulls’ coach seems like ages ago as the athletic director and head coach enters his second season after the long break.

The Gulls’ last appearance on the field ended in a first round state playoff loss at Marist on Nov. 8, 2019.

The game capped a 4-2 finish for Seaside over the final six games of the 2019 season — a much different look than the start.

Seaside began the season with three straight defeats, which included blowout losses to Marist (35-3) and Gladstone (34-0).

The Gulls turned it around from there, winning three straight to open league play, before a 34-6 loss at Banks in the rematch of the 2018 state championship game.

Tanabe’s team goals this spring are similar to how things played out in the fall of 2019: “Get better at something every day,” said Tanabe, the Cowapa League’s co-Coach of the Year last season.

Seaside’s strength in 2021, he adds, is “commitment. We’ve had 30 to 35 kids at our workouts since June. I couldn’t be prouder of our kids’ commitment level these past eight months, even with our season being far from a sure thing. We’re ready to go.”

League predictions will be tough, given all the variables. The only known part is that the Cowapa League is always tough.

“Tough games week in and week out,” Tanabe said of the Cowapa. “We’re looking forward to the five opportunities we have to measure ourselves against someone else.”

And given their strengths and improvements made, Seaside will be right there, once again challenging for the top spot in the Cowapa.

Also one of the top running backs in the league, Teubner could be on the field 48 minutes every Friday night.

“We expect Andrew to be one of our primary ball-carriers once again this season,” Tanabe said. “On defense he’s a great tackler who plays bigger than he is.”

Senior Aedyn Cook was an all-league running back in 2019 and will likely add his name to the league’s all-defense team this year as a linebacker.

“Aedyn will also be one of our primary ball-carriers,” Tanabe said. “On defense he is one of our most versatile players and a sure tackler.”

Talamantez can line up at tight end, running back and linebacker.

“Lawson might be the best all-around player on our team,” Tanabe said. “He’s going to play tight end and get some carries at running back. On the other side of the ball, we expect him to be one of the best defensive players in the league for the next two years.”

Senior Jeremiah “J.J.” Stanley “started at guard for us (in 2019) but will move to center this year. We also expect him to start at defensive tackle.”

Running the show on offense will be junior quarterback Carson Kawasoe.

“Carson’s skills were evident the moment he stepped on campus,” Tanabe said. “Now as a junior, the physical side has caught up. We’re very excited about his future.”