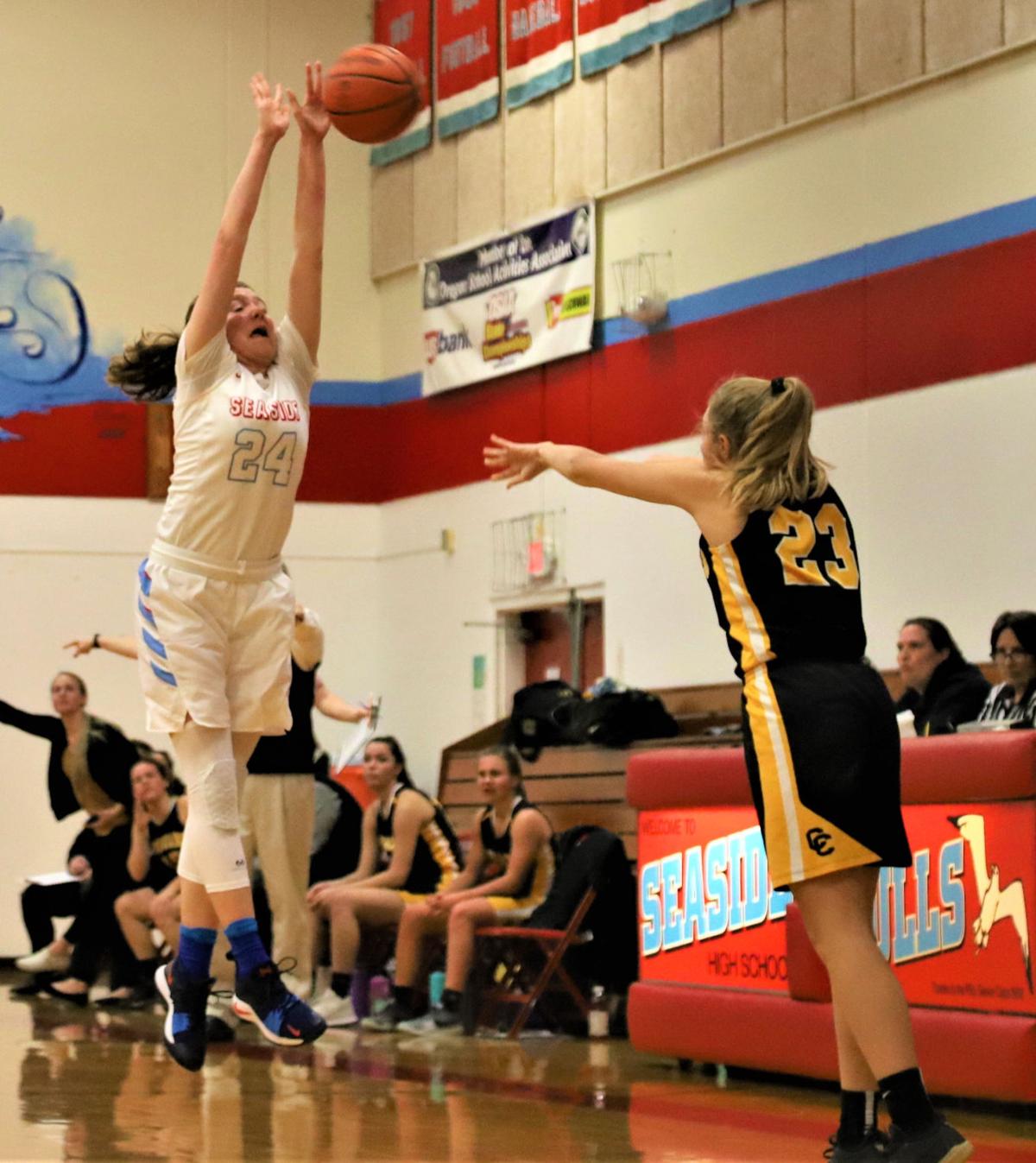 Jeff Ter Har/For the Daily Astorian Seaside freshman Lilli Taylor knocks down a pass for the Gulls in their win over Cascade. 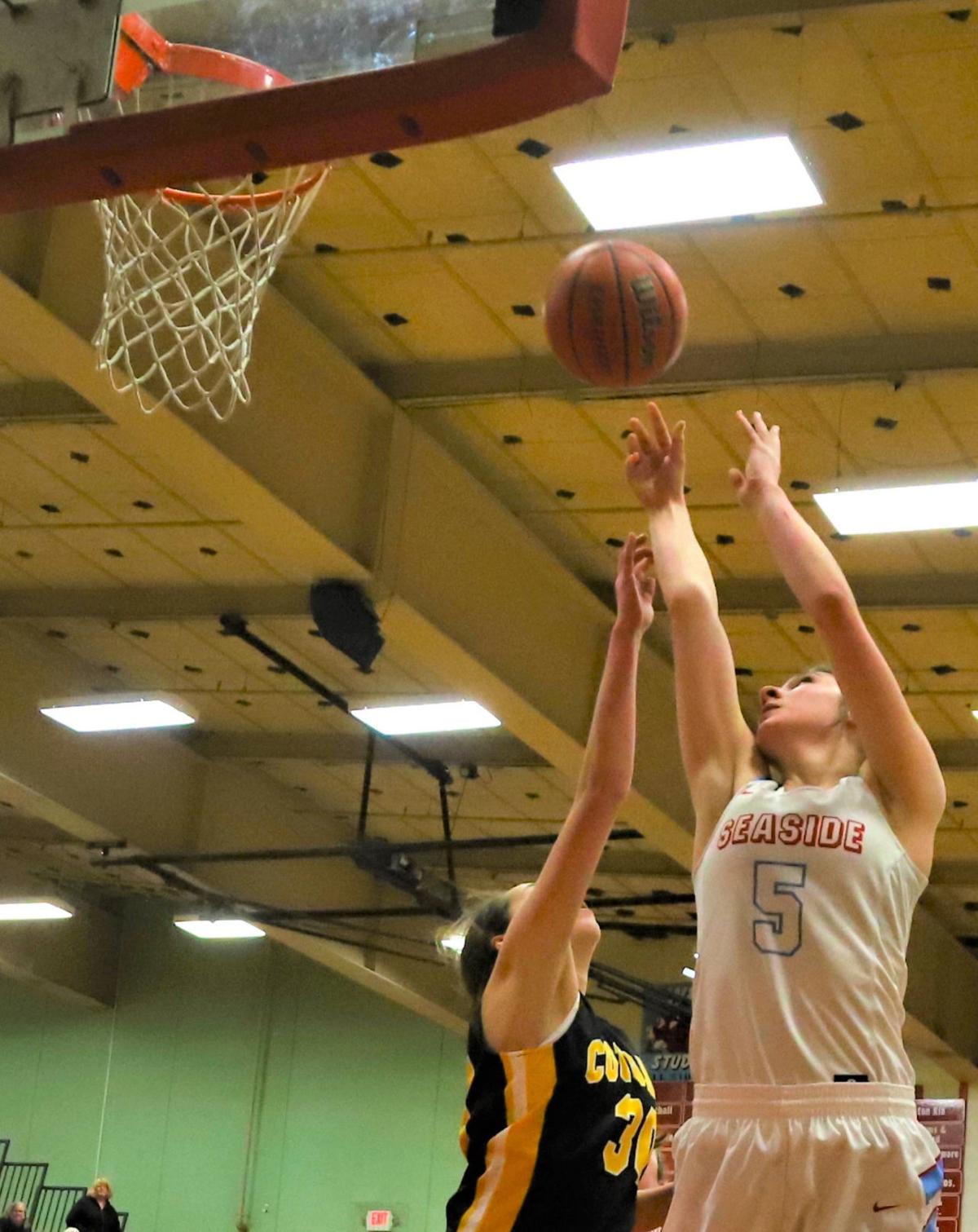 Jeff Ter Har/For the Daily Astorian Seaside's Morgan Blodgett gets a shot up over a Cascade defender in Saturday's win.

Jeff Ter Har/For the Daily Astorian Seaside freshman Lilli Taylor knocks down a pass for the Gulls in their win over Cascade.

Jeff Ter Har/For the Daily Astorian Seaside's Morgan Blodgett gets a shot up over a Cascade defender in Saturday's win.

SEASIDE — Seaside bounced back from a season-opening loss Wednesday at Stayton with a 37-25 win over Cascade in a nonleague girls basketball game Friday night at the Gulls’ Nest.

Seaside scored the first two points just seconds into the game — unfortunately it was into the wrong hoop, giving Cascade a quick 2-0 lead.

And the Cougars used the gift to their advantage, as they led 12-10 at halftime.

But it did not take long for Seaside to take control, as the Gulls went on a 20-0 run to open the second half. Fastbreak baskets from Lilli Taylor, Emy Kiser and Morgan Blodgett helped give Seaside a commanding 30-12 lead.

“Well, after a first half that featured an amazing display of offensive offense, we managed to score with our press in the third quarter and take control of the game,” said Seaside coach Mike Hawes.

“We can’t always control our shooting accuracy but we can control our effort, and we’ve played hard twice.”

Taylor again led the Gulls with 10 points, followed by Blodgett and Kiser with nine apiece. Taylor also had five rebounds and four steals.

“Nice scoring balance,” Hawes said. “Kiser at the head of the press was solid and Morgan Blodgett had a good game for us and found ways to score.”

Seaside takes part in the Philomath tournament Thursday and Friday.