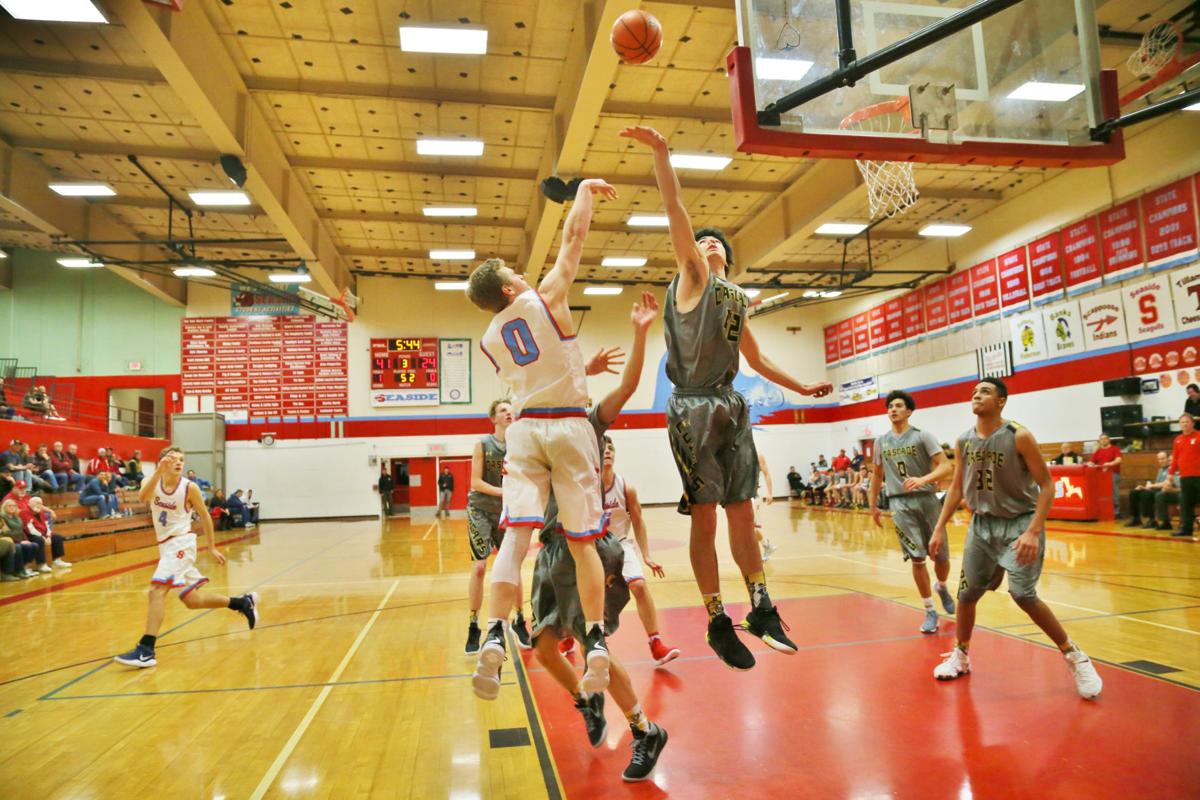 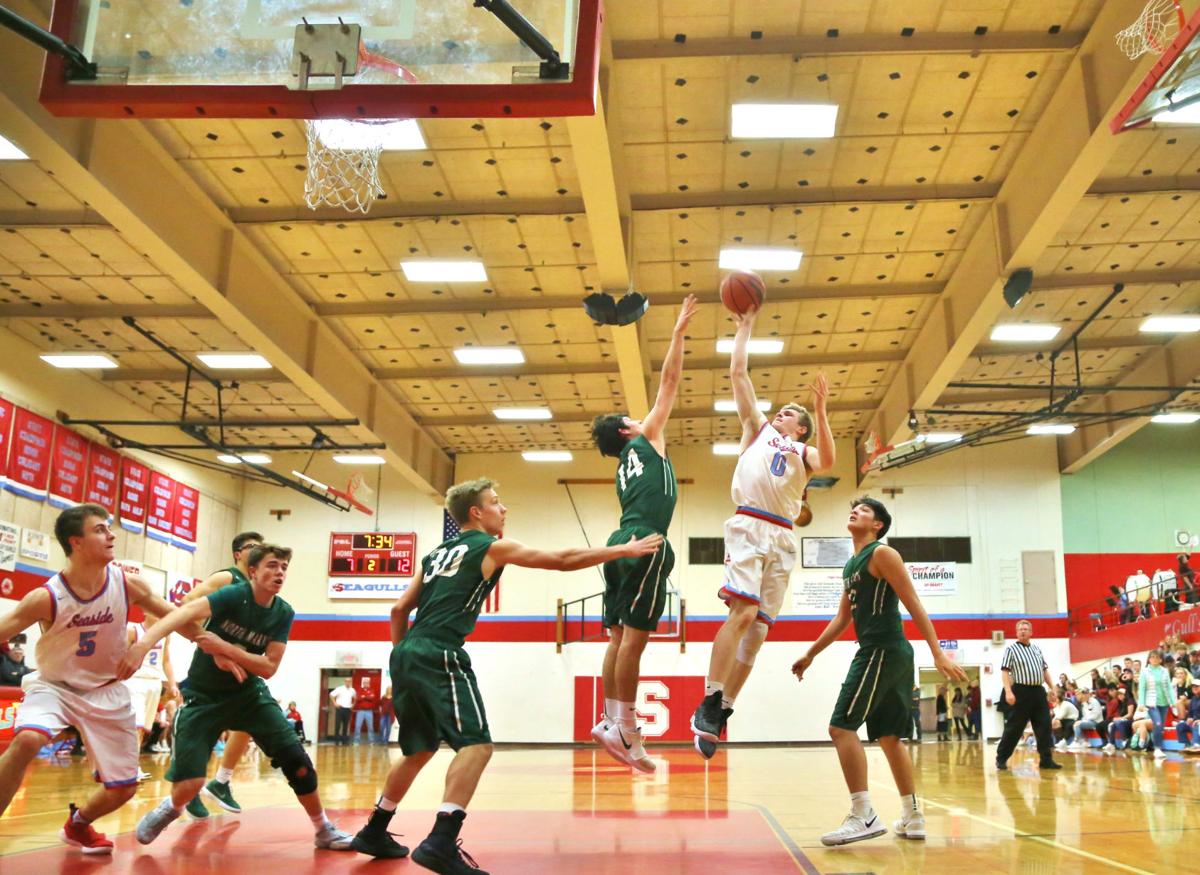 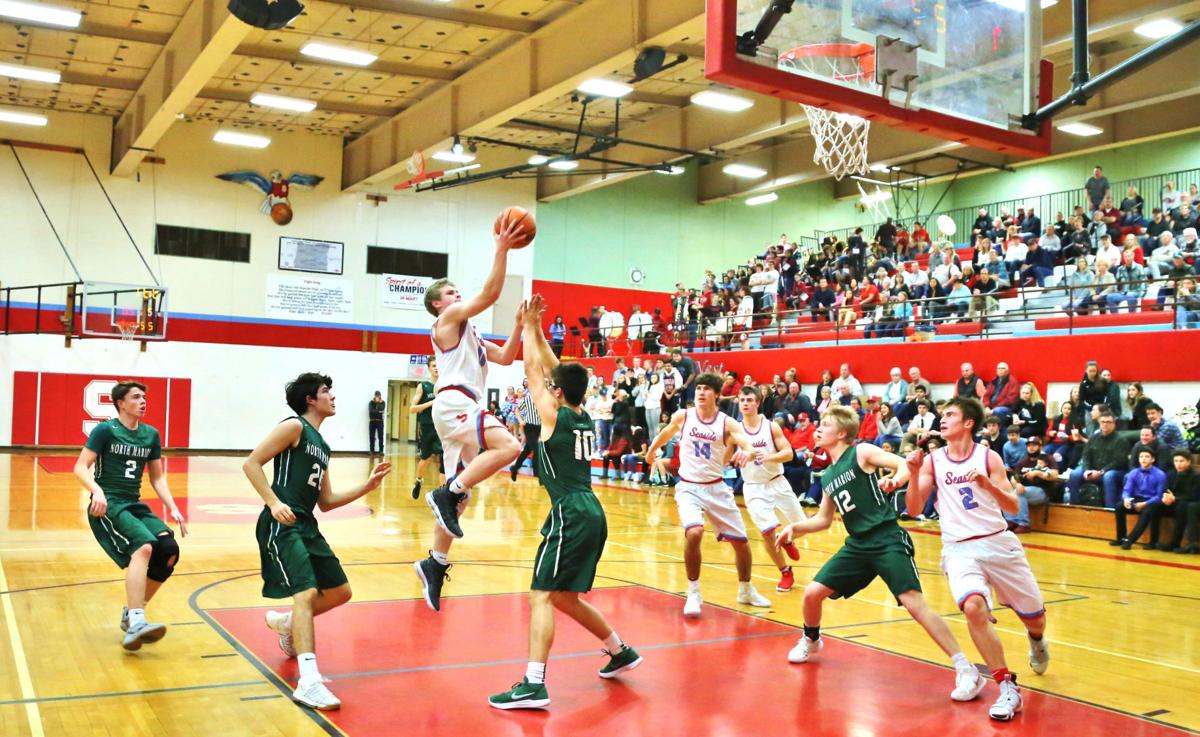 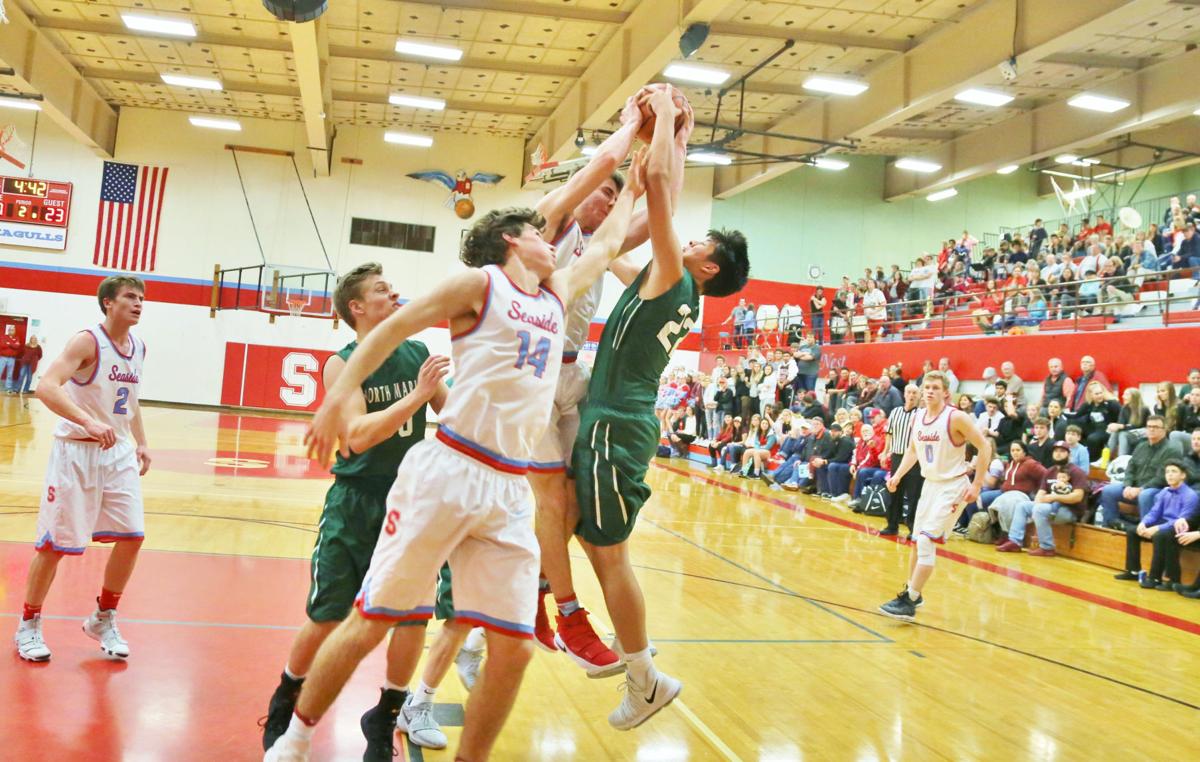 Colton Carter in the Gulls' come from behind win over North Marion, 58-55. 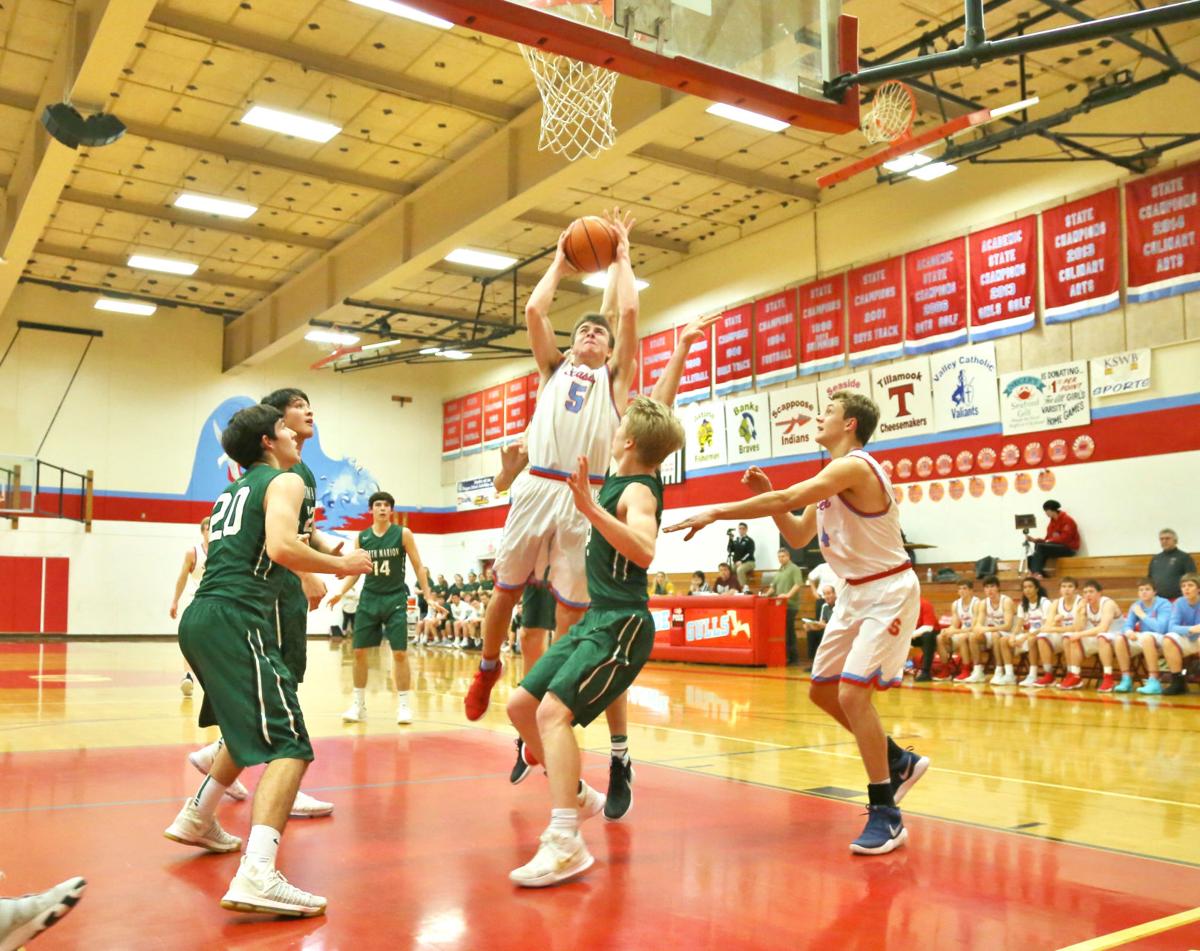 Player of the Game Duncan Thompson in the Gulls' come from behind win over North Marion, 58-55.

Colton Carter in the Gulls' come from behind win over North Marion, 58-55.

Player of the Game Duncan Thompson in the Gulls' come from behind win over North Marion, 58-55.

The Seaside Gulls rallied from a 17-point halftime deficit Jan. 12, and escaped their own court with a 58-55 win over North Marion in a nonleague boys basketball game.

Seaside “didn’t show up in the first half,” said Gulls’ coach Bill Westerholm. “Hopefully we learned a lesson.”

The Gulls finished 8-of-19 at the free throw line, which kept the Huskies in the game.

SEASIDE — The Cascade Cougars have seen enough of the Cowapa League, thank you very much.

Fortunately for the Cougs, the 71-50 nonleague boys basketball loss to Seaside Jan. 9 was the last Cascade will see of the Cowapa, barring a playoff meeting.

Against the Cowapa’s top three teams — any one of which could win the state title — the Cougars haven’t had a chance.

Cascade has lost five games, and that list includes losses to No. 1-ranked Banks (74-38), fourth-ranked Valley Catholic (60-33) and now the 21-point loss to the No. 3-ranked Gulls. (The Cougars did manage to beat Scappoose last week, the Cowapa team that will compete at the 5A level next season).

Seaside trailed Cascade 13-8 early, but by late second quarter, the Gulls were running circles around the taller Cougars.

A 3-pointer by Chase Januik and a three-point play by Payton Westerholm gave Seaside a 33-22 lead at the break.

Januik and Ryan Hague both drained 3-pointers early in the second half. Duncan Thompson and Rafi Sibony added baskets, and the Gulls had secured another win by the middle of the third quarter.

Januik led all scorers with 20 points, followed by Hague with 14 and Westerholm with 13.

NEWPORT — Vengeance was Seaside’s Jan. 5 at Newport, where the Gulls reminded the Cubs that Seaside is still the defending state champion in Class 4A boys basketball.

In a potential state championship matchup, Seaside led by as much as 10 points in the fourth, and the No. 5-ranked Gulls made just enough free throws down the stretch to hold off the No. 2-ranked Cubs.

Chase Januik scored 20 points to lead Seaside, and the Gulls had three other players in double figures to counter the 38 points by Newport’s Kye Blaser.

Newport had three 3-pointers in the first quarter, but the Gulls still led after one period, 15-13.

Back-to-back scores by Januik helped Seaside open up a 23-15 lead early in the third quarter.

Baskets by Ryan Hague and Payton Westerholm kept the Gulls in front throughout the first half, which ended with Seaside ahead, 36-31.

The Gulls maintained their lead in the third period, highlighted by consecutive scores from Januik, Duncan Thompson and Westerholm, as Seaside’s lead reached 43-35.

Blaser kept the Cubs close, but Seaside made just enough free throws in the final quarter — Westerholm making 4-of-6 in the final 1:02 — to clinch the win.