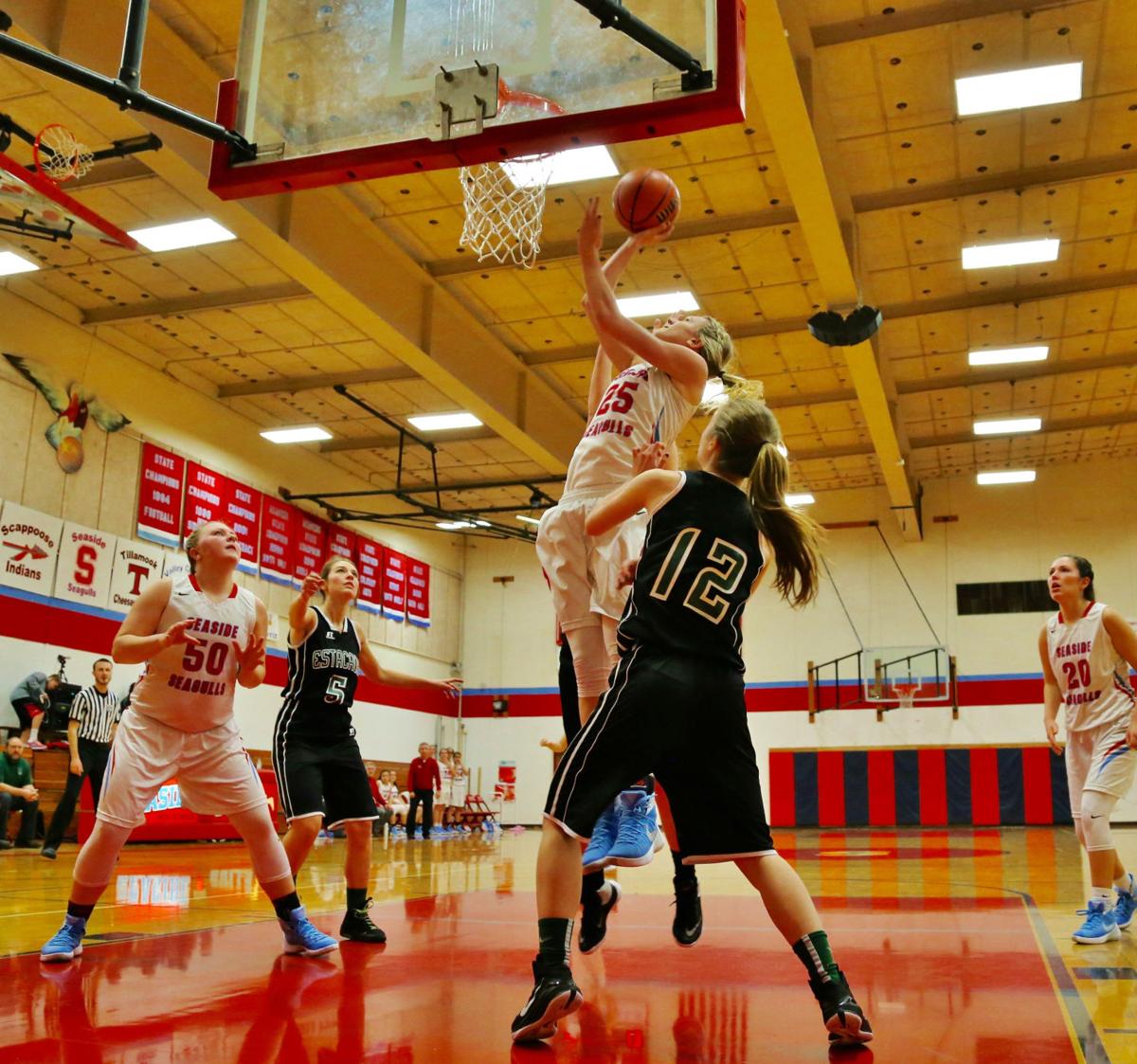 @Photo credit:Jeff Ter Har/Seaside Signal @Photo caption:Whitney Westerholm, driving for a lay-up, is an important part of the team's success on and off the field. 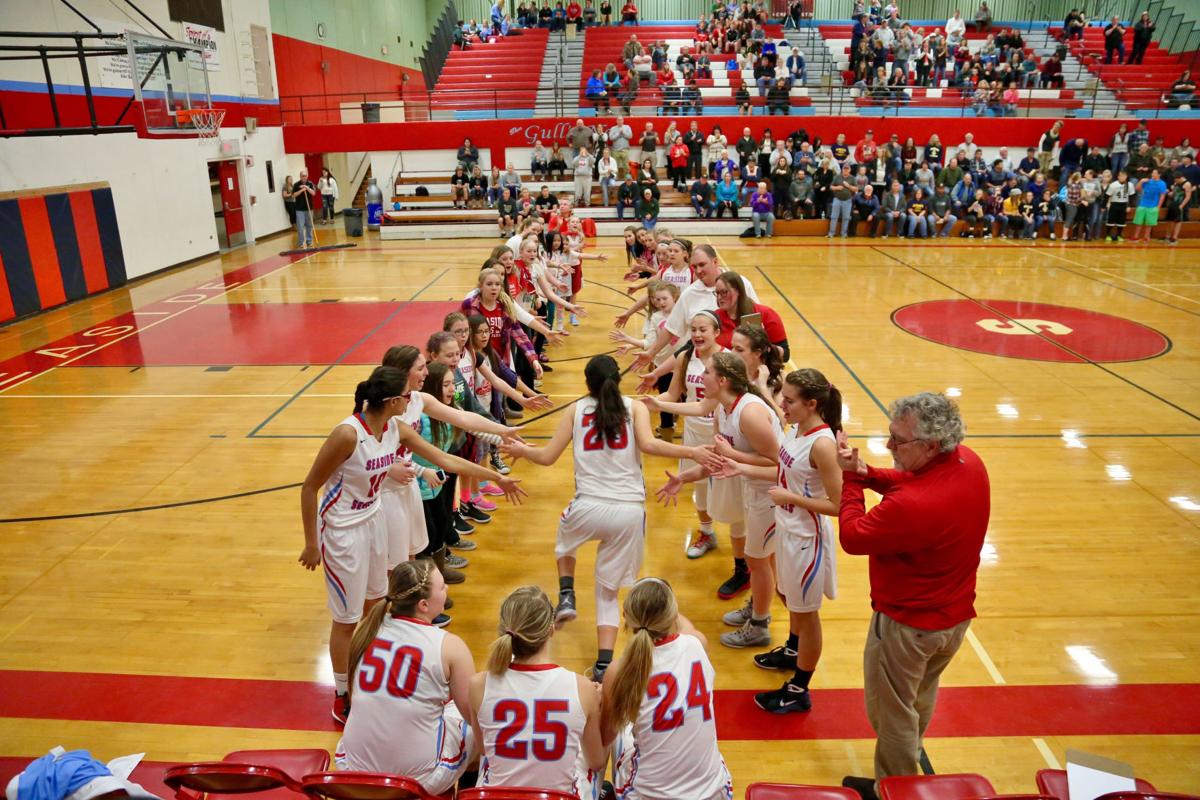 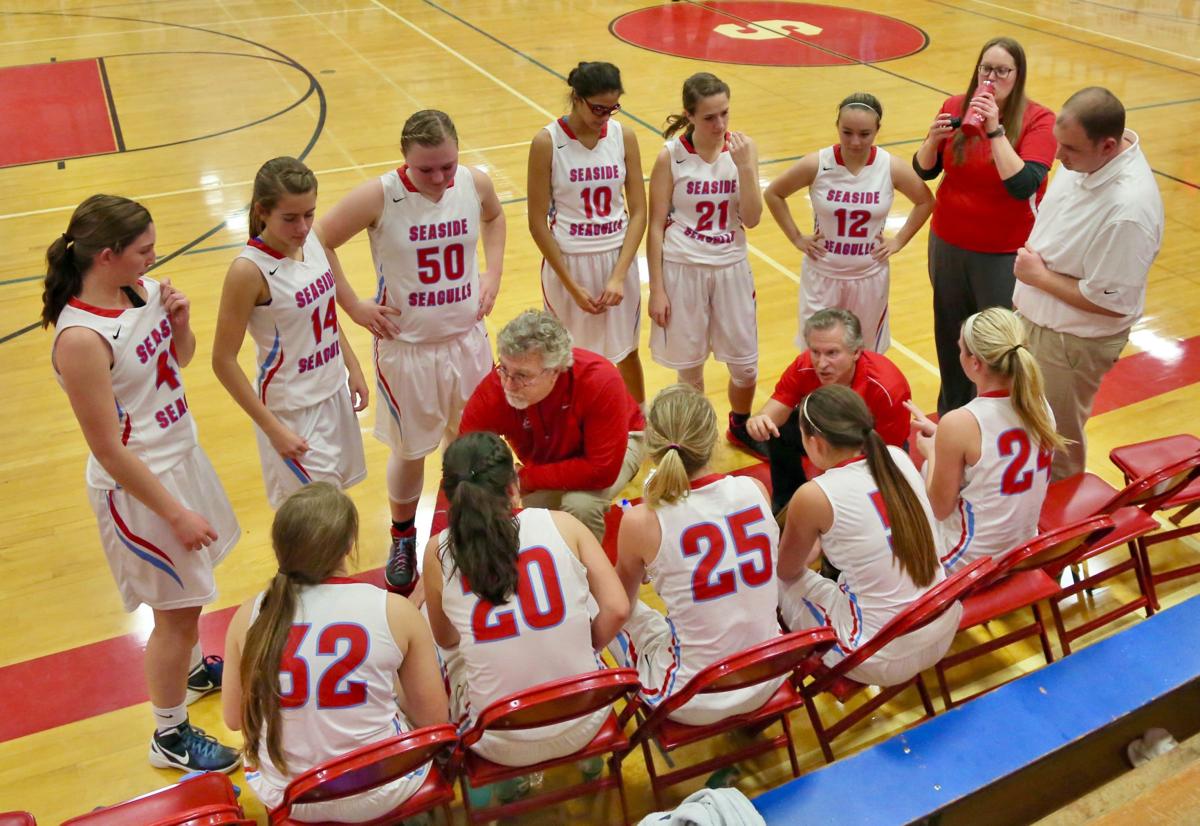 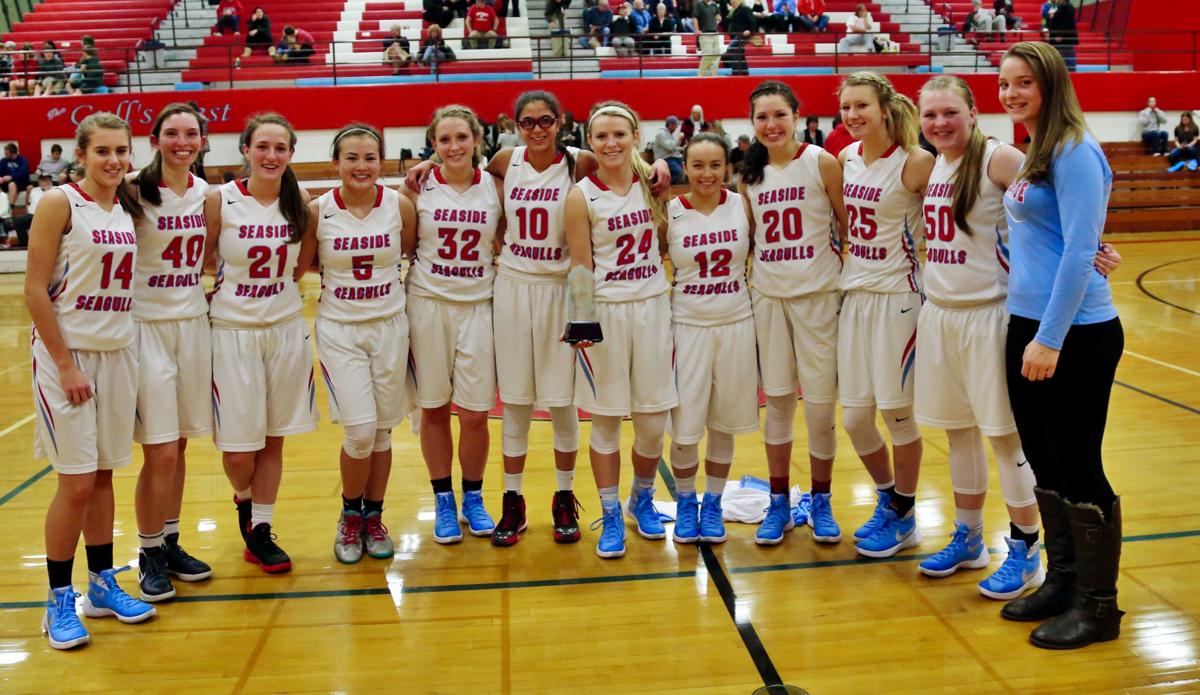 @Photo credit:Jeff Ter Har/Seaside Signal @Photo caption:Whitney Westerholm, driving for a lay-up, is an important part of the team's success on and off the field.

What do Seaside’s Lady Gulls bring to the table beside one of the top 4A basketball programs in the state and a respectable record heading into Cowapa League play? Eleven dedicated student-athletes who offer each other support and companionship as they strive to meet personal goals in each facet of life, set good examples for younger players and deliver their best behavior on and off the court.

About midway through the regular season, the players have put up some notable numbers, both as individuals and as a team. As of Monday, they were 11-2 and scheduled for a game Tuesday against Scappoose, which marked the start of league play. Coach Wally Hamer and assistant coach Mike Hawes lead the team, which is comprised of five seniors, three juniors and three sophomores.

Teamwork is a prized concept for the Lady Gulls basketball program.

During the first week of practice, the girls basketball program held an in-town retreat. After splitting off from the junior varsity players for the night, the varsity girls went over their goals for the season, according to senior Whitney Westerholm. This year, she said, they “bonded over the question” of what were their biggest fears for the season.

“You kind of get to know your team on a different level beside basketball,” she said. “We talk about how we’re going to accomplish those goals and how we’re going to overcome those fears as a group. I think that’s another reason why we’re so close as a team. Because we know each others’ fears, and we know what they need to do to overcome them. And we all have the same goal in the end.”

Some of the deep connections between players can be attributed to longstanding friendships forged through many years living in the same small town, attending the same schools and participating in many of the same activities besides basketball. Yet players like senior Jesse Trott, who moved to Seaside from out of state as a freshman, show there is more to it than simply adding up years.

“I had no friends for the first three and a half months,” she said. “When I walked on the basketball court, I kind of just immediately had friends.”

During those months, she said, she felt like an outsider “everywhere else, but not on the basketball court.”

“I never got treated like a new kid,” she added.

The team’s slogan, created two years ago and brought into re-use this year, is T², which stands for “tough and together,” Hamer said.

“It has been really a cool thing for our girls to think about, always being tough. No matter what the situation is, we’ve got to handle it in a tough manner,” he said. “And we’re going to be together and have each others’ backs, no matter what.”

As student-athletes, the girls approach the game with an understanding that other responsibilities are equally important.

The varsity team practices after school each day and on Sundays. To participate in games, the girls abide by certain criteria. They cannot be failing more than one of their five classes. They cannot practice if they’ve taken an unexcused absence that day. If they don’t practice the day before a game, they can’t play in at least the first half. If they’re failing a class, they can’t miss that class to go to an event.

Senior Annuka Brown, who plays post, said the coaches encourage them to be “really good people off the court,” which means “having respect and manners” and “treating everyone nicely.”

The girls know basketball doesn’t last forever, and when the game ends, it is what they have learned that will last.

“It’s not just about how good we are and how many points we scored and stuff like that,” Westerholm said. “It’s more about how it relates to the bigger picture.”

Hamer believes the beauty of athletics is “you can learn life skills” that can’t be learned in a regular classroom setting.

“It’s competitive and you fail, you succeed, you have to work together with people,” he said. “Where else do you learn that until you get out of high school and college? You don’t learn that in a lot of spots, unless you’re on a team.”

In addition to their families and coaches, the players see one another as a prominent source of accountability.

“We can be hard on each other and we can push each other, but we know our limits and we know when to stop,” senior Brittany West said. “I think that improves everyone on our team, younger and older.”

Trott agreed she is galvanized to succeed on the court because of her teammates.

“I want to be successful and do my personal best for my team, so as a whole, we can be successful,” she said.

This accountability, the pressure of not wanting to fail a teammate, drives the players to perform at a high level. However, when the chips are down — in a game, in a class or in life — the girls know who they can rely on for non-judgmental support, advice and encouragement. Discussing what she will miss the most when she graduates this year, West said she has “made some of the best friends I could ever ask for, and some lifelong friends.”

“I’m so close with these girls, and I could call any of them at any time of day or night and they’d be there for me,” she said.

Senior Paige Ideue agreed she would miss “the natural click of the team, because that’s really hard to find.”

The players also feel connected to their coaches, who give advice without criticism and provide support even in the face of mistakes, which relieves the girls from the fear of failure.

“You could talk to them about anything and they’d be there and understand,” West said. “I think having that relationship with a coach or coaches is something rare.”

Sometimes, the students take on leadership roles themselves, which provide further learning experiences.

The past two summers, the squad has held a three-day summer camp at the Cedar Ridge Retreat and Conference Center in Vernonia for Seaside youth that focuses on having fun and teaching life skills, in addition to basketball practice. They also work at Pacific Basketball League tournaments and host clinics.

They invite the PBL middle-school and elementary-aged girls to games, and they show up wearing jerseys adorned with the varsity players’ names. West said she believes it makes the whole team “feel better to see these little girls there, proud of us no matter if we have a good game or a bad game.”

She sees it as a cycle. At one time, the varsity players were kids who looked up to older high schoolers. Now the roles are reversed.

“You are the girls these people look up to, and it’s your job to be that person for someone else,” she said. “It’s just such a beautiful and rewarding thing.”

West said she looks forward to coming back later, watching the younger girls play high school basketball and “being able say, ‘I taught that girl that,’ or, ‘I helped her get better.’ That’s a really cool thing to say you did.”

The girls hope to be playing basketball into March, at the state tournament as the Cowapa League champions, which “will be tough” goals to accomplish this year, Hamer said. But what the girls will do beyond that is still being set in motion.

Ideue anticipates playing softball, her primary sport, at Centralia College in Washington on a scholarship and possibly playing intramural basketball for fun. Junior Maddi Utti is being scouted as a college basketball prospect.

For West, Brown, Trott and Westerholm, however, they see their days on the court as numbered.

“I’ve played sports for so long and I’ve been a part of the sports community for so long,” Westerholm said. “I love the sports community, but I think at this point in my senior year, I’ve kind of made my peace with the fact that this is my last year doing it. It was fun while it lasted, but it’s almost like a natural progression to move on and move on to bigger things.”

The other girls agreed playing college sports competitively is not for everyone.

She feels like she has missed out pursuing some of her other interests because of practice and games. While she is content having made that sacrifice, she said, “I”m ready to not have to say, ‘I have to be at practice right now,’ and go do other things with my life.”

'Make them remember your name': Rountree leaves mark on MU

'It's going to suck': Badgers share thoughts of playing inside empty Camp Randall