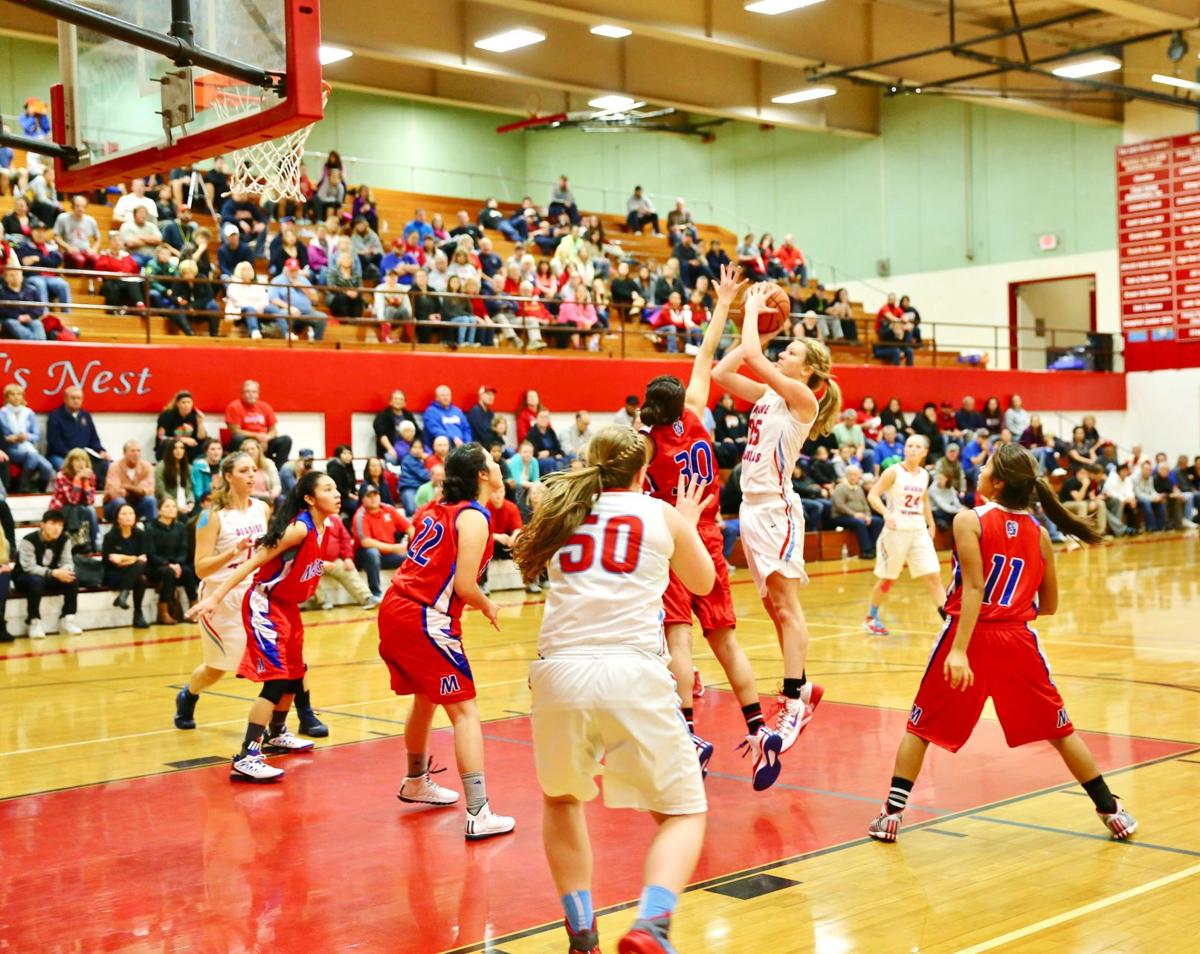 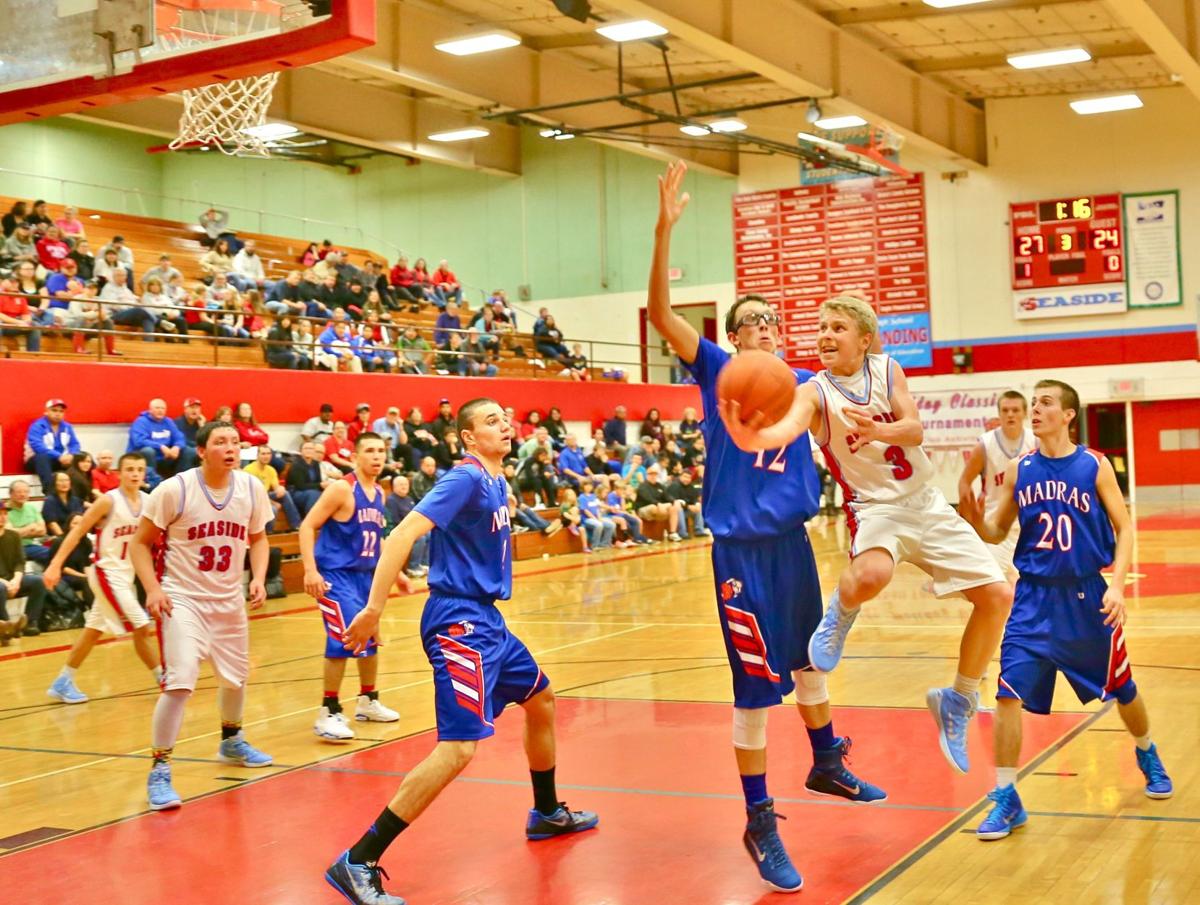 JEFF TER HAR PHOTO Jackson Januik leaps for the ball, to the Madras team's dismay, during the Holiday Classic. 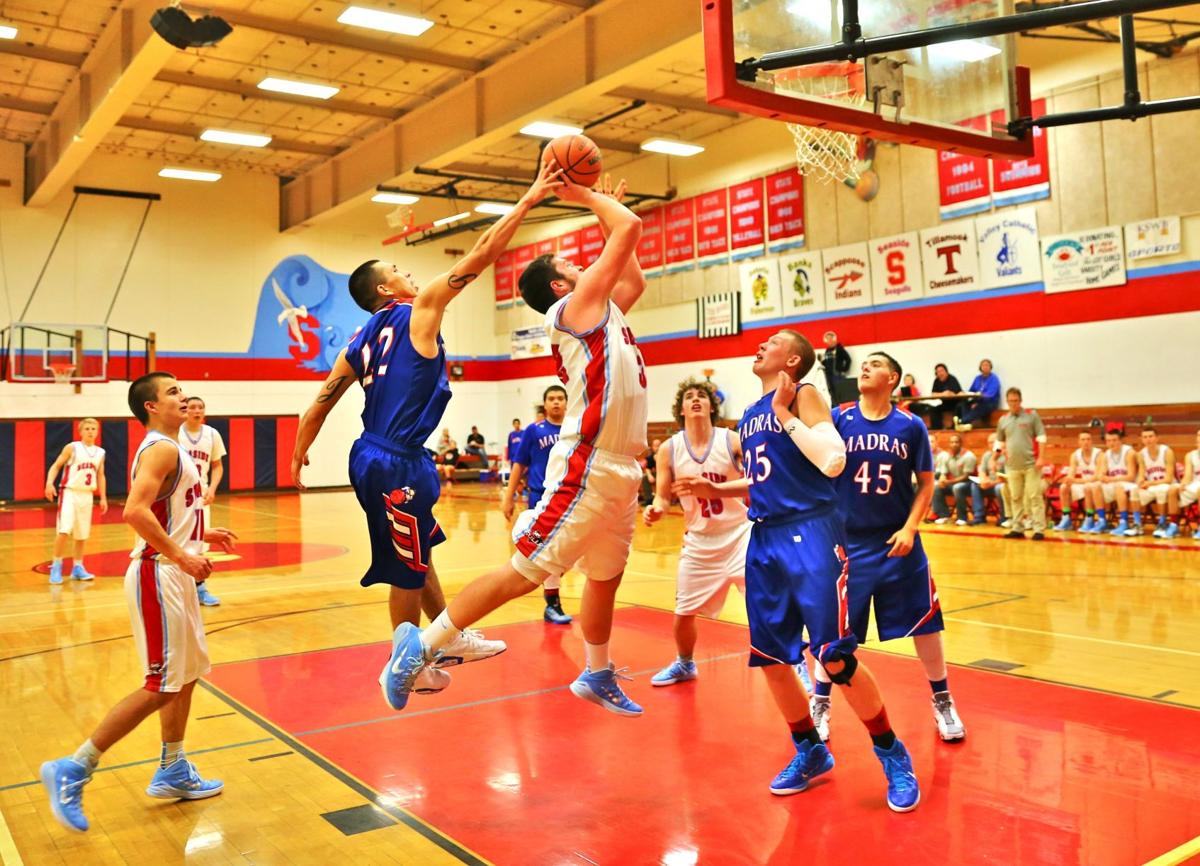 JEFF TER HAR PHOTO Austin Eagon shoots for the basket despite an attempt by a Madras player to stop him. 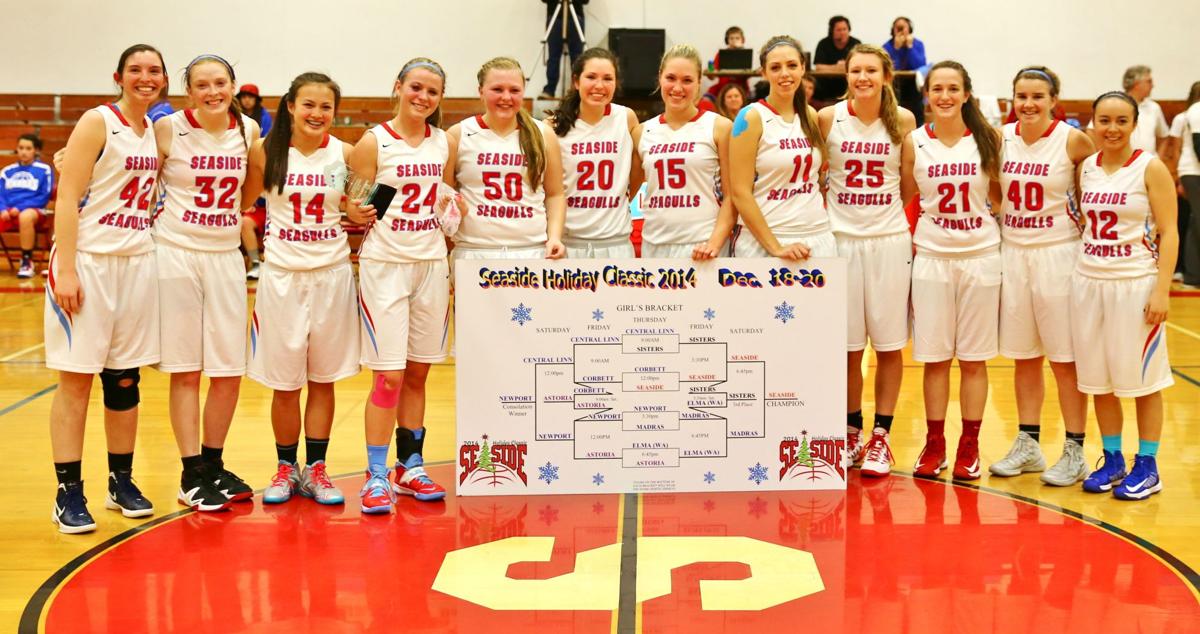 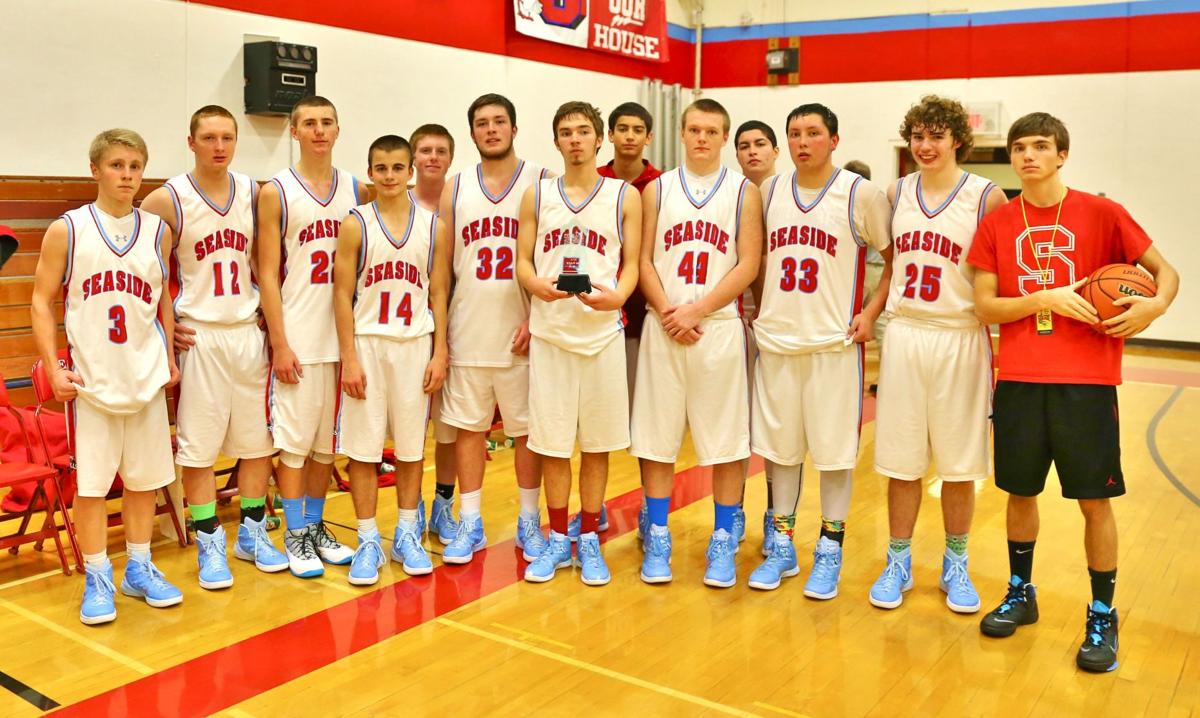 JEFF TER HAR PHOTO Jackson Januik leaps for the ball, to the Madras team's dismay, during the Holiday Classic.

JEFF TER HAR PHOTO Austin Eagon shoots for the basket despite an attempt by a Madras player to stop him.

For the Seaside Lady Gulls, it wouldn’t be a Seaside Holiday Classic without a championship trophy.

For the third year in a row, the Seaside girls basketball team dominated their own tournament, winning this year’s title game with a 53-32 victory over Madras Dec. 20 at the Gulls’ Nest.

Instead of being challenged, it was just another romp through the bracket for Seaside, which won its three games by margins of 34, 26 and 21 points, respectively.

And the Gulls saved their best for last, running the White Buffaloes right out of the gym.

Trailing 19-17 late in the first half, Seaside went on a 10-0 run to close the second quarter, highlighted by a pair of baseline jump shots from Allison Bussert. The Gulls then clamped down on Madras senior Mariah Stacona, who finished with 14 points.

Seaside opened the second half by outscoring Madras 18-5, essentially ending the game. After suffering a loss to Cascade the week before, the Gulls are right back to looking like a state championship contender.

“This was our best all-around game,” said Seaside coach Wally Hamer, whose team is 5-1 overall, and rated sixth and rising in the latest OSAA rankings. “We played good defense to hold Stacona to 14. Maddi (Utti) did a great job on her.”

Utti led the offensive attack with 12 points, followed by Whitney Westerholm with 11, and Haylee Dundas and Sydney Villegas with nine points each. All four were named to the all-tournament team.

Utti had five steals and dished out eight assists, while Villegas led Seaside with seven rebounds.

“I felt like we played good offense and defense,” Hamer said. “Allison Bussert had a good game all the way around. Whitney had a complete game as well. Haylee had another good game as did Sydney. We need to keep getting better everyday and trust each other.”

The Lady Gulls secured their spot in the championship game with an easy 57-31 win over Sisters Dec. 19.

Maddi Utti scored 16 of her game-high 22 points in the first half, as Seaside built a 34-8 lead in the second quarter and cruised to the win.

Seaside coach Wally Hamer called it a “Good effort by the girls. Maddi and Haylee provided the scoring and everyone else chipped in with defense and rebounding.”

A few hundred miles from home and a very late start did not deter Madras Dec. 20 at Seaside, as the White Buffaloes staged a fourth quarter rally to win the boys’ team championship of the Seaside Holiday Classic, with a 45-41 win over the host Gulls.

Madras and Seaside have met for the tournament title three times since 2011, with Madras winning twice.

A 3-pointer by Attikin Babb gave Seaside an early 7-2 lead, and the Gulls led 19-15 in a low-scoring first half.

Babb and Jackson Januik knocked down 3-pointers early in the third quarter, and scores by Jaxson Smith had Seaside in front 29-26 going into the final period.

And that’s where the Buffaloes took over. Voshaun Bryant and Jered Pichette drained back-to-back 3-pointers to give Madras its first lead of the game.

And although the Gulls kept it close, the Buffaloes would not trail again.

A 3-pointer by Babb was countered by two from Pichette, as the Madras senior scored 14 of his game-high 29 points in the fourth quarter.

“We’re a young team, but it showed us that we could compete against a pretty good team,” said Seaside coach Bill Westerholm. “We competed on the defensive end, and we made it difficult for them to score. Pichette had 29, but he had to earn everything he got.

“We lost track of two shooters in the fourth quarter — No. 45 (Bryant) hit a three, and then Pichette hit two threes. Other than that, we battled on the boards, and I was happy with the way our kids played.”

Madras made 6-of-9 free throws in the final 50 seconds to hold on for the win, while the Gulls came up short on a few 3-point attempts to tie, as the 11 o’clock hour approached.

The late start could have been a factor, Westerholm said.

Seaside won its semifinal game 68-32 over Central Linn Dec. 19, as the tournament’s host team jumped out to a 15-4 lead and was never challenged.

Seaside sophomore Jackson Januik came out firing for the Gulls, knocking down four 3-pointers in the opening minutes, and finishing the first quarter with 16 points and a 21-6 lead.

Alabama too strong for Tigers, but Drinkwitz era opens with a few positives