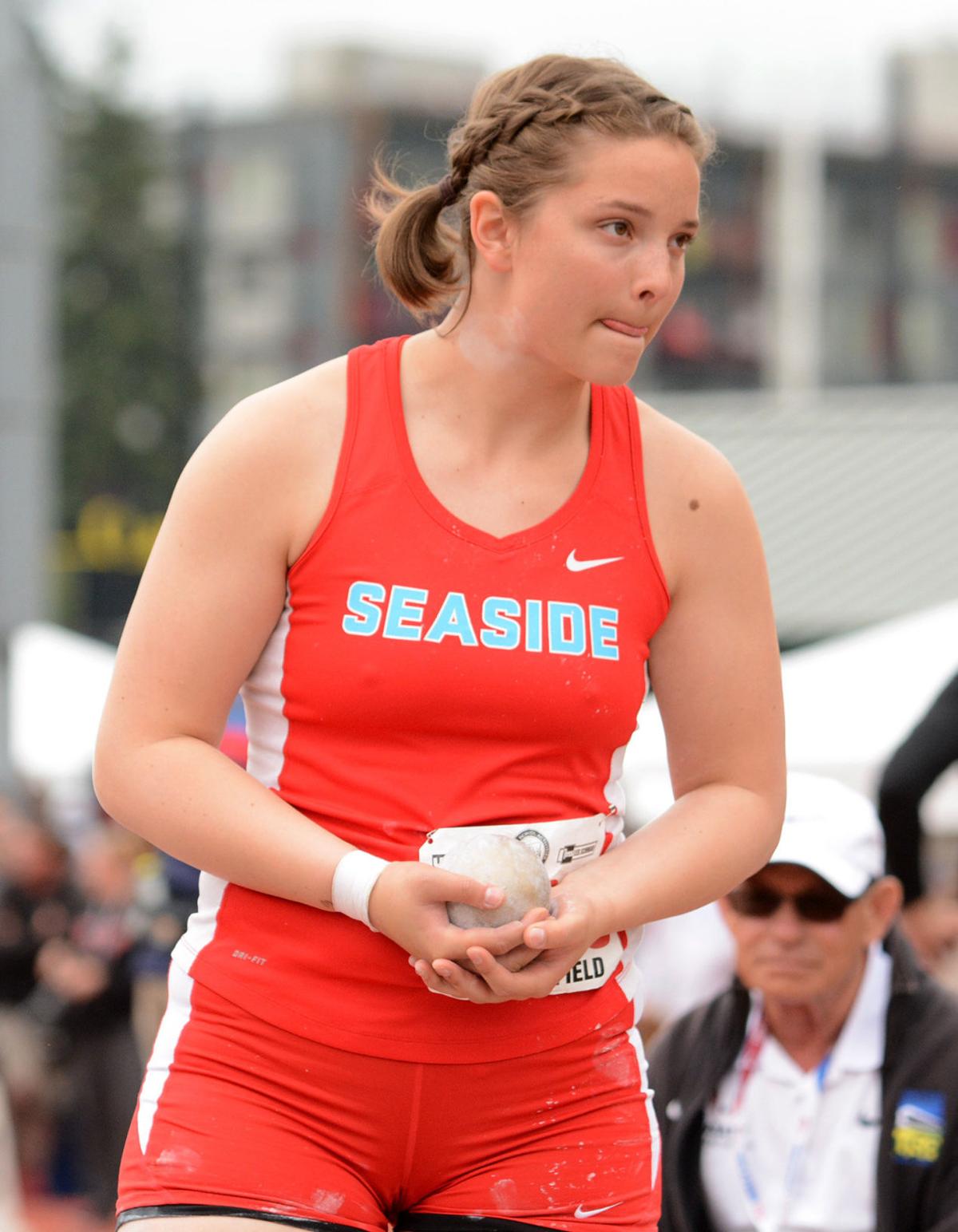 David Ball/For the Seaside Signal Seaside's Gretchen Hoekstra stares into the pit before making an attempt in the shot put. She won the event with four throws over 40 feet. 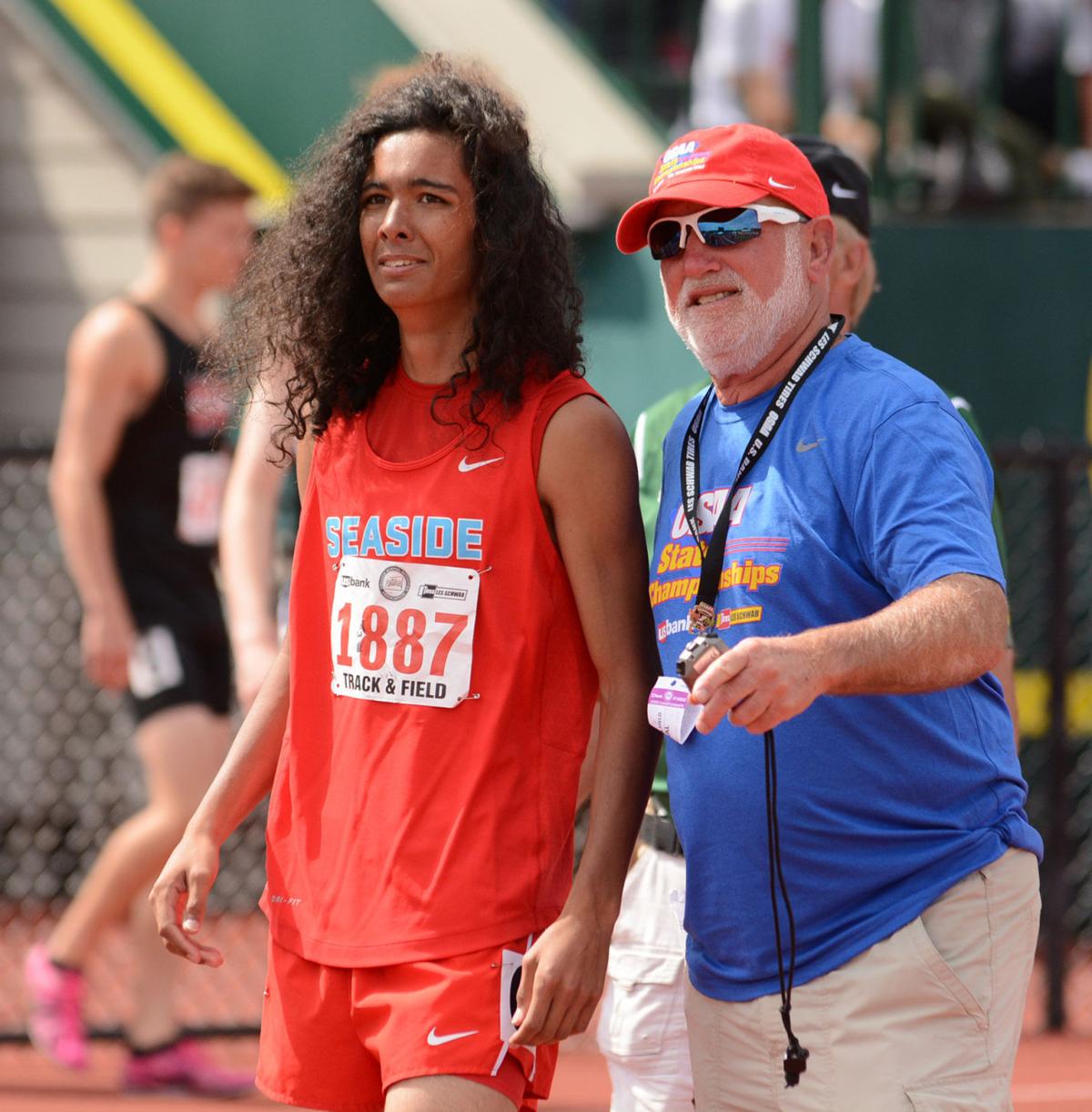 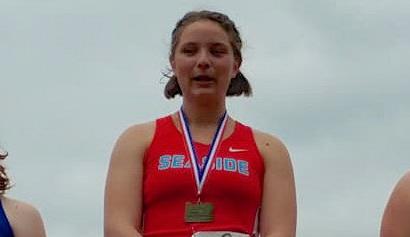 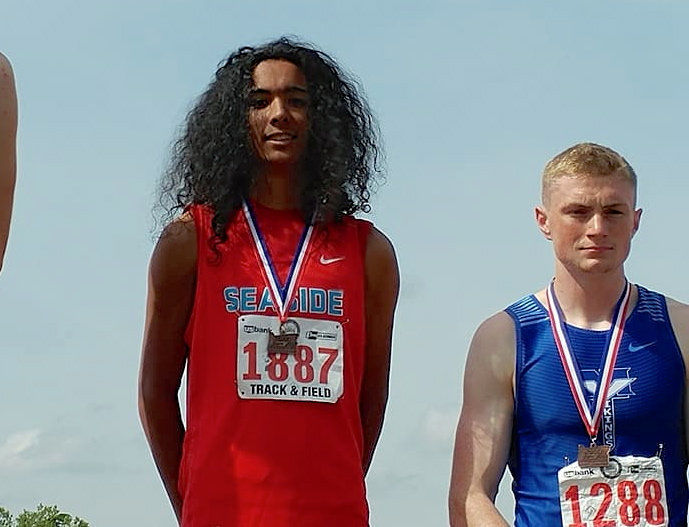 David Ball/For the Seaside Signal Seaside's Gretchen Hoekstra stares into the pit before making an attempt in the shot put. She won the event with four throws over 40 feet.

EUGENE — Seaside junior Gretchen Hoekstre won the shot put with a throw of 42-3.75 in the first round of throws. She would land the metal ball past the 40-foot line three more times during the competition.

“I felt good right from my first throw,” Hoekstre said. “It just shows the work from hundreds of hours in the weight room and working on my form.”

Runner-up Kenna Woodward out of Crook County was the only other thrower to pass that line. She did it once.

Hoekstre took second in the discus later in the day.

• On the boys side, Seaside senior Rafi Sibony left it all on the track in his 800-meter final, surging into the lead halfway around the final turn. He would hold onto first place for a few strides before Gladstone’s Konnor Hathaway responded with a burst of his own to run away with the win.

“I’d rather race for first place and leave it all out there, than to shoot for second or third and know I had more in me,” Sibony said. “I wasn’t close enough to the finish to think about winning — we were stride-for-stride on the corner.”

Sibony came through the finish line in fourth place and tumbled into the arms of a meet official — who happened to be his former coach, Neil Branson — who offered physical and spiritual support while pointing to his personal-best time showing on the Hayward scoreboard.