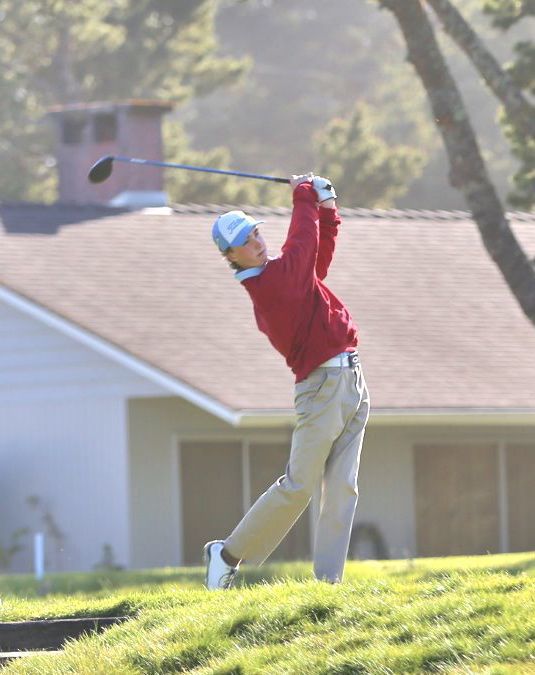 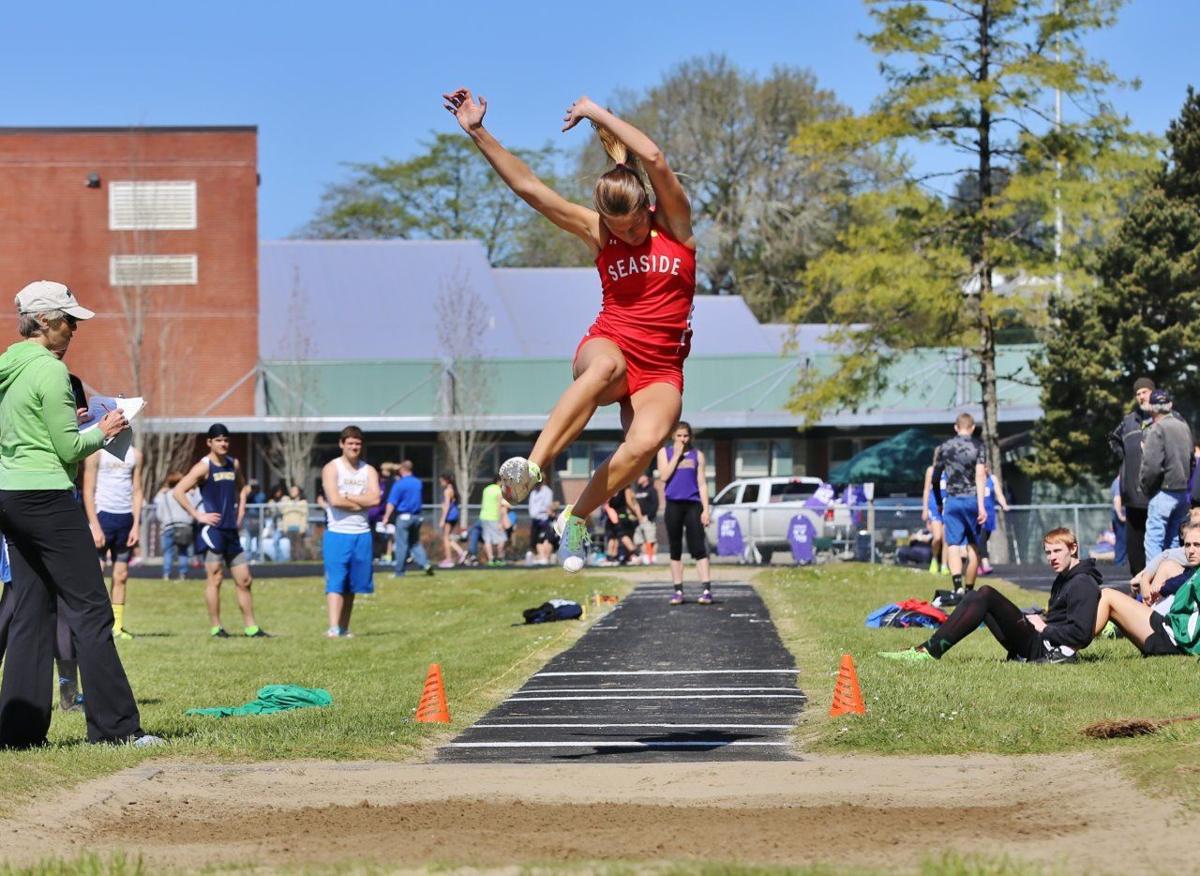 JEFF TER HAR PHOTO Senior Danielle Willyard ranks second in the state at the 4A level in the triple jump.

JEFF TER HAR PHOTO Senior Danielle Willyard ranks second in the state at the 4A level in the triple jump.

The day belonged to the Seaside boys golf team. Which was fitting, because, after all, it was their tournament.

Seaside hosted its annual Seaside Invitational Monday at Gearhart Golf Links, and the Gulls finished on top of the 10-team field, with plenty of room to spare.

The OSAA might as well engrave “SEASIDE” on the state championship trophy right now, because the way they’re playing, no team is going to beat the Gulls.

Seaside posted a season-low 308 team score in Monday’s round, well ahead of second-place Scappoose (346) and Silverton (355).

“They’re lighting it up,” Astoria coach Dan Foss said of the Gulls. “At the turn they were flirting with a sub-300 round. But even a 308 … that’s college level.”

Seaside junior Aaron Richardson shot even-par to take medalist honors, as he carded 35-37 scores for a 72. Silverton’s Michael Kuenzi was four strokes back at 76, followed by Seaside senior Kevin LaCoste (39-39—78), and a three-way tie at 79 between Seaside’s Shane Fritter and Sam Hinton, and Ilwaco’s Ken Sheldon.

“It was a good win for us today,” Richardson said. “We got to see a spectacular round out of Kevin, and I’m glad I finally came through and helped out the team today.”

Hinton added, “It was only a matter of time before Aaron won a tournament. This is a big step in the right direction for us.”

The 308 team score was one of the top all-time scores in Seaside history.

“Today was the second-lowest score, by a single stroke, of any Seaside score that I know of,” said Gulls’ coach Jim Poetsch. “When you have Trenten (Meyer) finish 14th in a tournament of this size and we don’t count his score, you know we played well.”

“This was a good day for us,” Poetsch said. “Hopefully this will be the beginning of a great run towards the postseason.

“Aaron played a great round of golf today and ran away with the individual title,” he said. “This was a career-low for him, but is not something he couldn’t repeat with his talent. Kevin came out of the fifth spot and finished third with his career-best score.”

Hinton and Fritter “earned a couple more medals and we ended up with four guys in the 70s for the first time since 2006,” Poetsch said.

Astoria had its second-best team score (381), with Arthur Clark tying his personal best with an 89, while Ron Schumacher and Sydney Morris both shot season-bests 99.

“I like the fire that our guys showed today,” Foss said. “I’d like to thank the parents that showed up to support us. I’m excited for our future.”

Other Astoria scorers were Will Keeran (94) and Joey Voeller (100).

Seaside competed in the large-school Centennial Invitational in a Saturday meet April 25.

Senior Danielle Willyard was second out of 45 competitors in the triple jump, soaring to a personal best 36 feet, 2 inches.

Astoria’s Darian Hageman and Willyard are ranked 1-2 in the state at the 4A level in the triple jump.

Recruiting Ticker, Jan. 23: A few young QBs on the Huskers' radar screen for 2021, beyond