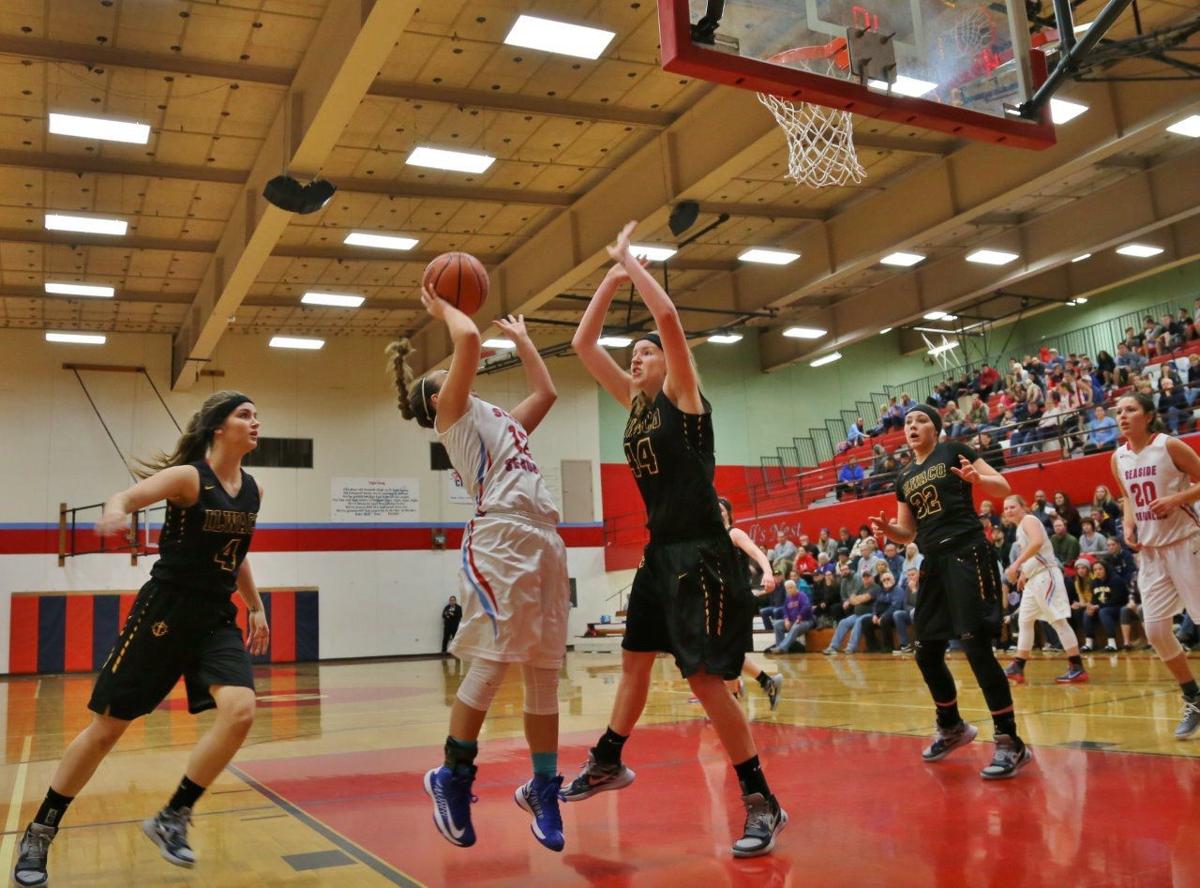 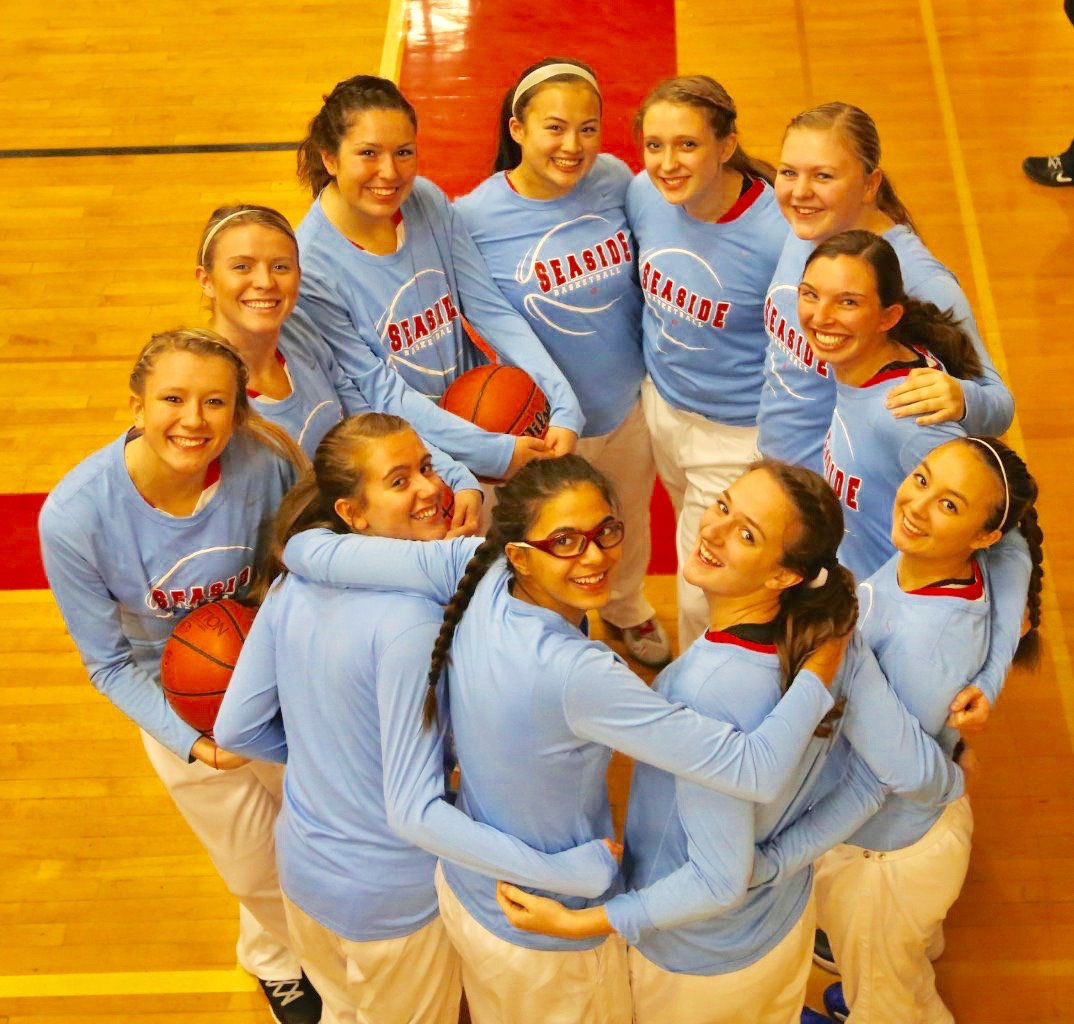 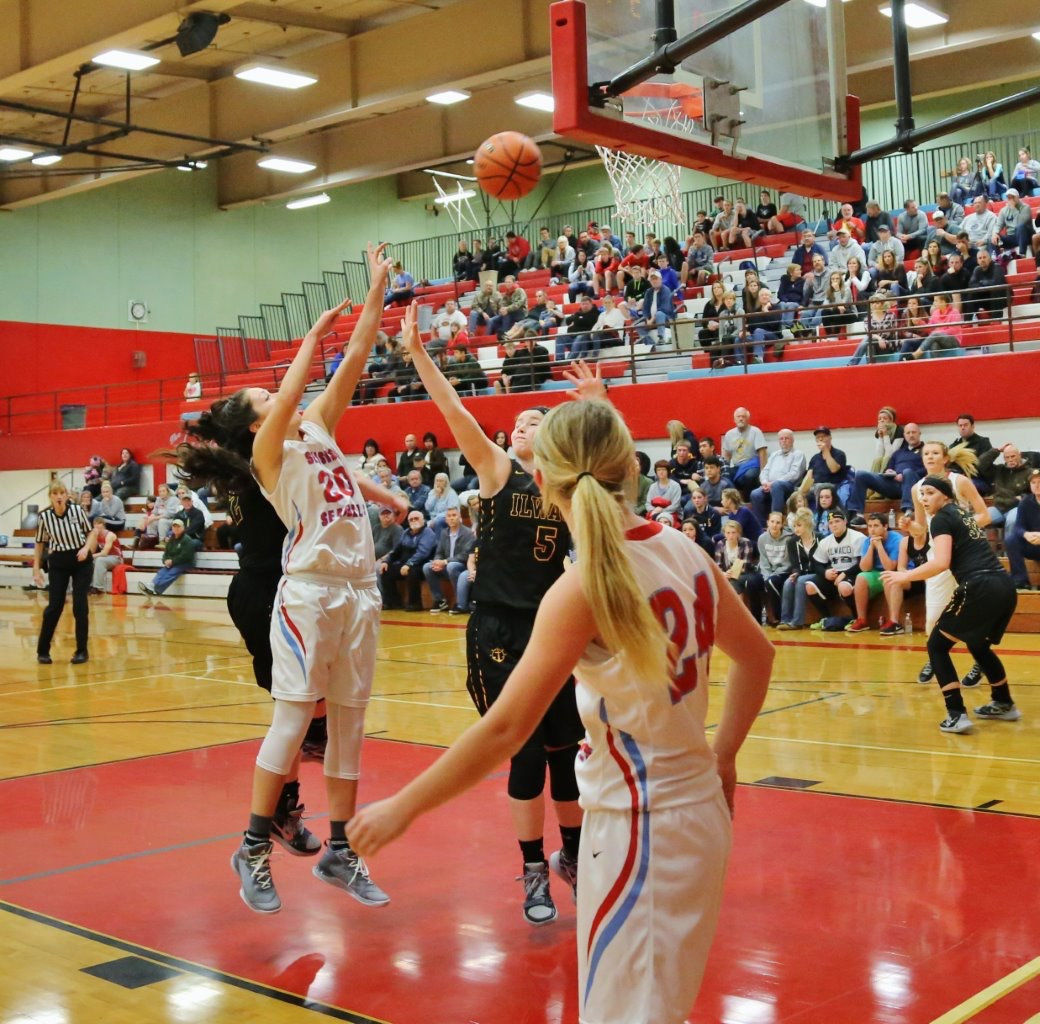 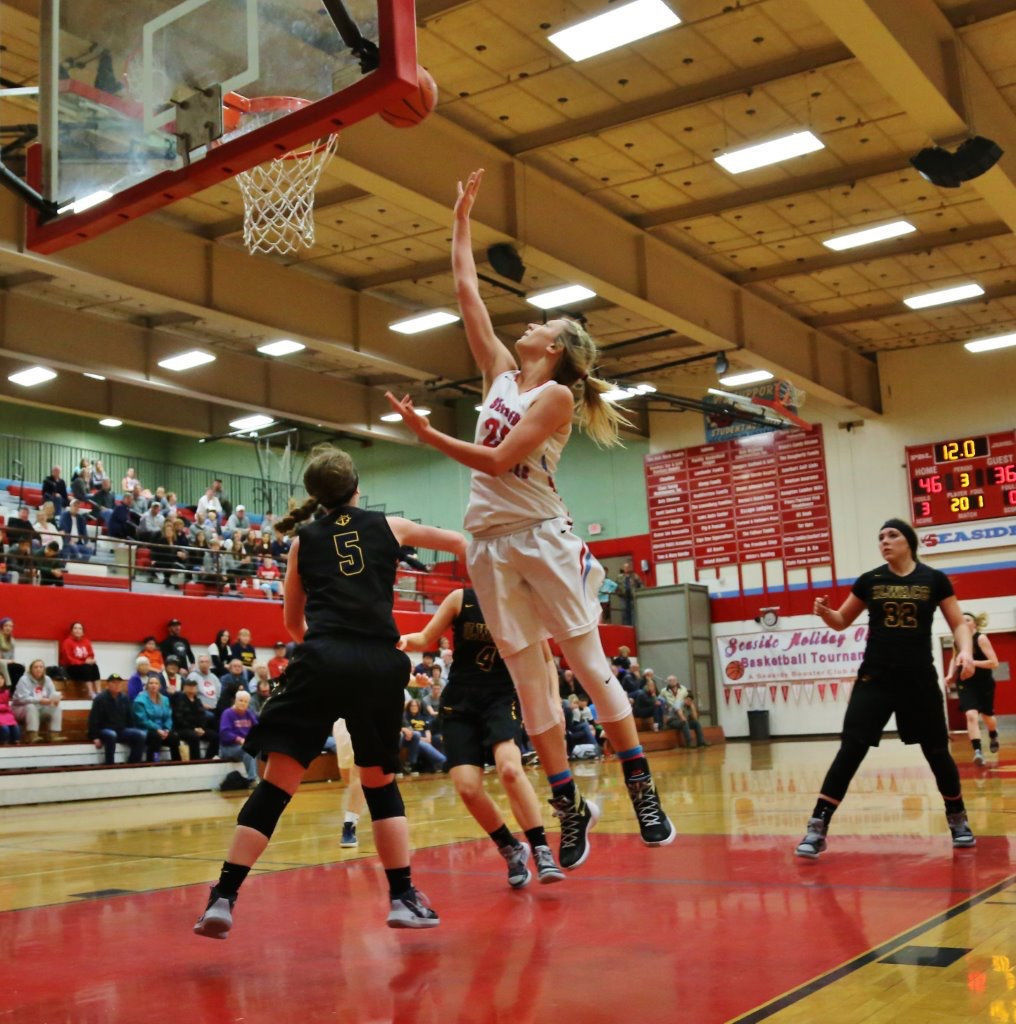 SEASIDE — Two of the top girls basketball programs in the Lower Columbia region met on the court Wednesday night in Seaside, where the Lady Gulls hosted the Fishermen of Ilwaco in a nonleague basketball border-clash.

The Lady Gulls are gunning for their third straight Cowapa League title this year — along with a third straight trip to the Class 4A state tournament; while Ilwaco is one of the front-runners for a state championship at the Washington 2B level.

But the defensive heat applied by the Gulls was a little too hot to handle for the visitors from Ilwaco.

Less than a week after forcing 36 turnovers in a win over Liberty, the Gulls forced 40 turnovers in Wednesday’s win.

The Fishermen helped Seaside’s cause with numerous unforced errors.

Despite 24 turnovers in the first half alone, Ilwaco was going toe-to-toe with the Gulls for nearly 2 1/2 quarters, as a 3-pointer by sophomore Makenzie Kaech helped the Fishermen pull into a 34-34 tie midway through the third quarter.

But that’s about where the wheels came off for Ilwaco.

Turnover after turnover led to layup after layup for Seaside’s Maddi Utti, who scored 14 of her game-high 25 points in the third period to give the Gulls a 48-36 lead after three quarters.

The rally continued into the fourth, when Seaside opened the final quarter with an 8-2 run.

Sydney Villegas scored off a steal, and Jetta Ideue finally capped the 20-4 run with a layup to give Seaside a commanding 56-38 lead.

Utti — who had 36 points in last week’s win over Liberty — had plenty of help Wednesday, as Villegas finished with 10 points, and Paige Ideue had back-to-back 3-pointers in the second period, snapping a 24-24 tie.

Kaech scored 22 points for Ilwaco, which held an early 10-4 lead.

The Gulls have now forced 76 turnovers in two games, as they improve to 2-0.