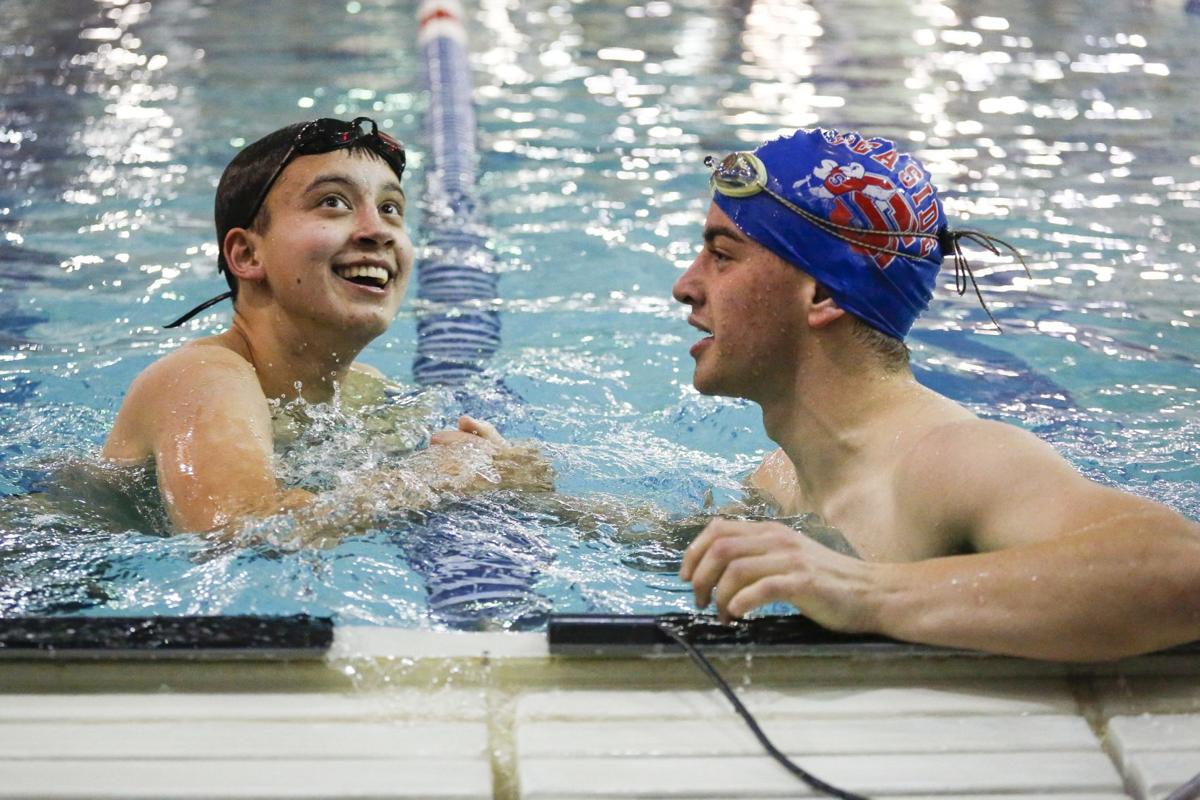 Astoria's Jacob Hulti, left, and Seaside's Will Garvin, right, congratulate each other after finishing their 100 butterfly heat. 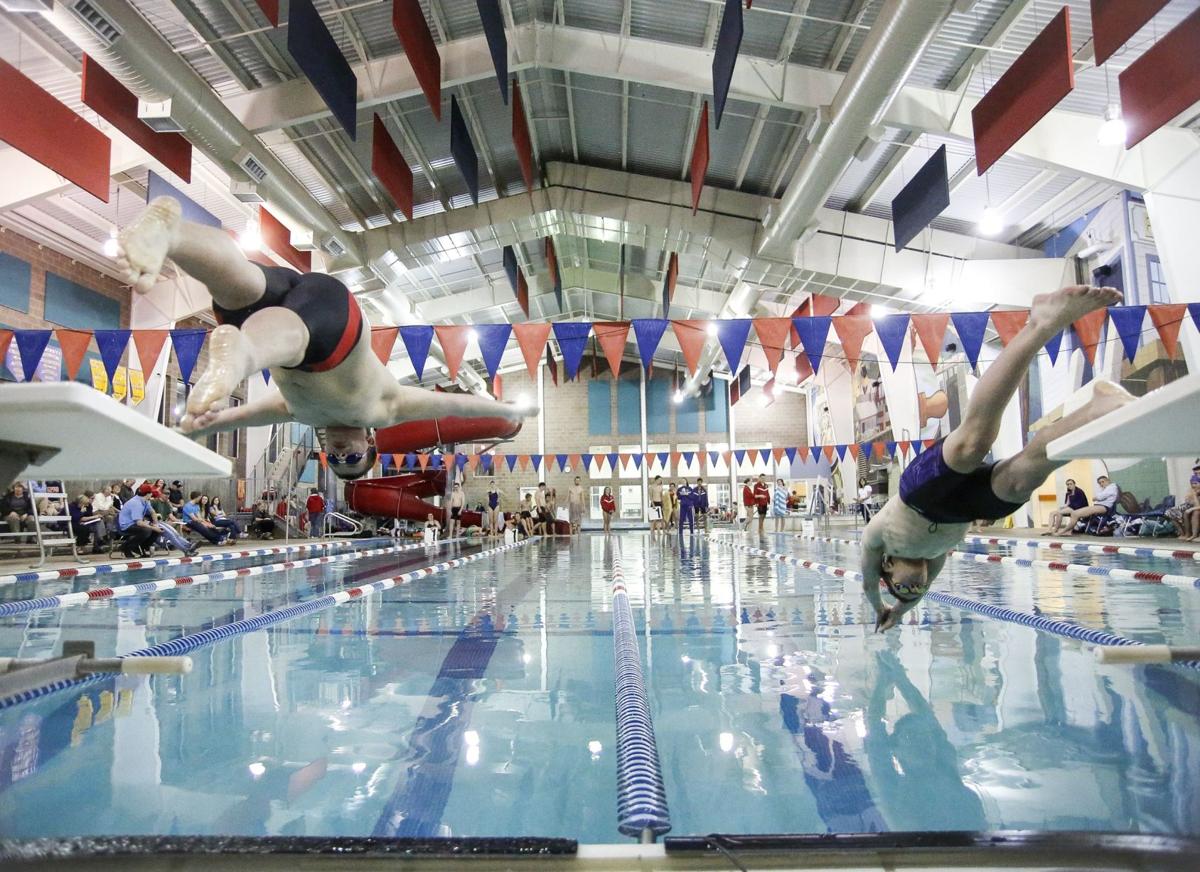 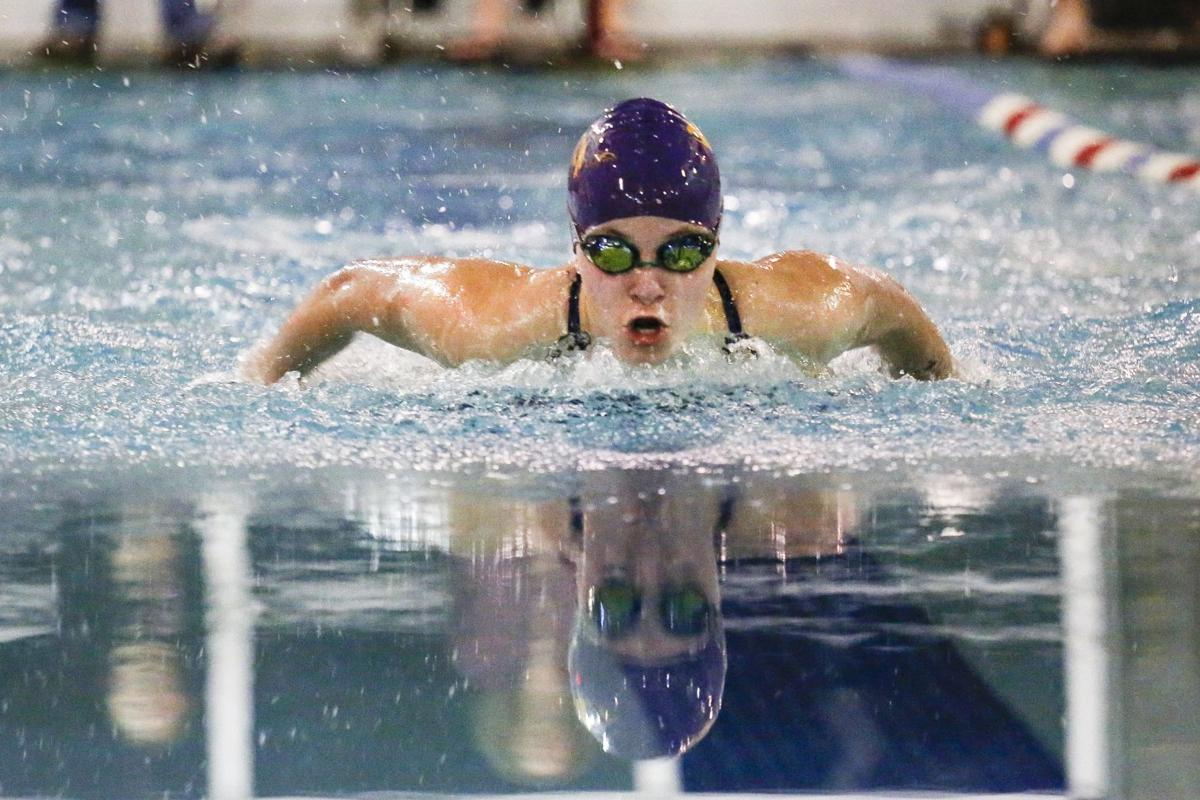 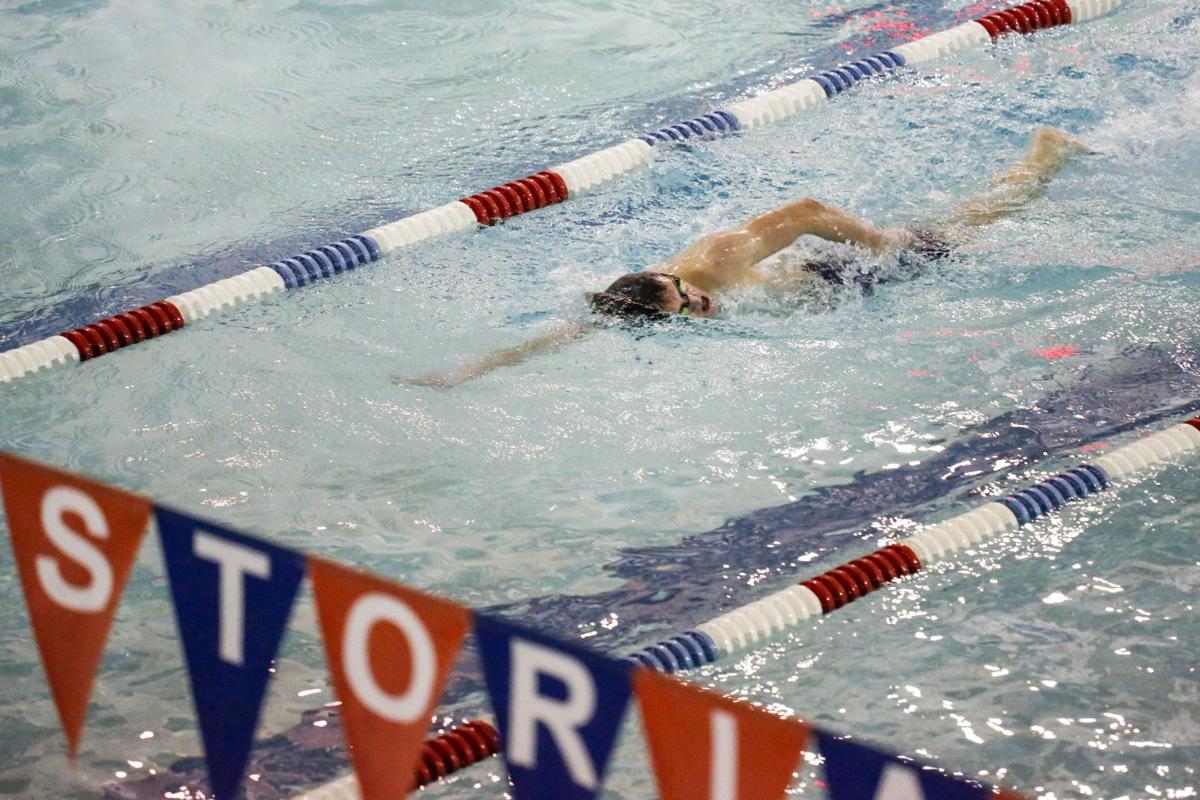 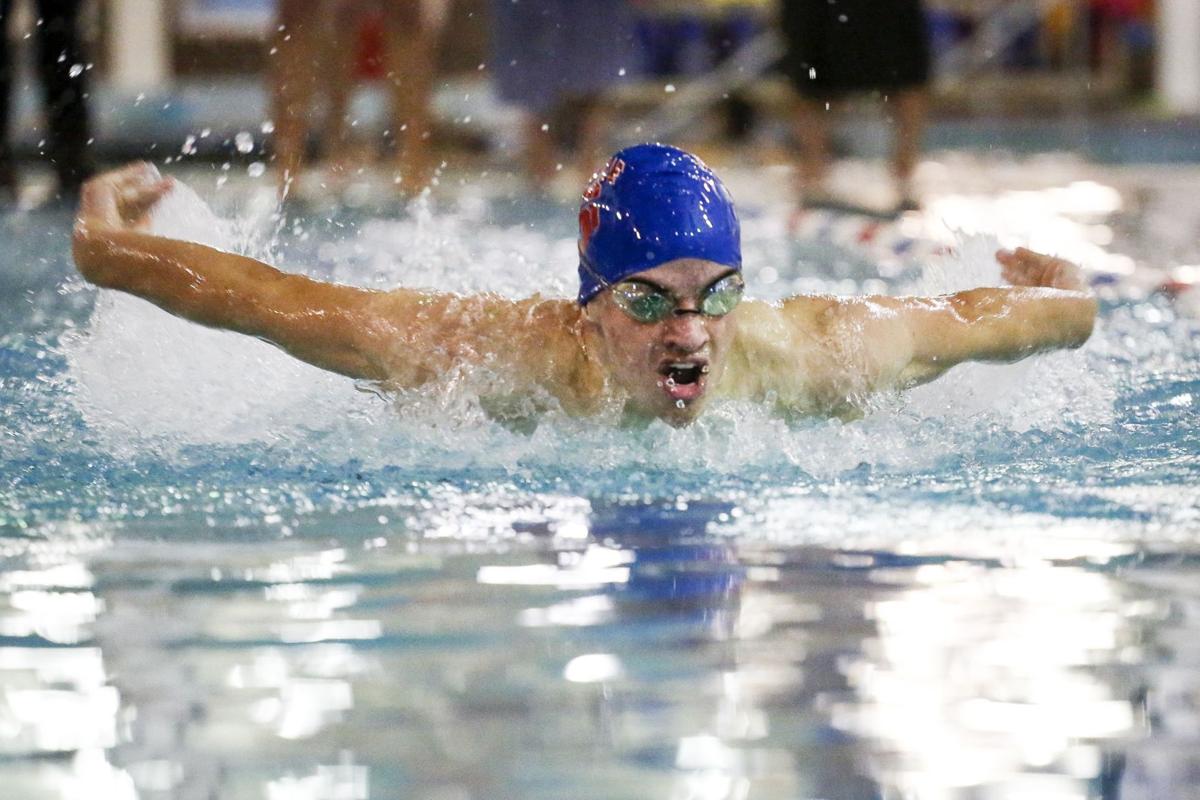 Seaside's Will Garvin competes in the 100 butterfly during the swim meet between Astoria and Seaside Jan. 22. Garvin finished with a time of 1:02.03. 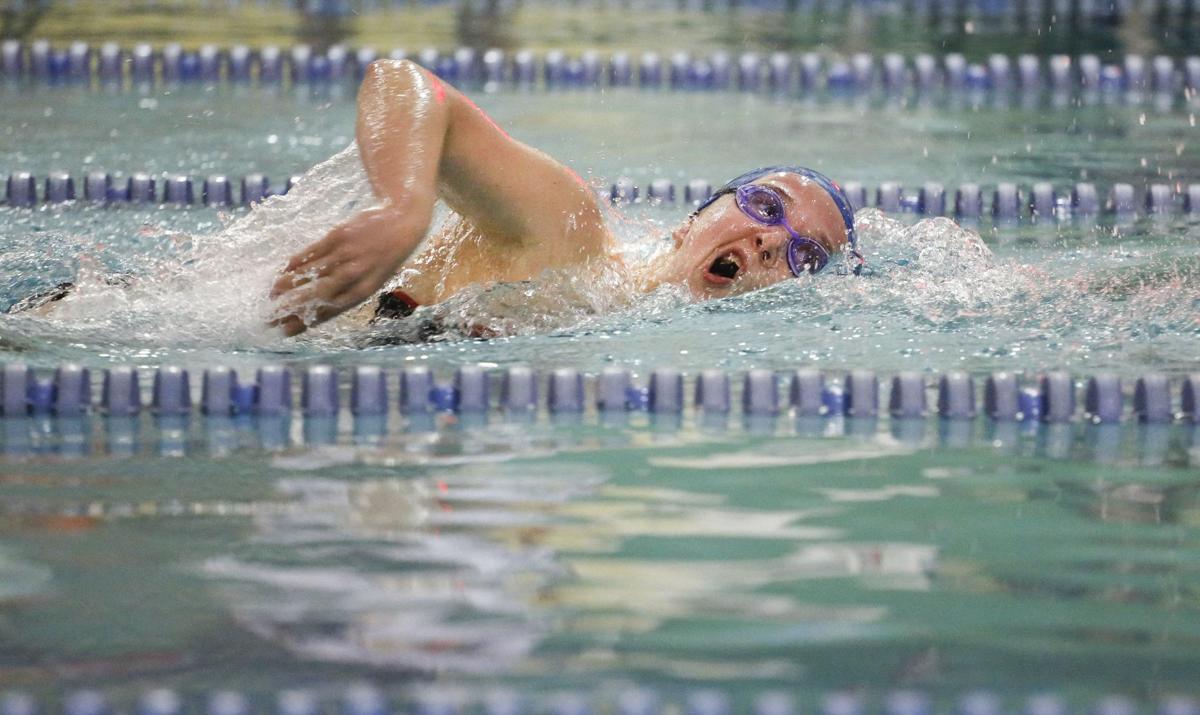 Astoria's Alyssa Harkins placed first in the 100 freestyle during the swim meet between Astoria and Seaside.

Astoria's Jacob Hulti, left, and Seaside's Will Garvin, right, congratulate each other after finishing their 100 butterfly heat.

Seaside's Will Garvin competes in the 100 butterfly during the swim meet between Astoria and Seaside Jan. 22. Garvin finished with a time of 1:02.03.

Astoria's Alyssa Harkins placed first in the 100 freestyle during the swim meet between Astoria and Seaside.

The Seaside and Astoria swim teams met for the “Clatsop Splash” dual meet Jan. 22 at the Astoria Aquatic Center, and the two rivals called it a draw, with the Seaside boys and the Lady Fish both scoring team victories.

Despite missing a few key swimmers, the Astoria girls scored enough points to get past the Lady Gulls, 85-77; while the Seaside boys continued their winning ways in dual meets with a 99-57 win.

The Seaside boys have now won 13 consecutive dual meets over the last two years, with one more remaining this season before the league and district meets.

Seaside and Astoria will take part in the Cowapa Championships, hosted by Scappoose Feb. 6, with districts the following weekend.

With a 6-0 mark in dual meets this season, the Seaside boys have high hopes of winning some heavy hardware.

“The boys are definitely pretty excited that we have the win streak going,” said Seaside coach Alex Reed. “That makes it 13 in a row today. We have Tillamook next week, and Tillamook’s going to be tough, so we’ll have to swim well there. Hopefully we can finish the season with another undefeated record.”

Elsewhere, Seaside’s Luke Liljenwall and Daemon Fassler finished 1-2 in the 200-yard individual medley; Will Garvin placed first in the 100-yard butterfly; and Will Kendall took the top spot in the 100-yard breaststroke.

The Gulls made it a clean sweep in the relay events, with Liljenwall, Kendall, Garvin and Dylan Townsend taking the 200-yard medley relay in 1 minute, 57.13 seconds; Rzewnicki, Beaudoin, Garvin and Townsend took the 200-yard freestyle relay in 1:40.66; and Rzewnicki, Townsend, Liljenwall and Beaudoin swam to first in the 400-yard freestyle relay in 3:51.27.

The Astoria girls won just four of the 11 events to score their team victory, leading off with Megan Sparks, Kristina Kjellberg, Ashley and Megan Schacher teaming up to win the 200 medley relay.

Ashley Schacher added a victory in the butterfly; Sparks and Jenna Rudolph made it a 1-2 finish in the backstroke; and Kjellberg took the breaststroke.

The list included a 1-2 finish for Katherine Carey and Summer Spell in the 200 freestyle; Alyssa Harkins in the 200 individual medley and 100 freestyle; Tennaya Carr edged Astoria’s Ashley Schacher in the 50 freestyle; and Spell won the 500 freestyle 1 minute and 18 seconds ahead of the second-place finisher.

“Considering that we have some swimmers out, I thought our girls did really well,” said Astoria coach Amy Emmett.

The Lady Fish scored most of their points with depth, as they were missing Morgan Postlewait and Kendal Gustafson from the lineup.

Reed said, “Our girls really stepped up. We’re seeing some big time drops out of most of them. The boys are just where we want to be going into league and districts.”

On a three-game losing skid, Missouri can rejuvenate its season with upset at West Virginia