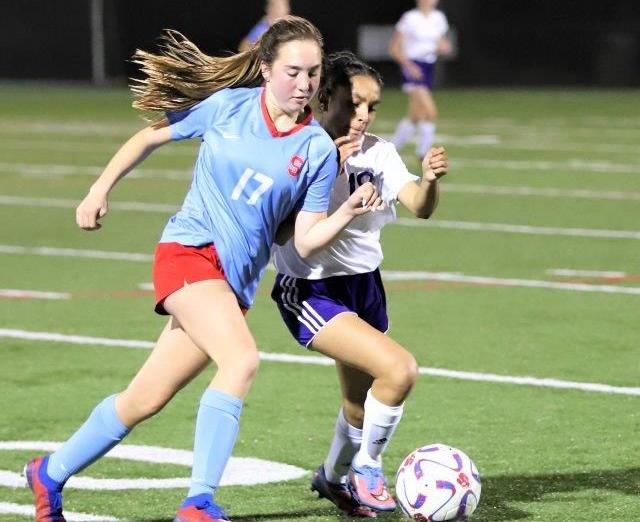 Emerson Landwehr moves the ball for the Gulls. 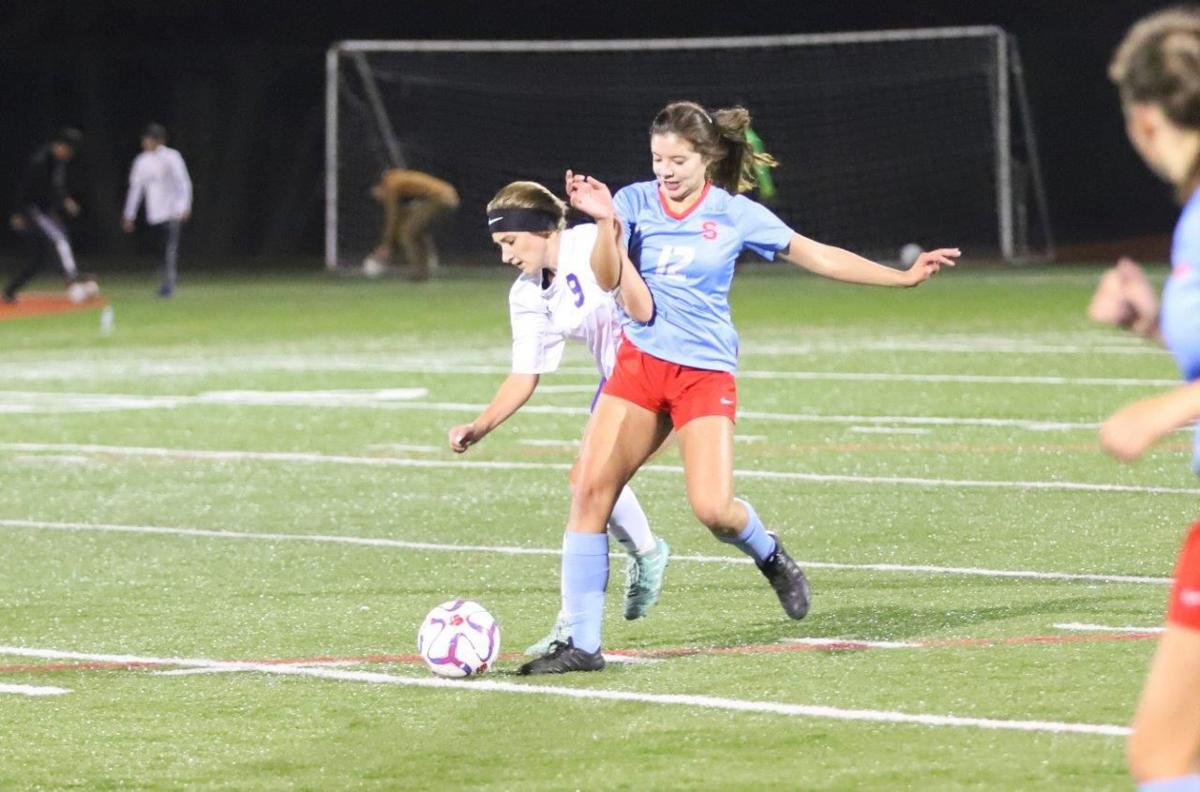 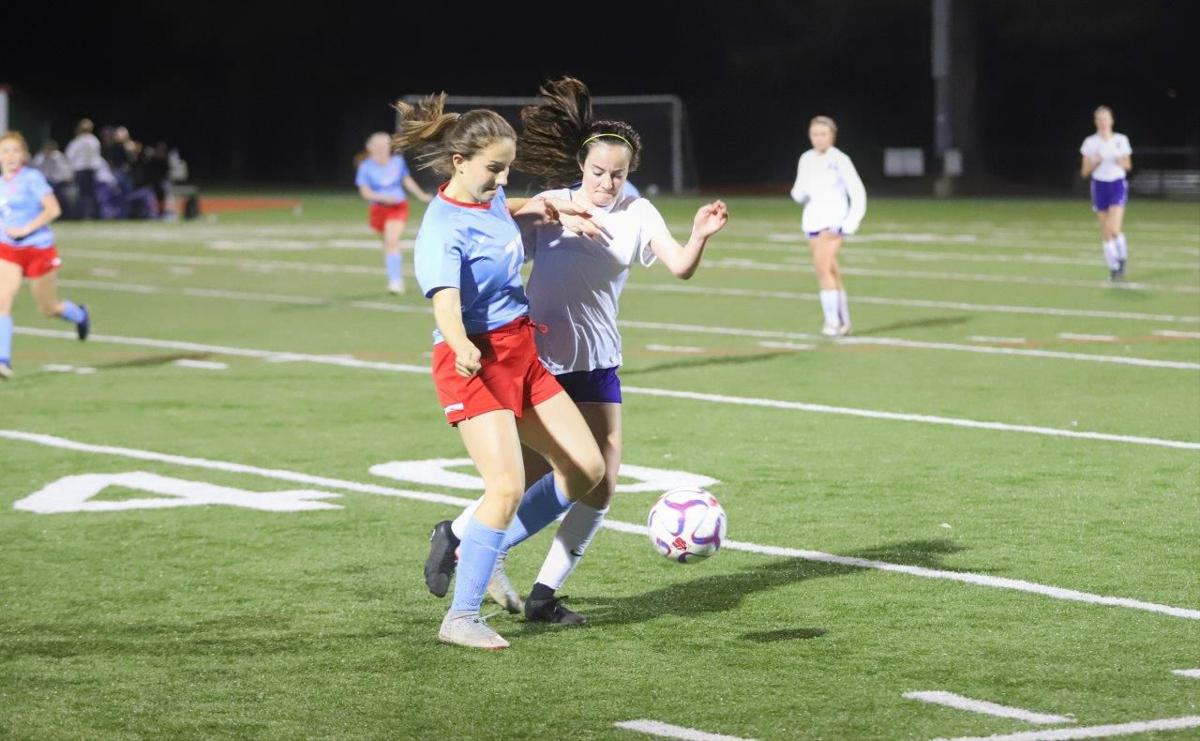 Abby Nofield goes for the ball. 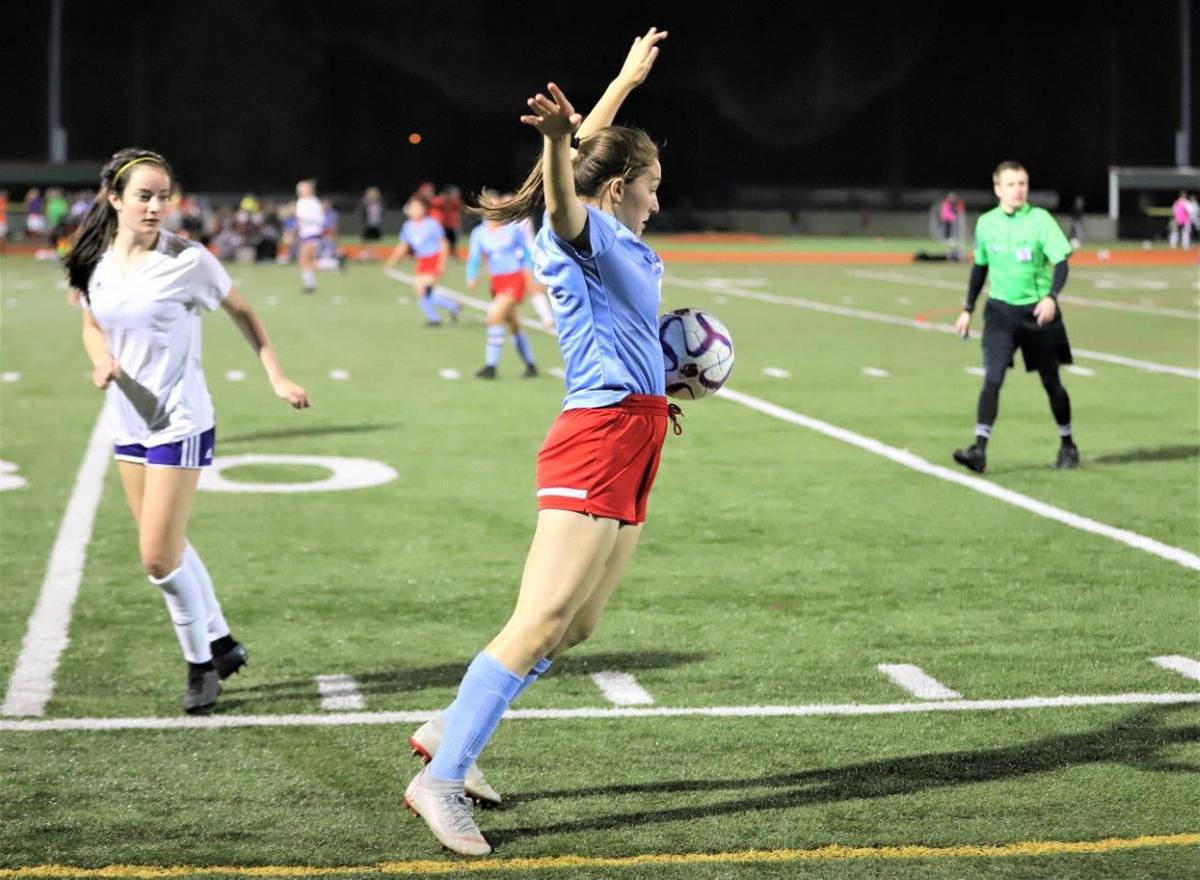 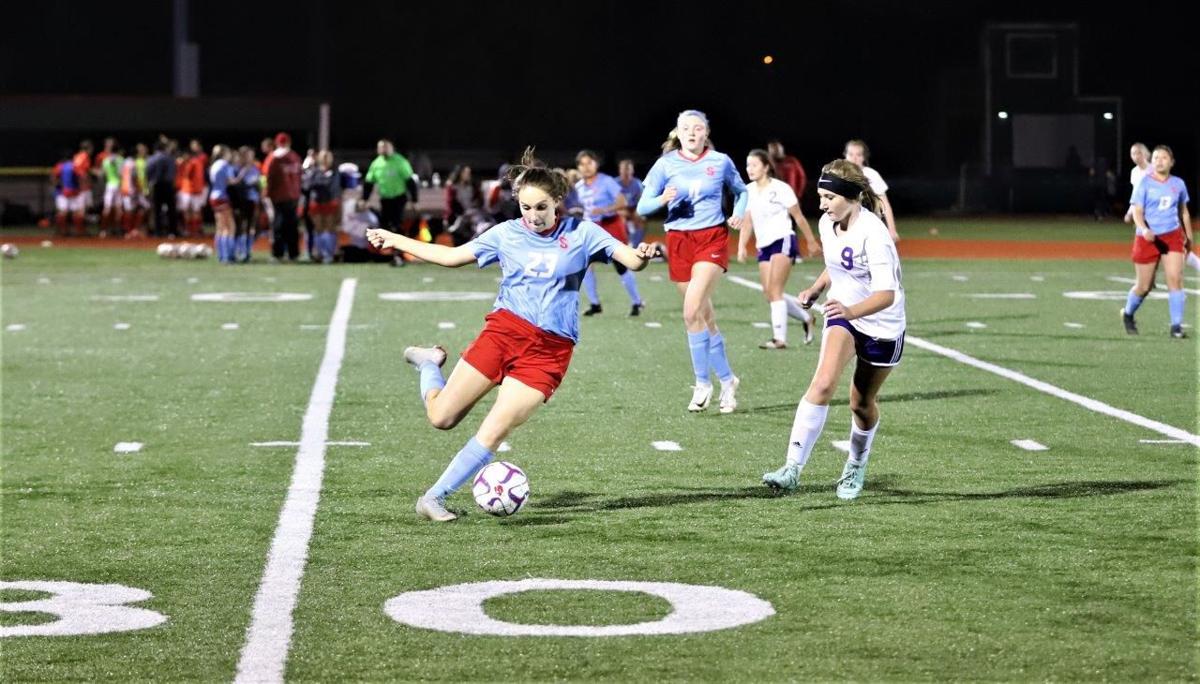 Abby Nofield on the pitch. 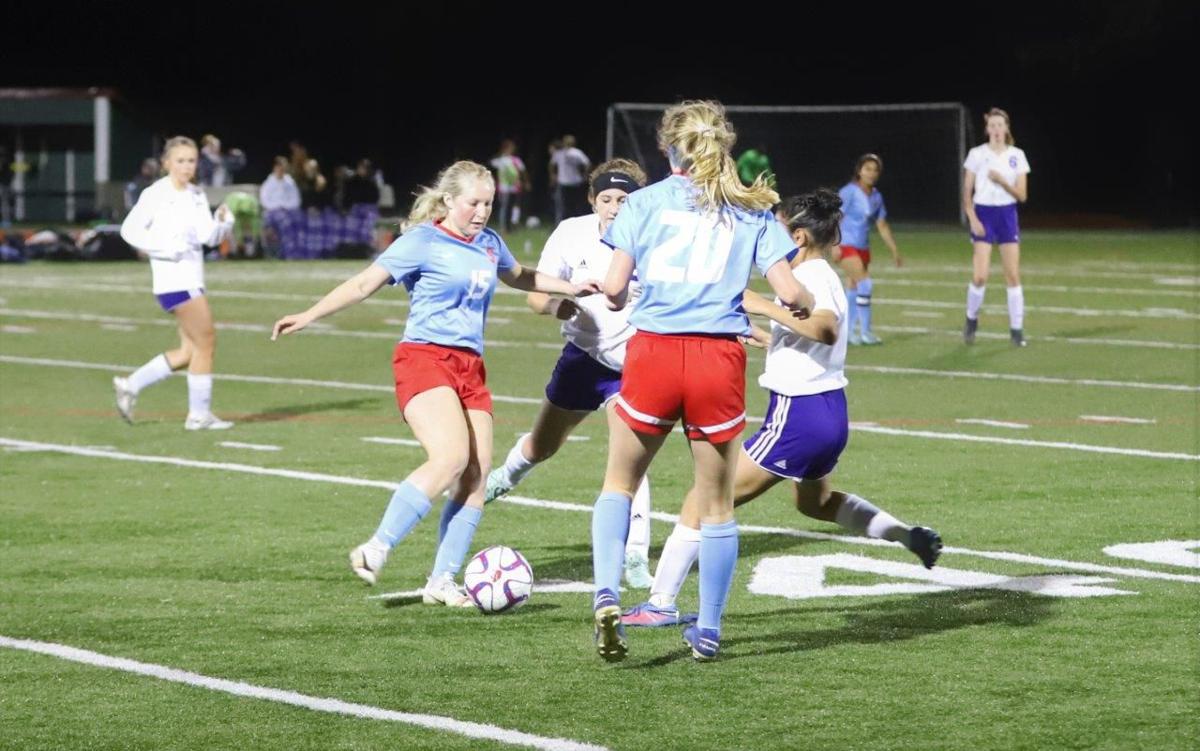 Emily Philbrook and Hailey Hughes go for the ball in the Clatsop Clash. 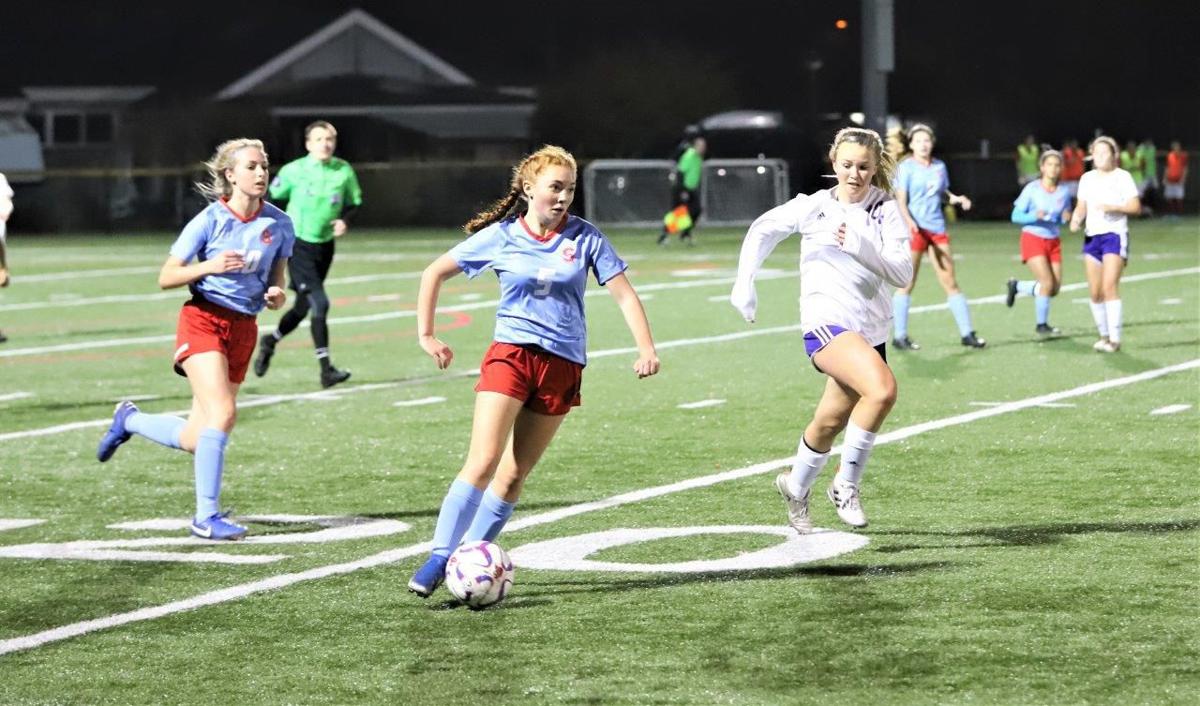 Leah Boles with the ball.

Emerson Landwehr moves the ball for the Gulls.

Abby Nofield goes for the ball.

Abby Nofield on the pitch.

Emily Philbrook and Hailey Hughes go for the ball in the Clatsop Clash.

Leah Boles with the ball.

The incentives to win were high for both teams Oct. 15, in a Clatsop Clash girls soccer showdown at Broadway Field.

The winner would get their first league victory of the season, and would climb out of a tie for last place in the league standings.

After a 0-0 tie in the previous meeting with Seaside, the Astoria girls managed to score the first goal in Clatsop Clash play this season, then tacked on four more in a second half scoring explosion on their way to a 5-0 win over the Gulls.

In Clatsop Clash girls soccer games since 1999, the five goals was the most scored since Seaside defeated Astoria 6-1 in a 2001 contest.

Tied with 0-3-1 records in league play entering the contest, the Lady Fishermen picked up their first league win of the season, with three games still remaining. Seaside’s young team drops to 0-4-1.

Even more impressive — Astoria accomplished the win with just 12 players in uniform. And two injuries had the Lady Fish down to 11 healthy players for a time.

But Astoria was the more aggressive team from start to finish, attacking the Seaside goal with several shots in the opening minutes.

Attempts by Meghan O’Meara and Elle Espelien in the first 11 minutes were saved by Seaside freshman keeper Abygale Brien, who made two more saves on shots by O’Meara in the 22nd and 24th minutes.

But in the 26th minute, O’Meara scored the first Clatsop Clash goal of the season, blasting in a rebound shot for a 1-0 lead.

From there, Espelien was off the mark on successive attempts, and Astoria finished the first half with seven shots on goal to Seaside’s one.

The real scoring did not begin until the second half.

Four minutes, 53 seconds into the half, O’Meara dribbled a ball across the top of the penalty area from left to right, and sent a shot past a diving Brien into the Seaside net.

In the 48th minute, Espelien stole a ball from a Seaside defender and converted the first of her two goals for a 3-nil advantage.

Less than two minutes later, Espelien’s pass down the center of the field was gathered in by O’Meara, who scored her third goal of the night.

And with 20:41 remaining in the game, Espelien scored her second goal off a deflected shot on goal, giving Astoria its most goals ever in a Clatsop Clash.

The Fishermen had 11 shots on goal in the second half. Playing with no reserves for the final 25:22, Astoria kept the Gulls scoreless over the final 40 minutes.

Updated information on Red-White Spring Game tickets, which go on sale next week