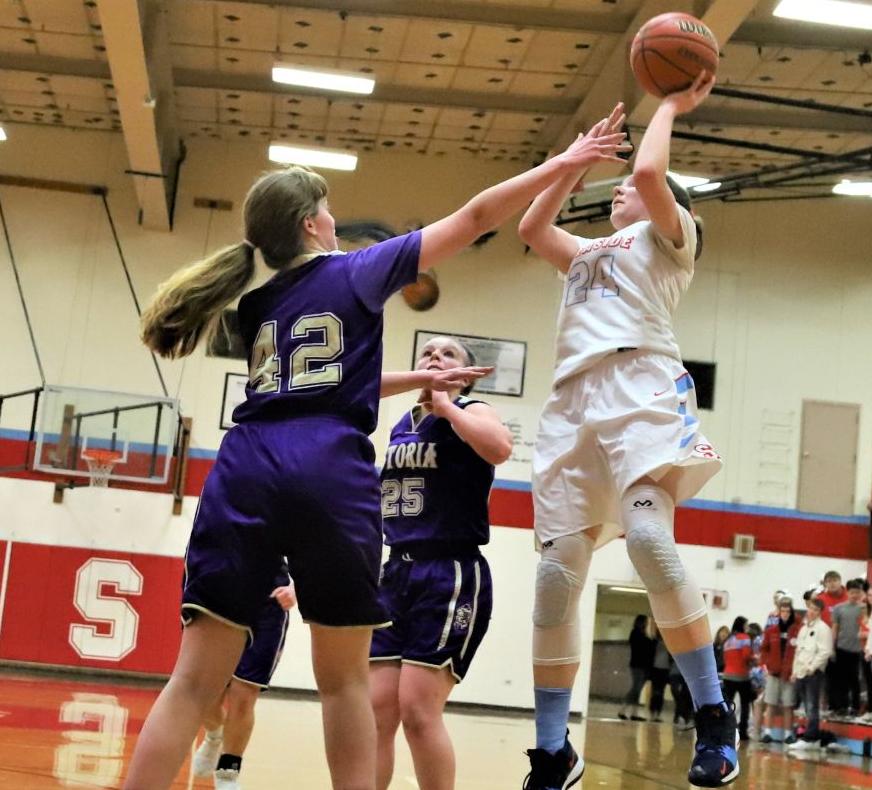 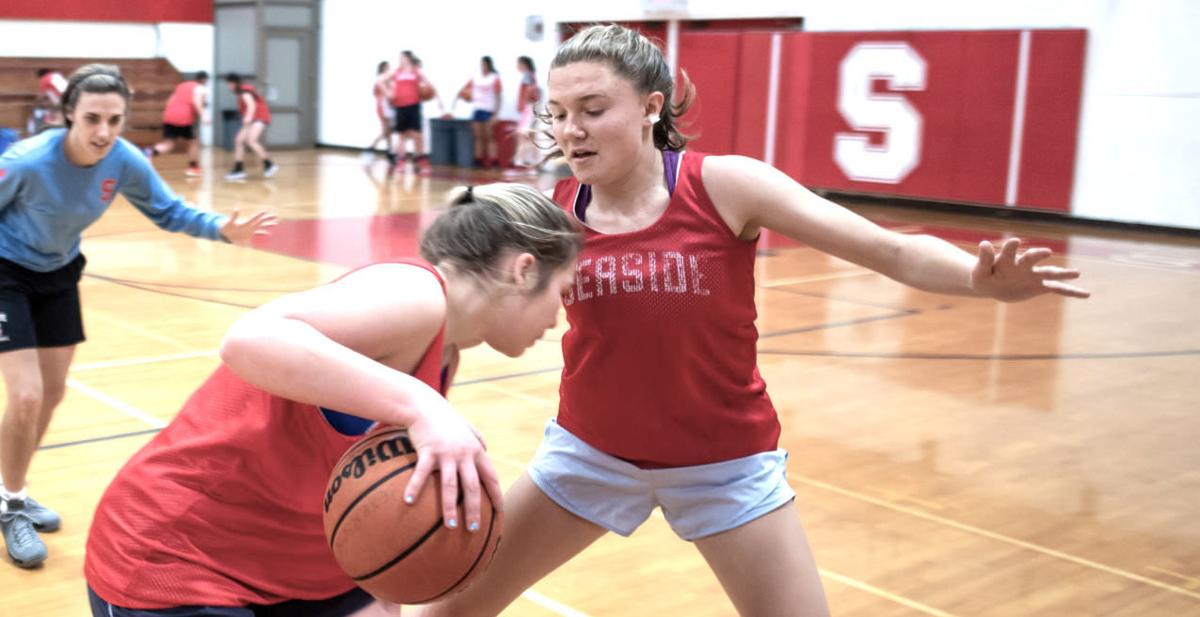 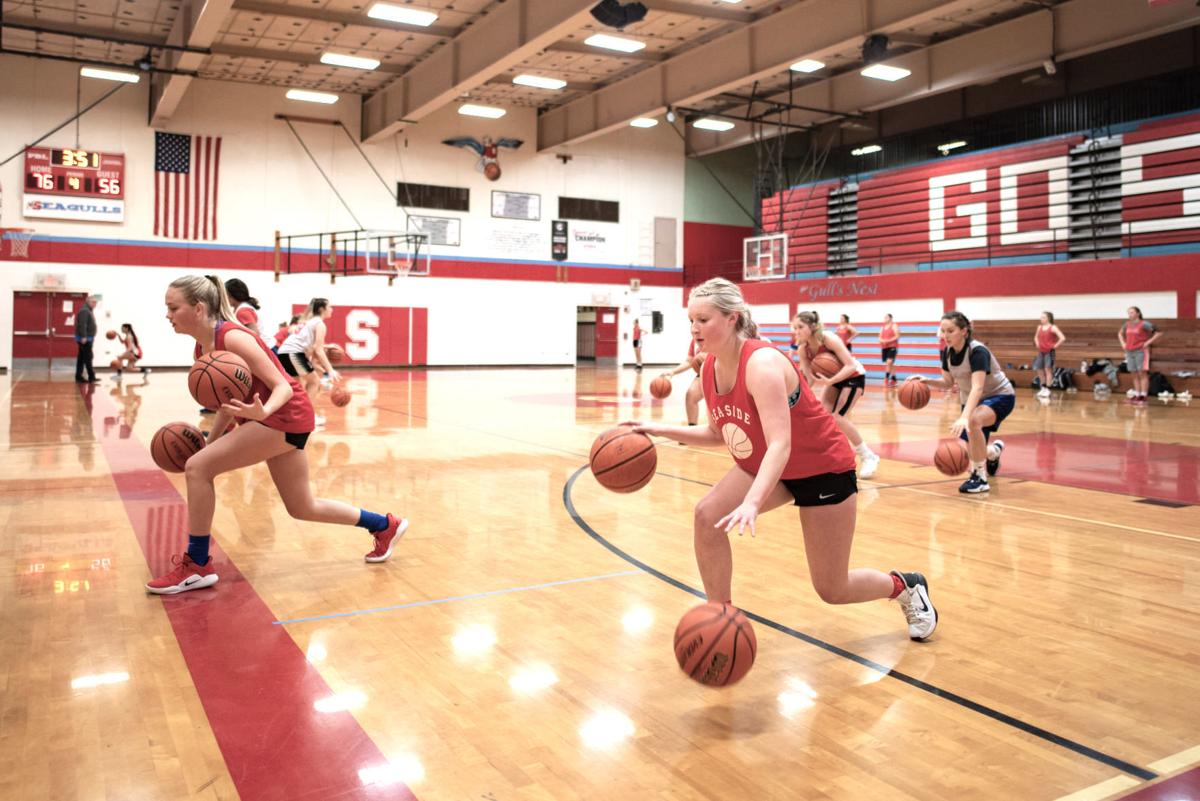 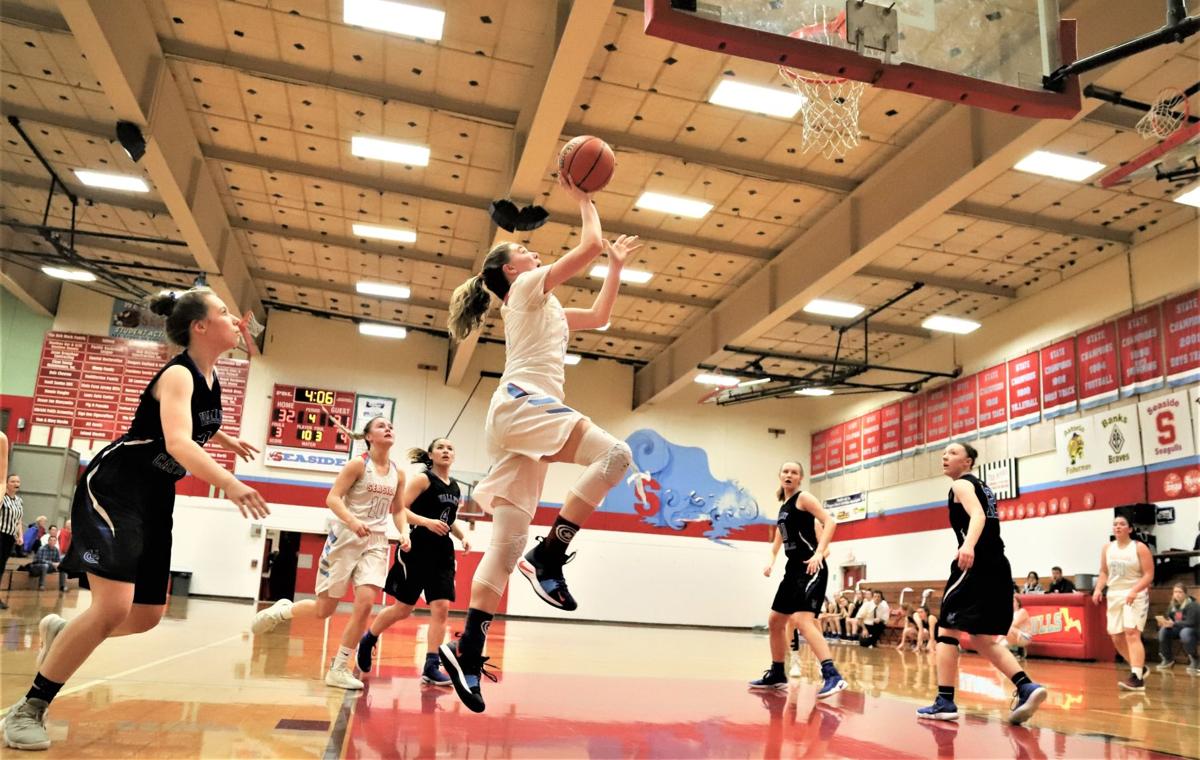 Lilli Taylor is a leader for the Gulls’ offense.

Lilli Taylor is a leader for the Gulls’ offense.

The Seaside Lady Gulls spent the 2018-19 season proving it’s the results that matter. And that playing in the Cowapa League can help the ol’ RPI ranking.

Because just over two weeks after they had finished league play with a 2-6 record, the Gulls were in the Sweet 16 of the state playoffs.

Seaside ultimately lost that game at Baker, but the Gulls still went from a fourth place finish in the Cowapa standings to within one win of the state tournament.

The odds are long for Seaside finishing in the top two of the league standings in 2019-20, but it’s all about qualifying for the post-season, not records. The Gulls still have what it takes.

The 2019-20 4A girls basketball season has “Astoria” written all over it — both league-wise and state-wide.

“It should be Astoria,” Hawes said. “They’ve got what you need to compete for a state championship. In all the years I’ve coached and helped Wally (Hamer), Astoria is as deep and as talented as I’ve seen at this level.

“They may not have an Aspen (Slifka), but they’re darn close with some of the players they’ve got. And they’re eight or nine deep. They will be the league favorite.

“Banks (which lost Slifka to graduation) should still be good, and Valley Catholic is always an unknown.”

Seaside’s roster was definitely dominated by the seniors last season, as the Lady Gulls honored eight players on Senior Night. Among the losses were all-leaguers Morgan Blodgett and Emy Kiser.

Fortunately, the numbers were strong at the lower levels — just young.

Seaside’s first week of practice “went OK,” Hawes said. “It’s always a little overwhelming when you’ve lost a lot, and when you have a young team. We’re very inexperienced at the varsity level. We only have two players with significant varsity minutes.”

And one of those two is only a sophomore, Lilli Taylor. Senior Ruby Douglas is the other, a senior who made all-league last season.

“We asked a lot of Lilli last year, and as much as we asked her to do, we may be asking even more this year,” Hawes said of Taylor. Despite just being a sophomore, “In a lot of ways, she is our most experienced player.”

In addition to Taylor and Douglas, the Gulls have Jadah Doney returning for her senior season, along with junior Tristyn McFadden.

“Those two saw some limited minutes last year,” Hawes said. “We also have Elly Blodgett (Sr.) back. She did not play last year, but she will see some minutes this season. We also have two freshmen who will possibly help us.

“We’ve got the pieces there to compete. It’s all about how everything fits together and making it work.”