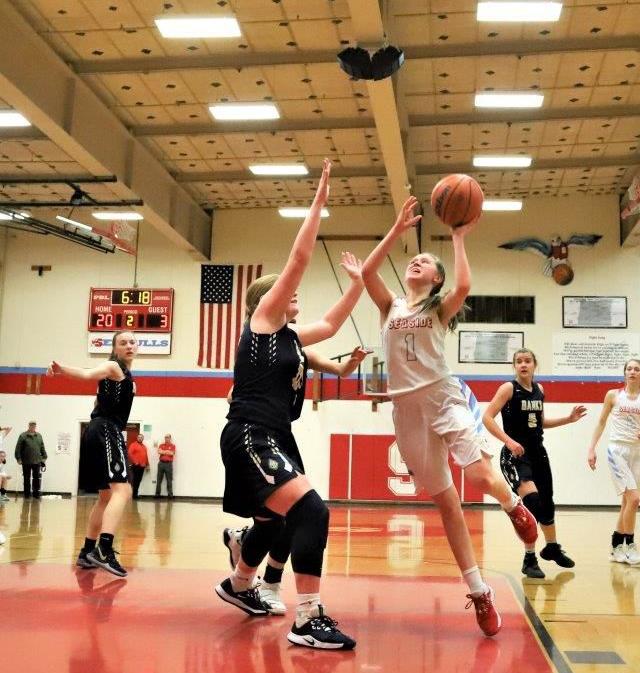 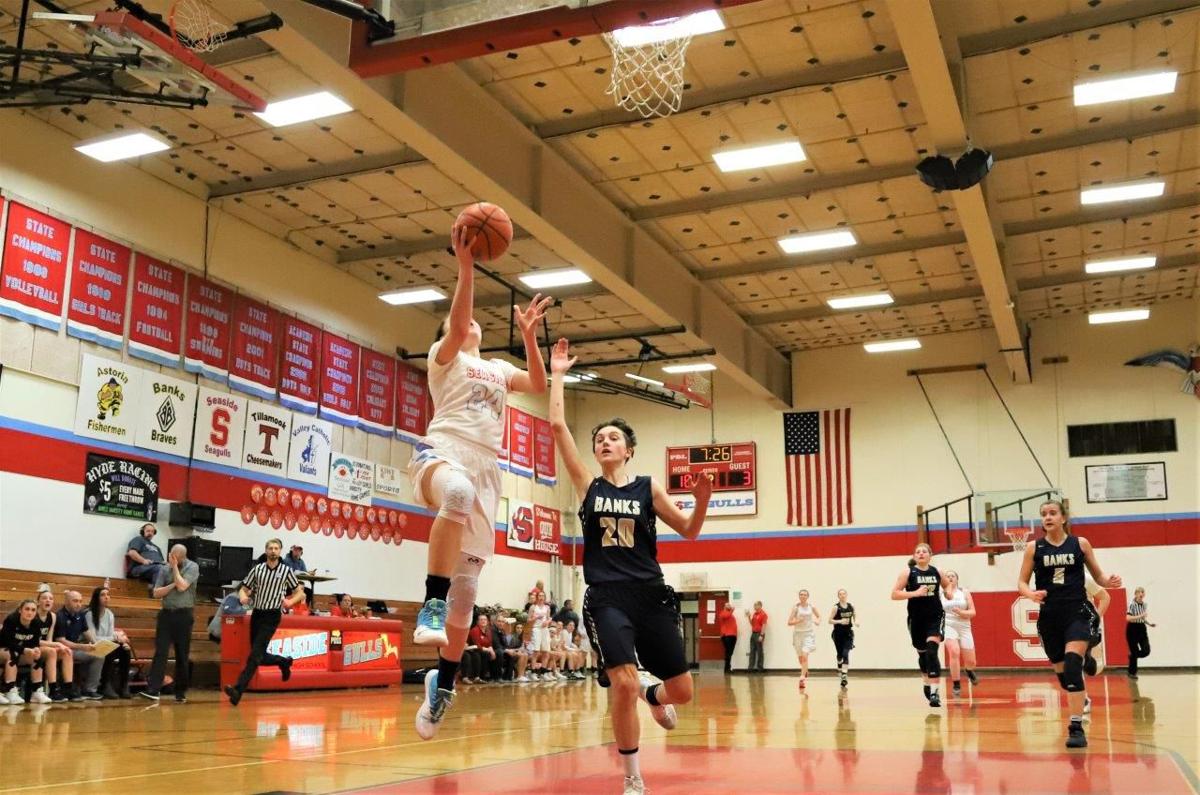 Lilli Taylor to the basket in the Gulls' win. 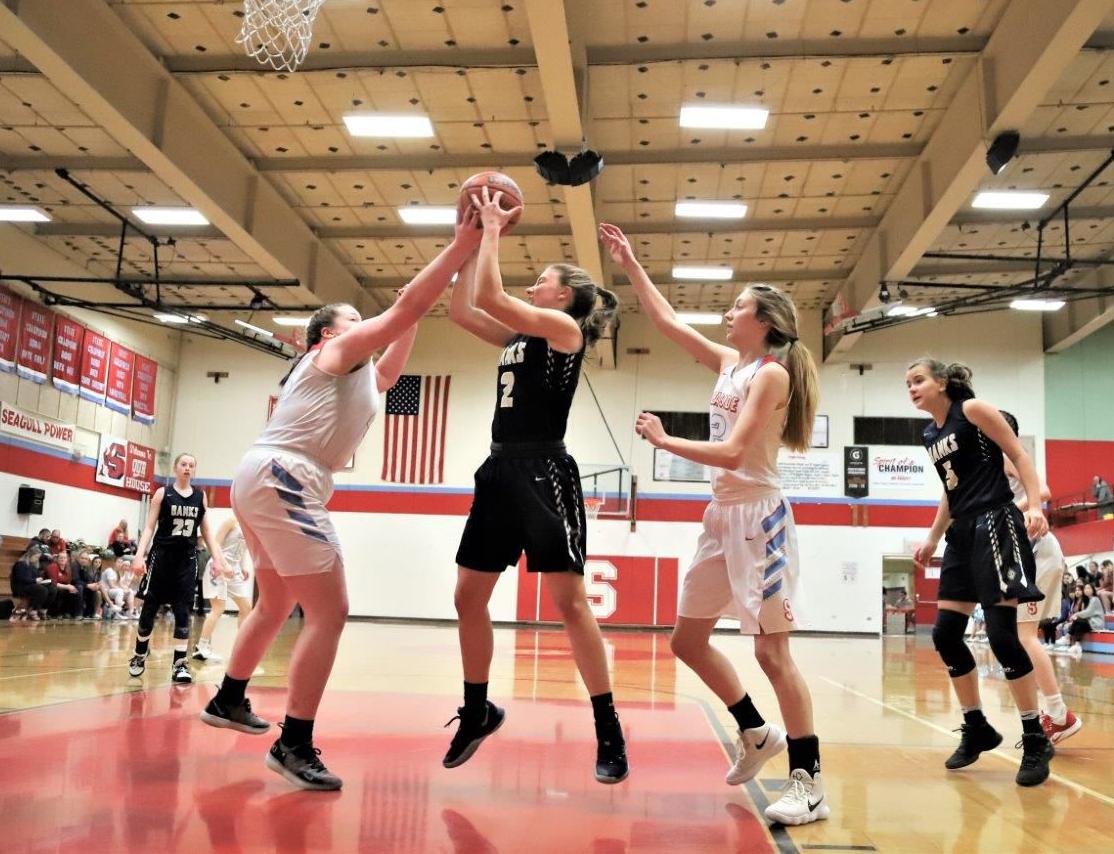 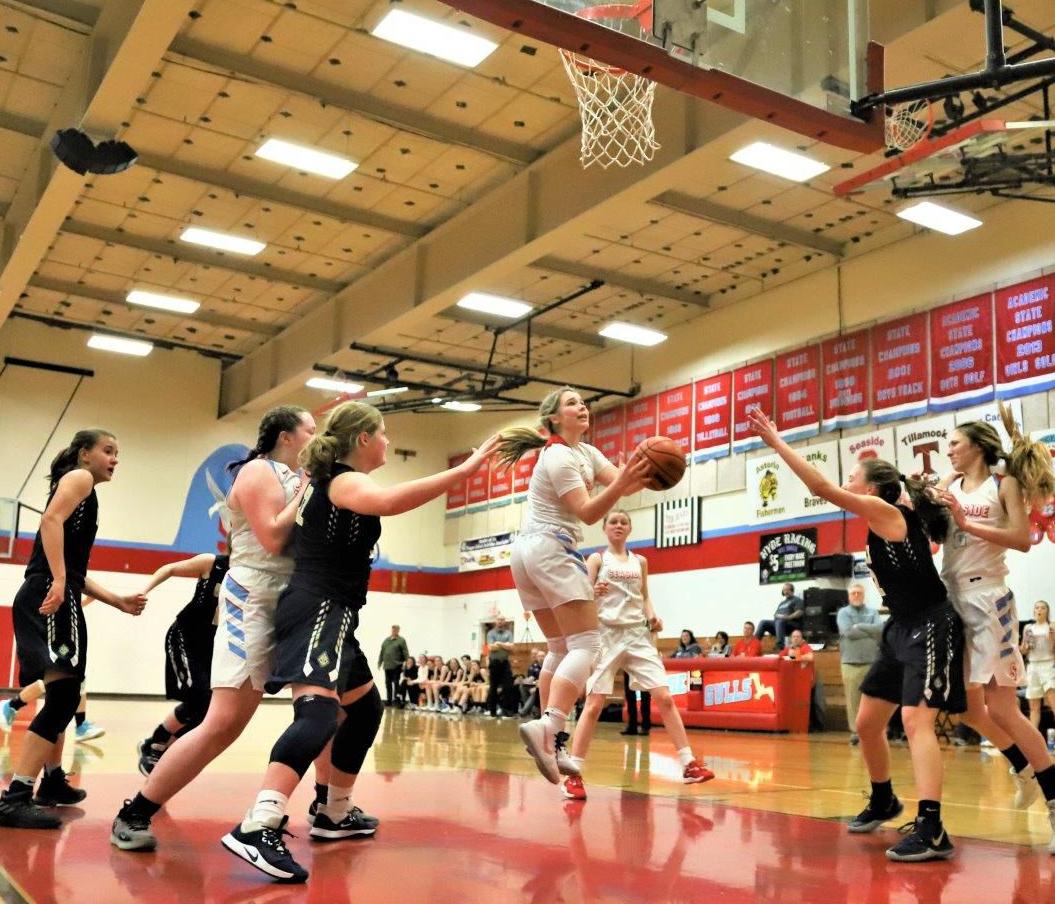 Caleigh Peterson goes to the basket.

Lilli Taylor to the basket in the Gulls' win.

Caleigh Peterson goes to the basket.

The Seaside Lady Gulls are now looking far past just the Sweet 16.

If they play like they did Thursday night, there could be two Seaside teams playing in Forest Grove next month.

Late in the second quarter of Thursday's Cowapa League finale against Banks, the Lady Gulls — in their best performance of the season — had all the points they would need for the entire night, eventually crushing the Braves 47-22.

And there's plenty of basketball left to be played at the existing Seaside High School, before the Gulls move to their new school campus next season.

Two weeks after hosting their “last Clatsop Clash,” and two nights after playing the “last league game,” Seaside will host its “last league playoff” Saturday at 6 p.m. against Banks. (The Seaside boys will likely host a “last state playoff” game late next week).

Despite sweeping Banks during the regular season, the Gulls will still have to play the Braves a third time, with Saturday's winner clinching at least the No. 3 seed to the state playoffs. The winner will play Tuesday at Valley Catholic for the league's No. 2 seed to state.

The loser of Saturday's Banks-Seaside game will also likely qualify for the state playoffs.

In Thursday's win, Seaside's Jadah Doney hit two 3-pointers, and teammates Tristyn McFadden and Lilli Taylor also connected on one 3-pointer apiece, all in the first quarter for an 18-3 lead after one period.

“What a revelation — making shots really helps,” said Seaside coach Mike Hawes, whose team was 17-of-40 from the field, 6-for-15 from the 3-point line.

“We came out on fire against their zone, making four 3-pointers in the first quarter, which is probably a season-high right there,” he said. “We knew we'd have those shots, so it was nice seeing them go down. Jadah Doney, starting on Senior Night, was big, hitting two three's to get us going.”

“Banks came out of its zone after one, and we executed well enough in man to keep scoring, though we still like to pass to each others' shins,” Hawes said. “Ruby was huge, Lilli solid. I told those two we needed what they do, and others needed to score.

McFadden “made plays and got us three in double figures. Good win. I suspect that Saturday will be tougher, but it's nice to get third, and host at home, for the last time ever, Saturday.”