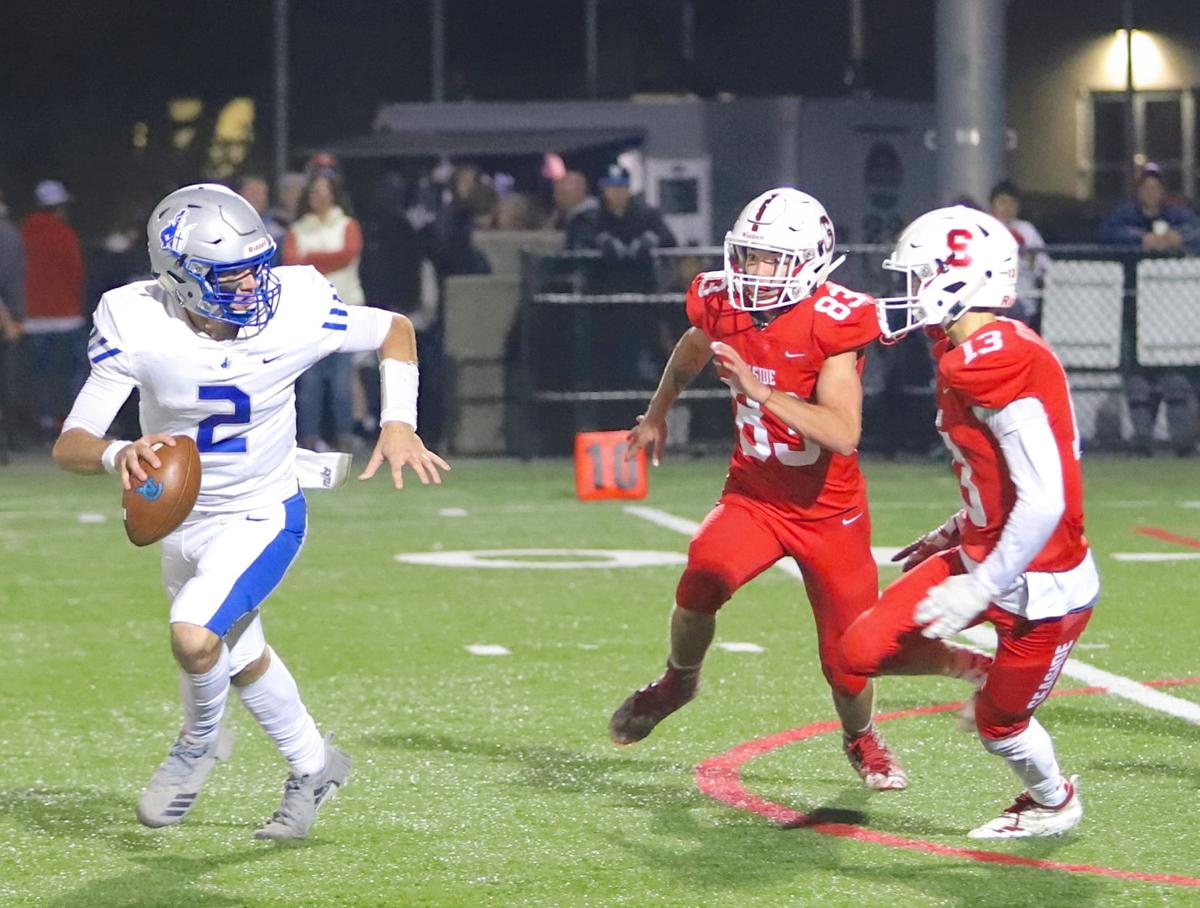 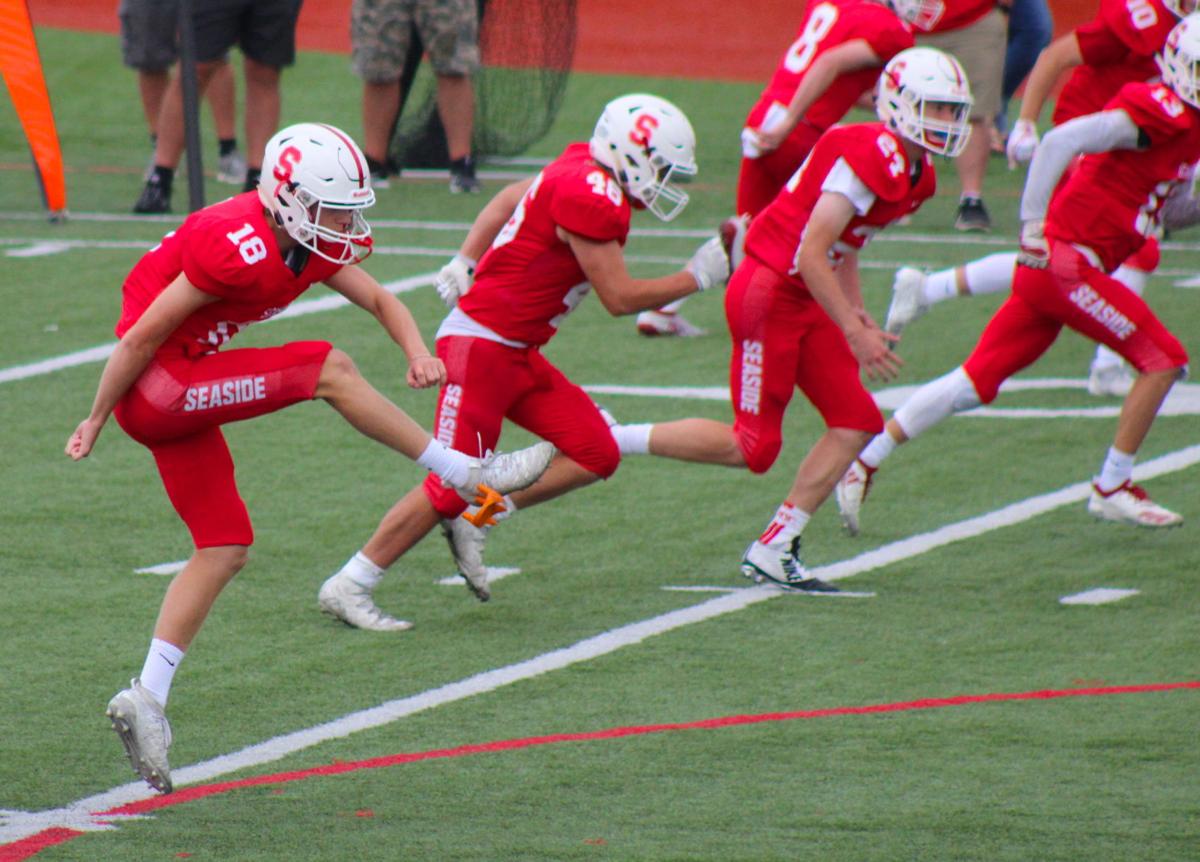 Having been outscored 69-3 over the last two weeks, Seaside kicker Kaleb Bartel, left, has the distinction of being the only Gull to score points over the last nine quarters.

Having been outscored 69-3 over the last two weeks, Seaside kicker Kaleb Bartel, left, has the distinction of being the only Gull to score points over the last nine quarters.

Seaside will be looking for some payback Friday in Eugene, where the Gulls will face Marist for the second time this season, this time in a first round game of the 4A state playoffs.

Overall, it will be the third meeting in two years between the Gulls and Spartans. Friday’s game time is 7 p.m., and can be heard on KSWB 840 AM, or 98.1 FM.

The Gulls are certainly hoping the game turns out more like the 2018 meeting with the Spartans, than the game against Marist earlier this season.

On Sept. 13 at Broadway Field, the Spartans pounded Seaside 35-3, as Marist running back Lucas Tuski, a 6-foot, 235-pound sophomore, rushed for 175 yards and four touchdowns. The Gulls’ only score was a 33-yard field by Kaleb Bartel.

Marist scored some revenge for a 2018 loss to the Gulls, who won 33-22 on the Spartans’ home field in an early nonleague game.

Marist came into this year’s Week 2 game ranked No. 3 in the OSAA polls, and since then the Spartans have dropped — but not much — to No. 5.

Meanwhile, Marist recently completed a 7-1 season, 4-0 in the Sky-Em League.

Marist bounced back with a 53-19 win over Elmira to open league play, and proceeded to win four more after that.

Marist quarterback Max Campbell (who was 13-of-20 for 154 yards and one touchdown vs. the Gulls) threw four touchdown passes against the Pirates.

Marshfield actually held an early 7-0 lead, before the Spartans went on a 27-7 run through the third quarter to seal the win.

The Gulls did not help themselves in the loss to Marist, drawing seven penalties for 75 yards.

Jake Black was Seaside’s leading ball carrier (10 carries, 41 yards), while Levi Card caught three passes from Ledger Pugh for 27 yards. Gavin Rich added an interception for the Seaside defense, which limited Marist to just seven points in the first half.

The difference came in the second half, when the Spartans collected a total of 12 first downs to Seaside’s three.

On the plus side for the Gulls, Seaside has gained a lot of experience since the loss in Week 2.

Between the three of them, Black, Cook and Teubner will hope to match Alexander Teubner’s rushing totals in the 2018 win, in which the current Boise State Bronco ran 32 times for 256 yards and four touchdowns.

The winner of Friday’s game will advance to the quarterfinals against the winner of Stayton vs. North Marion.