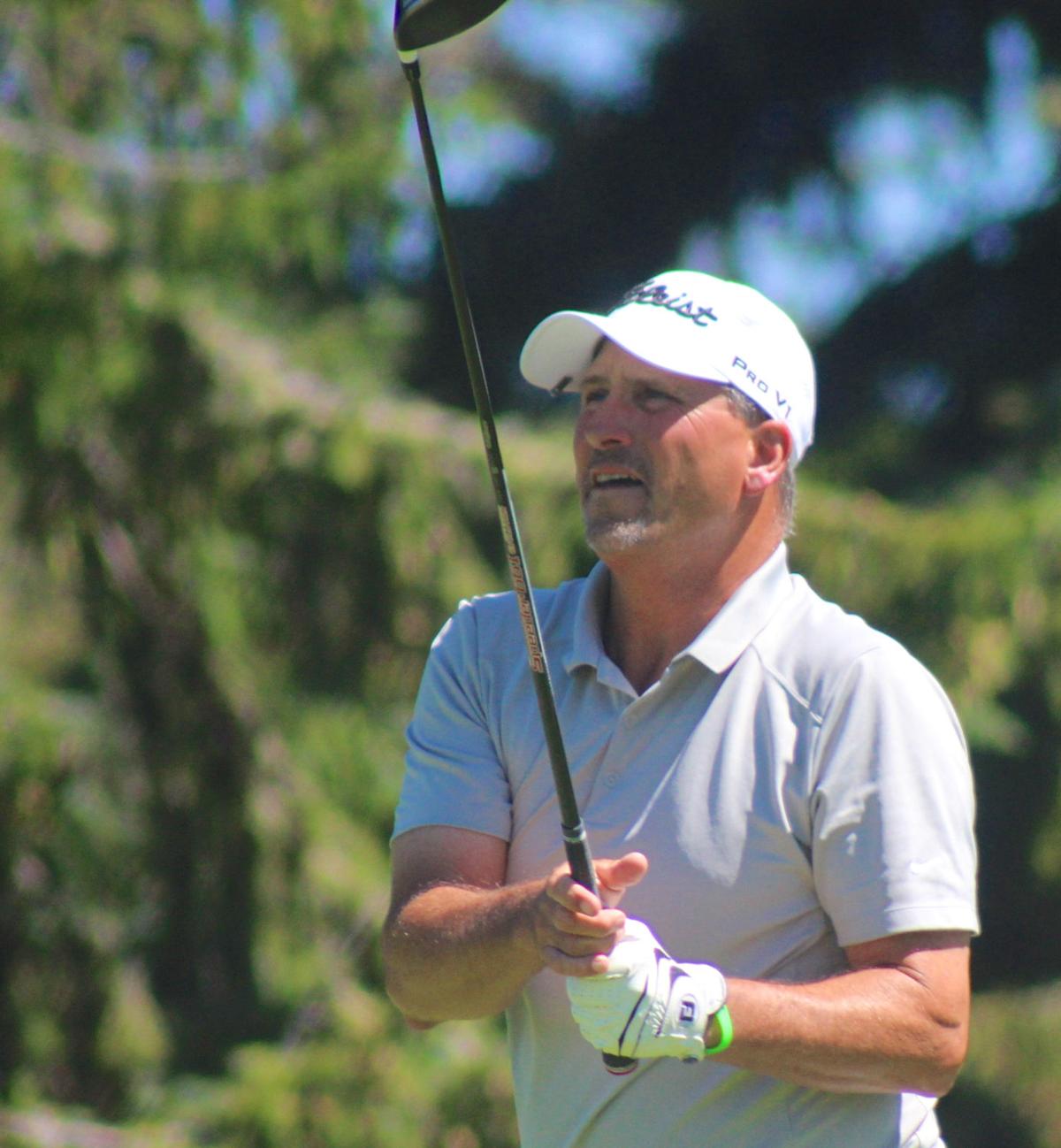 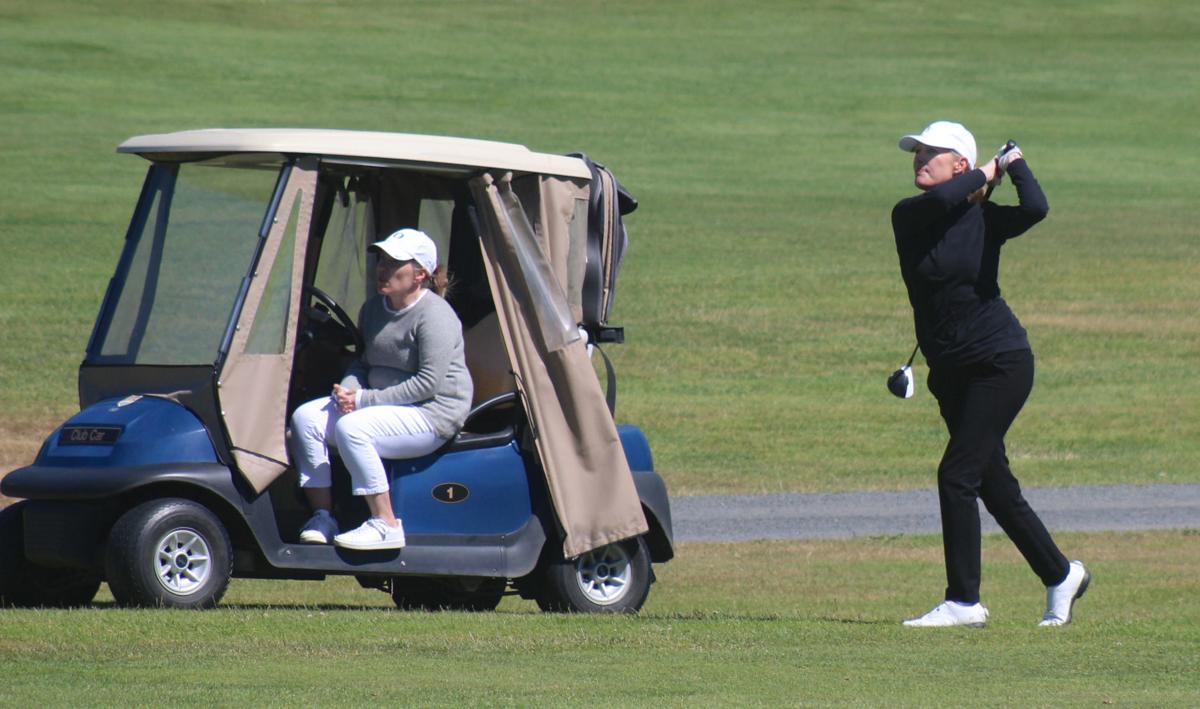 Gary Henley/EO Media Group Laura Tennant sends her approach shot to the green on the 13th hole in Saturday's afternoon round, as her caddy (and sister) Cappy Mack looks on. 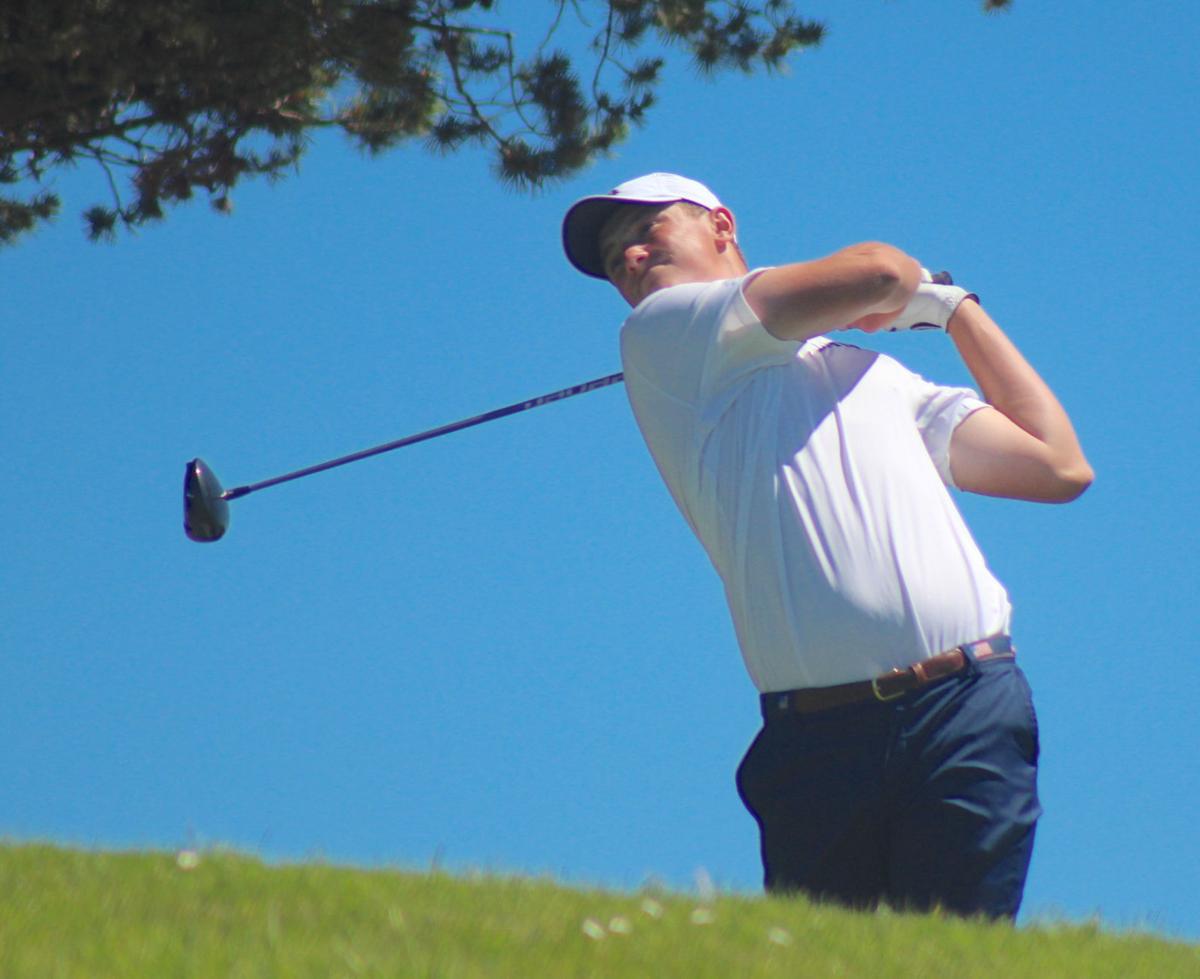 Gary Henley/EO Media Group Riley Elmes tees off on the seventh hole, on his way to his second straight Grand Champions title.

Gary Henley/EO Media Group Laura Tennant sends her approach shot to the green on the 13th hole in Saturday's afternoon round, as her caddy (and sister) Cappy Mack looks on.

Gary Henley/EO Media Group Riley Elmes tees off on the seventh hole, on his way to his second straight Grand Champions title.

WARRENTON — “It’s all about family,” said Lara Tennant, in her address to the crowd following her Women’s Division victory in the annual Oregon Coast Invitational, which concluded Saturday at the Astoria Golf & Country Club.

“Family” is why Tennant plays in the annual tournament, and family is why one of the oldest tournaments on the West Coast remains so popular.

The 107th Oregon Coast Invitational definitely had a big family theme this year, as multiple families went home with some prize-winning hardware Saturday.

In addition to Lara (Mack) Tennant winning her 10th Women’s title, father George Mack Sr. won the second flight in the Super Seniors’ division, and sister Cappy advanced to the semifinals of the Women’s championship flight.

And Saturday’s big winner was definitely the Elmes’ father-son combo.

It’s been a tradition like no other for the Mack family, which now has over 20 championships in the OCI.

In Tennant’s victory Saturday, she held a slim 2-up lead after the morning 18-hole round, increased it to 3-up, then finally finished the match on the 34th hole, for a 3&2 win over Portland’s Gretchen Johnson, playing in her first Coast Invitational.

It’s the 10th Women’s title for Tennant, her first coming in 1990. She had to get past four-time OCI champion Amanda Jacobs in Friday’s semifinals, one day after a quarterfinal victory over Charisse Spada.

Tennant used a near-miracle shot on the sixth hole in Saturday’s afternoon round to maintain her lead over Johnson.

Her tee shot on No. 6 landed on the other side of a ridge bordering the right side of the fairway.

“I was more concerned about getting it up and over the hill,” she said. “And I hit a6-iron to within 15 feet. I knew I hit it well, but you never know how it’s going to end up.”

The entire week was “slower at the beginning, then I played better each day,” Tennant said. “And that’s what’s most important, to play really well on Friday and Saturday. The wind was so tough this year. It was consistently the most windy golf of any coast tournament I’ve ever played in.”

In the Grand Champions’ match, Elmes was 1-down to Anthony Arvidson after the morning round, but rallied and was 1-up through the fifth hole of the afternoon round.

Seaside’s Sam Hinton bounced back from his first round loss in the Grand Champions division to win the first flight.

Elmes’ father, Matt, was even with Dennis Sturgell through 11 holes in the Junior Seniors championship, but then won the next two holes for a 2-up lead.

It was the second Junior Seniors title in three years for Matt Elmes.

In the Seniors’ championship flight final, Stevens had the home course advantage against Tom Mulflur.

“Most of the club members know all the bounces on this course,” Stevens said. “You know where to play it, so it’s a little bit of an advantage. But the out-of-town people have also played this course a lot. It’s highly competitive.”

Stevens was 3-up through 11 holes, but Mulflur rallied and eventually pulled even.

“We both bogeyed 17, then parred 18 to go extra holes,” Stevens said. From there, both golfers parred the first extra hole, and Stevens parred the 20th hole (played on the 18th) to win.

“It was an even match the whole way,” Stevens said. “(Mulflur) was a little longer off the tee, I just got the ball up and down around the greens one more hole than he did.”

Stevens’ highlight shot was “the putt on the 20th hole for birdie. I just put it up there close, about a foot away, and made that for a par.”

“I’ve been playing this for about 20 years,” Steven said, “and this is only the second time I’ve made it to Saturday, but the first time for a championship flight.”

The Super Seniors title went to Larry Wobbrock, who made a nearly 35-foot putt on the first hole to set the tone in his match with Gaylord Davis.