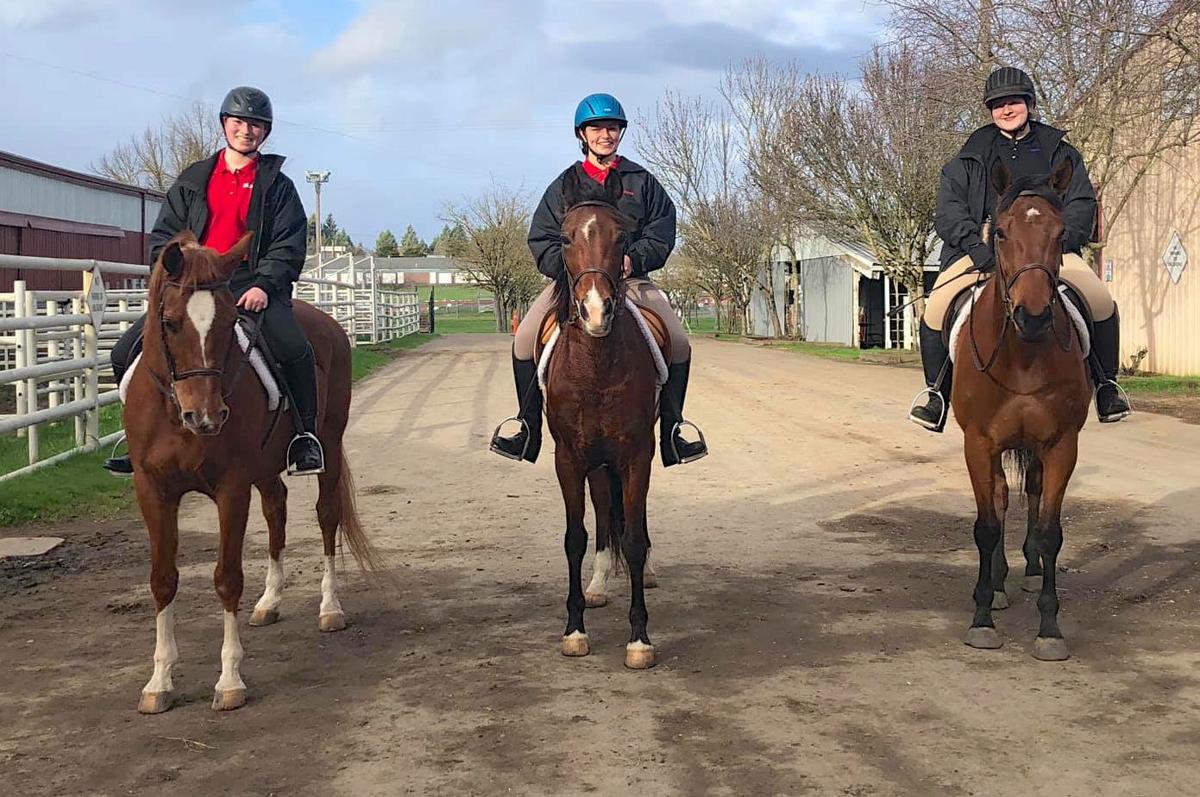 Members of the local high school equestrian team and their horses. From left, McKenna Roberts and ‘Reggy,’ Alicia Cano and ‘Moon’ and Allison Keeling with ‘Stormy.’ 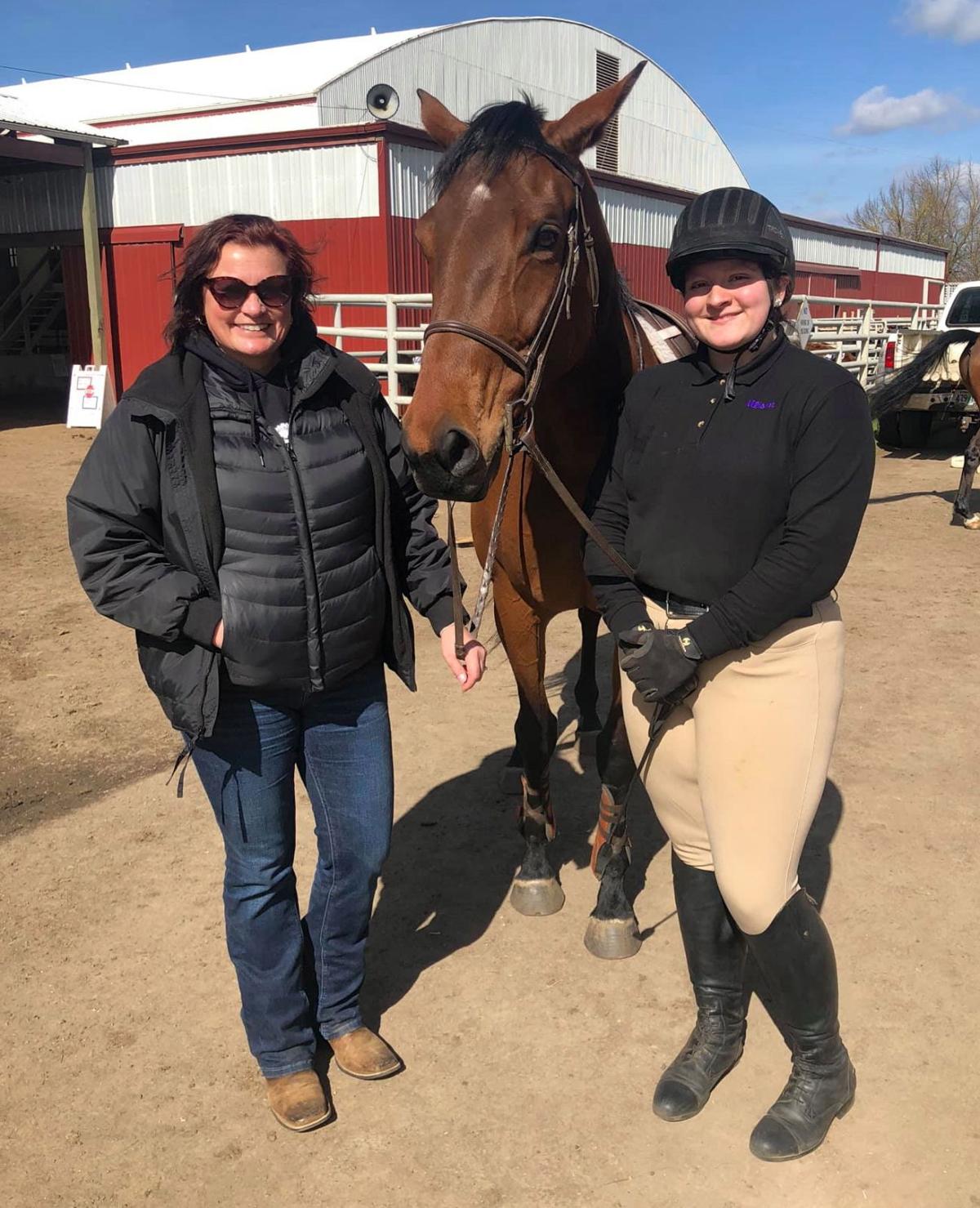 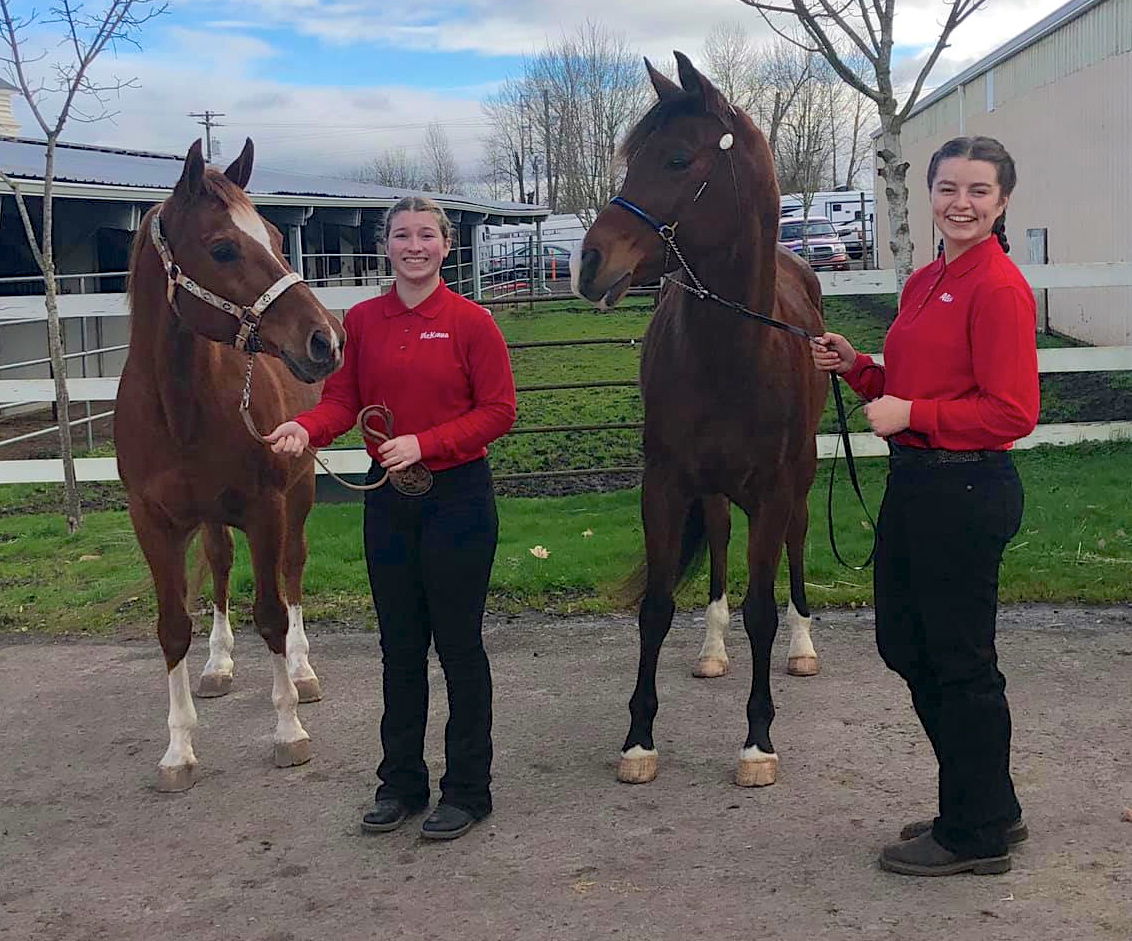 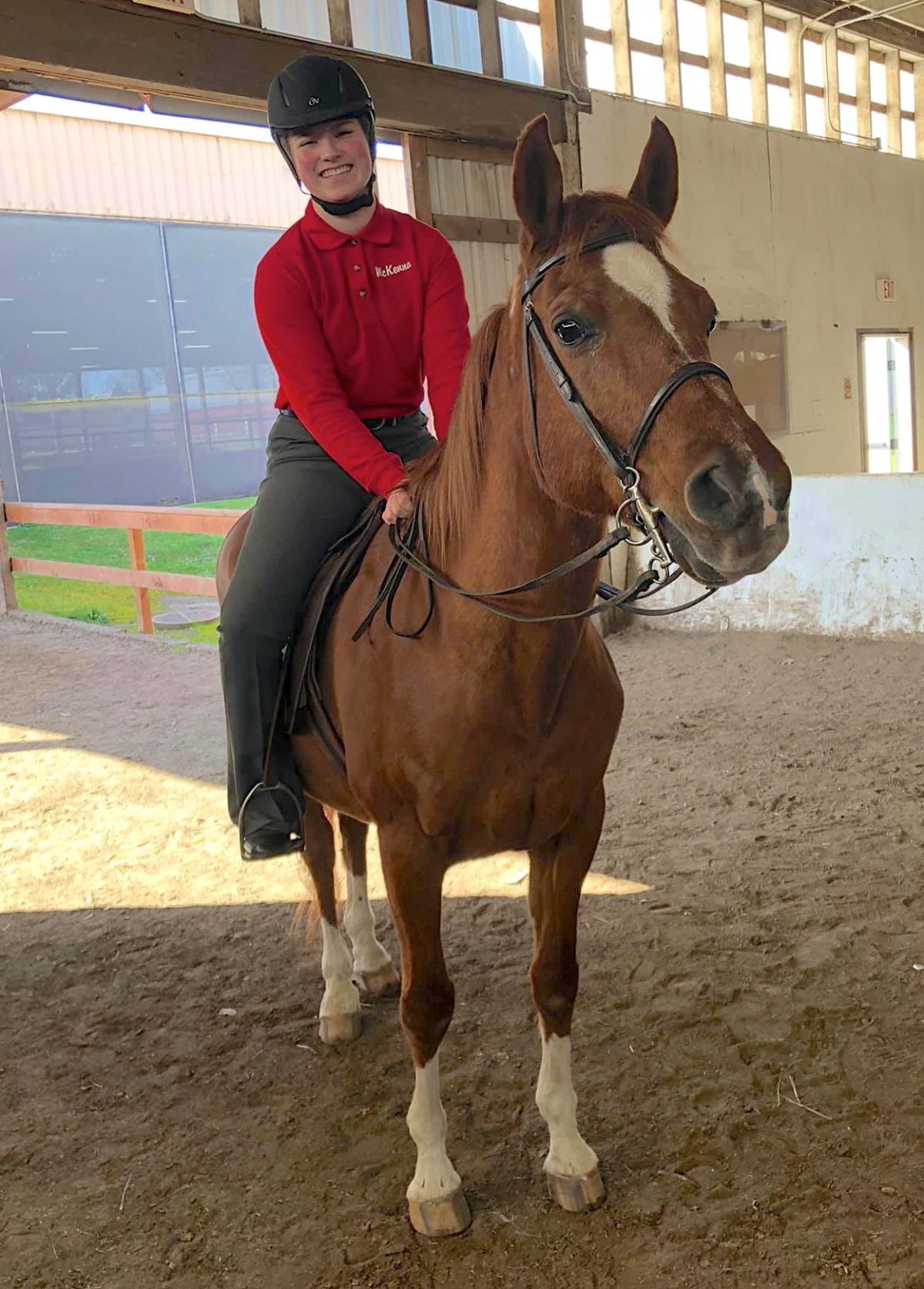 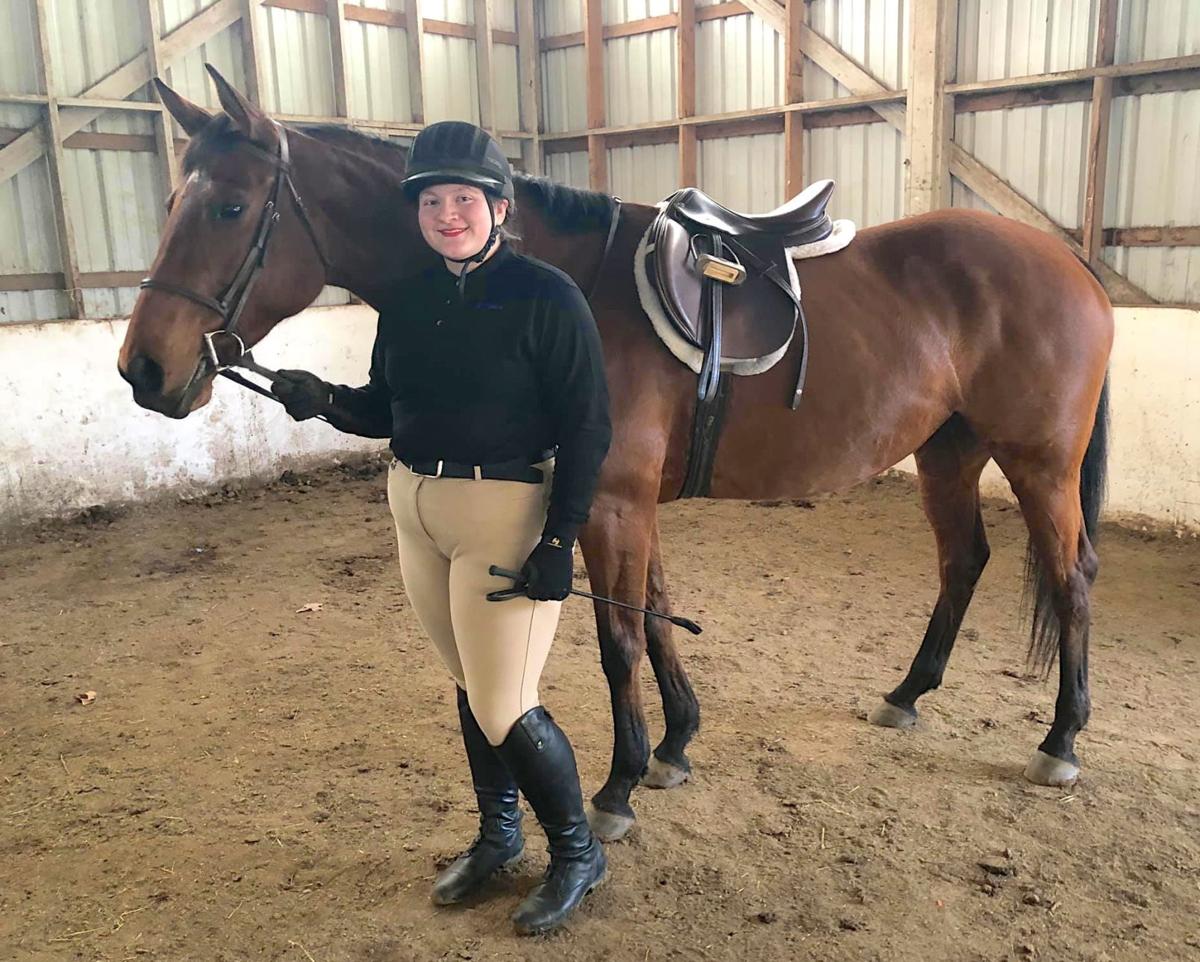 Members of the local high school equestrian team and their horses. From left, McKenna Roberts and ‘Reggy,’ Alicia Cano and ‘Moon’ and Allison Keeling with ‘Stormy.’

The cancellation of the spring sports season was a disappointment to everyone involved in high school athletics.

Baseball players, softball players, track athletes, golfers, and, yes, even horses are now missing out on the fun of competition.

The Oregon High School Equestrian Teams has had the remainder of its season wiped out by the coronavirus.

And the sport, which has grown in popularity just over the last five years, has left a lot of local riders disappointed and devastated.

“They do miss it,” said Brittany Israel, who coaches the local equestrian team, made up of riders from Astoria and Seaside.

When the final Oregon School Activities Association announcement came down canceling the season, “there were a lot of tears,” she said. “It was the first year of competing for most of them, so they were really upset. I would love to see them compete too, but we have to follow the rules.”

Israel had just one senior on the competition team, Allison Keeling, of Astoria.

It was also the first year (and the only sport) that student-athletes from Astoria and Seaside were competing on as one team.

Israel is the perfect coach for the team, having graduated from Seaside and coached Astoria teams for years.

“So I walk away a winner either way,” said Israel, who has three riders from each school.

For the Fishermen, Keeling was joined by Elle Espelien and Alivia Rickenbach, while Seaside had Alicia Cano, Lauren Meyer and McKenna Roberts.

“It was nice to have three kids from each school,” said Israel.

“They’re great kids. It was cool to see them come together. It wasn’t ‘we’re Astoria and you’re Seaside,’” she said. “We were all one team, and we’re there to enjoy our horses and have fun.”

And, she says, the horses seem to enjoy the competition, too.

“I believe they do,” Israel said. “They’re gaming horses, and that’s what they’re bred to do. The gamers are there to compete, and the performance horses are there to look pretty and do their pattern.

“Horses like that one-on-one, and they like to go out there and show,” said Israel, who has had a lifelong love of horses. “The horses know who their people are, that’s for sure. They’re close with them, and the horses enjoy competing.”

As for Clatsop County’s equestrian team, the locals had more of a spring season than other sports, competing in one full meet in February, and part of another in March.

Riding “Lewy,” Espelien was eighth in Individual Flags, ninth out of 55 riders in Barrels, and 12th in Figure 8; Rickenbach and “Athena” placed 17th out of 45 participants in Keyhole.

Espelien and Rickenbach were eighth in the two-man birangle.

While at another meet in March, the remainder of the season was canceled.

Still, Keeling and her horse “Stormy” placed second in Hunt Seat over Fences and 13th in Dressage, while Roberts and Reggy took second in Saddle Seat.

She said Espelien would have had a good shot at state in the gaming events.

Until next season, Israel and her team are observing all of the OSAA’s “no coaching, no practices” rules.

“We’re following all the guidelines,” she said. “There’s absolutely no practices, and we’re following whatever the OSAA is saying.”

Participants may still work with and ride their horses on their own.