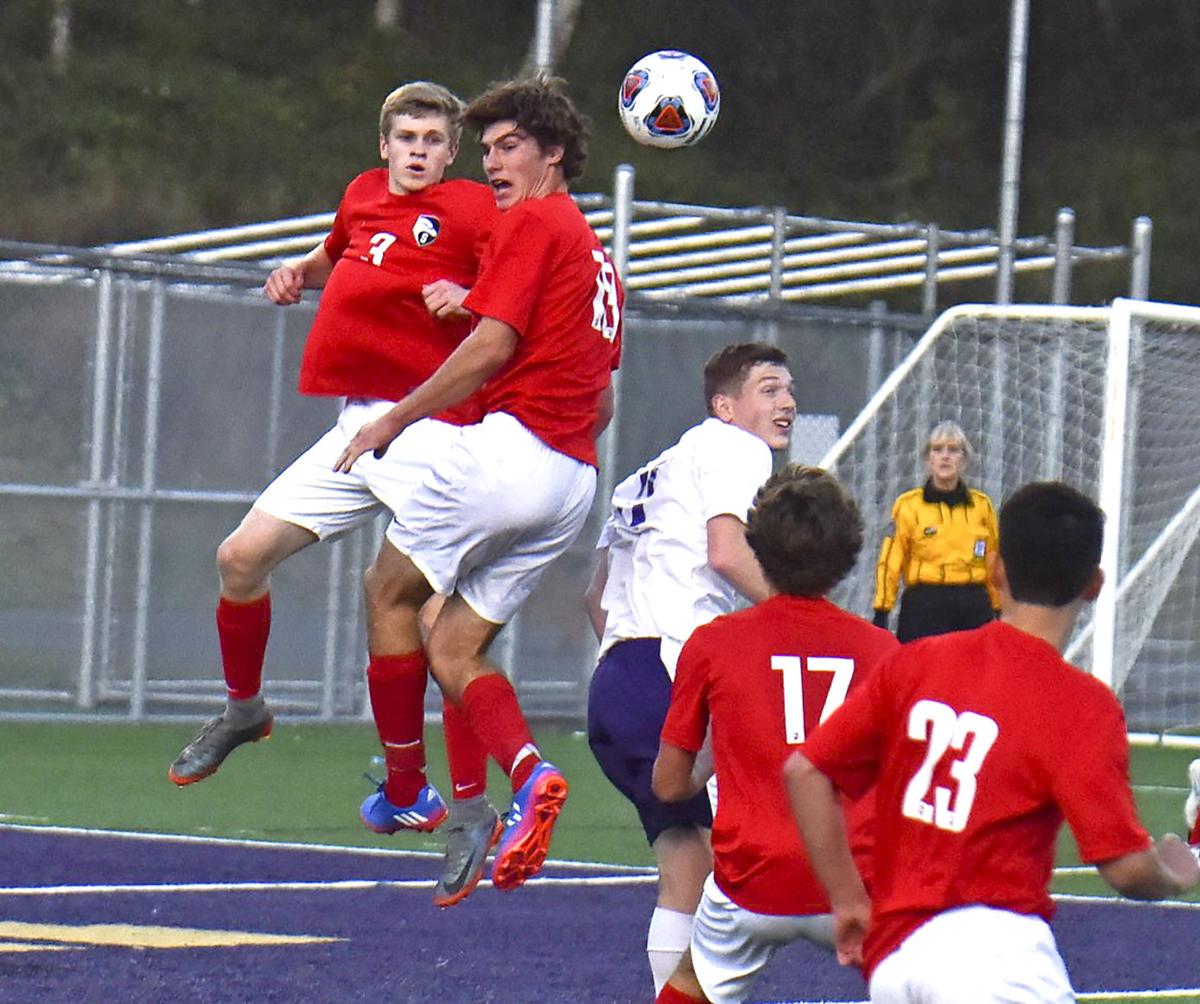 Seaside players try to maintain control of the ball in front of the Astoria net. 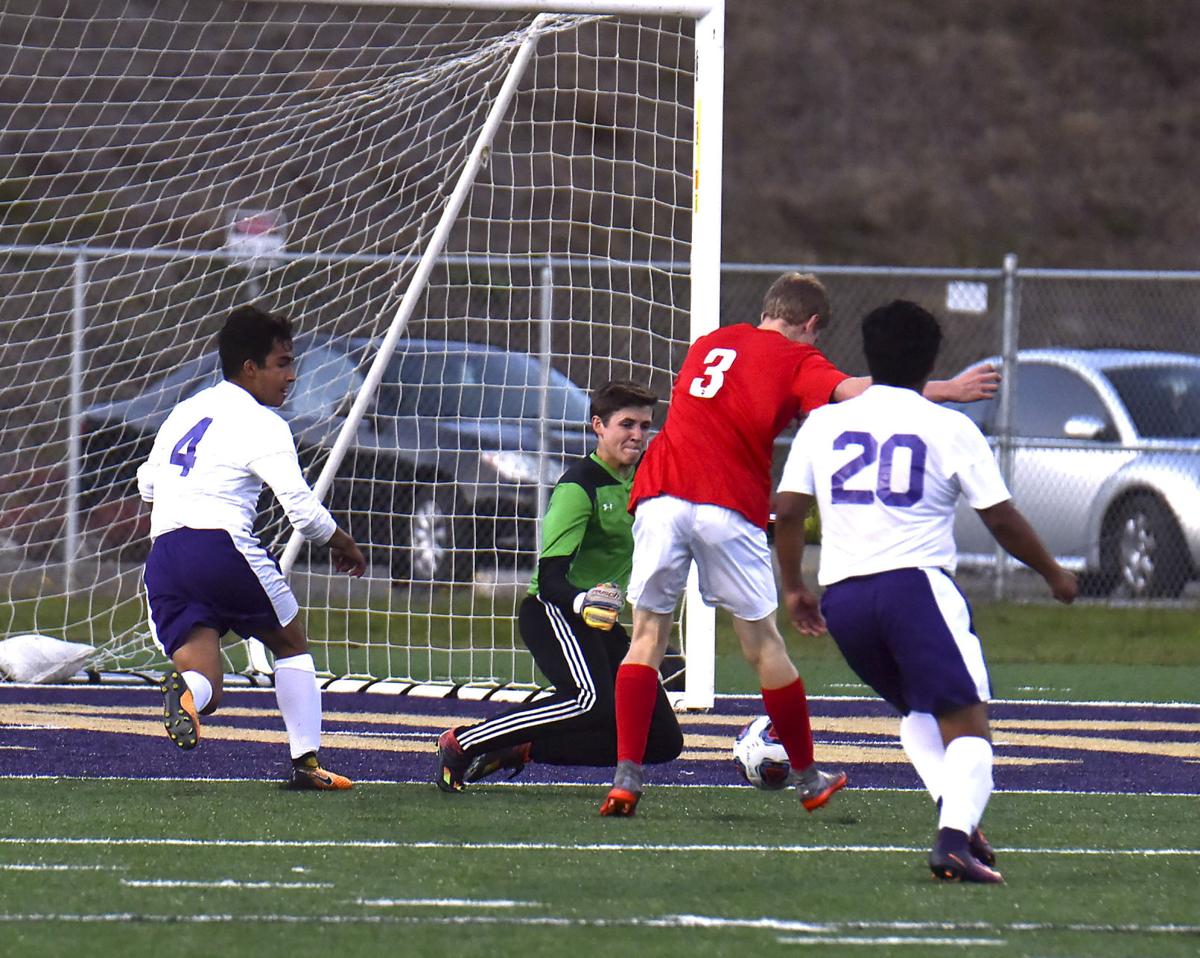 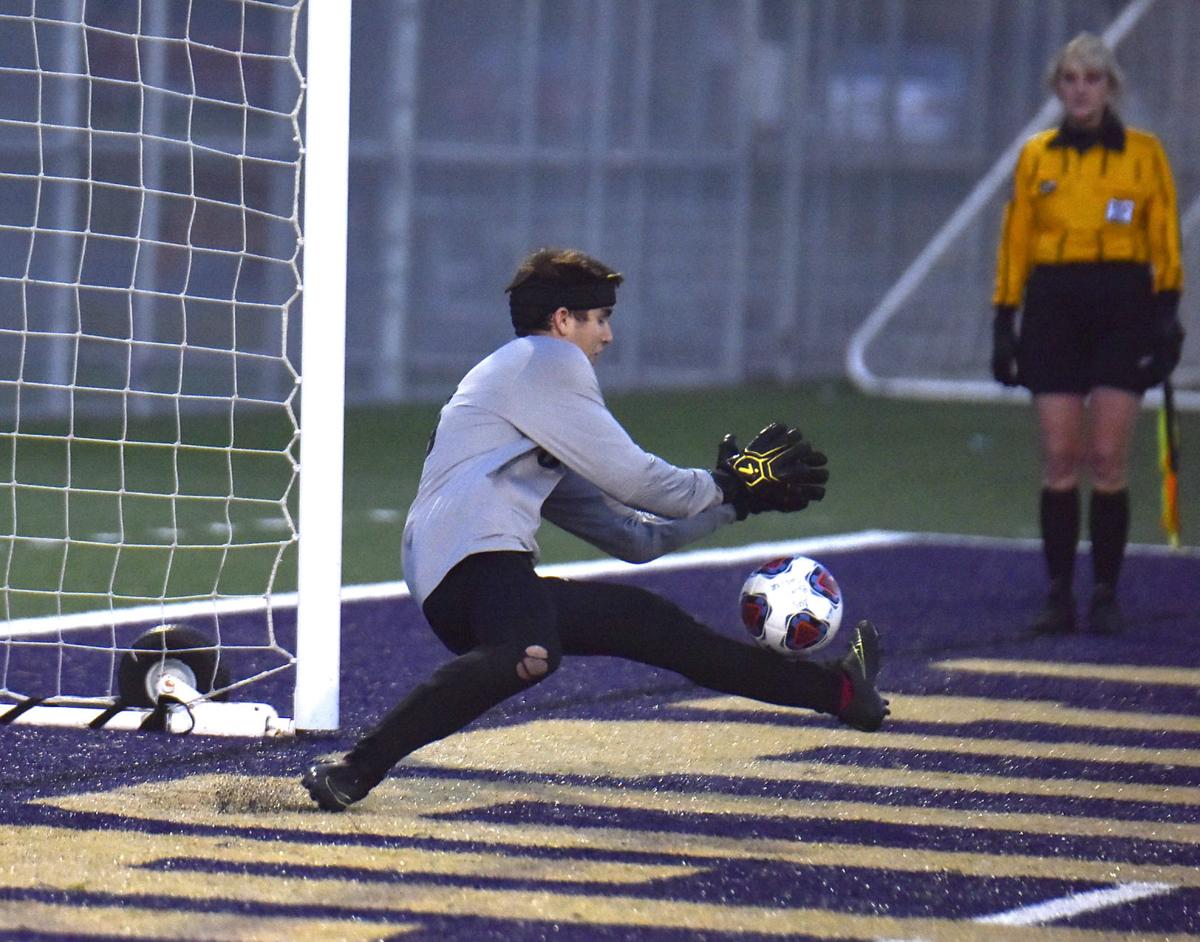 Seaside players try to maintain control of the ball in front of the Astoria net.

Seaside shut down the Astoria attack, the league’s Player of the Year (pending) scored two more goals, and the Gulls are one step closer to locking up the Cowapa League boys soccer title, following a 2-0 win Tuesday night over the Fishermen at CMH Field.

Seaside scored a goal in each half, while a strong defensive effort by the Gulls limited Astoria to just one shot on frame the entire night, in a dominating performance.

The No. 3-ranked Gulls improve to 6-0-1 in league play (8-1-1 overall), ahead of Valley Catholic (5-1-1) in the Cowapa standings. The Valiants host Seaside Friday, the first of three remaining league games.

“I’m either confidently optimistic or optimistically confident,” said Seaside coach John Chapman. “But I was very pleased with how we played tonight. They didn’t get any shots at all. Rafi Sibony did a solid job on Cole Beeson, and our whole midfield played well. Rafi, Irving (Peon) and Colton (Carter) all had great games.”

The Gulls had a huge advantage in possession time, and spent most of the first half and a good part of the second half on Astoria’s side of the field.

Fishermen keeper Jake Hurd made saves on two close-range Seaside shots in the opening minutes, while Peon had a couple of near misses.

The game’s first goal came in the 18th minute, when Carter lined a left-footed shot into the upper left corner of the net, from the far post, 20 yards out.

Astoria’s only shot in the first half was a free kick by Beeson from just outside the penalty area, but the ball sailed high over the cross bar.

Still, Hurd kept the game close, making saves on five Seaside attempts in the first half. The Gulls had nine shots total over the first 40 minutes.

It was much the same for the first 10 minutes of the second half, with Hurd making saves on attempts by Chase Januik, Carter, freshman Dodger Holmstedt and Henry Chapman.

The first real opportunity for a goal belonged to Astoria, following a foul in the penalty area in the 51st minute.

But, the penalty kick by Jonathan Jimenez was knocked down by a diving James Petite, who also made the stop on a follow-up attempt by Beeson.

“That was a brilliant save by James,” Chapman said.

The game was more evenly played from there, although the Fishermen still did not have a shot over the final 23:20.

Seaside had five attempts in the last 21:30, but only one found the mark.

Carter — the two-time Cowapa League Player of the Year and frontrunner for this year’s award — gained control of a ball on the right side, made a move along the end line, and scored from close range with 9:57 remaining.

All the signs are there for a strong Seaside finish, regular season and in the state playoffs.

“We’re all healthy, and we have a few guys who are playing well off the bench, making it easier to substitute,” Chapman said. “And we’re not taking anything for granted. Three games left, and anything can happen.”

Scappoose is in third in the league standings at 3-4, followed by Astoria (2-3-2). The Fishermen play at Tillamook Friday.

What's all this about '70 at 50'? A look at the Journal Star's history project on Nebraska's first title team

Red Zone podcast: Roster updates and a look at the Badgers schedule