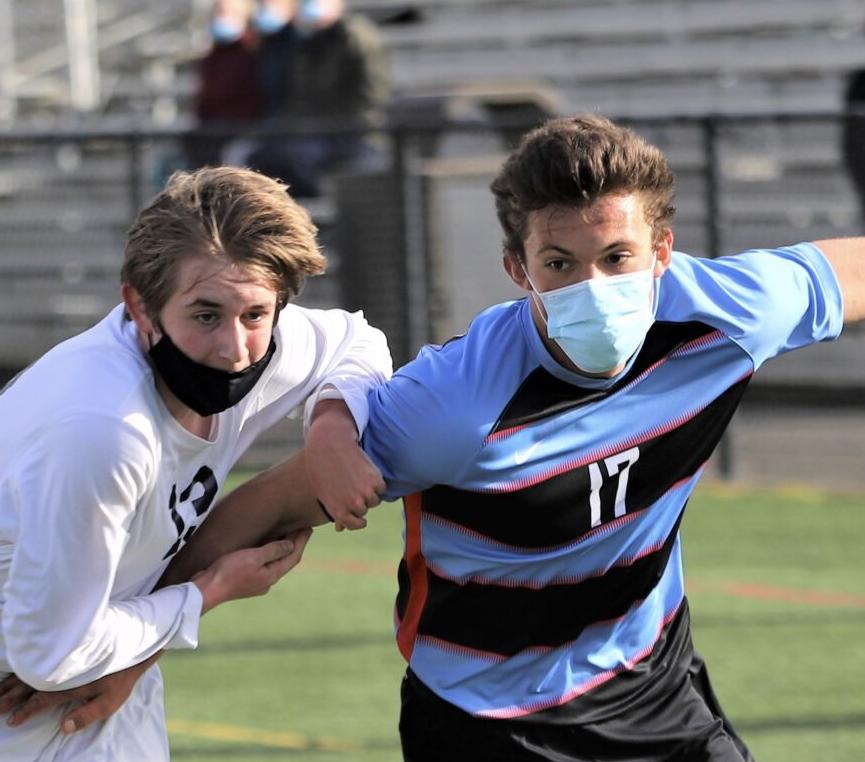 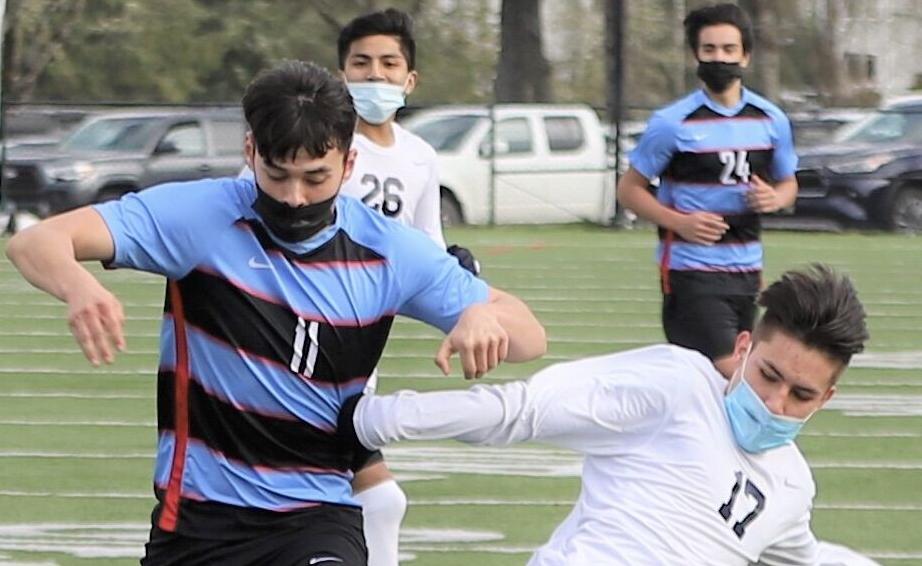 Seaside senior Diego Angulo-Joli battles for possession against a sliding Jonathon Mazo-Amezaga of Newport. The Gulls won the game, 3-2.

Seaside senior Diego Angulo-Joli battles for possession against a sliding Jonathon Mazo-Amezaga of Newport. The Gulls won the game, 3-2.

After losses in their first two games, the Seaside boys soccer team will likely finish this spring with a seven-game win streak.

The Gulls made it five in a row Monday afternoon with a 3-2 win over Newport at Broadway Field.

Seaside improved to 5-2 overall, with games remaining at Tillamook (Wednesday, 6 p.m.) and at home March 30 against Banks. The Cheesemakers and Braves are a combined 1-8-1, and both lost games to Seaside earlier this month.

In Monday's win, Newport scored first, when Bryan Velazquez-Olivera took a ball up the middle and scored unassisted for a 1-0 lead in the 12th minute.

The Gulls erased the deficit and took the lead all in a one-minute span later in the half, scoring at the 31:28 and 32:29 minute marks, for a 2-1 halftime advantage.

Each team added a goal in the second half.

Seaside scored revenge for an earlier 1-0 home loss to Valley Catholic, as the Gulls went to Beaverton for a Cowapa League boys soccer game March 18 and scored a 1-0 win on the Valiants' home field.

Valley Catholic had the advantge in possession time the first half, while the Gulls had five shots on goal (three by Westin Carter), all saved by the Valley Catholic goalkeeper.

But the Valiants' luck ran out in the 18th minute of the second half.

Seaside's Dodger Holmstedt gathered in a long pass from Carter, carried the ball around the right side into the goal box, and centered a pass to Evan Carrillo, who scored from close range for the game's only goal.