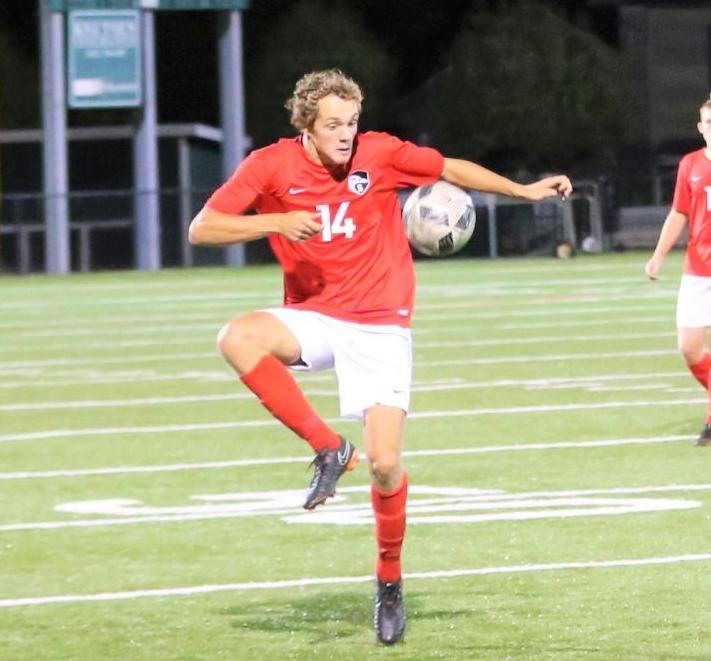 Ryan Hague shows his style on the pitch. 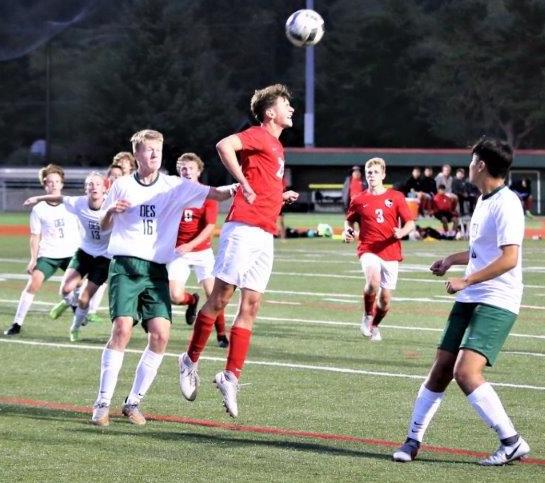 Seaside’s Stephan Snyder goes for the ball in action earlier this season. 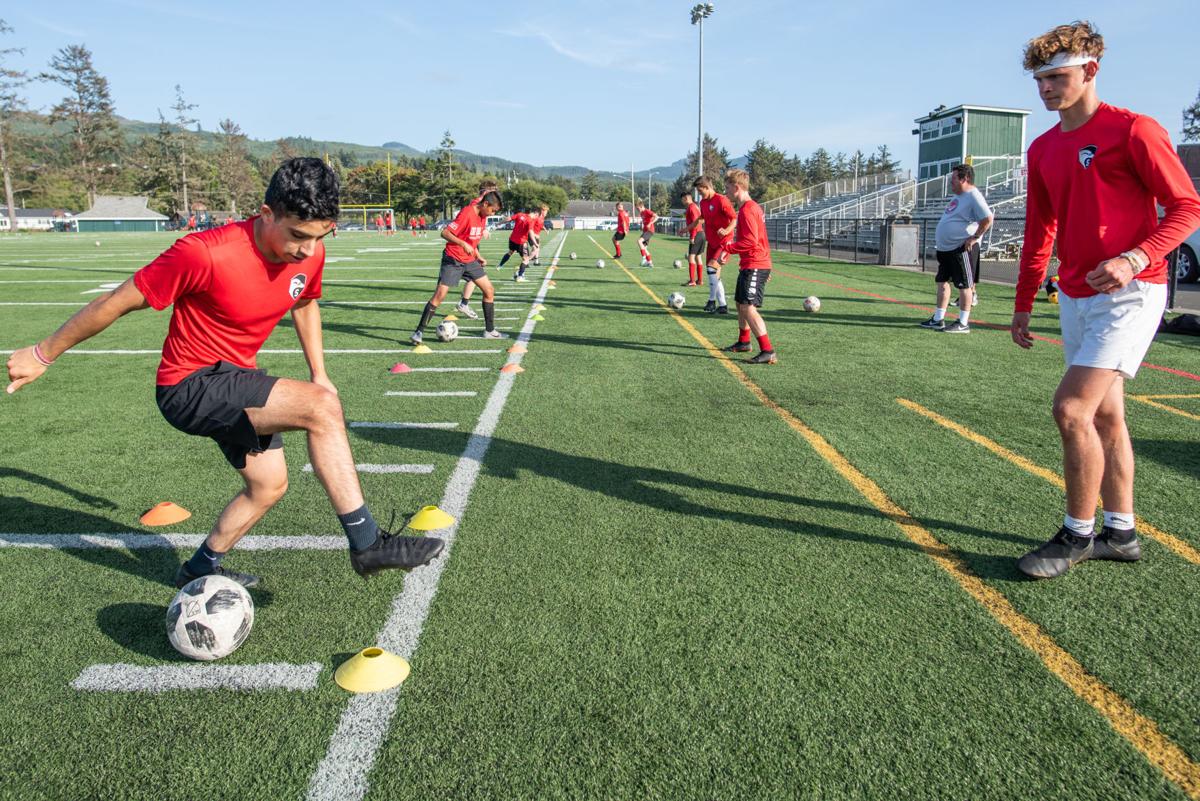 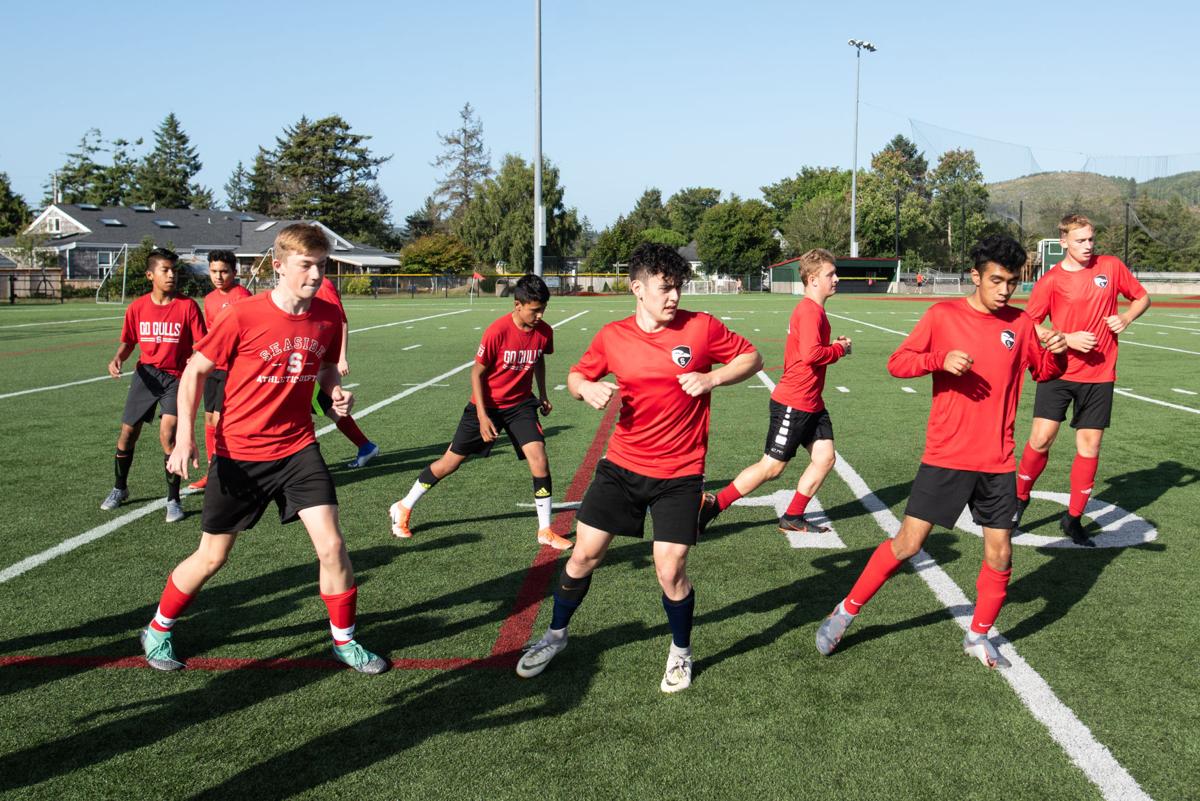 The team shuffles up and down the field before they start doing more intense drills. 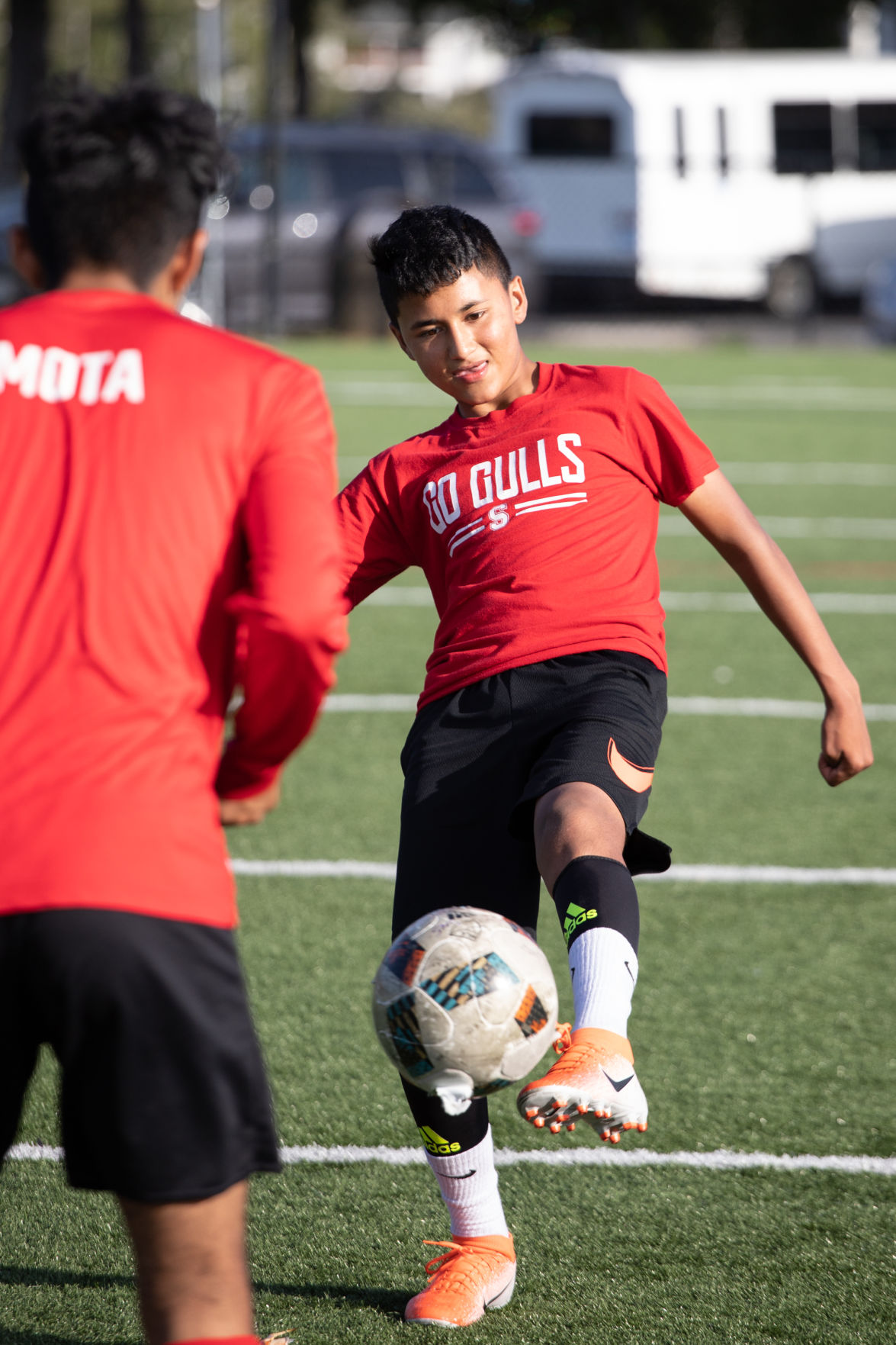 Players tap the balls back and forth at the start of practice.

Ryan Hague shows his style on the pitch.

Seaside’s Stephan Snyder goes for the ball in action earlier this season.

The team shuffles up and down the field before they start doing more intense drills.

Players tap the balls back and forth at the start of practice.

A couple of heartbreaking defeats in the state playoffs the last two years ended their dreams of a state championship, but the dream isn’t over yet for the Seaside boys soccer program.

The Gulls have lost some great players to graduation over the last two seasons, but as some key athletes return, a new group of challengers is beginning to emerge for the next generation of Seaside soccer.

“I’m either optimistically positive or positively optimistic,” said Seaside coach John Chapman. “We have a good, developing group coming up, and we also have some good middle-grade players with past varsity experience. Luke (Verley), Dodger (Holmstedt), Westin (Carter) … hopefully Westin will stay healthy.”

Seaside lost quantity and quality last year, as the Gulls said so long to nine seniors on their annual “Senior Night.”

Lost to graduation were Cowapa League Player of the Year Irving Peon-Contreras, along with all-leaguers Parker Conrad, Bryce DeWinter and Chase Januik.

Seaside finished second behind Valley Catholic in the league standings in 2018, and ultimately dropped a quarterfinal game at home to North Marion in the state playoffs.

In 2017, the Gulls were ranked No. 1 in the 4A rankings heading into the postseason, only to lose a quarterfinal game at Broadway Field to eventual state champion Newport.

But Seaside has established itself as a traditional power in the Cowapa League, where the Gulls are either the favorite or at least challenging for a league title every season.

Heading into the current season, “Valley is going to have some good players coming back,” Chapman said. “They’re going to be a threat. They didn’t lose too many seniors, but the guys they did lose were key. The young guys they have are strong. I think they will be good in attack. Not sure how they’ll be in defense.”

Diego Angulo-Joli (F/M) and Stephan Snyder (M/F) return for their junior years, while the Gulls also have Everest Sibony (M/F).

Replacing Samson Sibony at goalkeeper is still a question mark for Chapman.

“That’s the every-year mystery,” he said. “We should be fine. We have a sophomore and a junior playing on our defensive backline, which is anchored by two seniors. Plus we’ll have Ryan Hague (Jr.) when he comes out.”

Clemson will reportedly pay Wyoming $1.1 million to buy out of 2021 game

The X-factor: Play of Missouri's Pinson forged by a fearless mindset and fast tempo

University of Wyoming announces Athletics Hall of Fame Class of 2020