Beau Johnson shoots over a defender. 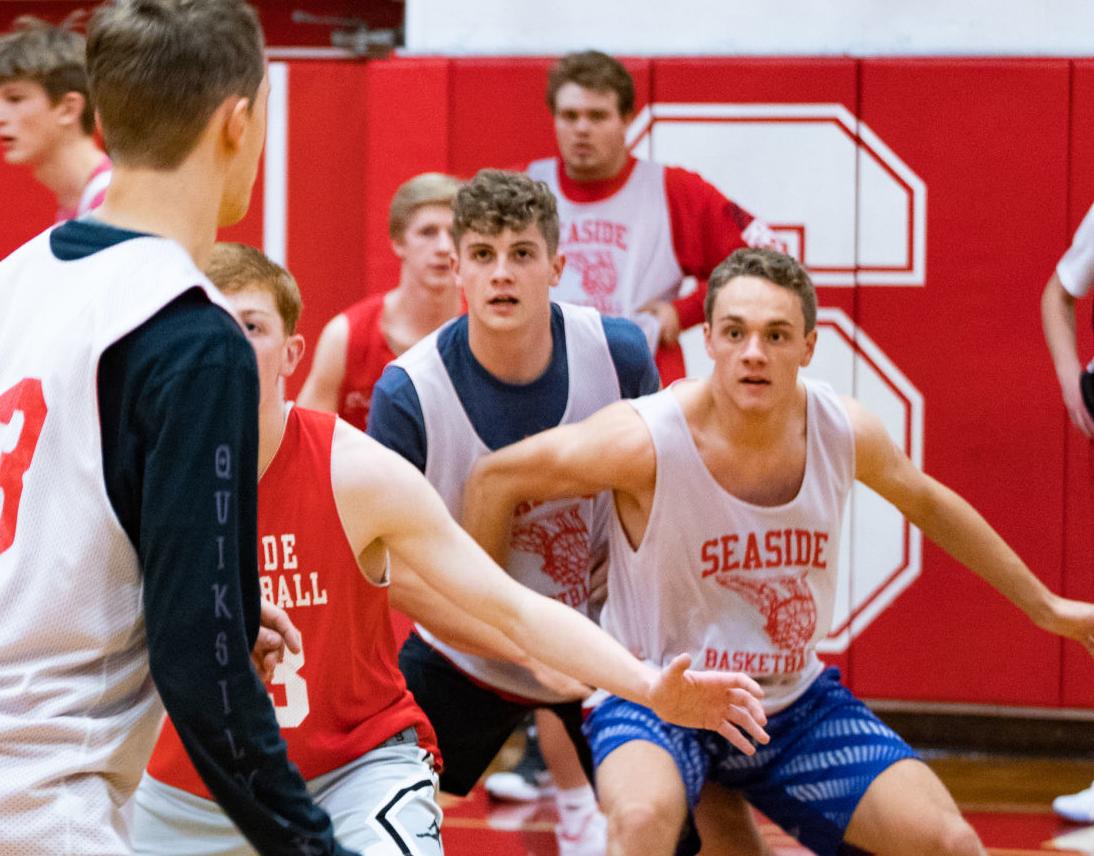 Seaside boys practice their skills during a scrimmage. 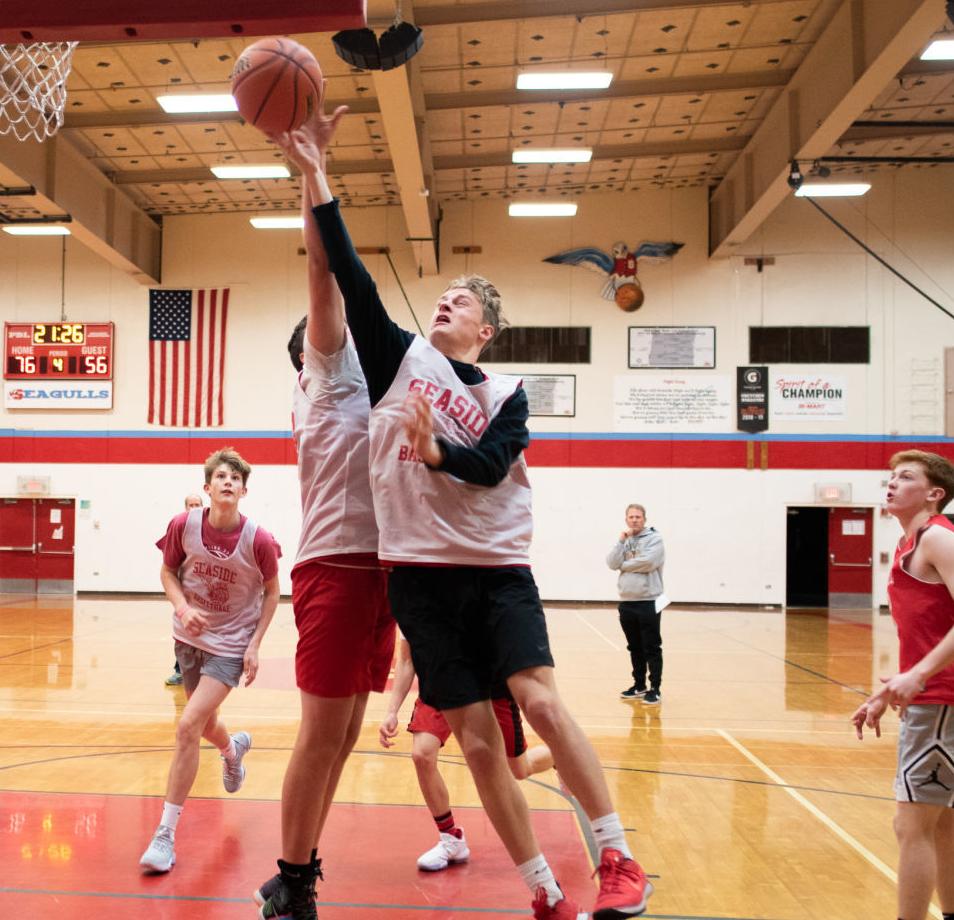 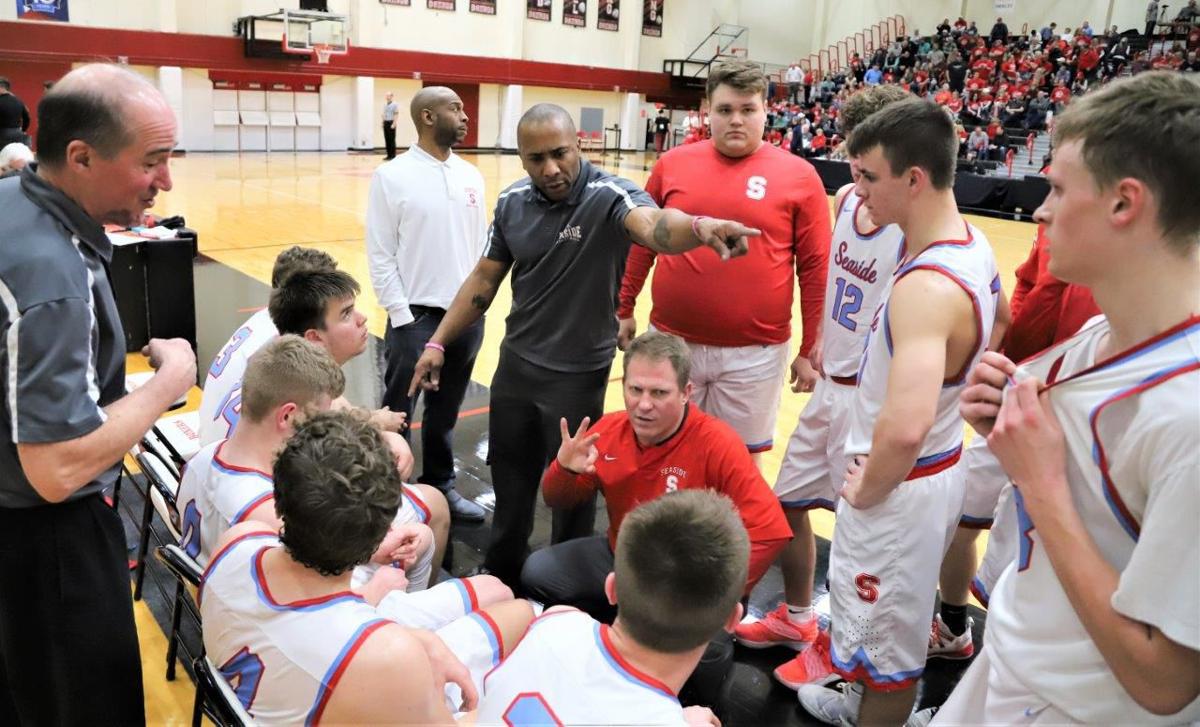 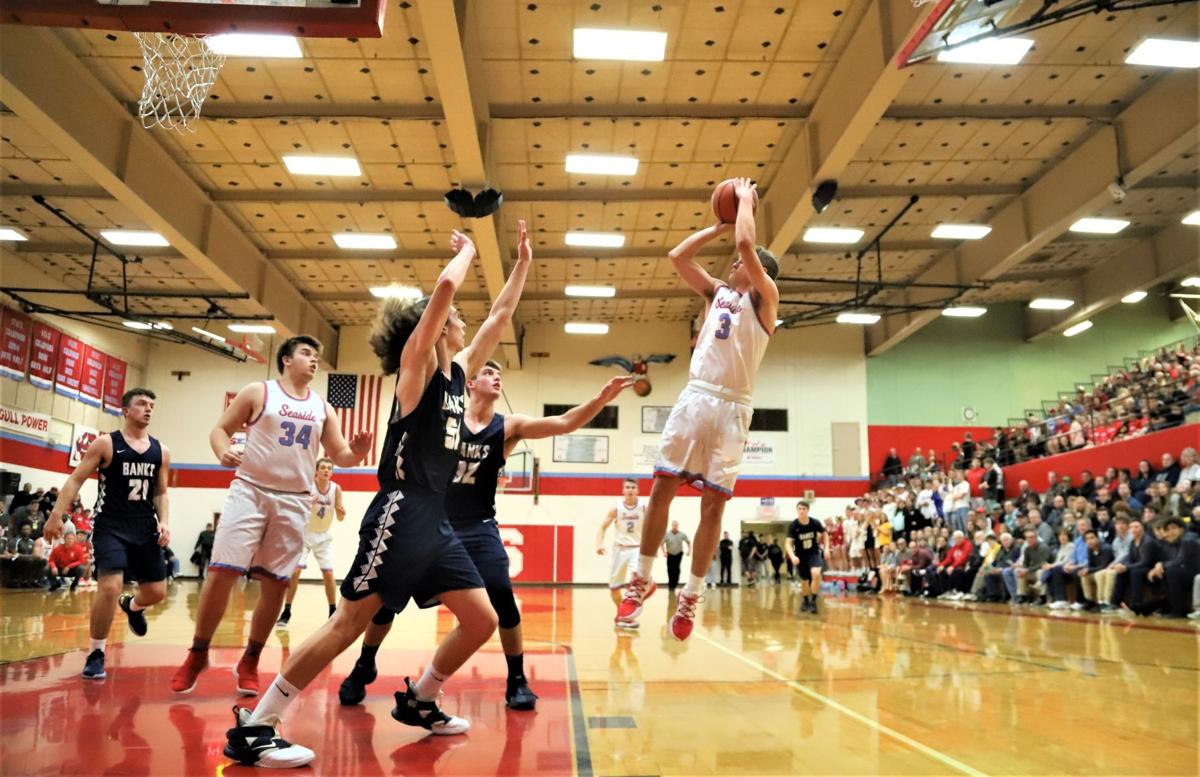 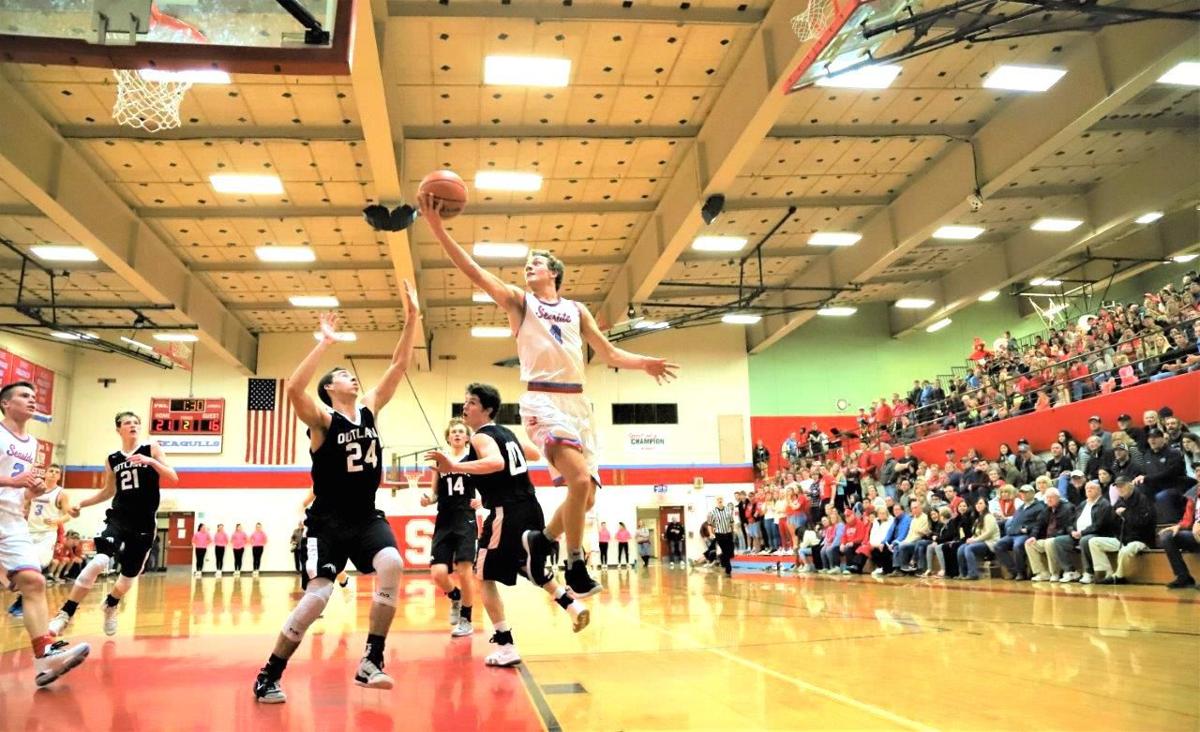 Beau Johnson shoots over a defender.

Seaside boys practice their skills during a scrimmage.

For the last four years, the only question in Oregon 4A boys basketball has been: Who will Seaside play in the state championship?

The Gulls have appeared in four straight title games, winning two and losing two. And even though they lost some key seniors, they’ll be in Forest Grove again, March 14, playing for another state championship. You can bank on it, so to speak.

After all, it’s not the players, it’s the program.

The names may change, but the program remains the same. To quote the Raiders, “they just win baby.”

Seaside recently picked up four first-place votes in the first coaches poll of 2019-20, and if all goes as expected, the Gulls will be playing in their fifth straight championship game.

The current Gulls just have some unfinished business. Last year’s loss to Banks in the state championship was unexpected by many, and spoiled Seaside’s bid for a three-peat.

“The kids who are seniors this year, they’ve got a goal for themselves,” said Seaside coach Bill Westerholm, entering his 22nd year. “The way we finished last year left a bitter taste in their mouth. Their goal is to get right back where we were last year.”

For the fifth time in thesix years, the state champion will likely come from the Cowapa, a.k.a., the “Conference of Champions.”

Banks holds the title for now, but the Braves lost more to graduation than the Gulls. Of their five all-league players, four were seniors, including Player of the Year Blake Gobel.

Still, “Banks will be just fine,” Westerholm said. “They’ve got Jacob Slifka coming back. They lost some key seniors just like we did, but they’ve got some kids who didn’t get as much playing time, and they will step in.

“Valley Catholic has a new coach, but they’ve got the point guard (Trey Eberhart) who’s been playing since his freshman year. They might not have very much depth, but they’ll be fine.”

Elsewhere, “Tillamook will be better, Astoria has most of their kids back, and (Ryan) Stenblom will be healthy. It’s probably Banks and ourselves fighting for the top spot, but you can’t take anybody lightly.”

State-wide, “Philomath is going to be pretty good, with all their kids coming back. Marist has a lot back, and Gladstone will have a shot at being a final eight team. North Marion has (Sergio) Jimenez, and we play La Grande twice. From the way they look in football, they will probably be improved in basketball.”

Out goes Januik, Thompson, Westerholm, etc., back comes Hague, Johnson and& Johnson, and Snyder, among others. The names may change, but the results are always the same: They win.

“We’ll be a team that looks a lot like the teams we’ve had the last four years,” coach Westerholm said. “We’ll press you and score a lot of points, push the tempo of the game, and we have a lot of kids who can score quickly.

“Once we get that consistency and everybody knows their role, we’re going to be right back where we were.”

Specifically, it’s Ryan Hague’s team now. Hague is one of Seaside’s leading scorers the last two seasons, and now it’s his turn to take another Seaside team to a state championship.

Hague will be Seaside’s leading scorer and one of the leading MVP candidates in the state, and will be among the many senior leaders for the Gulls, along with Stephen Snyder, Beau Johnson and Brayden Johnson.

“It’s a senior-dominated team, and Ryan is one of the leaders,” Westerholm said. “He’s taking charge of getting kids going in the right direction, and he will be in the running as one of the better 4A players in the state.”

In addition to Hague, the player running the show will be Snyder, the 6-foot-1 senior point guard.

“Even though he would play four quarters of JV and swing to varsity last year, he’s going to be our point guard, and he will be one of our leaders on the court this year,” Westerholm said of Snyder.

Also back for their senior years are Derrick Bennett, Ledger Pugh and Gavin Rich.

Also, “Beau Johnson has been impressive so far,” Westerholm said. “He’s in mid-season form right now. Ledger is stronger than he was last year. We’re just trying to figure out where to put him. He can play wing player because he shoots the ball well, or as an undersized post.”

Bennett “has improved his athleticism and conditioning since last year, so he will see some time at the post.”

The Gulls are even more stocked at the sophomore level, with players such as Kaleb Bartel, Cash Corder, Carson Kawasoe, Conner Langmo, Everest Sibony and Jarred White — all will likely see varsity minutes.

“The sophomore group has more height,” Westerholm said. “Kaleb Bartel, 6-1, may see time at post. Cash Corder is 6-5, 6-6, shoots really well from the outside.; Everest Sibony has been putting in a lot of time on his game. By his senior year he will be one of the better point guards we’ve had. He’s going to fit right in and continue that tradition.”

Kawasoe “handles ball well and is probably one of the better pure shooters in the program. He’s not afraid to shoot.

“We’re just trying to get those sophomores to the point where they will be ready to be that group that fills in next year,” Westerholm said, insuring more championship game appearances for the Gulls.

Prediction: A fifth straight appearance in the state championship game for the Gulls.