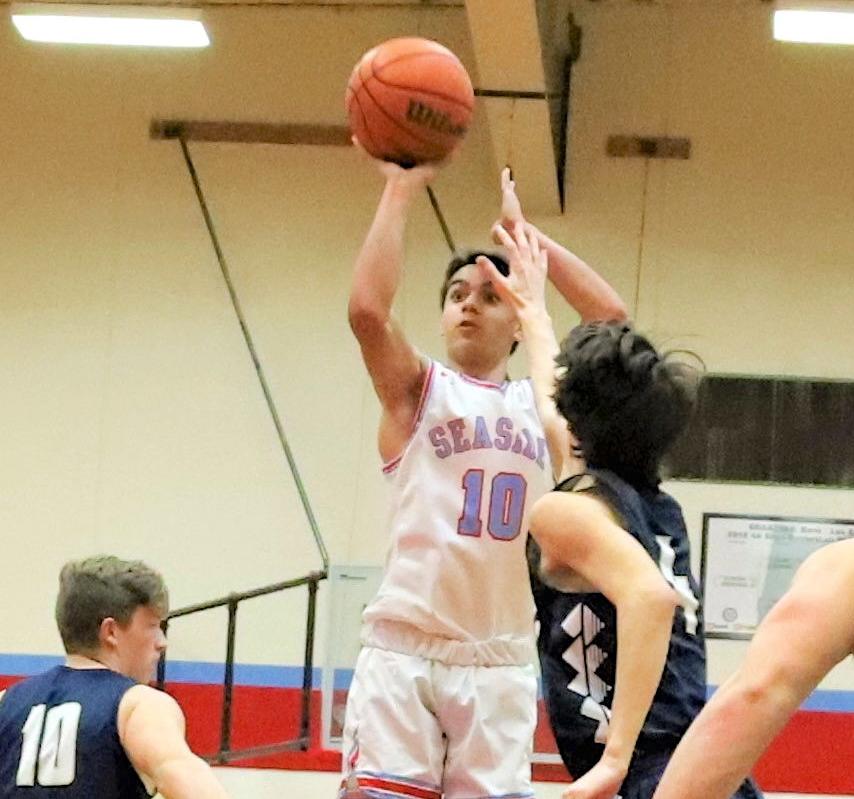 Everest Sibony pumped in 12 points off the bench for Seaside. 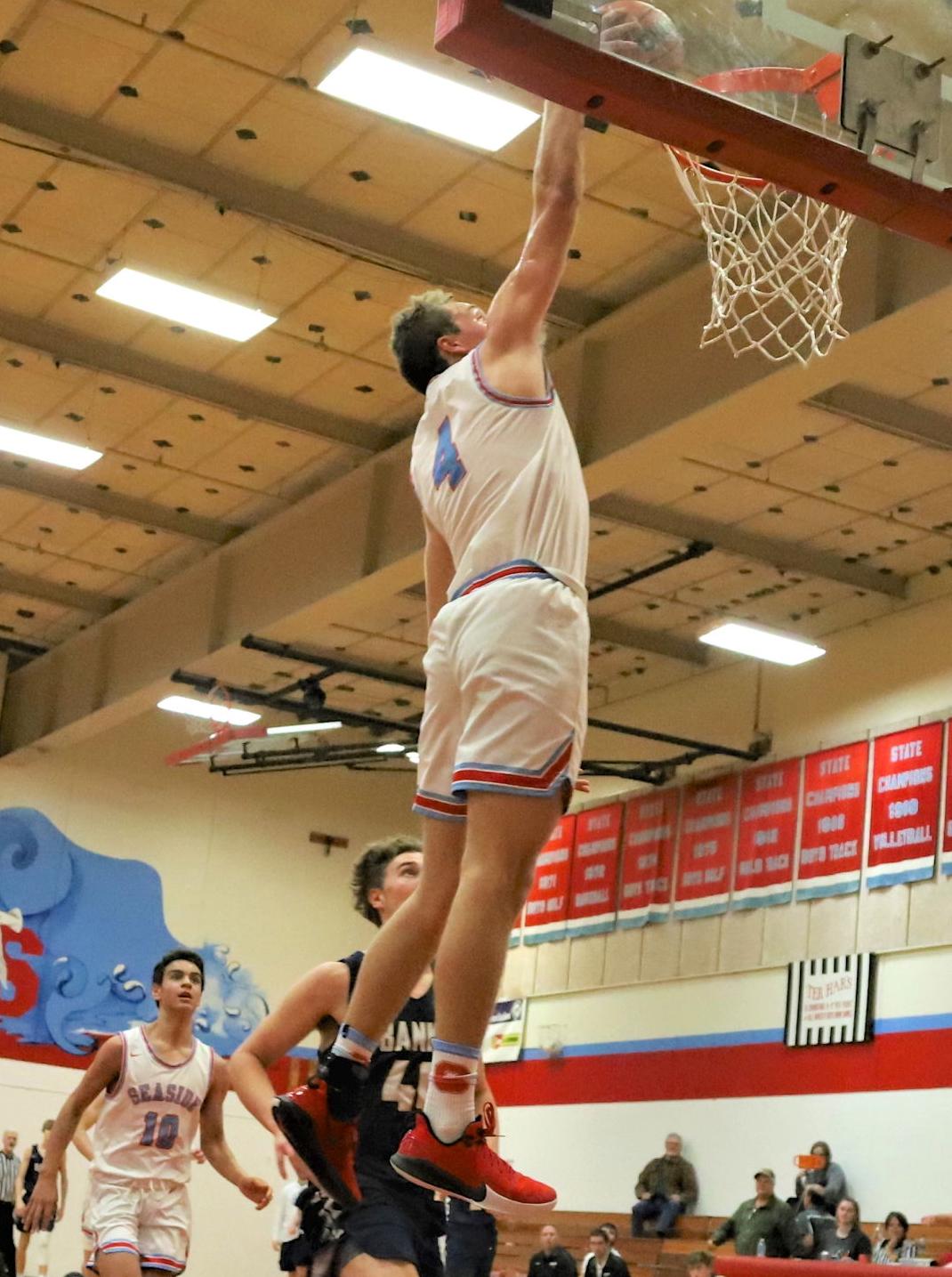 Seaside’s put the exclamation point on Thursday’s win over Banks with a breakaway dunk.

Seaside fans enjoyed a doubleheader sweep over Banks at the Gulls' Nest.

Everest Sibony pumped in 12 points off the bench for Seaside.

Seaside’s put the exclamation point on Thursday’s win over Banks with a breakaway dunk.

Seaside fans enjoyed a doubleheader sweep over Banks at the Gulls' Nest.

The Seaside Gulls are gradually taking away from the Banks Braves what should have belonged to Seaside last season — a third state championship.

The Gulls cruised to a 58-51 win over Banks in a Cowapa League boys basketball finale Thursday night at the Gulls' Nest, resulting in a co-league championship between the Braves and Gulls.

Seaside and Banks will break the tie and play for the Cowapa's No. 1 seed to state on Tuesday, 6 p.m. at Tillamook.

Win or lose, the Gulls will likely host a first round state playoff game later in the week.

Seaside answered with a 9-0 run, highlighted by a reverse layup and four straight free throws by Beau Johnson for a 57-49 lead.

Three-pointers by Brayden Johnson, Ryan Hague and Everest Sibony highlighted a 17-5 run by the Gulls in the first half.

Three players scored in double figures for Seaside, led by Sibony off the bench with 12 points. Brayden Johnson and Stephen Snyder added 10 points each.