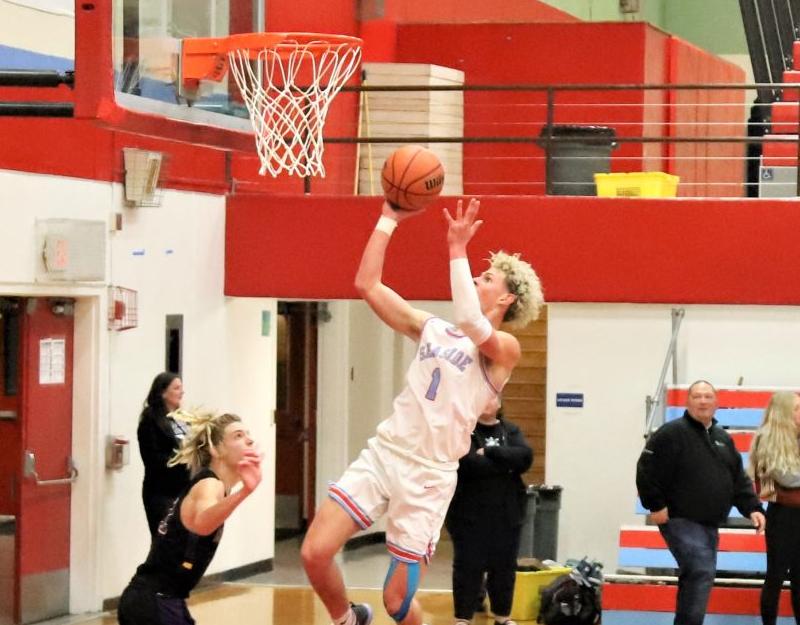 Stephen Snyder banks it in against Marshfield. 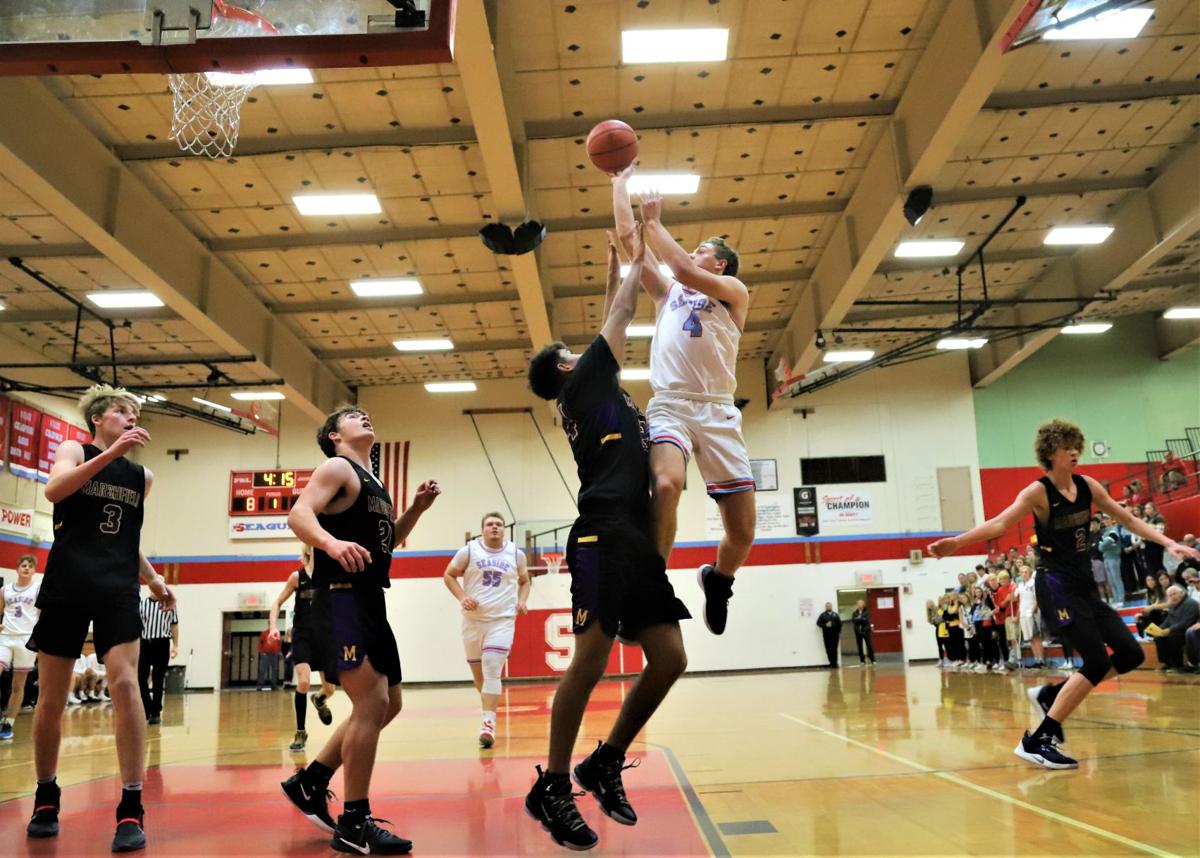 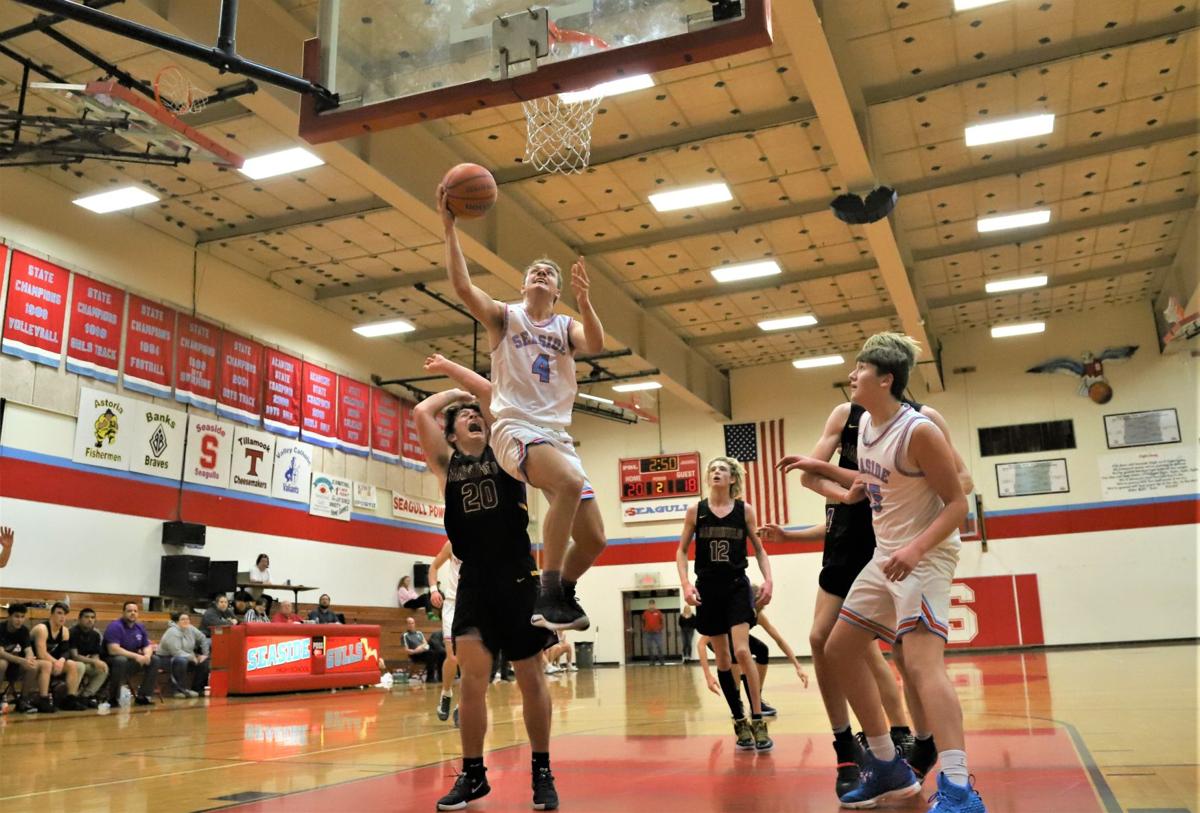 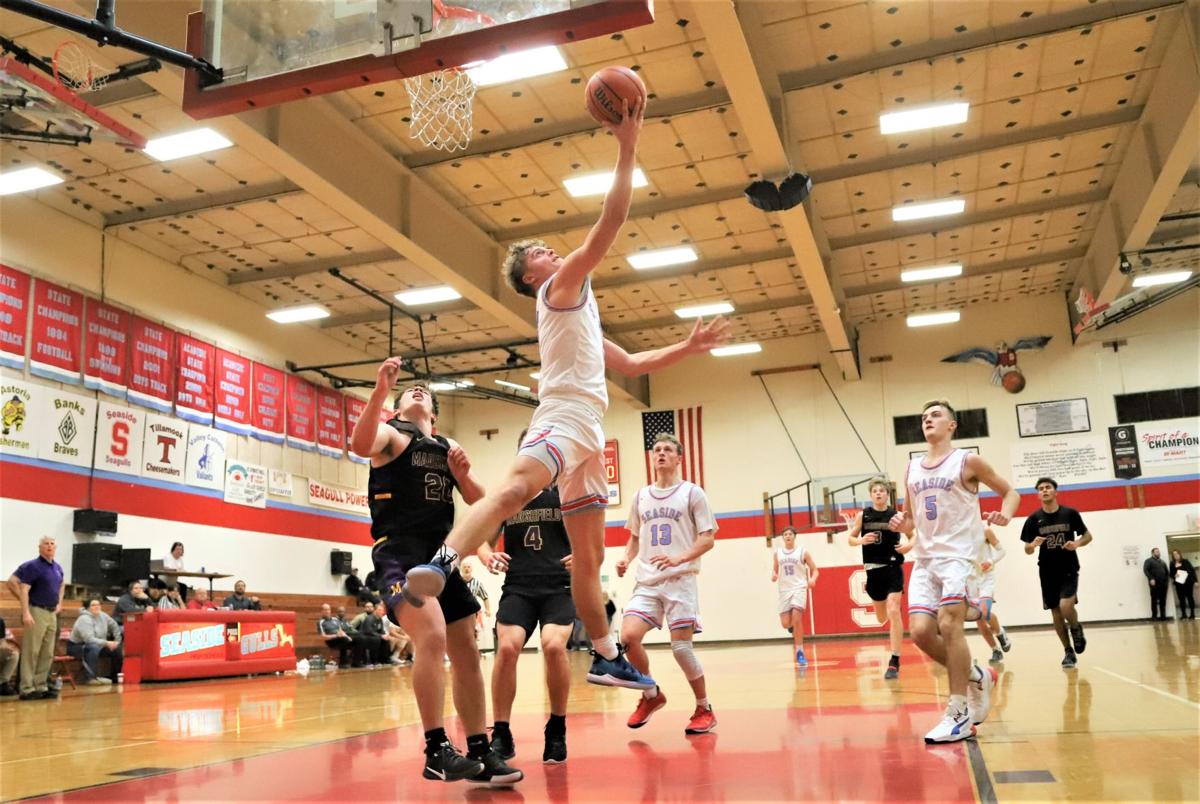 Stephen Snyder banks it in against Marshfield.

It was raining 3-pointers early on for Seaside, as four of the first five field goals for the Gulls came from outside the 3-point line for an early 14-6 lead.

Johnson had a pair of treys just seconds into the game, with Snyder and Gavin Rich adding additional 3-pointers.

The Pirates, however, somehow managed to keep it close.

A four-point play by Mason Ainsworth had Marshfield within 23-20 late in the first half.

But the young Pirate team, with eight sophomores on the roster, just couldn't stick with the Gulls in the second half.

Seaside outscored Marshfield 25-7 in a decisive third period, highlighted by 11 points from Snyder, who — along with Ledger Pugh and Beau Johnson — capped the quarter with three straight 3-pointers.