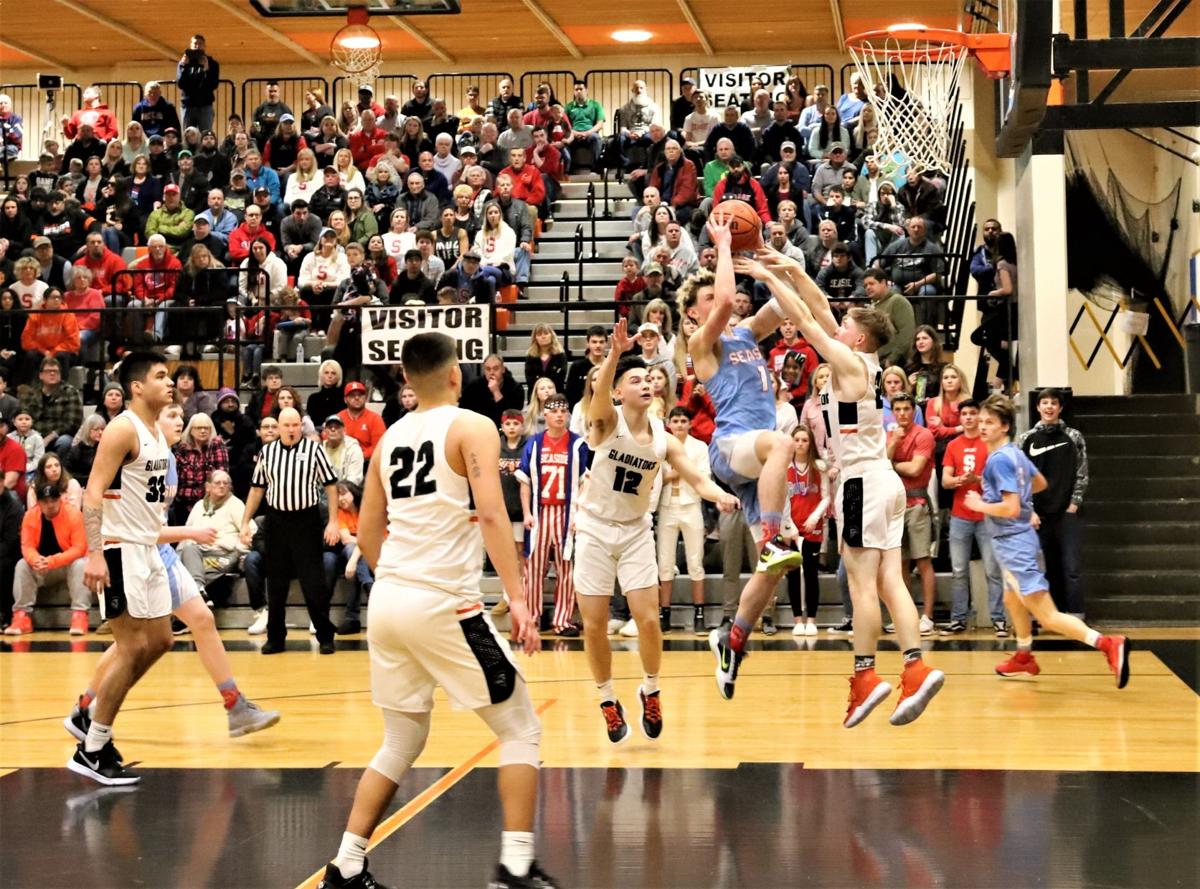 With a large contingent from Seaside watching, the Gulls’ Stephen Snyder goes up for a shot in the loss at Gladstone. 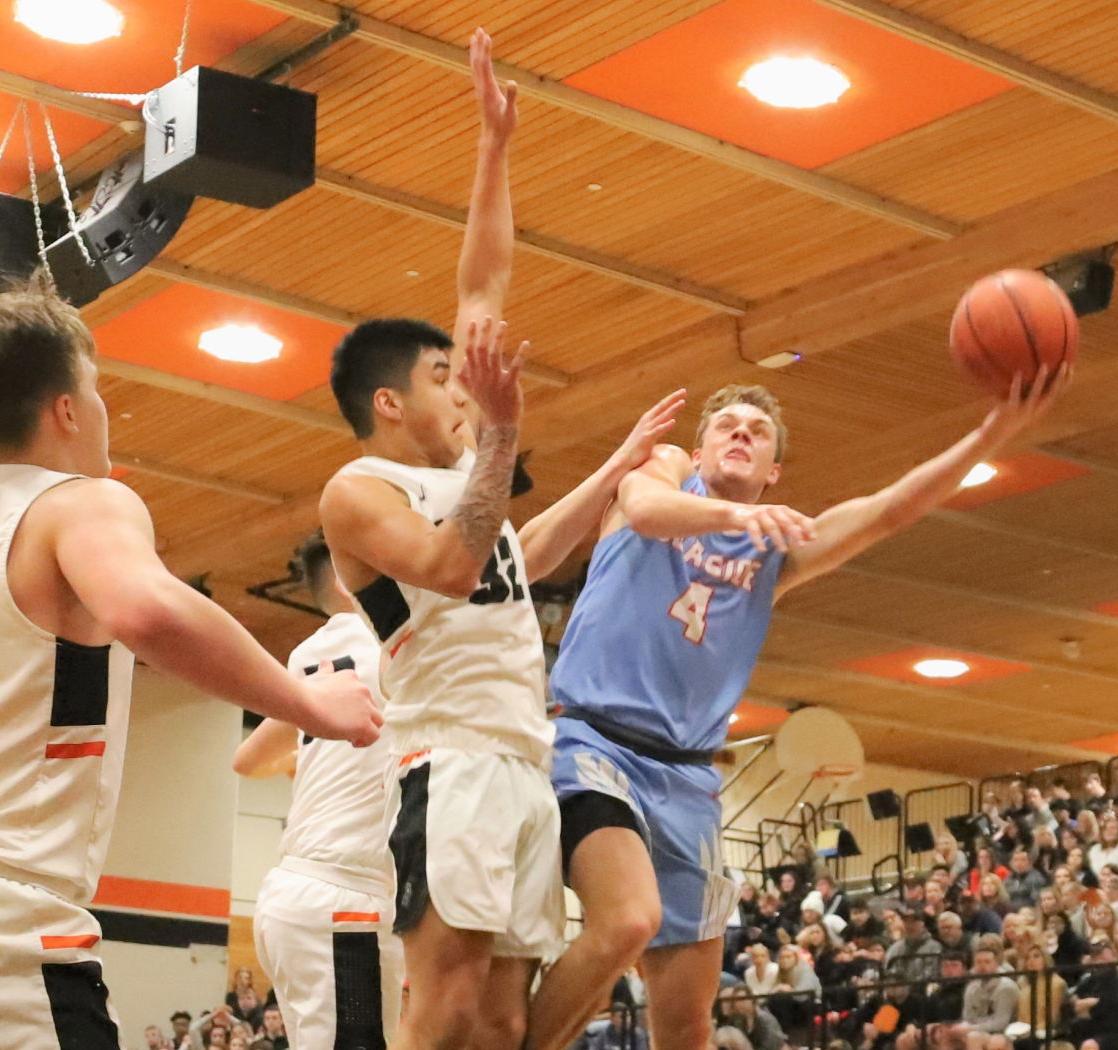 With a large contingent from Seaside watching, the Gulls’ Stephen Snyder goes up for a shot in the loss at Gladstone.

Gladstone took down a dynasty the night of March 7. Or the closest thing to a dynasty in 4A boys basketball.

The Gladiators built a big second half lead over Seaside, lost it, then got it back at the end to score a 71-67 win over the Gulls in a first round state playoff game at Gladstone.

It will be the first time in five years that the state championship game will not include Seaside, while Gladstone advances to the state tournament in Forest Grove, where the Gladiators will play a quarterfinal game against No. 1-ranked Marist Catholic.

And with first round losses to both Banks and Seaside, it will be the first time since 2014 that the state championship game will be without a team from the Cowapa League.

The Seaside-Gladstone matchup was a 3-point shooting contest that turned into a survival of the fittest contest, with key players fouling out for both teams down the stretch of the high-scoring affair.

With a combined six 3-pointers from Seaside’s Brayden Johnson, Ledger Pugh and Everest Sibony in the first half, the Gulls held an early 15-7 lead.

But the Gladiators showed that they also have some firepower, with five treys in the first half for an eventual 31-29 lead, the sixth lead change of the first half, and the last one until the final two minutes of the game.

Back-to-back 3-pointers by Brandon Wanlass and Ethan Bulisco had the Gladiators in front 47-36 early in the third quarter.

Seaside answered with back-to-back treys from Beau Johnson, while two long range bombs by Sibony and a jumper from Ryan Hague gave the Gulls a 64-63 lead with just under two minutes left.

Baskets from Jeremy De Voe and Sabastian Peiffer put Gladstone in front, 67-64, before Hague drilled a clutch 3-pointer to tie the game with just under a minute remaining.

A Seaside turnover forced the Gulls to foul, and the Gladiators showed their composure at the free throw line, as De Voe and Wanlass made four straight in the final 22 seconds to clinch the win and a trip to the state tournament.

Hague led the Gulls with 17 points, followed by Brayden Johnson with 14. De Voe had 21 points, Wanlass added 18 and Peiffer scored 14 for the Gladiators.

With the win, Gladstone snapped a six-game losing streak to the Gulls going back to 2014-15. Seaside’s six straight victories included playoff wins over Gladstone in 2017 and 2018.

Steven M. Sipple: Ex-Husker leaves us too soon; Adrian 'drafted'; and get this: a relaxed Bo