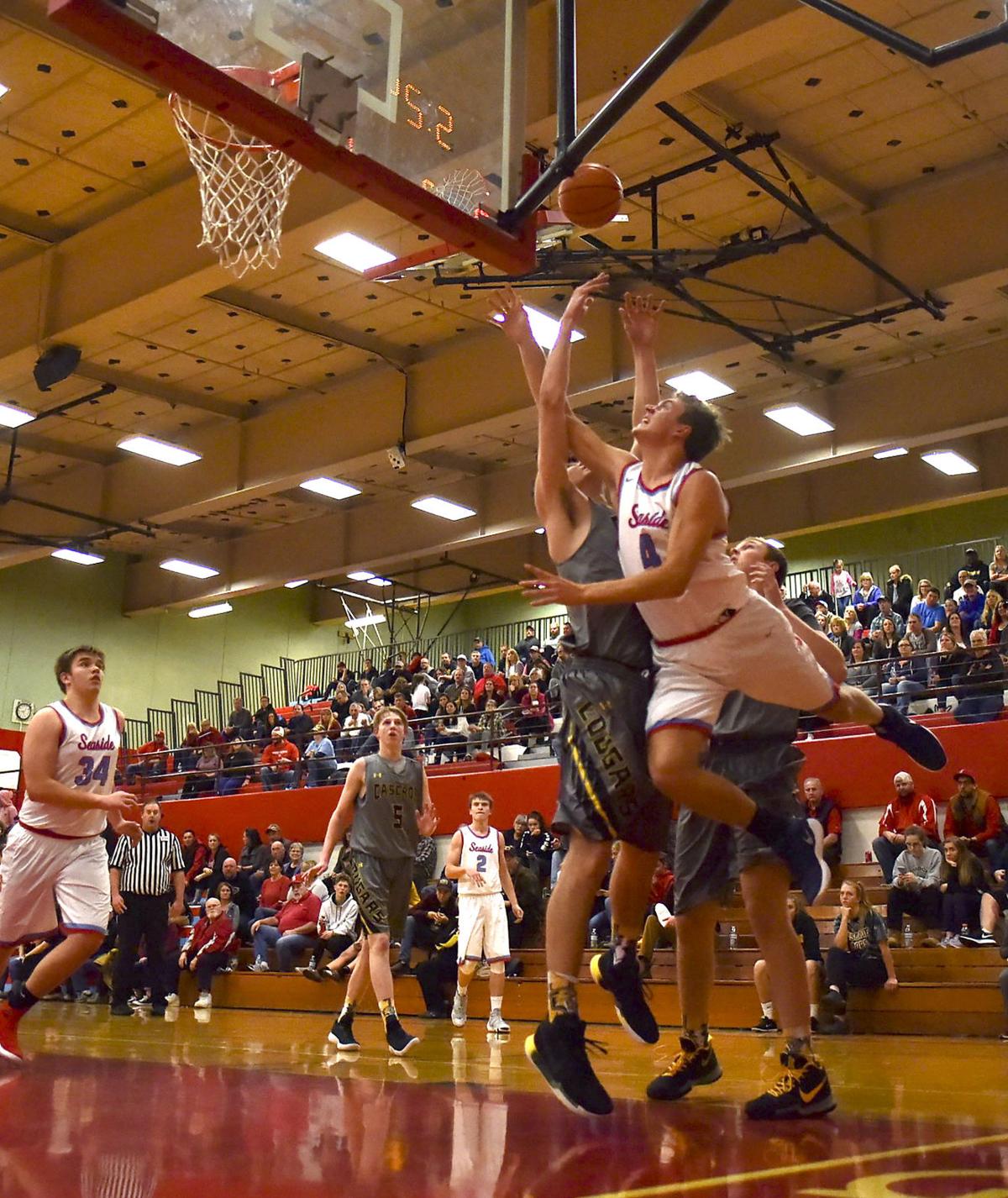 Colin Murphey/The Daily AstorianRyan Hague drives to the basket for Seaside against Cascade. 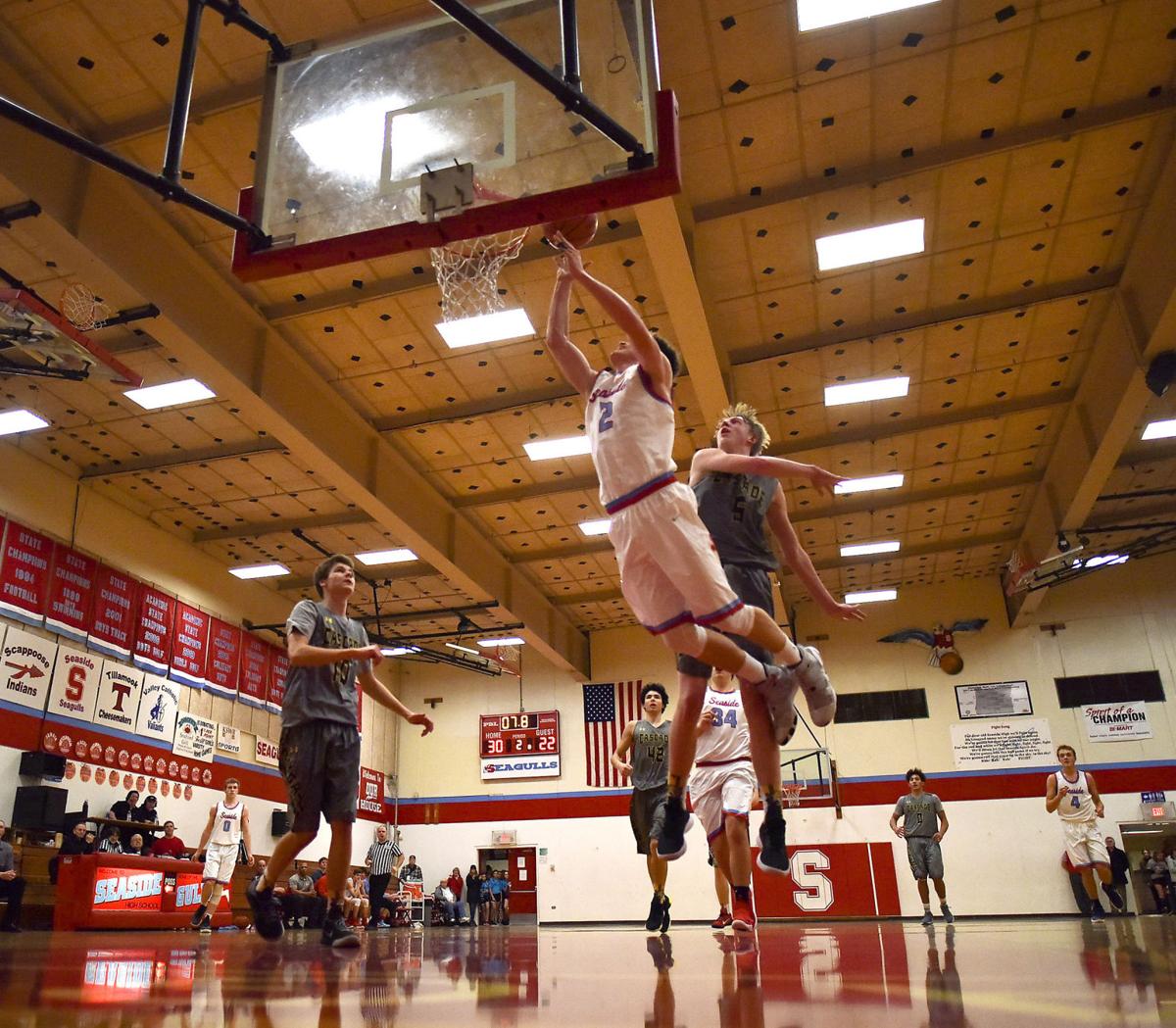 Colin Murphey/The Daily AstorianPayton Westerholm beats the Cascade defense to the basket for the Seaside Seagulls.

Colin Murphey/The Daily AstorianRyan Hague drives to the basket for Seaside against Cascade.

Colin Murphey/The Daily AstorianPayton Westerholm beats the Cascade defense to the basket for the Seaside Seagulls.

SEASIDE — The Cascade Cougars have seen enough of the Cowapa League, thank you very much.

Fortunately for the Cougs, Tuesday night’s 71-50 nonleague boys basketball loss to Seaside was the last Cascade will see of the Cowapa, barring a playoff meeting.

The Cougars are rated eighth in the latest OSAA Class 4A rankings — which would make them fourth in the six-team Cowapa.

And against the Cowapa’s top three teams, the Cougars haven’t had a chance.

(The Cougars did manage to beat Scappoose last week, the Cowapa team that will compete at the 5A level next season).

Seaside trailed 13-8 early in Tuesday’s game, but by late second quarter, the Gulls were running circles around the taller Cougars.

A 3-pointer by Chase Januik and a three-point play by Payton Westerholm gave Seaside a 33-22 lead at the break.

Januik and Ryan Hague both drained 3-pointers early in the second half for Seaside.

Duncan Thompson and Rafi Sibony added baskets, and the Gulls had secured another win by the middle of the third quarter.

Januik led all scorers with 20 points, followed by Hague with 14 and Westerholm with 13.

Notebook: Missouri down to 64 scholarship players, but not because of COVID