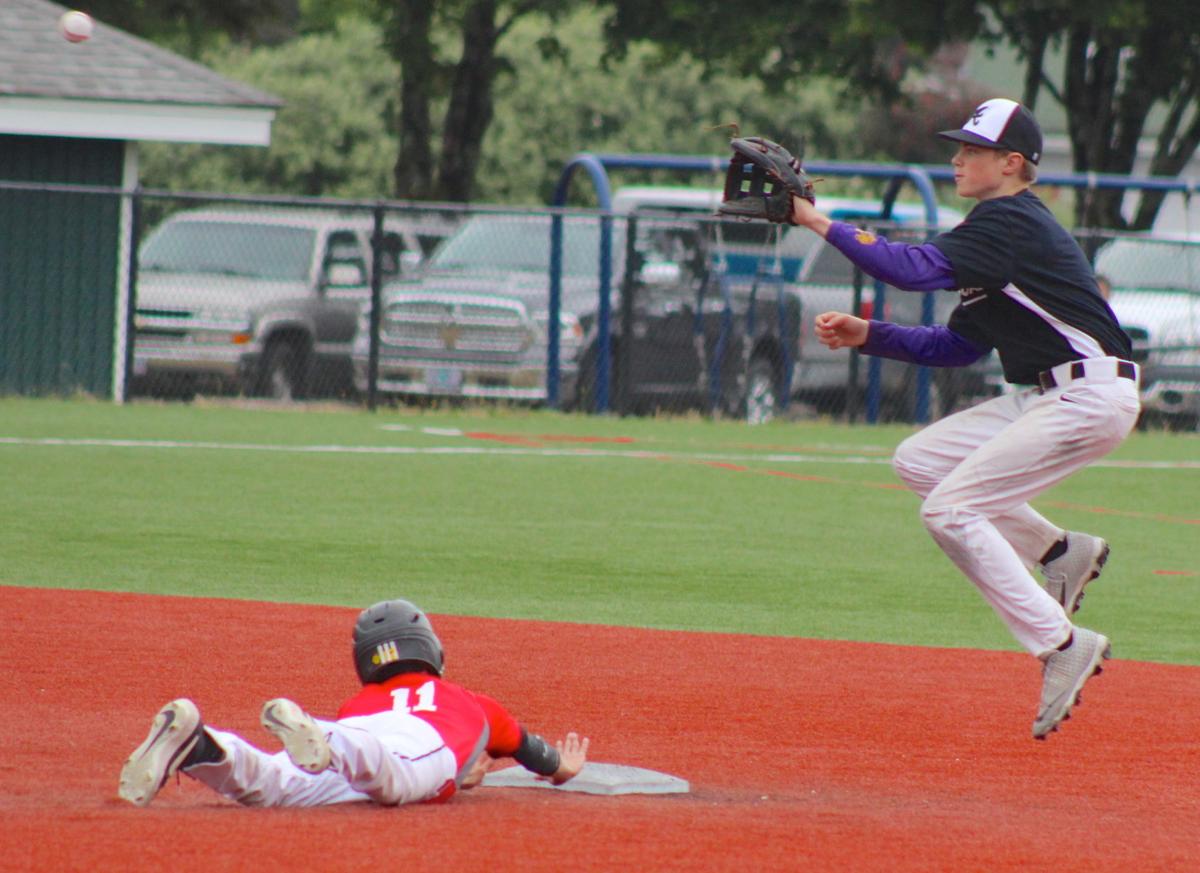 Stayton's David Kanoff slides into second base, as Leo Matthews takes the throw for Astoria Ford. 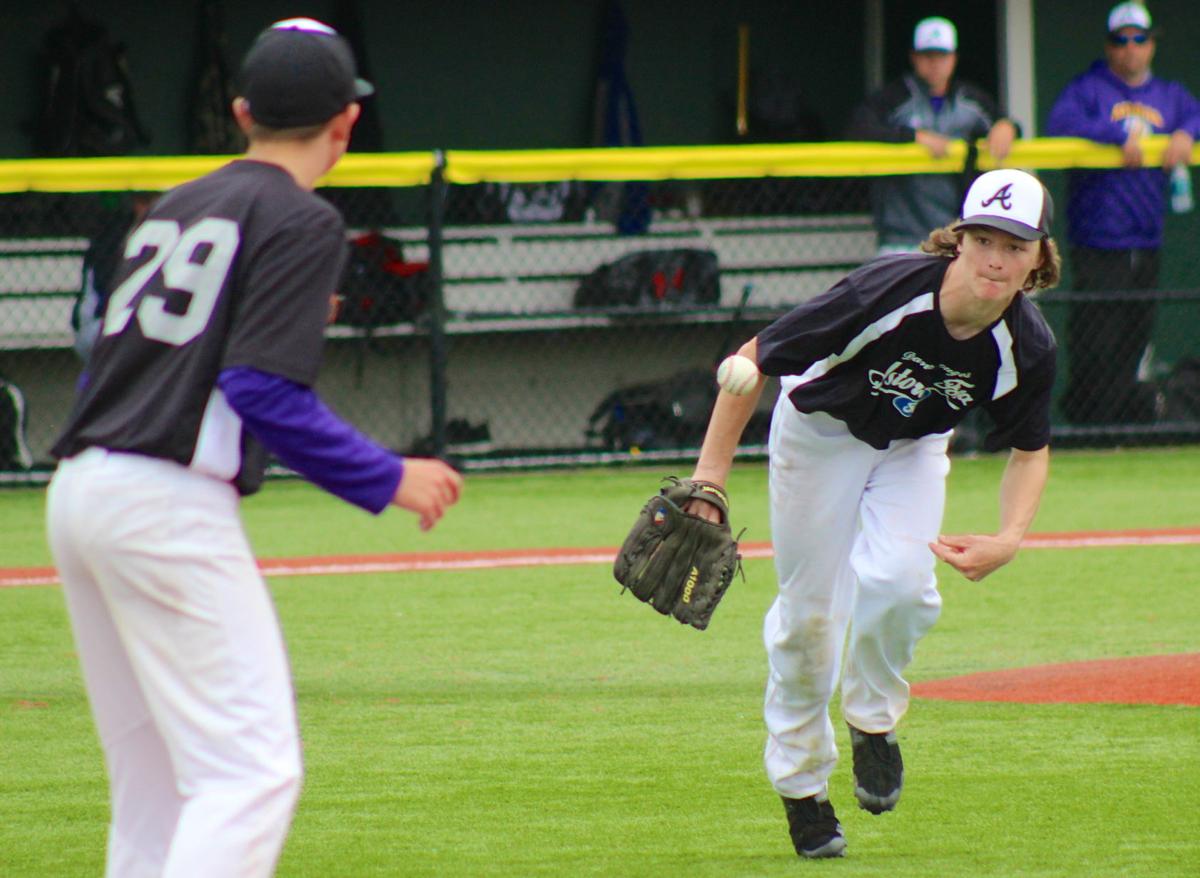 Astoria Ford pitcher Will Eddy flips the ball to first base for an out during Thursday's loss to Stayton. 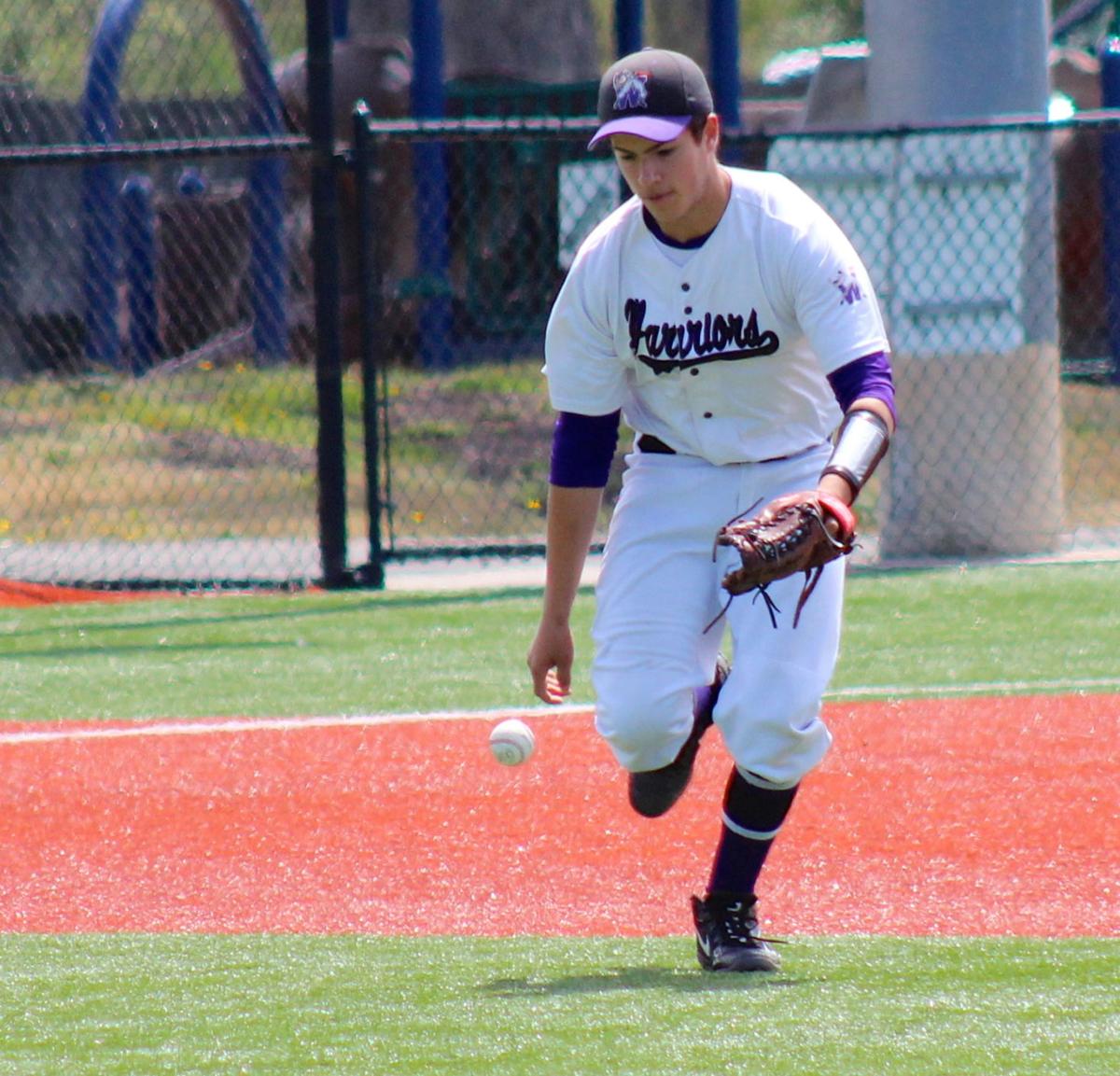 Stayton's David Kanoff slides into second base, as Leo Matthews takes the throw for Astoria Ford.

Astoria Ford pitcher Will Eddy flips the ball to first base for an out during Thursday's loss to Stayton.

Warrenton pitcher Austin Little needed just 86 pitches to finish off the Tillamook Cheesemakers, in a first round game of the Seaside wood bat tournament Thursday, July 11, at Broadway Field.

Little tossed a two-hitter in a 2-0 win for the Warriors, who had just three hits themselves.

“We didn't do a lot at the plate, which made me even more pleased with how our defense played,” said Warrenton coach Lennie Wolfe, whose team advanced to play the Stayton Bandits in a second round game Friday (12:30 p.m.).

Specifically, “Ethan Caldwell did a great job behind the plate,” said Wolfe, whose regular catcher — first team all-state selection Jake Morrow — was out of town taking part in a showcase game. “And Ethan did just what we ask Warrenton catchers to do: keep everything in front and get hit by pitches.”

Which Caldwell did, getting hit twice by pitches.

The Warriors scored the game's first run in the top of the second, when Ryan Hoagland had a leadoff single to center.

A sacrifice bunt from Devin Jackson put Hoagland at second. He stole third and eventually scored on a ground ball, coupled with an errant throw to the plate.

That was all Little needed, as the senior-to-be gave up a hit in the first inning, then did not allow a baserunner from the second to the fifth inning.

In the sixth inning, Warrenton's Gabe Breitmeyer drove a double down the right field line, scoring Little with the second run.

Tillamook loaded the bases on two walks and an error with two outs in the bottom of the sixth, but Little struck out the next batter to end the threat. He gave up a lead-off single in the seventh, but Warrenton turned a double play to help secure the win.

Little struck out nine batters in the victory.

Astoria's young lineup was no match Thursday for the American Legion Post 58 Stayton Bandits, who scored an 11-2 win over Dane Gouge's Astoria Ford in a first round game of the Seaside wood bat tournament at Broadway Field.

Stayton pitchers Aaron Nease and David Kanoff allowed just three hits (by Hunter Ficken, Tony Tumbarello and Leo Matthews) with five strikeouts and no walks, while the Bandits broke open a close game with four runs in the fifth inning.

A triple by Colton Gumc highlighted Stayton's second inning, in which the Bandits took a 2-0 lead.

Ficken had a leadoff single for Astoria in the third and later scored on an error.

After a scoreless fourth, the Bandits had back-to-back singles, followed by back-to-back doubles, in the top of the fifth.

Kanoff had a two-run, inside-the-park homer in the seventh to cap Stayton's win.

Stayton had 13 hits off Astoria Ford pitchers Will Eddy and Tumbarello.

The Fishermen dropped into the consolation side of the bracket, where they will play Tillamook (Friday, 10 a.m.).

Madison capped the first day of the Seaside wood bat tournament with a 7-5 win over the Gulls at Broadway Field.

The game was tied 5-5 in the fifth, before Madison took the lead for good.

Seaside's day was highlighted by a fourth inning, two-run homer run for Riley Kuhl, deep over the left field fence at the spacious Broadway Field.

“It was a shot,” said Seaside coach Dan McFadden. “I've only seen three home runs over the fence here. And even with a wood bat — that was amazing. I'd like to know what he ate for breakfast this morning.”