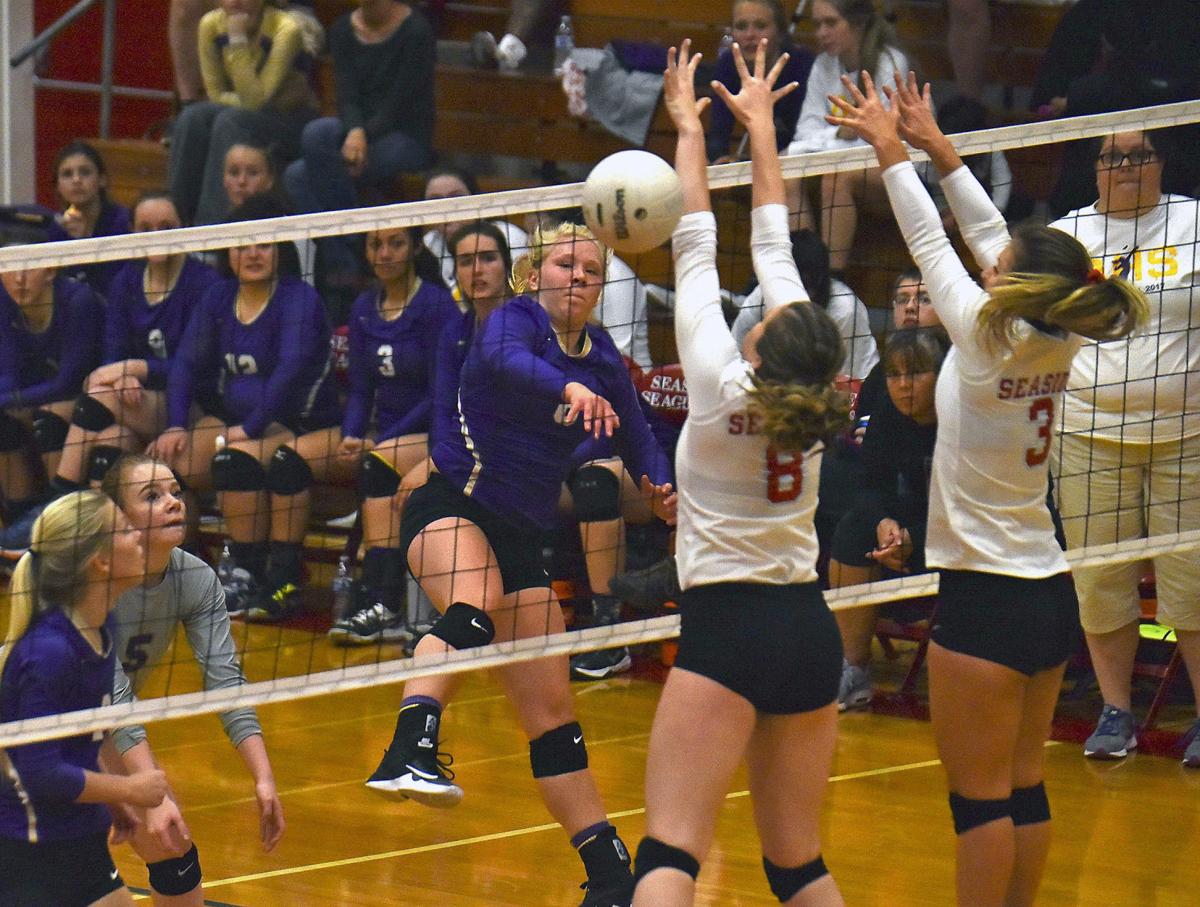 Colin Murphey/The Daily AstorianChelsea Christensen, left, spikes the ball on the Seaside defense for the Astoria Fishermen during Tuesday's match. 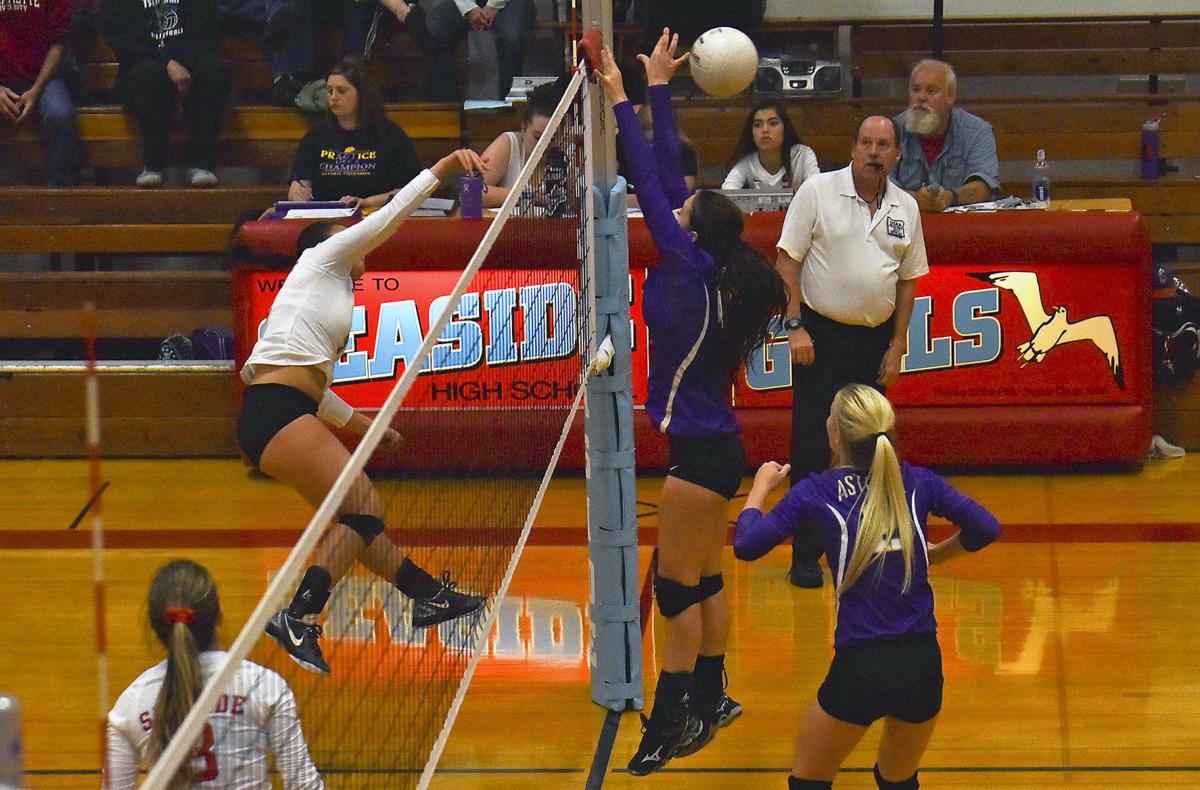 Colin Murphey/The Daily AstorianJetta Ideue, left, spikes the ball over the net for Seaside on Tuesday during a match against Astoria. Astoria would go on to win 3-1.

Colin Murphey/The Daily AstorianChelsea Christensen, left, spikes the ball on the Seaside defense for the Astoria Fishermen during Tuesday's match.

Colin Murphey/The Daily AstorianJetta Ideue, left, spikes the ball over the net for Seaside on Tuesday during a match against Astoria. Astoria would go on to win 3-1.

“It was definitely a tough game,” said Astoria coach Jessie Todd, whose team came in rated No. 10 in the latest OSAA rankings. “We knew it was going to be a battle. It’s at Seaside and it’s a rivalry match, with the emotions running high.

“But we did a good job of being in control and harnessing our emotions,” she said. “We played well defensively, my setters did a good job of moving the blockers around, and made great choices for the hitters.”

Still looking for their first league victory, the Gulls still played well and kept it close.

Seaside rallied from a deficit before falling in Game 1, then bounced back with a win in Game 2.

Astoria spread out its offensive attack, as Chelsea Christensen led the way with 10 kills, followed by Madi Landwehr with nine, while Kes Sandstrom and Julia Norris added eight apiece.

“We had a pretty good block game tonight,” Todd said. “I was real happy with the net play, and our blockers are improving.”

Astoria is now alone in the third place in the league standings at 4-3, one game ahead of Scappoose, and two games behind Tillamook, which plays at Astoria Thursday.

“That’s the league,” Todd said. “Any team can beat any other team on any given night, so you have to be ready, mentally prepared and focused every night.

“We only lost two seniors last year, and to see them bounce back after the 0-10 year last year is really nice,” she added of her team, which improves to 9-6 overall, the most wins for Lady Fishermen volleyball since posting 10 wins in 2014.

“I’m proud of them,” Todd said. “A big reason is the leadership and maturity that we have. I’m excited and overjoyed for them, the community’s coming out and we’re getting a lot of support.”