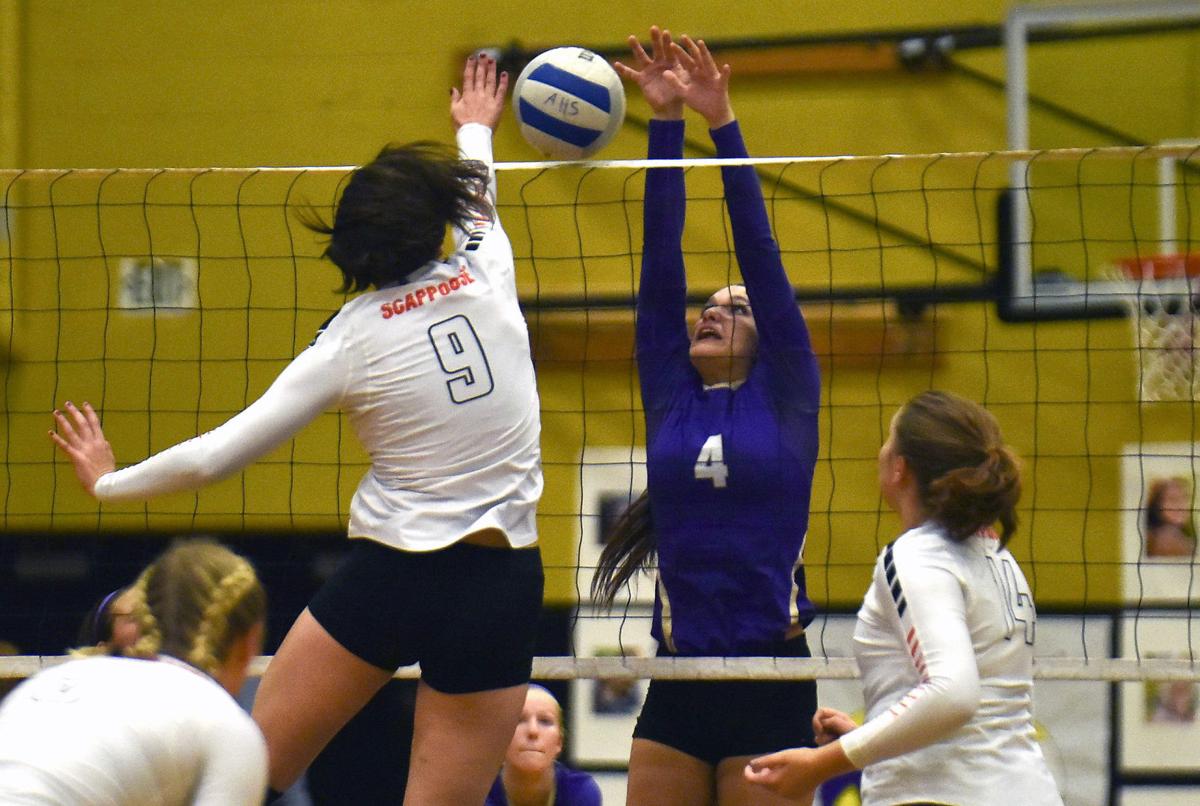 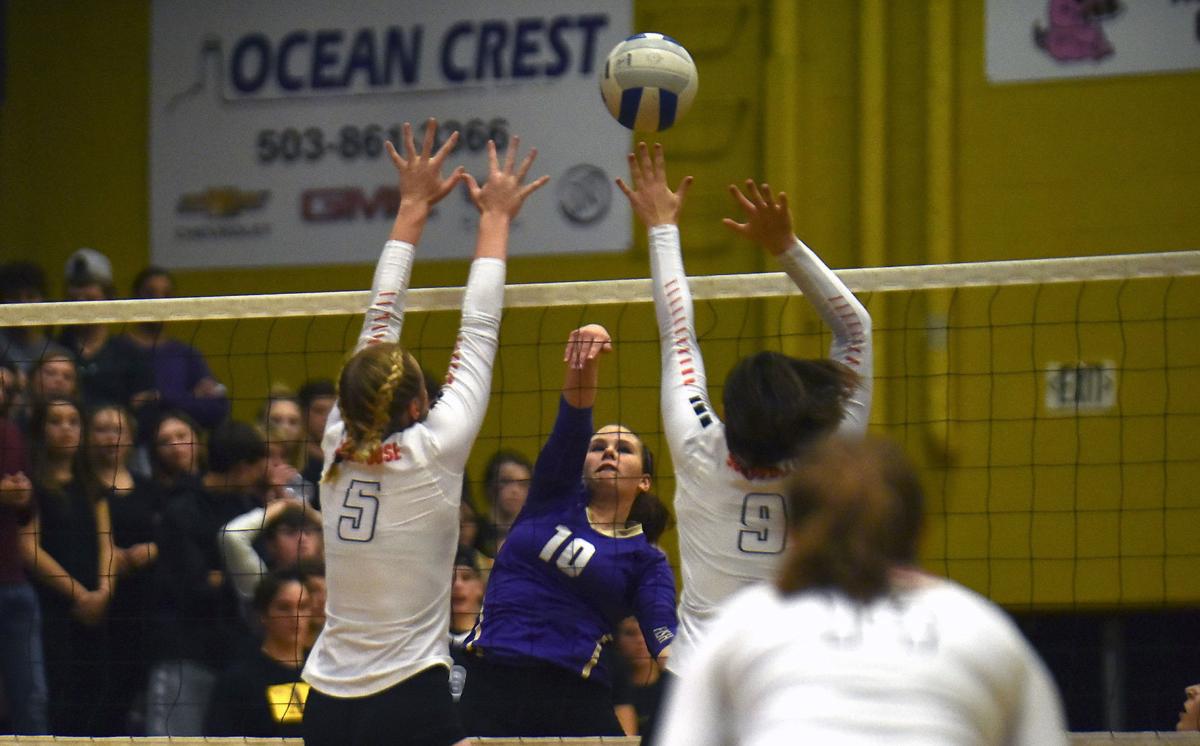 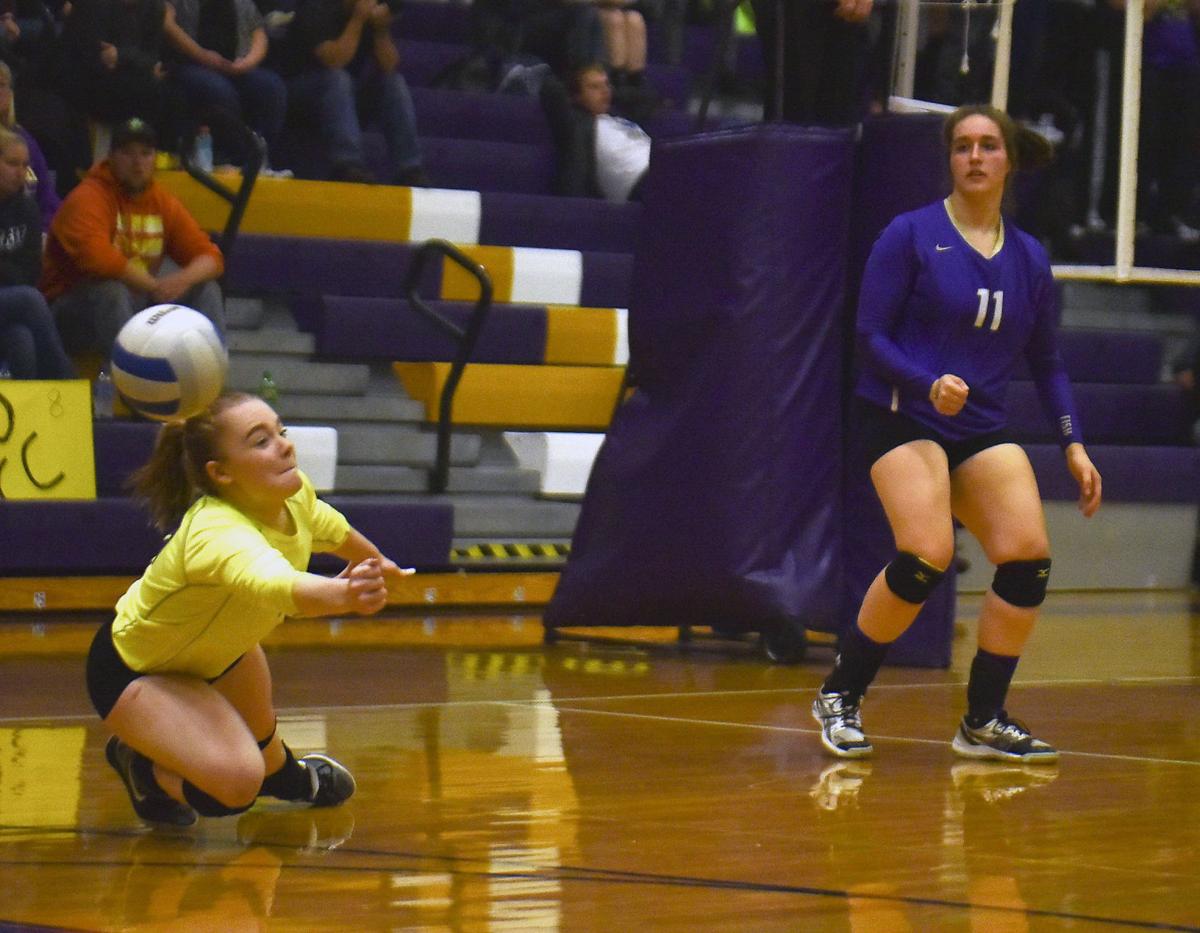 The ball gets past the Astoria Fishermen defense.

The ball gets past the Astoria Fishermen defense.

From no league victories last year, to a possible spot in the state tournament in 2017.

Now ranked seventh in the state, the Astoria Lady Fishermen no longer have just a chance get to the eight-team state tournament — they’re currently one of the favorites to get there.

Astoria clinched third place in the Cowapa League standings Tuesday night at the Brick House, with an impressive three-game sweep over Scappoose, 25-13, 25-10, 25-22.

Both teams will play in the regional play-in round. Astoria (6-4 in league) will host North Valley (ranked 29th, 6-12 overall), date and time to be announced. Scappoose will travel to La Grande.

“We’re just glad to close out the ‘first season’ with a win,” said Astoria coach Jessie Todd. “And now it’s time to focus on the second season. The play-in is our first focus, then hopefully the first round of the state playoffs.”

It was Senior Night for the Lady Fishermen, who came out energized and led 11-3 in Game 1, and 13-6 in the second game.

“My seniors had a great night — they really played well,” Todd said. “Sometimes it’s a distraction, but they were able to harness that emotion, those butterflies and the nervousness that come with (Senior Night). I know they wanted it bad.”

And even Chloe Magranahan had a memorable moment, when one of her digs in Game 2 went up into the rafters of the Brick House, and didn’t come down, landing perfectly on a wooden beam (unofficially the first time in the history of Brick House).

The future of Astoria volleyball — sophomore Julia Norris — also had five kills, and saved her best setting for last, dishing up two sets to Landwehr for kills late in Game 3, when Astoria needed it.

Astoria’s biggest deficit over the first two games was 2-0 in Game 2; Astoria trailed 17-15 in the third game.

“I’m really proud of this team, and what they’ve accomplished,” Todd said.

The Gulls finish 1-9 in the league standings, and will travel to Sweet Home Oct. 21 for a regional play-in match, as Seaside looks for a return to the Sweet 16.