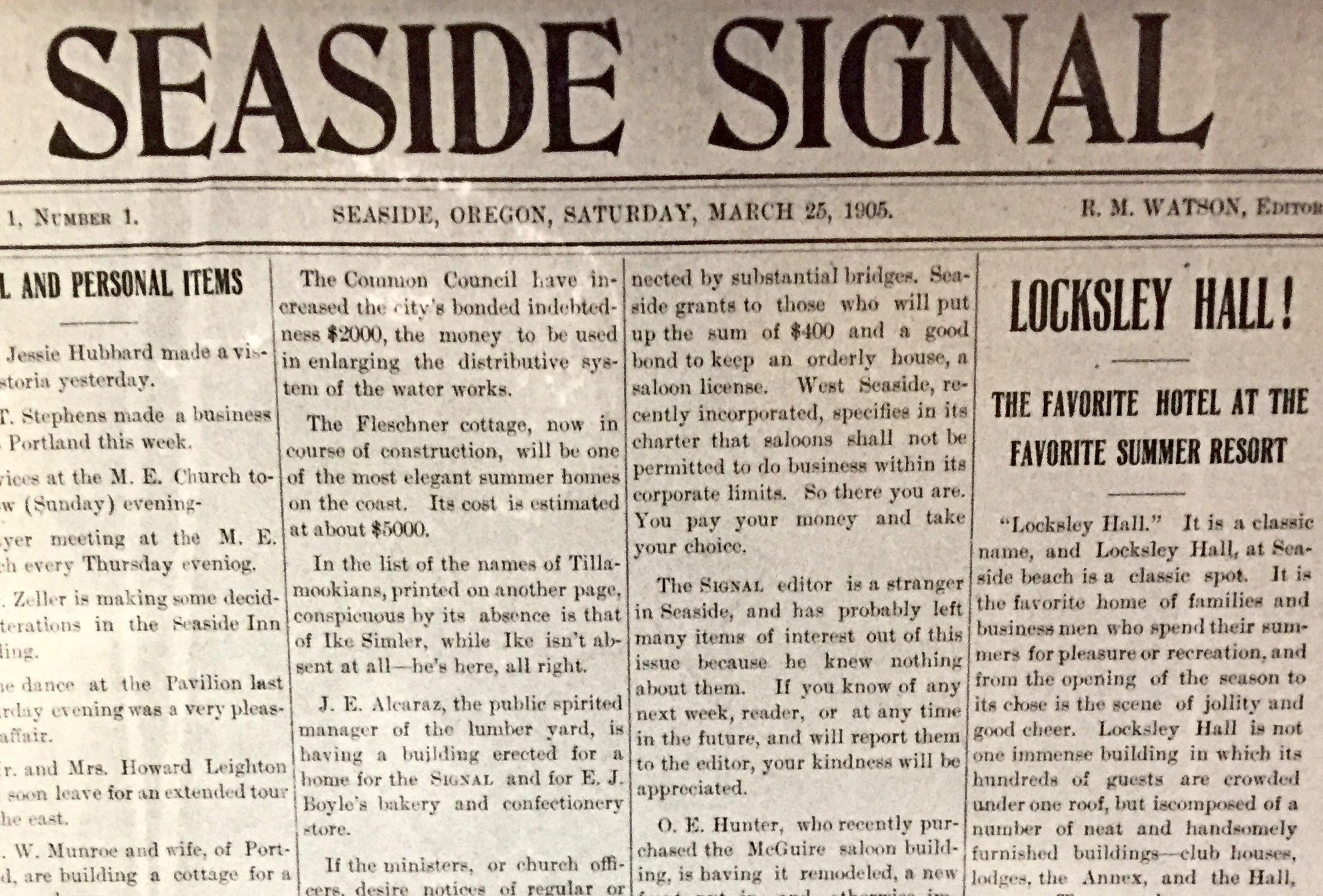 The Seaside Signal has provided continuity of coverage for Seaside and Gearhart since 1905.

On Saturday, March 25, 1905, the Signal debuted with news of the local fire department, big rains and the comings and goings of vacationers.

Founding publisher Robert M. Watson came to Seaside from Tillamook, where he had operated the Tillamook Herald, and opened the Signal in a “cottage” at 762 Broadway.

The biggest story of the time was a May 13, 1912 fire that swept through Seaside, destroying most of its downtown core. The Signal office was one of only four commercial buildings to survive.

Population at the time was listed as 800 people.

As the city rebuilt, a new railroad and highway aided tourism efforts. During and after World War I, Seaside and the Signal grew and prospered. The Prom and the Broadway Bridge were built, many of the town’s streets paved and sewer and water mains installed.

Hurd operated the Signal until Jan. 1. 1928, when he sold it to Max Schafer, C.S. Beall (pronounced “bell”) and Harry N. Beall. C.S. Beall was publisher of the Raymond (Washington) Herald and Harry, a contemporary of Schafer, was his son. Over the years, Schafer gradually took over the Bealls’ interest in the paper. In 1952, after serving in the military, Joe Schafer purchased the remaining interst of Harry Beall and became his father’s partner in the Signal.

After World War II, Seaside’s and the Signal’s economy was on the rise. In 1955, coinciding with the newspaper’s 50th anniversaary, the Signal moved to 852 Broadway, where it was to stay for 50 years.

In July 1974, the Schafers sold the Signal to David B. Juenke, publisher of the Lincoln City Newsguard and other newspapers, part of the group H.H. Publishing, before selling in 1980 to Scripps-Ifft Publishing. Scripps-Ifft sold the operation in 1983 to Swift Pioneer Newspaper group, with Mark H. Dickson named publisher. The Signal moved to its located at 1555 North Roosevelt in the summer of 2004.

A series of ownership changes followed in the 1990s and early 2000s before the Signal joined EO Media group in 2013, the group owning The Daily Astorian, Cannon Beach Gazette and Coast River Business Journal. among other statewide publications.

For nine decades, The Daily Astorian has been under the leadership of the Aldrich-Forrester family. In 1988, J.W. Forrester retired and his son, Steve Forrester, assumed the post.

In July 2016, after 28 years at The Daily Astorian’s helm, Steve Forrester retired.

The Signal publishes weekly from offices on North Roosevelt Drive in Seaside; it can be found on the web at seasidesignal.com. 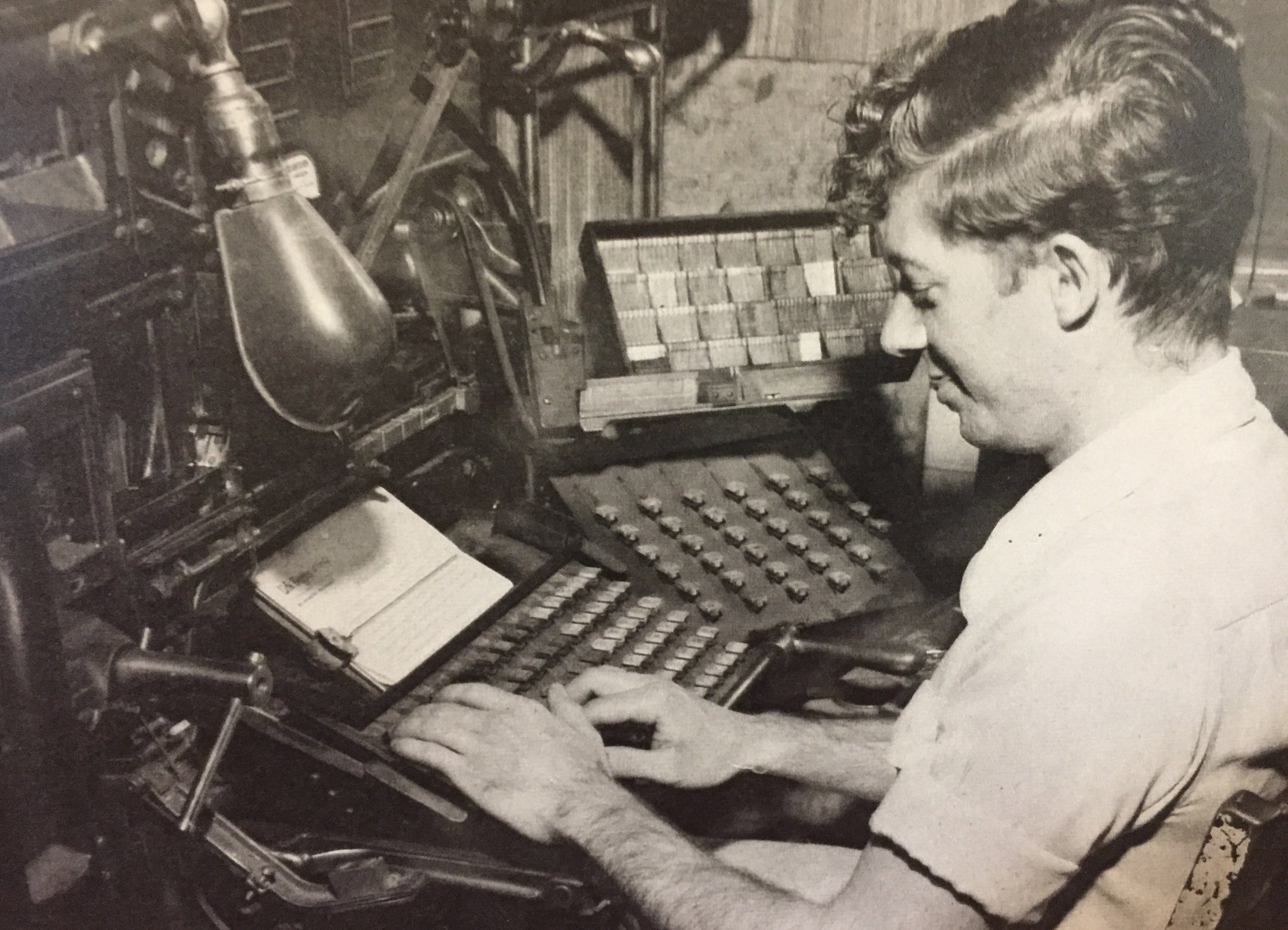