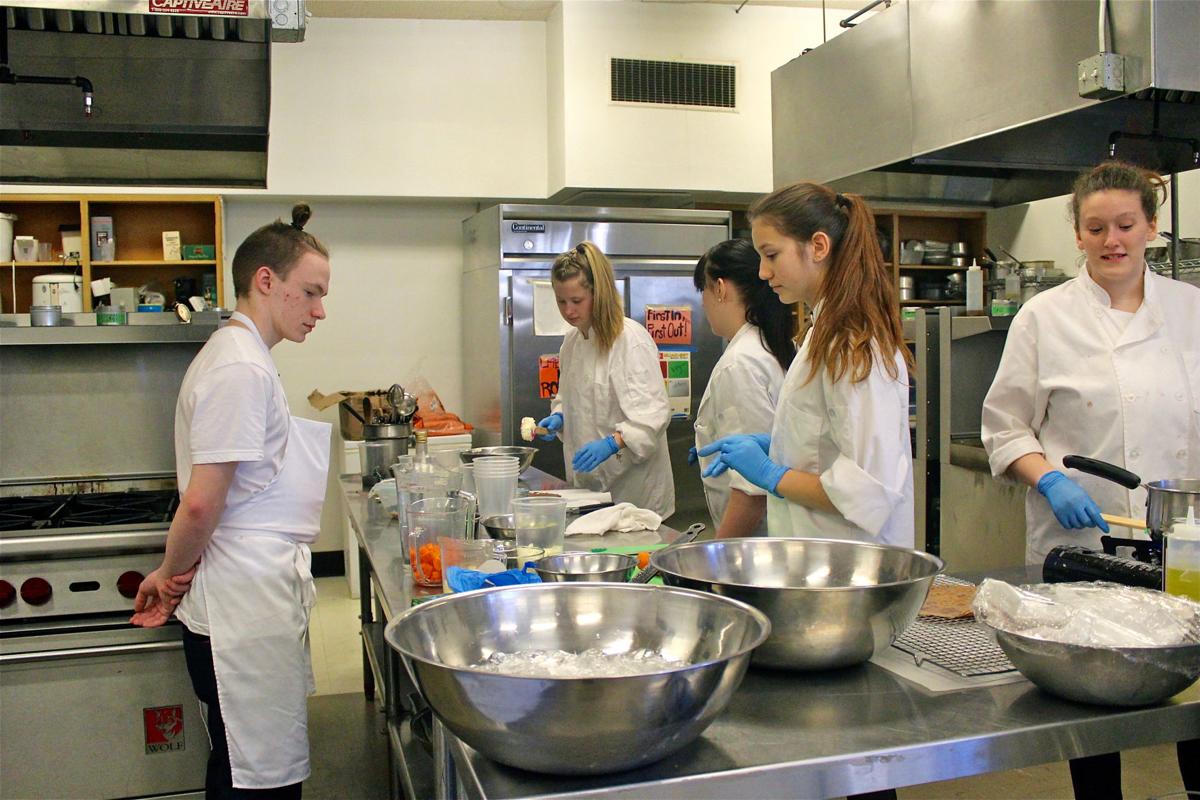 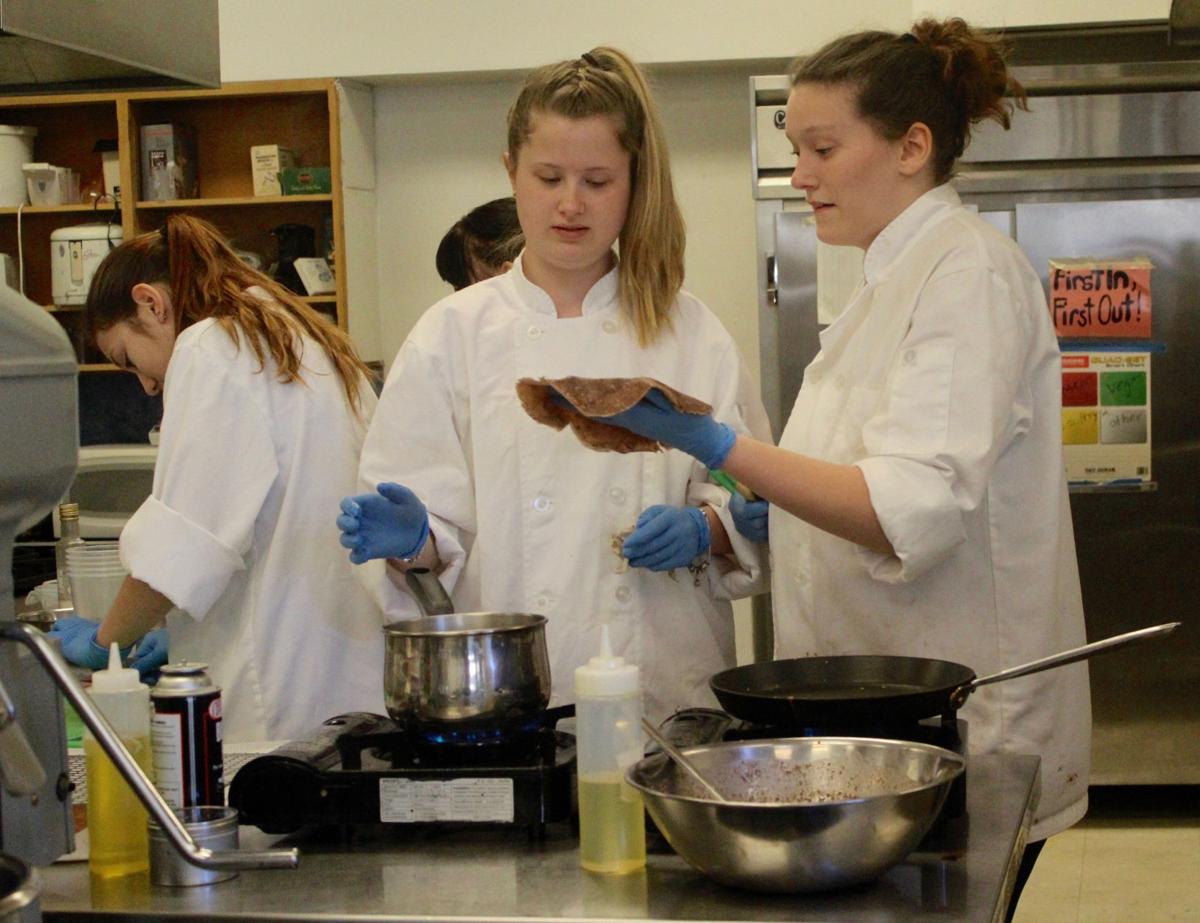 It’s that time of year again when a handpicked lineup of Pacific Northwest craft brews intertwines with the culinary offerings of local high schoolers during the Oregon Coast Brewer’s Dinner, the kick-off event for the seventh annual Pouring At the Coast event, presented by the Seaside Chamber of Commerce and the Seaside Brewing Company.

Reservations, which are required, are $65 per person and tables of 10 for $800. Half the net proceeds from the dinner will go to benefit the Seaside High School Culinary Program.

Pouring At the Coast continues March 19, from 3 to 8 p.m. with a craft beer festival featuring about 40 craft breweries, primarily from Oregon, Washington and California. Jimmy Griffin, owner of Seaside Brewing Company, makes the annual selection of featured craft beers for the festival.

Over the years, the event has featured more than 60 types of craft beers, representing nearly 30 breweries in the region.

This is the second year Seaside High School’s culinary arts students will participate in Pouring At the Coast. The students work with Holen and his staff to create a five-course menu. The day of the event, the group will head to the convention center to prepare the food in the facility’s kitchen. While Holen is working with eight instead of 19 students this year, he doesn’t foresee that affecting the group’s productivity or ability to serve the food in an efficient manner.

“They’ll just be busier all day than they were last year, he said. “It’s totally attainable,”

He plans to divide the students into teams to oversee various courses and then they will work together on plating, “so we can put out plates twice as fast,” Holen said. After all, the students have to serve about 135 people at the dinner.

Along with preparing dinner during the Seaside Three Course Challenge meet in September, the Brewer’s Dinner is the program’s largest fundraising activity. The program also benefits from donations from community members and businesses.

Additionally, the dinner serves as the final exam for second-semester students. As the second semester ends March 11, Holen has “to bring them back for a couple of days and take them out of their other classes” to pull off the dinner.

“I give them an incomplete until after the beer dinner,” he said. “That’s their final exam. And it’s about executing it and following through and showing up on time and showing up, period. That’s what the lesson is about.”

In general, he believes in giving the students practical assignments to improve their work ethic and give them marketable skills in the local hospitality market.

During the festival, tasters can vote on their favorite beer. At the end of the festival, the brewery with the most votes will win the People’s Choice Award and a trophy — or rather, a surfboard the brewery can display and bring back the following year. The reigning champion is Wild Ride Brewing of Redmond.

The Oregon Coast Homebrewer’s Competition also is a highlight of the festival. The competition is open to all home brewers, at least 21 years old, from across the country. They can submit — either through drop-off or mail-in — one exhibit in each category. The entries are judged March 18 and the morning of March 19 according to the 2015 edition of the Beer Judge Certification Program style guidelines. Winners are announced at the end of the festival.

The festival has evolved since its early days, when it featured only about 10 breweries from the local area. However, while the venue has changed and the number of participants grown, the culture surrounding the festival has remained, Griffin said. In general, people at the event want to collectively celebrate and appreciate an array of fine craft brews in a single location, rather than party and get wild.

“Culturally, it has remained a tasting festival. People are going because they are fascinated with and have a love for craft beer,” Griffin said. “It provides a really unique opportunity for people who wouldn’t otherwise be exposed to these beers to have access to them.”

Besides, he added, who doesn’t want to attend a beerfest at the beach? And because the event takes place indoors, weather is not an issue.

“Whether it’s pouring at the coast or not, Pouring At the Coast still goes on,” Griffin said.

The festival is sponsored by Fred Meyer, Ohana Media Group and Seaside Brewery. The Brewer’s Dinner is sponsored by Teevin & Fisched Quarry and Sysco donates food for the dinner.

Tickets are available through the chamber of commerce by calling 503-738-6391 or by visiting www.pouringatthecoast.com.