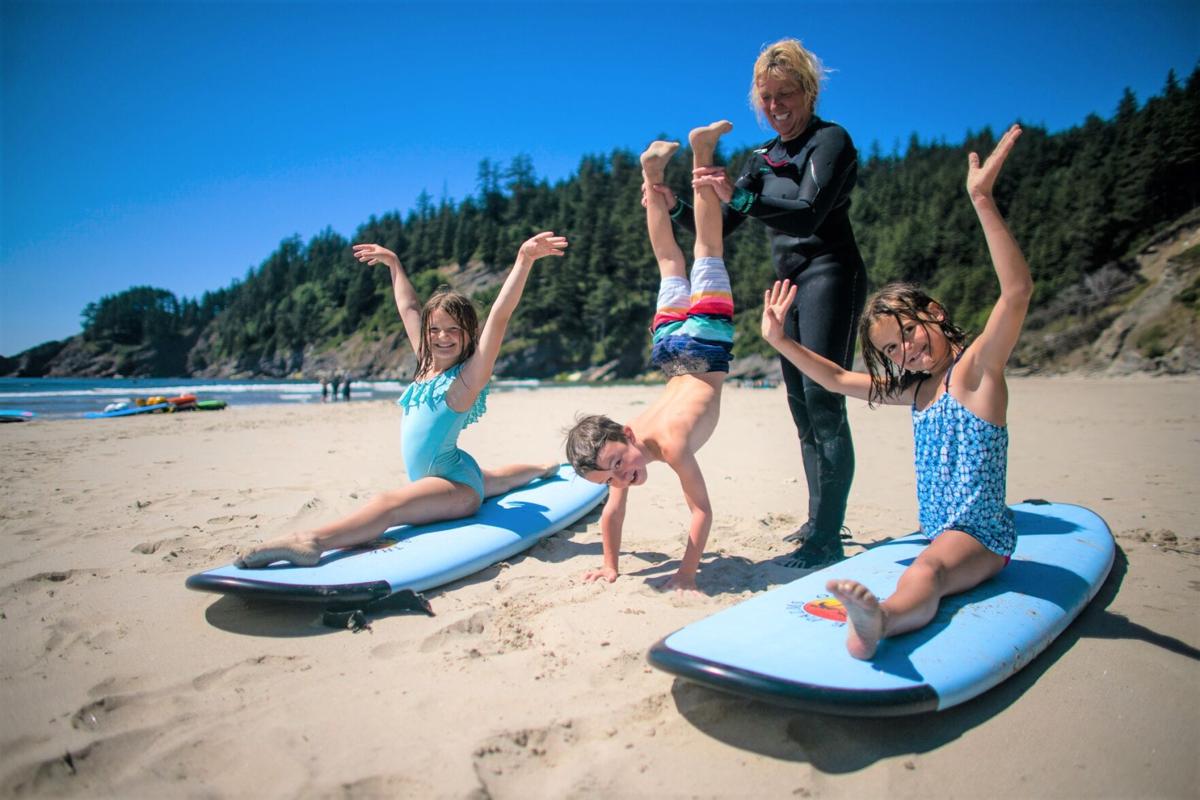 Lexie Hallahan, director of Northwest Women’s Surf Camps, offers a variety of surfing experiences for children 6 and older, in addition to adults of all ages. 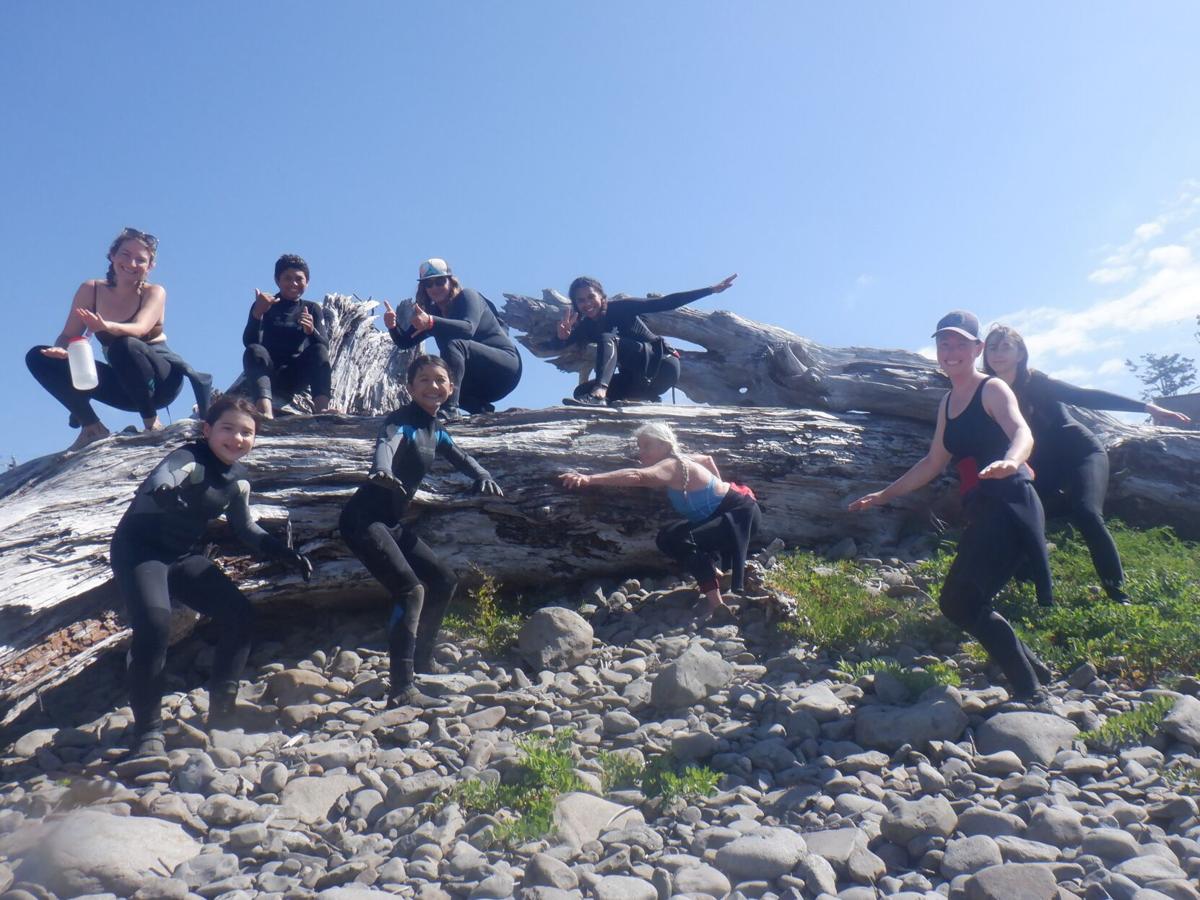 Northwest Women’s Surf Camps is heading into its 17th season of offering a variety of surfing camps and programs on the North Coast. 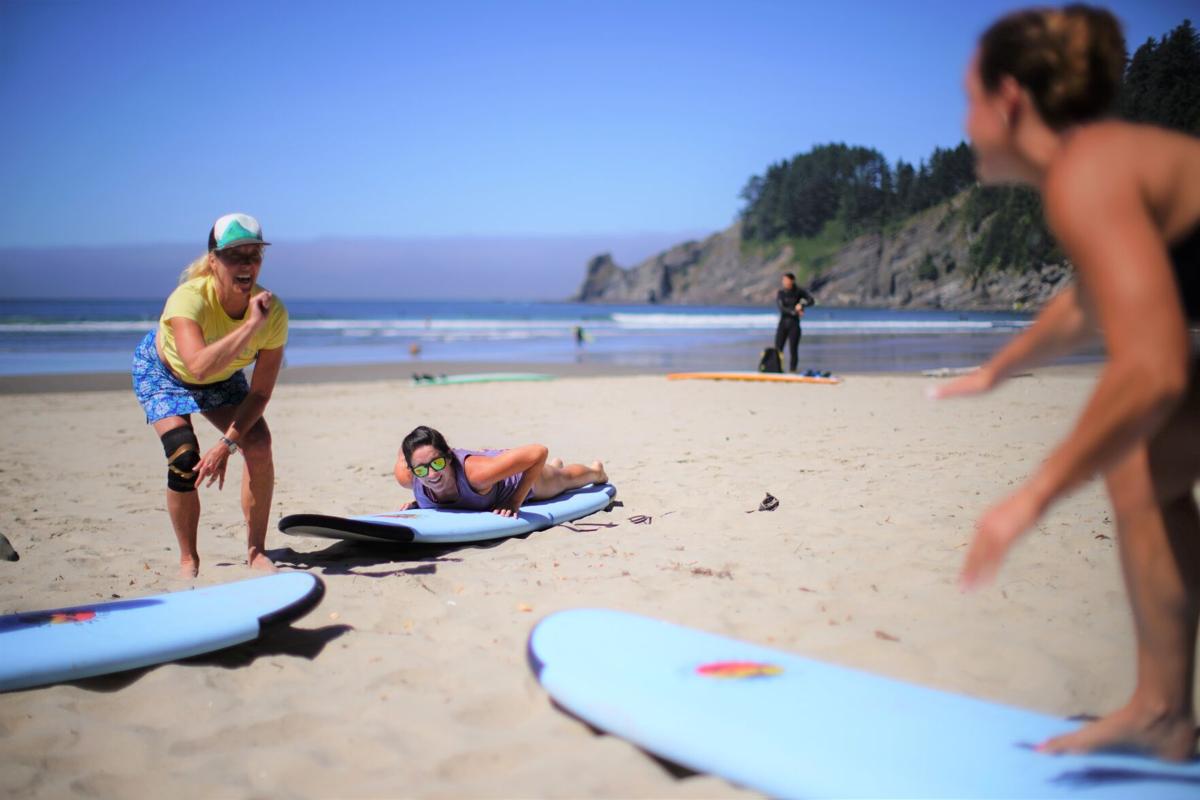 Lexie Hallahan, director of Northwest Women’s Surf Camps, offers a variety of surfing experiences for children 6 and older, in addition to adults of all ages.

Northwest Women’s Surf Camps is heading into its 17th season of offering a variety of surfing camps and programs on the North Coast.

After making adjustments last year to accommodate COVID-19 guidelines, surf instructor Lexie Hallahan feels all the more prepared to give kids and adults a plethora of opportunities to ride the waves this summer.

“The whole program has done a retrofit to adapt to the COVID period we are in,” said Hallahan, director of Northwest Women’s Surf Camps in Seaside.

Registration opened in mid-January for her upcoming programs, which start in May. Although her company is called Northwest Women’s Surf Camps — and Hallahan does have unique women-centric programs — she also offers a variety of experiences for new and experienced surfers, including children, teens and adults of all genders.

Last summer, Hallahan started offering midweek surf camps for families that will be available again this year. Parents can sign up with their children, ages 6 to 12, to learn essential surfing skills and get out on the water at Short Sand Beach in Oswald West State Park. They have an option between one-day, two-day and three-day camps.

According to Hallahan, the camps were a huge success last year, as people were looking for activities they could do as a family.

This year, she is also offering four co-ed bodyboarding clinics; nine co-ed group surf lessons; four “Girlfriend Getaway Surf Weekenders”; and day camps for both surfing and bodyboarding. Families, groups of friends or companies can also request a private surfing immersion experience that is customized to the needs of their participants.

“We’ve got that flexibility that we can take different age ranges,” Hallahan said.

Early last spring, Hallahan had just launched the 2020 season and hosted one series of lessons when the pandemic hit full-force. Cleanline Surf, Hallahan’s rental partner for wetsuits and boards, temporarily shut down.

“Suddenly, I didn’t know if we could offer anything,” she said. “I thought, ‘I better take the foot off the gas here.’”

Throughout March and April, she waited to see what would happen with the evolving public health crisis. When it became clear Clatsop County was unlikely to get to Phase III of the state’s reopening plan — when Hallahan’s programs could run at full capacity — she started exploring what it would take to operate safely within phase II coronavirus restrictions. That meant going down to groups of eight students and two coaches, instead of 12 to 16 campers and three to four coaches.

Ultimately, she decided it was better to run an altered version of her program “than to go a whole year without it and lose momentum.”

In addition to smaller camp sizes, she also implemented protocol for screening participants, wearing masks and social distancing. Normally, she works up close with campers when in the water, but she adapted her teaching style to instruct from several feet away and was pleased with the results.

“It really is more empowering,” she said, adding several campers mentioned feeling more capable of going out alone in the future.

She also tends to host a weeklong women’s surf retreat, which was canceled last summer and won’t be back this year. However, the two-day weekender camps provide a similar opportunity for participants to immerse themselves in the practice and also bond with one another.

After the camp, Hallahan said, “We’ve created this new sistership of women that they can connect with in the future.”

Hallahan also used this winter, and the downtime necessitated by COVID, to try something new for her business, which is going into its 17th season. She developed a 12-part video series covering numerous topics, from basic information to “all those insights you kind of need when you’re on your path of surfing,” she said. In a way, the video series, which is available via Vimeo, encompasses much of the knowledge participants would normally get if they could spend an entire week at the camp.

“I think it will be a really good addition for women that come,” Hallahan said. “They want to have more knowledge.”