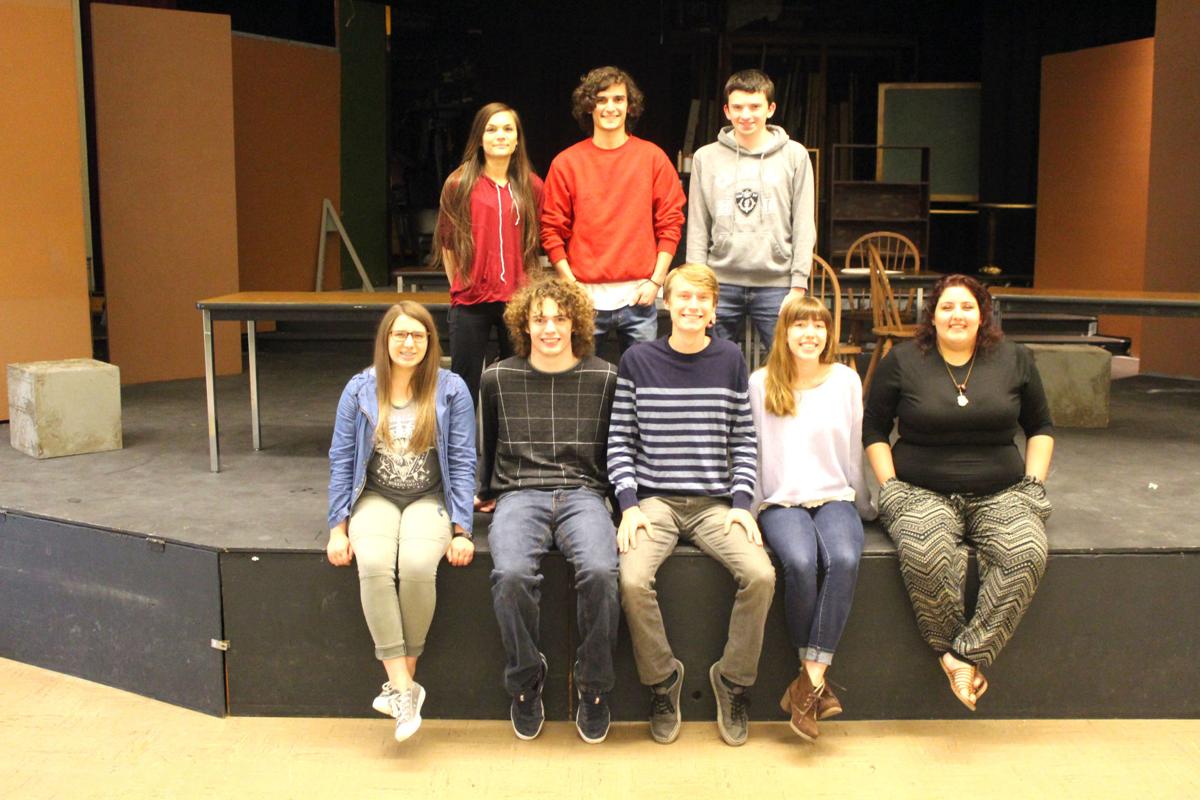 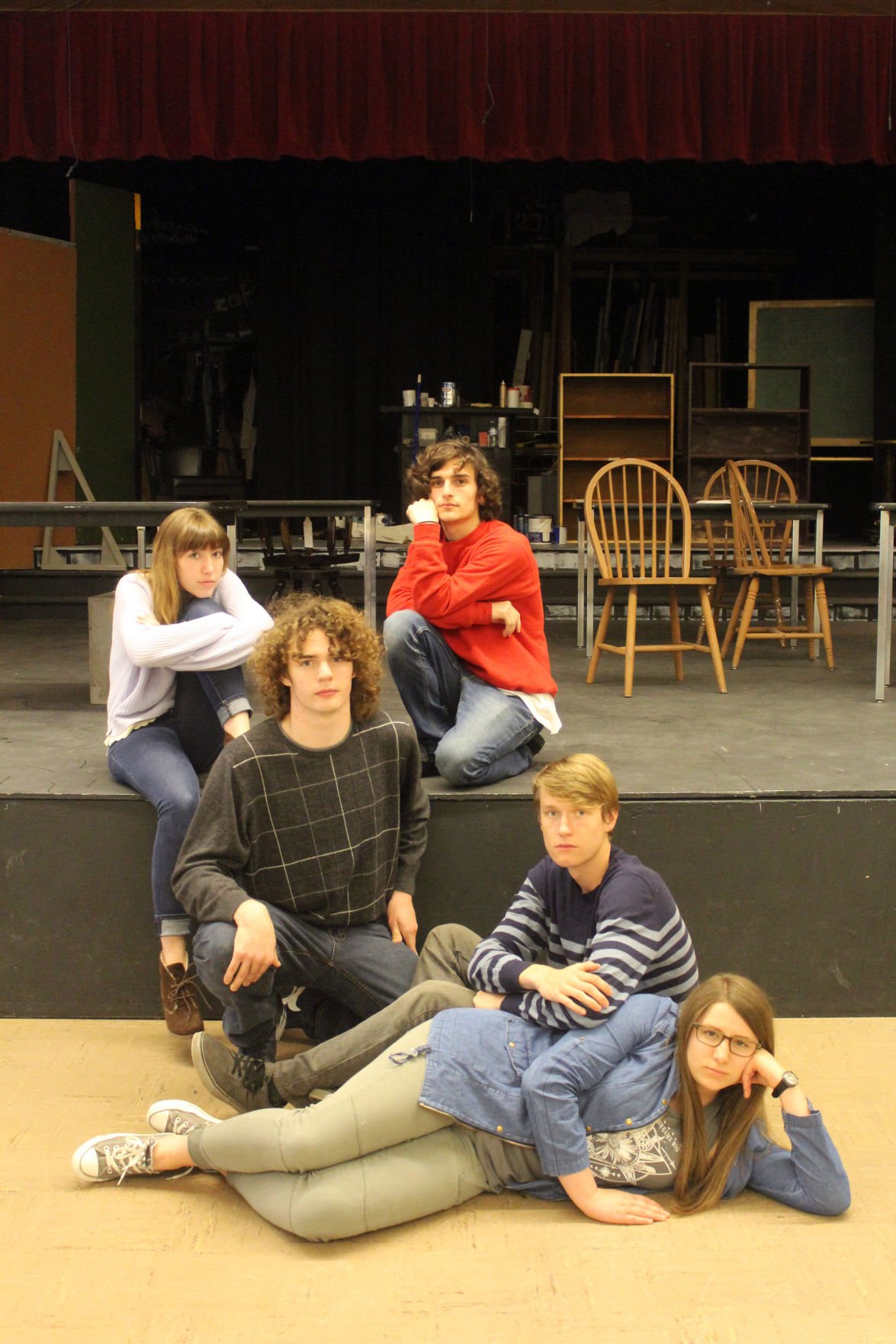 Three Seaside High School seniors are using their Pacifica Project as an opportunity to produce a stage version of the iconic 1980s movie, “The Breakfast Club.”

Under the direction of siblings Bridgette and Jake Malone and Chloe Kincaid, a 10-member cast will put on John Hughes’s classic coming-of-age tale, at 7 p.m. May 20 and 21 at the high school.

The story follows five students, each representing a different stereotypical high school clique, who find themselves thrown together in all-day detention on a Saturday.

After hours of talking, and slowly opening up to one another, the students discover they share important similarities, despite their varying social status.

“I really like that we chose ‘The Breakfast Club,’ just because it is about high school,” Bridgette Malone said. “It’s about kids from different walks of life coming together and realizing that, hey, they can be friends and it can work out.”

“It’s one of the greater stories told about the high school experience, and it fits because we’re high school students,” he said.

In addition to being a co-director, Jake Malone was convinced to play the role of John Bender, “the criminal,” by his sister and Kincaid, who felt he could bring the character to life on stage.

While Jake Malone has plenty of acting experience, Bridgette Malone and Kincaid are newer to theater, participating in productions for the first time this school year. They enjoyed their involvement and decided to put on another play for their Pacifica Project, a graduation prerequisite at Seaside High School that requires students to invest at least 50 hours into a community service project.

“Me and Jake have never done an extracurricular activity together, so I thought it would be kind of fun to do that,” Bridgette Malone said.

Kincaid joined with a desire to learn more about producing, directing and behind-the-scenes aspects of theater.

They all value performing arts. Jake Malone said he appreciates the theater environment, which allows for diverse people to join and create something together.

“It builds friendship in unlikely groups, and it’s a good way to build personal strength,” he said. “I feel like a lot of kids may not have the strength to laugh at themselves sometimes. When we’re all up on stage, there is no other choice but to just laugh at yourself, because you’re going to mess up.”

The cast is following an adapted script previously used to produce the play at Broadway Middle School several years ago.

The script eliminates a majority of the explicit elements that gave the movie its R rating. However, feeling like some of those elements are crucial to character development, the seniors reinserted selected scenes containing adult content.

“To get what we wanted out of the play, we thought it was important to add those elements to it,” Bridgette Malone said, adding they are advertising the play with a PG-13 rating.

The directors held auditions in March, after the conclusion of the school’s spring musical, “Urinetown.” Selecting a cast and turning away some of their peers challenged the students, but Bridgette Malone said she reminded them a student-run spring production is becoming the trend at Seaside High School.

Last year, two students put on “Macbeth: The Western” for their Pacifica Project. The original play, written by William Shakespeare, was adapted into by former Seaside students Michelle Peterson and Allison Barker as their Pacifica Project in 2006. It now has been staged three times. A junior is planning to do another play next year. The recurring productions are becoming known as “the spring plays,” said Lenore Morrisson, the students’ project adviser.

Putting on a third production each school year, she said, forms an extra theater opportunity for students who cannot participate in the fall play or spring musical because of athletic or other conflicts.

Four students appearing in “The Breakfast Club” are new to high school theater.

Through the experience of directing and producing the play, the Malones and Kincaid said they have developed new leadership skills, especially as they balance their Pacifica Project with other responsibilities.

As they prepare to depart Seaside High School after graduation in a few weeks, the play offers a final opportunity for them to leave an impression on the school with several fellow seniors.

“I’ve really enjoyed spending more time with a few of these people that I was friends with in middle school but had lost contact with,” Bridgette Malone said. “It’s really fun to hang out with a whole bunch of our senior friends right before we leave and to be able to do this experience together.”

The admission is a suggested donation of $5 or a canned or pre-packaged food item to be given to the South Clatsop County Food Bank.