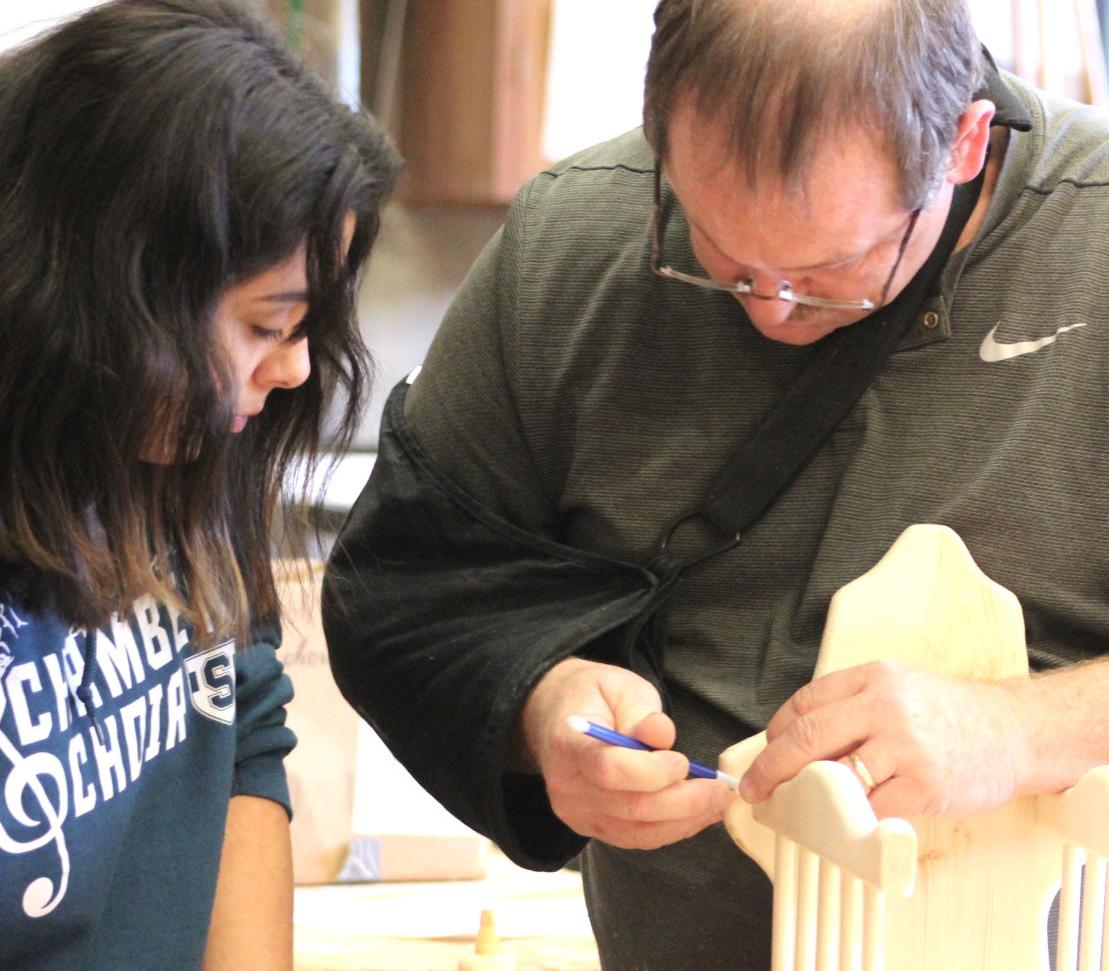 Seaside High School students work on projects in the woodshop during a class that combines three levels of instruction: basic woods, woods I, and woods II. 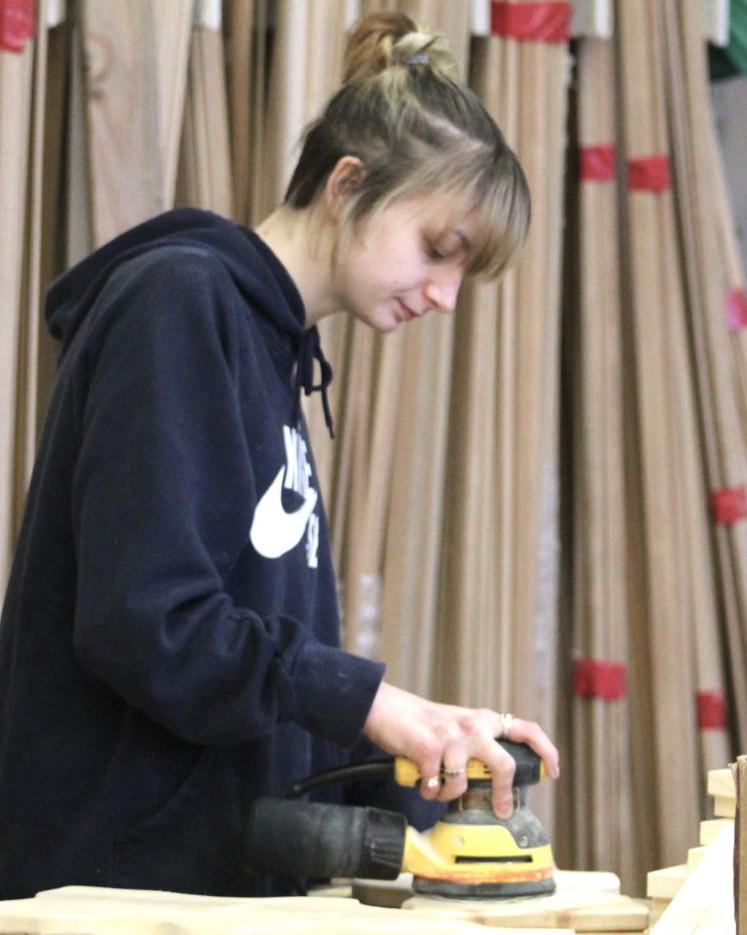 Seaside High School students work on projects in the woodshop during a class that combines three levels of instruction: basic woods, woods I, and woods II.

In Jeff Corliss’ woodworking classes, Seaside High School students are both introduced to a viable trade and provided skills they can use throughout their life, regardless of future profession.

According to Corliss, students have different motivations for taking woods classes. Some view it as a fun elective that lets them try something new, while others use it as the foundation of their future career.

Either way, he said, “they learn a skill,” gaining a better understanding of how machines work, how to behave around them, and how to use that knowledge to increase their self-sufficiency.

Corliss instructs three different classes: construction, drafting, and a class that combines Basic Woods, Woods I and Woods II. Students can take any of the classes repeatedly in different terms, advancing to the next level and progressing their skills along the way.

Combining the three levels into one class has its advantages and disadvantages, Corliss said. One benefit is it allows incoming students to learn from those who’ve taken multiple classes already. Once students have mastered fundamental techniques, they can work on additional skills, such as basic house-wiring, which is taught using an electronic kit.

For the drafting class, students are introduced to computer-aided design technology, which has replaced manual drafting as the industry standard. They also create a project drawing using a vinyl cutter.

Through the construction class, the more advanced students are familiarized with real-world application of their skills by working on projects out in the community. They helped build the dugouts at Broadway Field and remodeled the ones at the high school, Corliss said.

When the South County Community Food Bank was moved to its current location across from the high school, students from the construction class assisted with various projects, such as caulking and fixing the siding. They also build saw horses each term and sell them back to Builders FirstSource.

Corliss is interested in setting up a work-study program with local building companies so students can gain even more experience. Because of insurance regulations, people under 18 face certain restrictions on commercial job sites, such as having to stay on the ground and not using power tools. A work-study program would change the game for students interning with contractors, because their work would fall “under the educational umbrella,” he said.

Ninth-grader Joslyn Roberts signed up for the basic woods class because her dad is a carpenter and she “wanted to be able to build things with him,” she said.

Since the start of the term, she’s grown more comfortable using various tools in the shop, including different saws. It’s empowering “to know you can do it yourself,” she said, especially since girls aren’t usually given the same opportunities as boys to learn about building.

Jordyn Bird, also in ninth grade, took the class because she was “curious to try something new.” By mid-November she was working on her second project, a magazine rack. She had already completed a stool.

As a self-proclaimed hands-on learner, she feels more engaged and comfortable with the processes and techniques facilitated by the woodshop class. Like Roberts, she’s also excited about expanding her skillset.

“I’ll have knowledge to build things in the future,” she said.

Lili Reinhart was 'visited by the spirit' of Luke Perry

Ben Affleck doesn't have 'room for failure' in his life