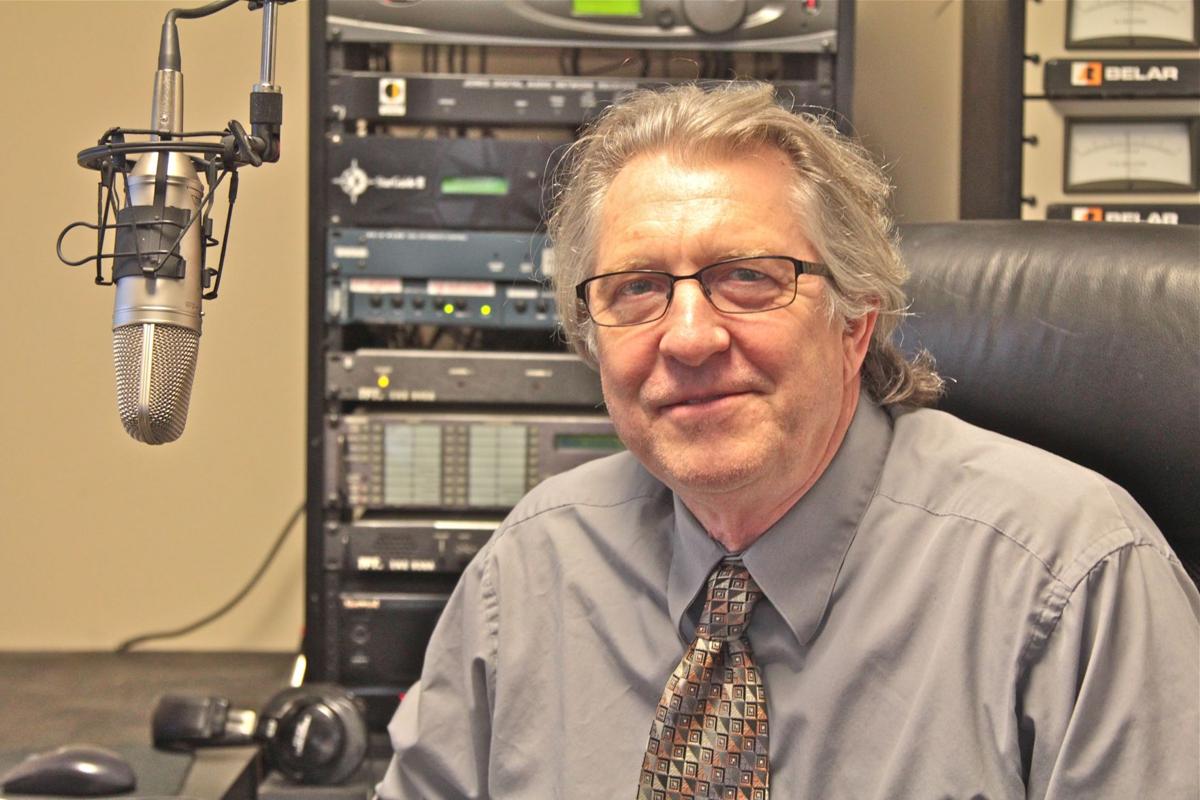 Mark Evans, the new co-owner of Seaside's radio station 94.9 FM, will be an on-air personality. Before arriving in Seaside, Evans worked for Clear Channel in San Diego. 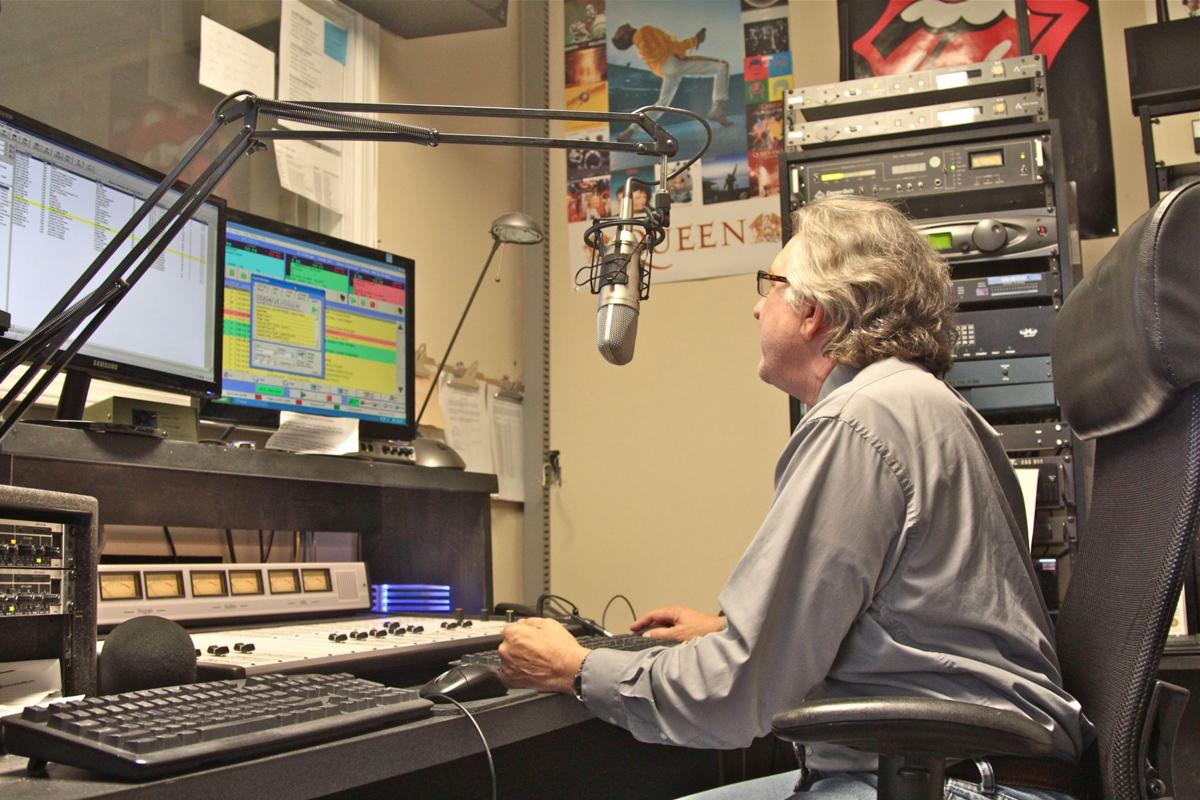 Mark Evans and his wife want to include the community on the air of Seaside's radio station, now known as KBGE, “The Bridge.”

Mark Evans, the new co-owner of Seaside's radio station 94.9 FM, will be an on-air personality. Before arriving in Seaside, Evans worked for Clear Channel in San Diego.

Mark Evans and his wife want to include the community on the air of Seaside's radio station, now known as KBGE, “The Bridge.”

Or perhaps you didn’t.

For the past year 94.9 FM, with a broadcast studio in downtown Seaside and a 25,000-watt transmitter on a hill nearby, has essentially been running on auto-pilot.

The DJ was a computer. The only time a human being was in the office — let alone broadcasting live on the airwaves — was maybe once-a-week, adding songs to a playlist or performing some FCC compliance.

Living in California, the station’s owners didn’t spend a lot of time in Seaside. Then, in 2013, Cal Brady died, and his wife put the station up for sale.

Seaside’s 94.9 FM was purchased in an estate sale by Mark Evans and his wife, Mickie Evans. They closed the deal in January. Mark Evans wears a shirt and tie and has a cool, affable voice. He’s been a part of in the industry for decades, both on the air and off.

“I have been working for Clear Channel radio for about 20 years,” Evans said. Most recently, in San Diego, he was a news director.

“Before that, my wife and I operated a radio station in Temecula, Calif.,” Evans said. “That’s where we got the bug, originally. We’ve been looking for the possibility to run a station again, and this one became available, so we searched it out and ended up here.”

In January, after closing the deal on 94.9FM, Evans and his wife relocated to Seaside, planning to take a more hands-on approach.

“We are going to turn it back into a community station,” Evans said. “We want to provide newscasts during the day. We want to include the community on the air. We want to bring people in.”

He also hoped to return closer to his radio roots — focusing on music instead of handling a small segment of a conglomerate.

“Clear Channel has become such a huge corporate company it was hard to get anything done,” said Evans. “It’s was suffocating.”

“The biggest challenge we have is to have people want to take part and advertise on the station,” said Evans. “That’s 100 percent of the income of the station, and it is sometimes difficult to get people interested in advertising on the radio.”

Evans displayed the office and broadcast studio in downtown Seaside. It will remain in the same location in the Gilbert District, on the second floor above Toro Sushi.

“It will basically be a rock station,” Evans said. “There are different connotations of the rock format. This one happens to be a AAA station, which means new rock, new artists and classic rock cuts, too, mixed in with that.”

Evans stressed that KBGE would feature more contemporary than classic rock and that blocks of Led Zepplin (known as “getting the Led out,” a staple of classic rock radio) would be in short supply.

“I’ve gotten the Led out so many times I’m Led-less,” Evans, said, laughing.

“But there’s a lot of new stuff out there that really sounds good,” he added. “The Steal is a new band; they sound really good. You’ve got Foster the People and a number of new artists that have really energized the music scene.”

“Right now my favorite up and coming artist is Milky Chance,” said Evans. “Nobody knows who Milky Chance is, but the record has been playing over and over and over for the last several months. They’re a band out of Germany and they’re really making a lot of noise right now. ‘Stolen Dance’ is the name of the song, and that’s one of the tracks we’ll be playing.”

In both music, presence and community engagement, Evans and 94.9 FM face an established, well-loved and formidable presence in KMUN Coast Community Radio.

He’s also running in the face of growing trends like online streaming.

“The thing with Spotify, Pandora and all of those, it’s a jukebox” Evans said. “You put your mouse up and click it and you listen and that’s it. You’re listening to the music, but there’s no interaction.”

“And a lot of times people want somebody there,” he added. “Even if they’re just naming the songs or giving you the time of day or the weather forecast, people sometimes just want a person there. It’s like riding in a car with someone.”

“That can take years,” he said.

Nonetheless, Evans sees potential in the station that was nearly left for dead.

“It was neglected,” he said of 94.9 FM. “And we saw an opportunity to maybe turn it around and turn it into a fun station again.

Oscar Isaac to star in and produce The Great Machine

Cameron Diaz and Benji Madden are in 'baby bliss'