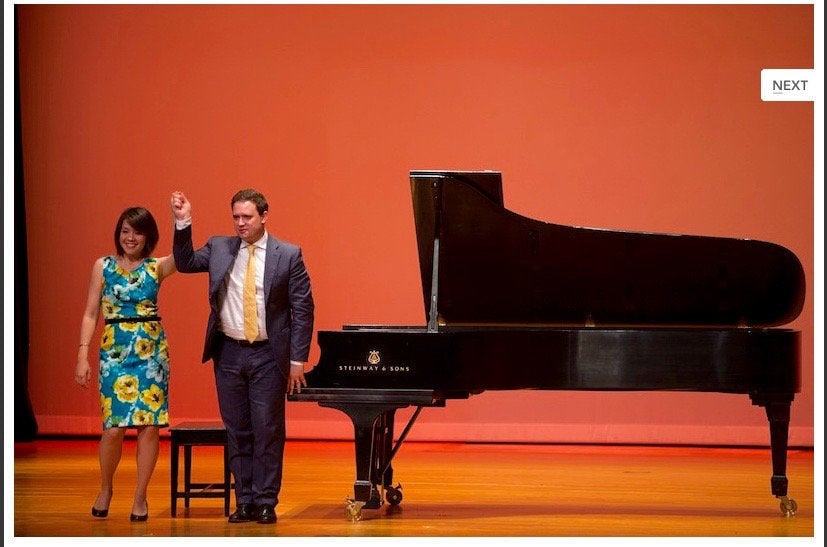 Paolo Alderighi and Stephanie Trick are featured performers at the Seaside Jazz Festival. 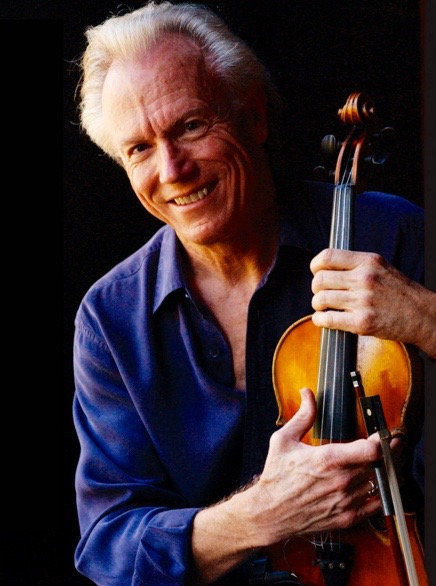 Tom Rigney, who will perform with his group Flambeau.

Paolo Alderighi and Stephanie Trick are featured performers at the Seaside Jazz Festival.

Tom Rigney, who will perform with his group Flambeau.

Where else on the North Coast, asked Seaside’s Ruth Johnson, “can you go that you have this much live entertainment? There’s just not another event like it.”

Under the direction of dynamic duo Johnson and Judy Shook, the Seaside Jazz Festival tradition continues thriving and adapting. A changing demographic and musical tastes, financing and the North Coast’s unpredictable weather are all hurdles overcome as the 33rd year of the festival brings a wide array of international jazz talent.

The festival, in its 33rd year, will be held Feb. 25 through 28 at five locations. Three locations are at the Seaside Civic and Convention Center: the Pacific Room, the Necanicum room and the Riverview Room. The Best Western Ocean View Resort and the Seaside Elks Lodge are the other venues. The bands rotate to the different venues throughout the festival.

The festival started in the 1980s as the Oregon Dixieland Jubilee and it took place in Astoria, Gearhart and Seaside. Originally the event was a fundraiser for the Clatsop County Historical Society.

The Lighthouse Jazz Society, a local nonprofit organization, took ownership of the event in the early 1990s. It began to be held solely in Seaside as traffic became an obstacle to the schedule, Shook and Johnson said.

The Oregon Dixieland Jubilee changed its name to the Seaside Jazz Festival.

After the death of former director Dick Pearson in October 2007, longtime volunteers Shook and Johnson became the new festival directors for the event in 2008. Since taking the reins that year, “we can’t let go,” Johnson said.

Together they have addressed the challenge of sustaining the program, keeping it relevant and exciting and introducing new people jazz.

One challenge is drawing young people to the festival. Those with a dancing background often enjoy attending and making use of the dance floors at four of the five locations.

“The music really does give them an opportunity to dance,” Johnson said.

The organizers diversified the style of music performed at the festival. It started as being strictly traditional New Orleans-style jazz. Now the offerings include jazz-inspired styles, like doo-wop, bebop and swing, in addition to some traditional jazz, Cajun and ragtime music.

This year’s event will feature Rudy’s Revelers, Rudy being a portmanteau of Johnson and Shook’s first names. The group is comprised of various musicians selected from other groups.

After all, Johnson said, “that’s just the way jazz is.”

“It allows you to improvise,” she added.

Rudy’s Revelers will give a special performance at Feb. 25, at 7 p.m. at the Seaside Elks Lodge, which has a dance floor. The public can attend for $10 per person.

Finding groups to perform is never difficult. The society often gets emails and messages from groups wanting to be in the lineup. The organizers have to contend, however, with issues like unpredictable weather and travel interruptions, as they bring in the musicians, many from other states, such as Florida, Connecticut, Louisiana and Missouri. The directors promote the show with the caveat that the bands are subject to change without notice.

As festival directors, Johnson and Shook travel to other jazz festivals to promote the Seaside festival and get ideas for how to keep the event running. They attend about three or four per year, mostly in the western states.

Ticket sales do not pay for the event, so the Lighthouse Jazz Society seeks sponsorships and donations to cover costs. In the end, Johnson said, “we seem to be able to make it happen.” Several downtown businesses have remained dedicated over the years.

During the festival, they have a raffle and proceeds are given as scholarships to high school students to attend jazz camps in Washington and California. They also help send students to Music in May at Pacific University in Forest Grove.

Generally the event brings about 1,700 to 1,800 people — many from the Portland and Seattle metropolitan areas and Canada — and they stay in local hotels and eat an local restaurants.

“I’m a firm believer it’s a good event for Seaside and Seaside is the perfect place for this event,” Johnson said.

The directors said they enjoy seeing people having a good time, although, Shook said, “We like it much better the Monday afterward.”

Music begins at 3 p.m. Friday and 10 a.m. Saturday and will go until about 11 p.m. both nights. Two free gospel services at the convention center will be open to the public at 9:30 a.m. Sunday. They will take a free-will offering to benefit the local Food 4 Kids backpack program. The closing ceremony will begin at 3 p.m. Sunday.

The Seaside High School Jazz Band and four or five other groups will each play a 10-minute set for the closing ceremony.

Often, festivalgoers will don fringe shimmy dresses, feather boas, zoot suits and other period clothing to get into the spirit.

A free shuttle bus, provided by Suzanne Elise Assisted Living Community, will transport festivalgoers to different venues and most hotels during festival hours. Food and beverages are available at all sites.