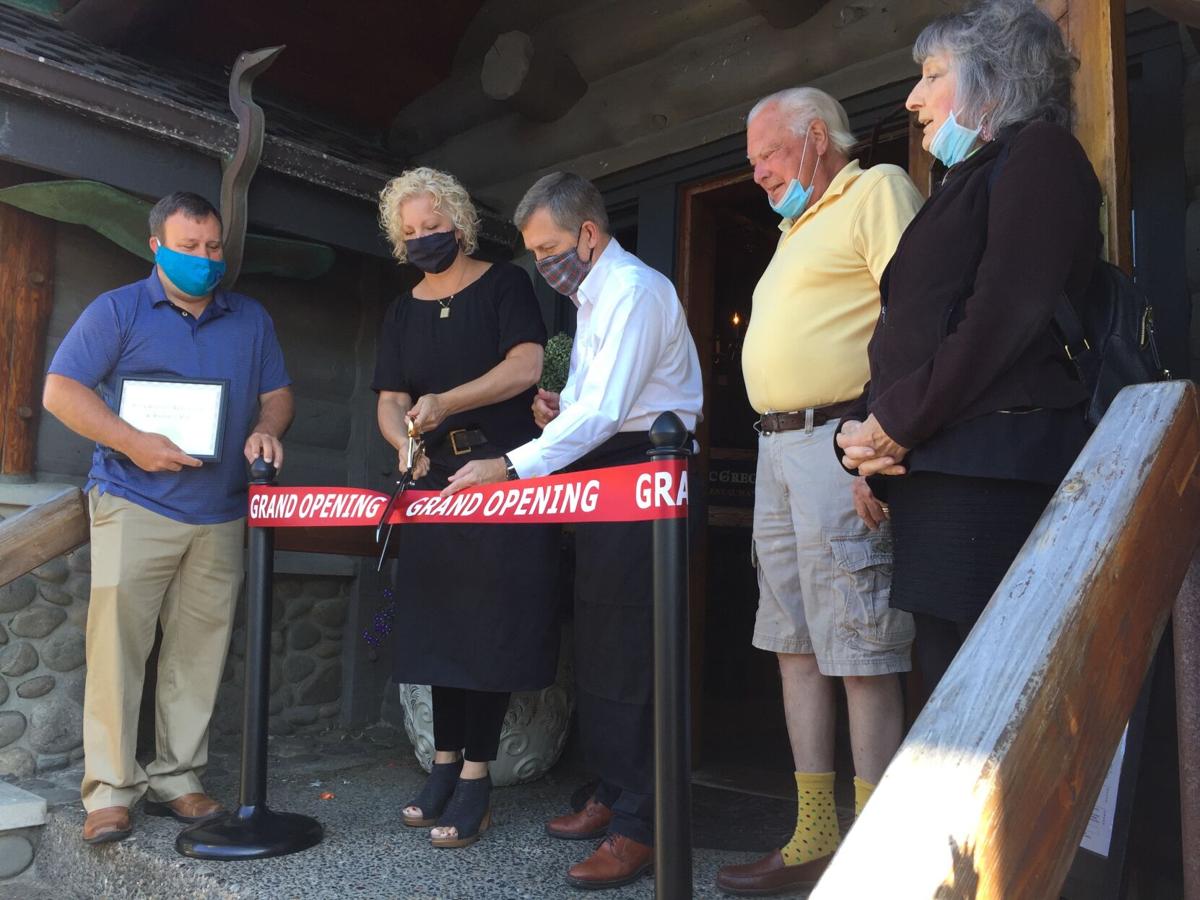 From left, Jim Paino, executive director of the Cannon Beach Chamber of Commerce, Holly and Chip MacGregor and Tom and Susan Morris at the ribbon-cutting for MacGregor’s Restaurant and Whiskey Bar last Wednesday in Cannon Beach. 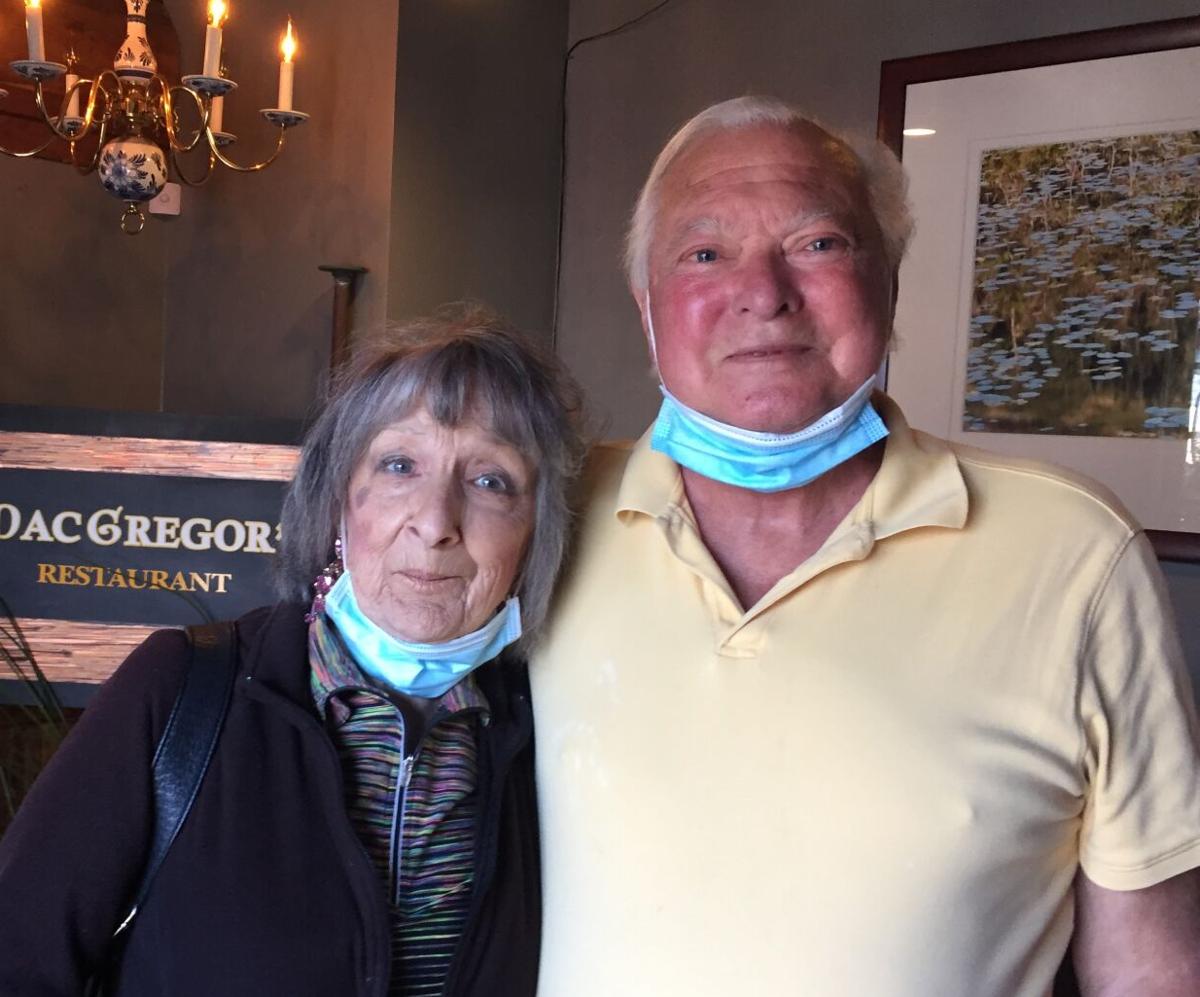 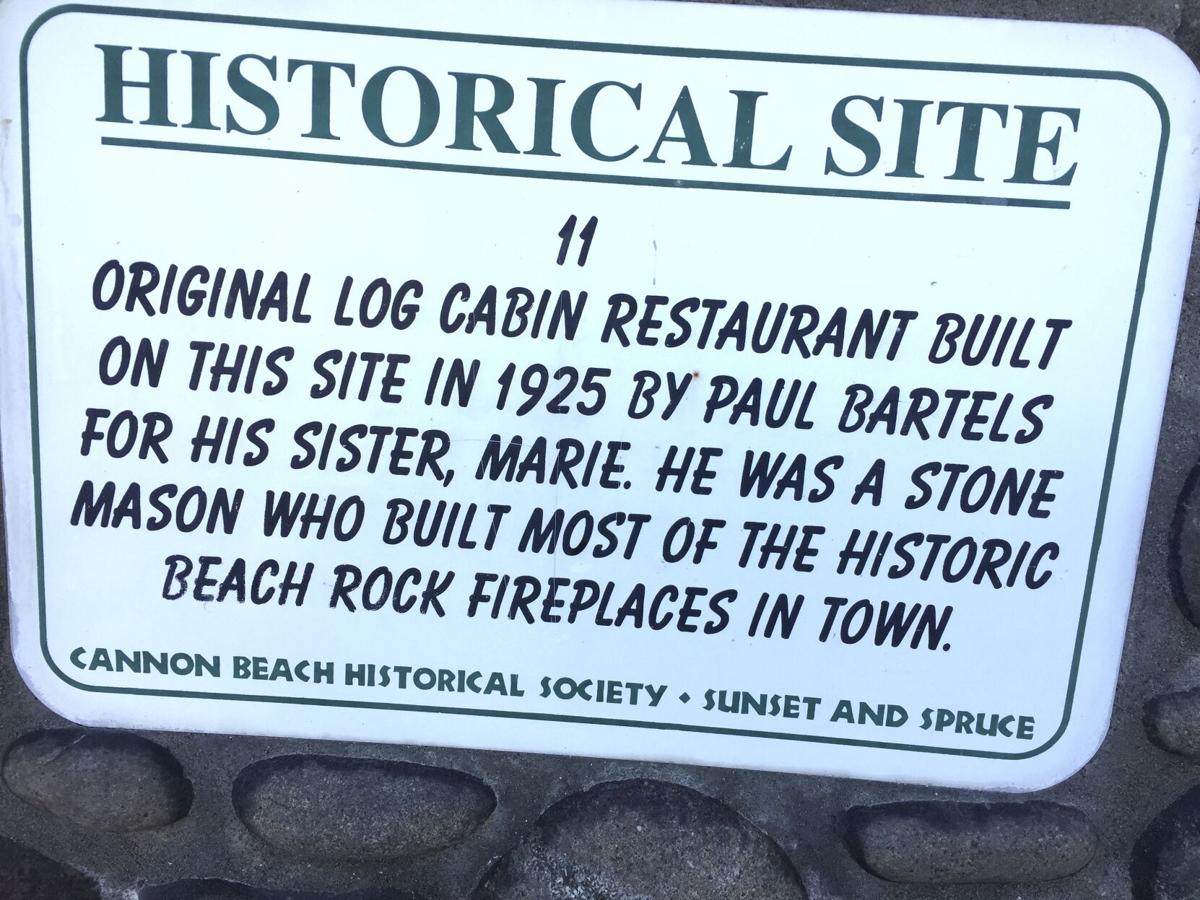 Marker outside the building at 100 E. Second St. in Cannon Beach.

From left, Jim Paino, executive director of the Cannon Beach Chamber of Commerce, Holly and Chip MacGregor and Tom and Susan Morris at the ribbon-cutting for MacGregor’s Restaurant and Whiskey Bar last Wednesday in Cannon Beach.

Marker outside the building at 100 E. Second St. in Cannon Beach.

Their clam chowder was not just famous, Tom Morris once said, “but the best.”

After 47 years, Morris and his wife, Susan, turned over the reins of the historic site last Wednesday. Morris’ Fireside, their Northwest-style restaurant at the corner of Second and Hemlock, had been the longest operating restaurant in Cannon Beach.

Jim Paino, the director of the Cannon Beach Chamber of Commerce, presided last Wednesday as new restaurateurs Holly and Chip MacGregor wielded scissors for the ribbon-cutting of MacGregor’s Restaurant & Whiskey Bar in the former Fireside restaurant.

“Cannon Beach has been very good to us,” Morris said. “We were trying to get to 50 years. Our health just crashed. Not COVID, but that happened at the same time. I went into the hospital for almost two weeks with different health problems. It was time to hang it up.”

“It is very rare for a restaurant to last that long, and to survive that many years with the same owner is almost unheard of,” Chip MacGregor said. “They have occupied that same space for decades. They are an institution in the town.”

Tom was a police officer and Susan a dispatcher when the Morrises came to Cannon Beach from Seattle in 1969.

“Bruce Osburn, who owned this little tiny restaurant that was here, kept bugging me, ‘Buy my restaurant, I’m tired of it,’” Tom Morris recalled. “I finally did.”

The location has been a restaurant since the 1920s, when it opened as the Log Cabin. A plaque identifies the site as built by Paul Bartels for his sister in 1925.

Bartels, a stone mason, built most of the historic beach rock fireplaces in town.

While a restaurant has operated continuously since its inception, the original log cabin building was replaced in 1984.

The Morrises, who took ownership of the building in 1976, are the third owners, and longest in terms of ownership.

“We had eight children grow up here,” Susan said. “They all worked here.”

“There was no allowance, just punch in and go,” Tom added.

Mayor Sam Steidel, chamber of commerce secretary Sheri Russell and the chamber’s Laura Kaim joined the ribbon-cutting ceremony, as a steady stream of breakfast diners came in and out to sample “the classics,” a menu including chicken fried steak, biscuits and gravy, eggs Benedict, flapjacks and more.

Chip MacGregor said he is hoping locals will discover the “new vibe” at MacGregor’s.

“We’re only three weeks into this, so we’re changing as we learn things,” he said. “We created a new menu and hired new staff when we opened, so you can expect some things to shift a bit as we get to know people, learn lessons and respond to this new retail environment we’re all living in.”

MacGregor’s provides indoor dining in three locations, in Manzanita, in Cannon Beach at MacGregor’s Restaurant, and the Whiskey Bar.

Hours for the Manzanita location, at 387 Laneda Ave. are 3 to 10 p.m., six days a week; closed Tuesday. An outdoor deck is open when weather permits.