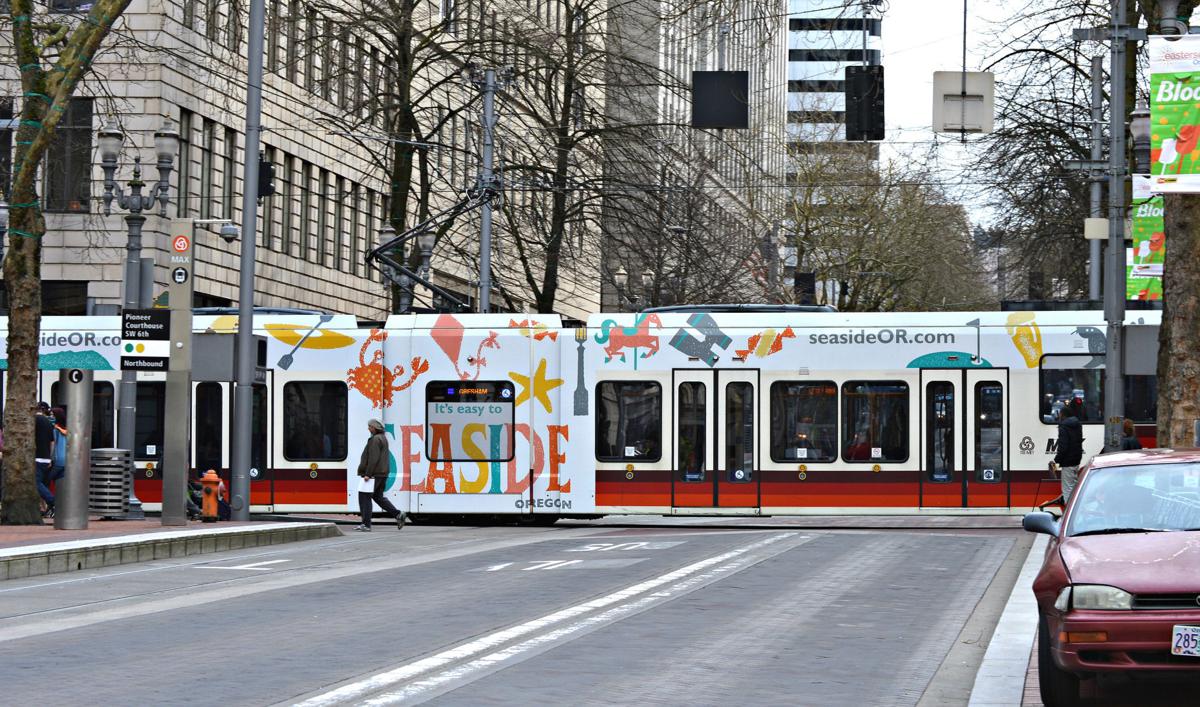 A train emblazoned with the Seaside logo makes its way through Portland. 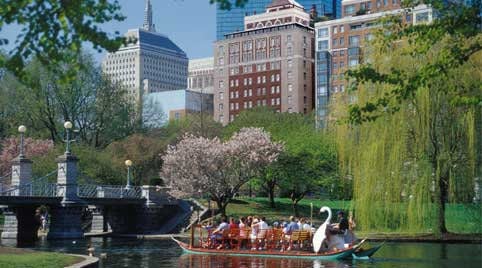 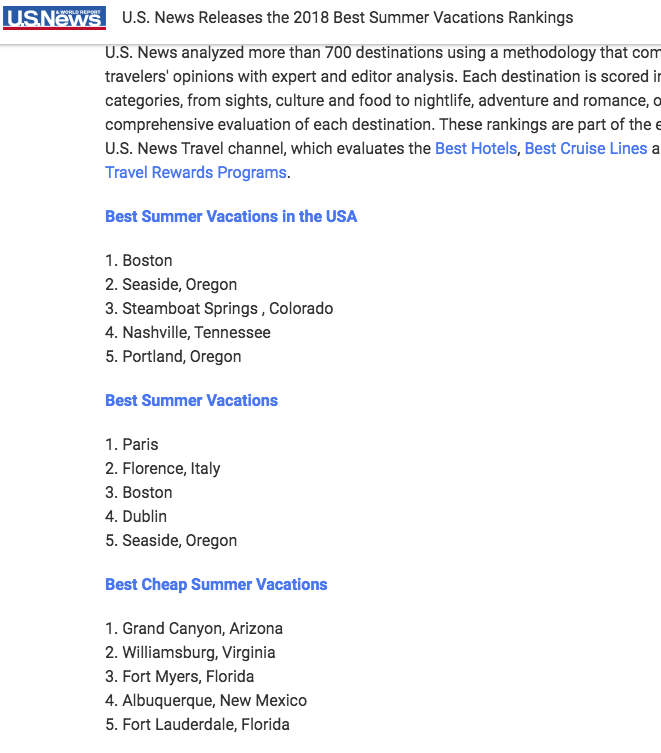 A train emblazoned with the Seaside logo makes its way through Portland.

Barely had the ink dried on my column last month about out-of-town news alerts and digital traffic-boosting listicles when international honors fell to the city of Seaside — and rather unexpectedly at that.

U.S. News Travel considered 700 cities, parks, beaches and small towns around the world and in this country, measuring “affordability, weather and variety of things to do plus traveler and expert sentiment.”

According to the rankings, Paris, France is the world’s No. 1 summer vacation list, followed by Florence, Italy; Boston, Massachusetts; and Dublin, Ireland. Seaside is fifth. I mean, we’re talking about Paris, the City of Lights, and Seaside, the city of surreys and fried clams.

In the rankings limited to “Best Summer Vacations in the USA,” Seaside is even higher, second behind Boston and ahead of Steamboat Springs, Colorado; Nashville, Tennessee; and yes, Portland, Oregon.

Seaside is described as a relaxing resort town and “beloved West Coast getaway for families.”

The recognition was announced by Jon Rahl, Seaside’s director of tourism marketing, at the April 23 City Council meeting.

“Quite the pretty cool company that Seaside got,” Rahl said.

City Councilor Steve Wright added: “I think we can all agree this is a pretty big deal.”

Much of the reason why Seaside is on a list with the world’s finest cities is attributable to Rahl himself.

Rahl ­— recently named assistant city manager — has done a world-class job of focusing the city’s tourism resources and projecting them to a wider market via print, television and social media.

All you have to do is look at the brightly lettered Portland light-rail trains seductively whispering “Seaside,” with dazzling pastel imagery of seahorses, carousels, bikes and beaches. They rumble through the crowded city broadcasting to Portland’s visitors ­— and Portland’s visitors are worldwide.

On the ground, creative plays like the large orange Adirondack chair emblazoned with the word “Seaside” and strategically located in front of the Visitors Bureau invites travelers to sit right down and stay awhile.

“That continues to reap rewards for us,” Rahl said.

It’s not the biggest Adirondack chair in the world — not even the biggest in Oregon, added Russ Vandenberg, general manager of the Seaside Civic and Convention Center. But it’s plenty big and visitors love to take selfies on it.

Rahl attributed the city’s success to infrastructure development like the convention center expansion and renovation, along with the innovation and enterprise of hoteliers rehabbing properties and the influx of new restaurants, “which makes our destination that much more popular.”

The Visitors Bureau’s social media postings, Facebook videos and television ads are so emotionally resonant they are satisfying even after the fifth or sixth viewing. Their themes hit all the buttons — family, pets, scenic beauty and the great outdoors.

Rahl and his team kicked off the year by winning recognition from the Oregon Governor’s Conference on Tourism for Best Visitors Bureau, an award delivered by peers for marketing throughout the state.

Editor Gwendolyn Shearman of U.S. News Travel said her team initiates the process by selecting destinations from throughout the world.

They score each destination in 11 different categories, Shearman wrote in an email.

Rankings are based on user ratings and editors’ scores, from 0 to 5 — “phenomenal.”

Users vote “thumbs up” or “thumbs down” whether a destination belongs on the list.

Destinations’ overall scores are a weighted average of the individual editors’ averages, based on which factors users said were most important to them.

This is the first year Seaside has been included in the scoring, Shearman said, receiving high marks in the sights, family, food and accessibility categories.

“Seaside stood out this year because of its appeal to both beach-going families and outdoor enthusiasts. Plus, its location in the Pacific Northwest is a great alternative to more well-known (and more crowded) beach destinations further south.”

What does it all really mean?

“We can’t really predict or offer insight on how the destination’s popularity may increase as a result of the list, but we always welcome destinations promoting their rankings on social media and the like,” Shearman said.

In 2018, editors have found readers are particularly interested in visiting more under-the-radar vacation spots and smaller towns in the United States, she said. “More of those types of vacations appearing on many of our ranking lists,” she added.

In Seaside, all you have to do is take a leisurely stroll along the Prom on a clear 65-degree morning in May to place the city high on your own list. We’re proud to have our home named among the finest in the world.