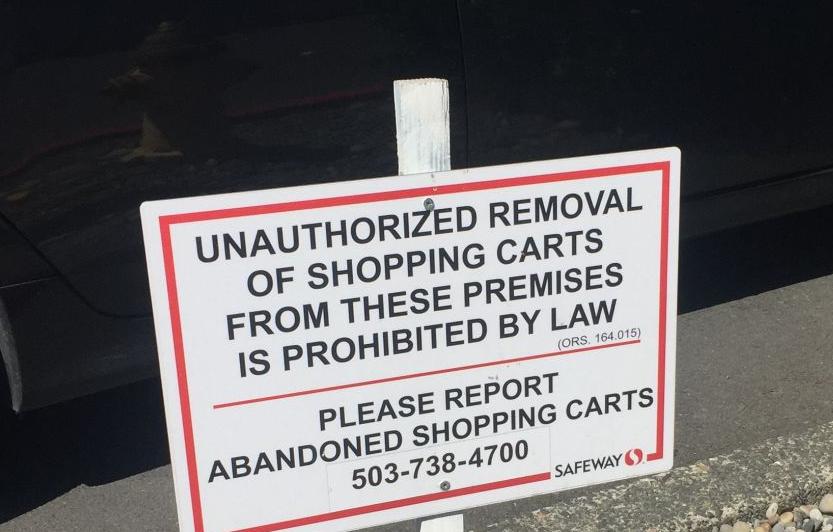 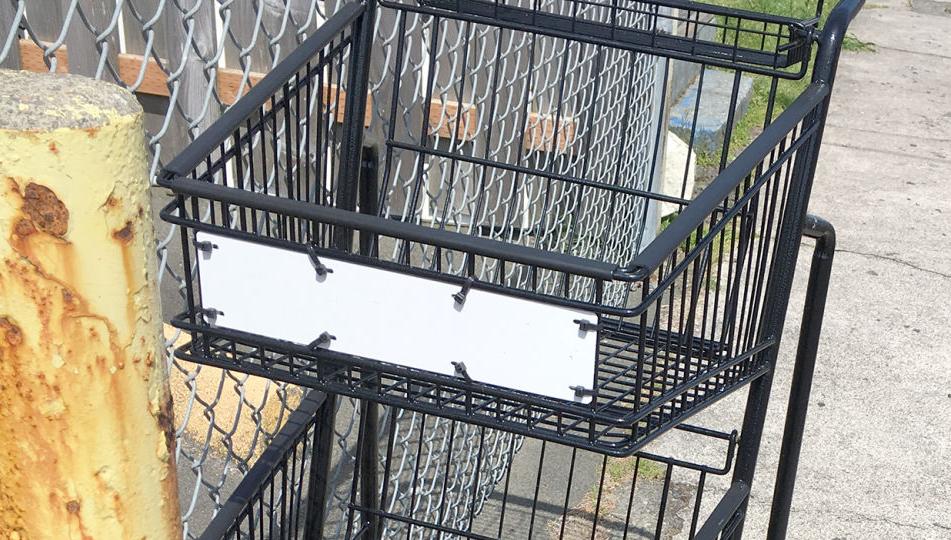 The first ones I saw were in the late spring, higher up on the alphabet streets, in particular Avenue U and Beach Drive, but also just on the Prom at Avenue T. The carts were always empty and looked forlorn. It bothered me when they hung around for more than a day.

It’s always discouraging to see a shopping cart where a shopping cart shouldn’t be. I lived in New York City in the 1970s when the city was teeming with homeless. My apartment was in Greenwich Village, but my work was way uptown.

It wasn’t unusual at the end of a workday to climb the steep stairs leading up from the underground subway to street level. The subway at the time a subterranean hell that, in addition to being a fast and cheap method of transportation, was also home to an entire underground city of transients.

I’d emerge on to grimy Seventh Avenue to weave and dodge my way past sepulchral human forms. Most nights I had to step over one, if not two prostrate bodies crowded into the vestibule of my building where dirt-encrusted men and women huddled in filthy blankets. Many homeless used shopping carts to store their meager belongings, or haul their bottle and can collections gleaned from dumpsters and bins to redemption centers to collect on the deposits. It was a way of life for them, a discouraging, distressing way of life.

And not one I’m happy to see repeating itself 42 years later in Seaside.

Google the words "homeless and shopping carts” and you can see quite a bit has been written.

AskReddit published an article titled, “How do homeless people get to keep shopping carts?”

A site called homelessadvice.com published “Five reasons why the homeless have shopping carts.” Smithsonian Magazine published an article how an exquisitely designed cart for homeless people inspired a wave of artist activism.

The five reasons, if you’re curious, as to why the homeless need shopping carts are to transport possessions; collect cans; to use as walkers (you may have noticed some of the homeless have serious knee and hip problems); to protect themselves (you can flip them on their side and cover with a tarp and crawl into them, making a little cave); and carry old and smaller pets. I have noticed many of the transients in Seaside this summer are on the road with pets.

Stolen shopping carts are a big problem for grocery stores.

In March 2018, The Suburban Times, an online publication, published a story called “Grocery Cart Theft: Someone Has to Pay.” According to the article, The Food Marketing Institute reported that nearly 2 million shopping carts are stolen nationwide every year, translating into a per-store loss of $8,000 to $10,000 annually. Those costs, of course, are passed along to consumers. So, in the end, we pay.

Many shopping carts end up miles from where they were stolen. Retrieving them is the job for the grocery chain where it’s sometimes deemed less expensive and time consuming to just leave carts where they’ve been abandoned.

A few weeks ago an abandoned shopping cart appeared outside this newspaper office. It just turned up one day. It had a few empty plastic bags in it, the kind the city recently banned. Months ago, my husband and I jotted down information from a sign posted outside Safeway on Roosevelt Drive with the number to call to report an abandoned cart. He called it. Days passed, and eventually the cart disappeared.

It’s impossible to know if someone from Safeway came and picked the cart up, or if another transient came along to claim it.

But I know it won’t be long before I see another.