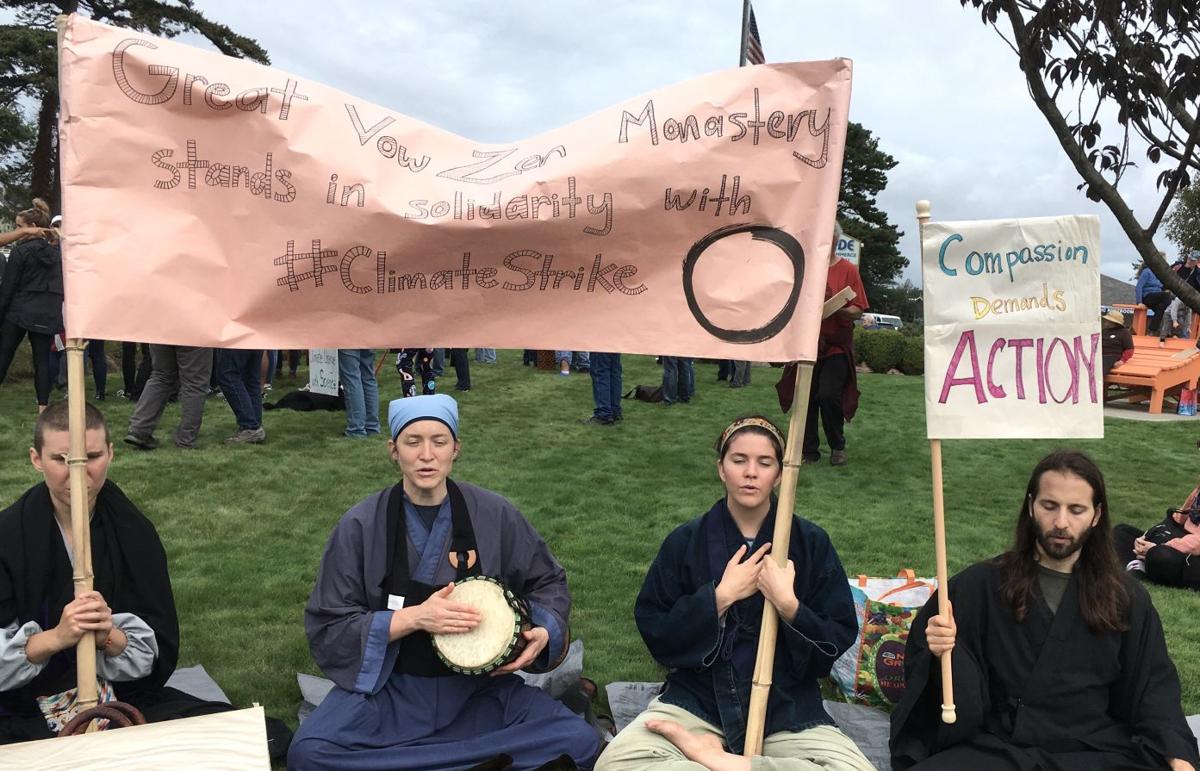 Members of the Great Vow Zen Monastery in Clatskanie provided a meditative atmosphere. 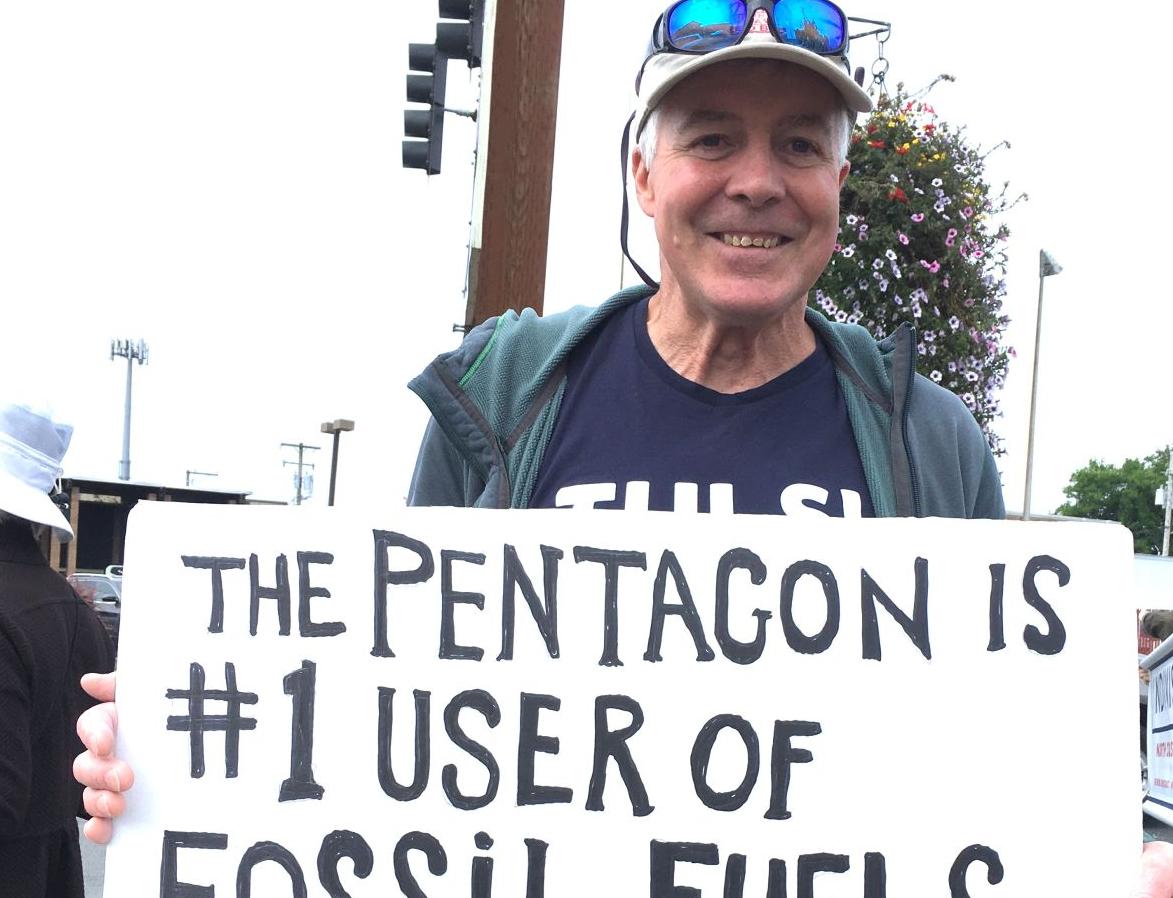 Mark Rolofson came all the way from Boulder, Colorado, to protest climate change in Seaside.

Members of the Great Vow Zen Monastery in Clatskanie provided a meditative atmosphere.

Mark Rolofson came all the way from Boulder, Colorado, to protest climate change in Seaside.

I kept my expectations low last Friday when I turned out for the Global Climate Change Strike that took place in Seaside on the corner of Broadway and Roosevelt Drive in front of the giant chair.

I knew thousands were gathering in major cities around the world including Delhi, Seoul, Cape Town, London, San Francisco, New York, and Washington, D.C. I knew big events were planned in Melbourne and Brussels, Lisbon and Taipei. Thousands were expected to gather in strike in Kenya, Dublin, Edinburgh, Sydney, Paris, Tokyo and Prague, but this was Seaside, Oregon.

So I was very surprised at the high level of energy and number of people (there were hundreds) in Seaside who came out in united protest.

An hour or so before the event, which took place between noon and 1 p.m., I was getting coffee in Gearhart, where a few people I spoke with were under the impression the strike was a student thing.

And indeed it is teens leading the charge. Last March an estimated 1.4 million schoolchildren, following Greta’s lead, walked out of their classrooms to march in cities and towns around the world.

As it happened, a dozen or so students from Seaside High School came out for the Seaside Climate Change strike, but the vast majority of protesters were, like me, quite a bit older. Gray heads, gray beards. A few people I spoke with said the last time they protested anything, it was the war in Vietnam.

I was impressed with the signage.

“No Jobs on a Dead Planet!” “Use Your Voice!” “Planet Over Profit!” “Protect Mother Earth,” and my favorite, “Our House is on Fire.”

Westin Carter, a Seaside High School student, said he came out for the protest because it’s his generation who has the most at stake.

He’s aware some older people might not care so much about the planet’s future because they won’t be around to experience it.

He wants to live.

I was heartened to see a dozen Buddhists from the Great Vow Zen Monastery in Clatskanie. Their monastery was founded in 2002 and is operated by the Zen Community of Oregon. They offer weeklong meditation retreats and special events throughout the year. When I asked how they found out about the Seaside event, they said they found out about it from a posting online.

Mark Rolofson is relocating to the Seaside area from Boulder. He was wearing a Tulsi Gabbard T-shirt and carrying a sign advising the number one user of fossil fuels is the Pentagon and they should cut the military budget.

For the entire hour, the indefatigable Eric Halperin of Gearhart chanted into a bullhorn while his wife, Bebe Michel, kept a steady beat on a drum.

“Join the Alliance, Unite Behind the Science” was the most popular refrain. Dozens of the Climate Change strikers lined Roosevelt and there were lots of supportive honking horns. Despite the slowdown in traffic, very few drivers seemed perturbed.

In fact, they seemed enthusiastic.

Despite some snarky comments I saw about the strike on Facebook, there’s a lot more support for climate change action in this region than is commonly reported.

Laurie Caplan, who was at the event along with about 20 others from Indivisible North Coast Oregon, said she was very pleased by the turnout.

The next call to action is Friday in Astoria.

Be there or be square.