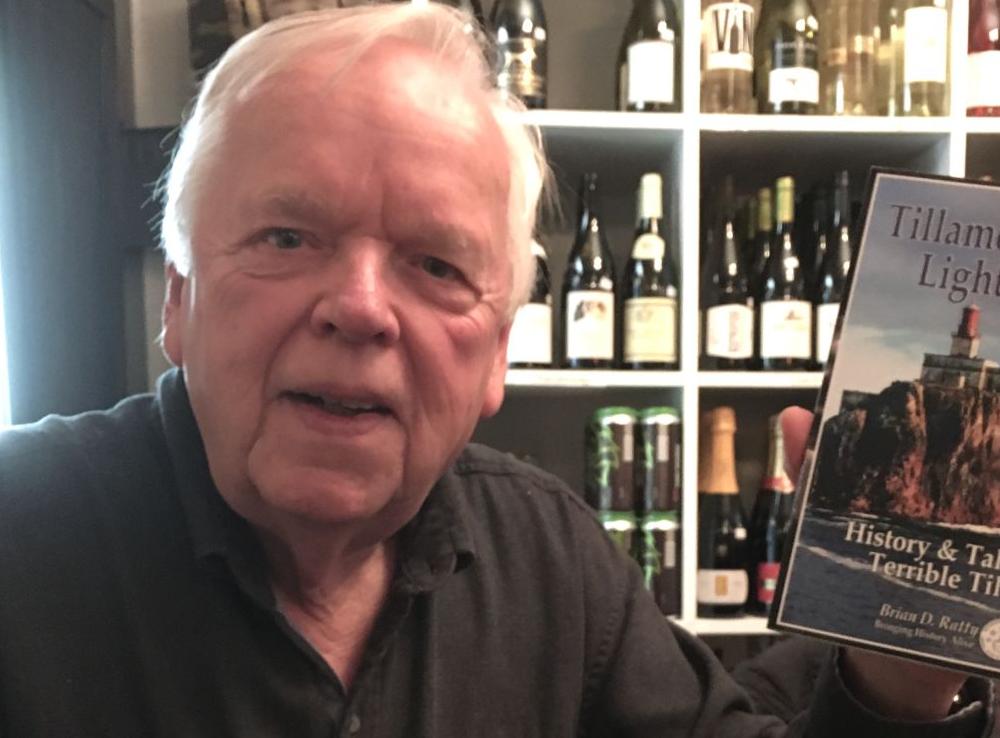 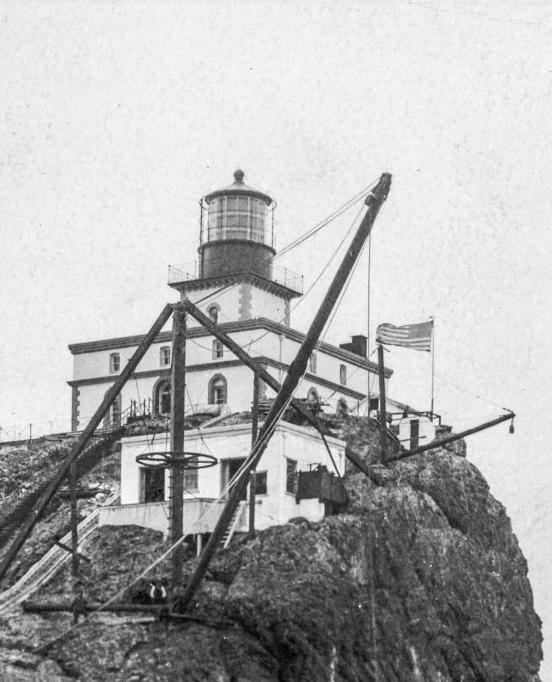 Brian D. Ratty is a retired media executive and graduate of Brooks Institute of Photography. Ratty is the author of seven books, including “Tillamook Rock Lighthouse: History and Tales of Terrible Tilly.”

On Nov. 18, Ratty gave a talk to members of the North Coast Newcomers and Social Club book group at the Sweet Shop in Gearhart.

Ratty spoke about Terrible Tilly, sharing lighthouse stories for half-an-hour to a rapt audience. He recalled his grandfather who spent time at the lighthouse, describing what it was like to get to there and life on the rock. He vividly described what it must have been like during the violent winter storms when waves and ocean spray likely crashed in from the top, dousing the keepers with icy water and imperiling their very lives.

“Not a popular decision with the Coast Guard at the time,” Ratty opined.

Decades ago, the federal government declared the site surplus, and it was sold, several times. Mimi Morrisette, a resident of Cannon Beach, is Terrible Tilly’s current owner. In 1980, she and a business partner, with the help of some investors, purchased the property, sight unseen. Morrisette’s plan was to turn the place into a columbarium to be called Eternity at Sea. Sadly, there were paperwork issues and vandals broke in. A few urns are said to have gone missing. According to a story published in the Astorian last January, Morrisette intends to restore the storm-battered lighthouse and revive the columbarium.

Although “Tillamook Rock Lighthouse” is a nonfiction work, as an author, Ratty said he’s partial to writing historical fiction featuring bold characters. He describes himself as a disciplined writer who writes new material in the mornings and revises in the afternoons. Once a chapter is completed, he hands it over to Tess, his wife, who gives him guidance, comments, and corrections.

Is the lighthouse haunted? someone from the book group wanted to know. This rumor is popular as sometimes it appears a light is shining from within.

Ratty declined to offer his opinion on that subject.

“I’m not a lighthouse expert,” he said, smiling.

He said what he most enjoyed about writing “Tillamook Rock Lighthouse” is that he employed not only his own voice, but voices of real people who had a genuine connection to the lighthouse. Terrible Tilly received its dread-filled nickname as a result of the shattering experiences of those keepers who lived and worked on the site during fearsome, pounding storms. Back in the day, once you were on the rock, there was no way off save by boat, and with no way to call for help, keepers had no choice except to ride the storms out. Some did pay the ultimate price — death — to keep the beacon burning.

These days, common murres and sea lions are the only known residents of the lighthouse.

“The sea lions have taken over,” Ratty said.

Is the lighthouse haunted? someone from the book group wanted to know.