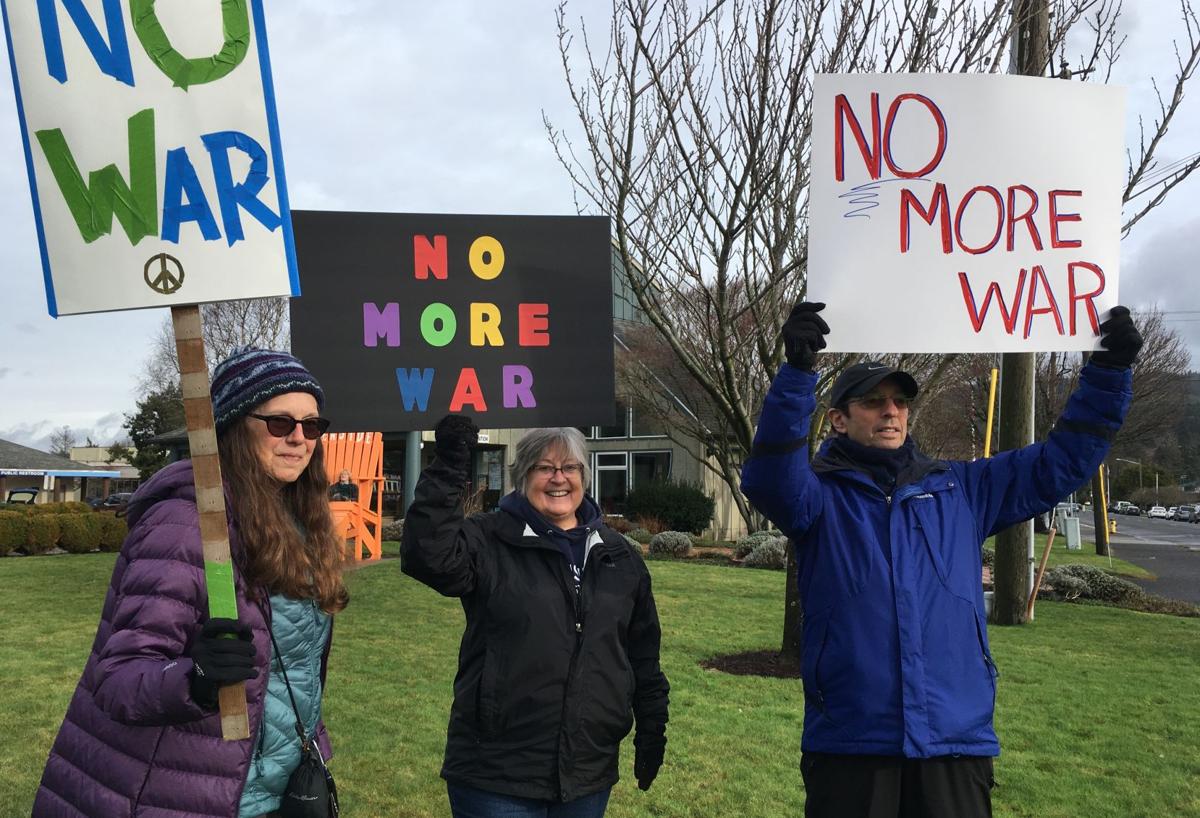 Joyce Hunt, Kathleen MacDonald and Eric Halperin at the “No War With Iran” rally last week in Seaside. 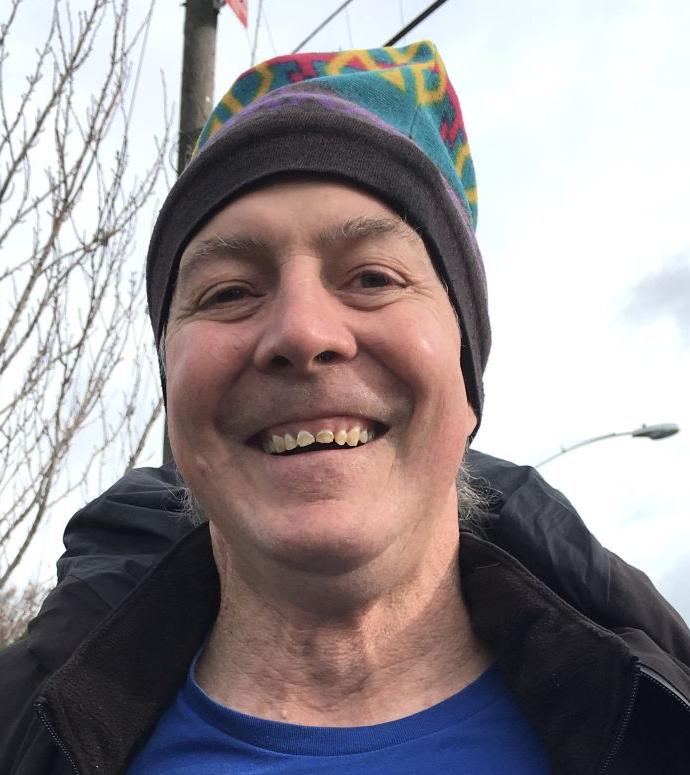 Mark Rolofson organized the “No War With Iran” rally. He anticipates seeing a resurgence of interest in anti war movements.

Joyce Hunt, Kathleen MacDonald and Eric Halperin at the “No War With Iran” rally last week in Seaside.

Mark Rolofson organized the “No War With Iran” rally. He anticipates seeing a resurgence of interest in anti war movements.

During a break from days of sideways rain, about 30 people gathered in Seaside last Thursday at 1 p.m. to protest American involvement with a possible war with Iran.

The “No War With Iran” rally took place in conjunction with similar rallies being held at the same time across the country, including several in Oregon. Mark Rolofson was the local organizer.

“I was happy to see how many people showed up on such short notice,” Rolofson said.

“There were great people at today’s rally and lots of good energy. It was a learning experience for me, but not difficult to organize. Bigger events with guest speakers would be much more work.“

Rolofson said the Trump administration seems to be “striking out.”

“They’re lying the American public into yet another war,” he said. “They’ve been unable to successfully create a false flag, like weapons of mass destruction. Unfortunately, mainstream media continues to push war propaganda to manufacture consent.”

For an hour, antiwar protesters took over the east corner of Broadway and Highway 101. While some were directly contacted by Rolofson, most said they learned about the rally through a courtesy posting on the Facebook page Indivisible North Coast. The rally was not hosted by INCO, but they posted the information and the time and location.

The Seaside rally was cross-posted by the organizations Code Pink and MoveOn.org. Code Pink is an internationally active NGO that describes itself as a grassroots peace and social justice movement. Code Pink has taken action on issues such as drones, Guantanamo Bay prison, Palestinian statehood, the Iran nuclear deal, Saudi Arabia, and Women Cross DMZ.

“We live in the age of information and some excellent independent journalism can be found on The Grayzone, The Real News Network, Counterpunch, The Nation, Consortium News, Truthdig, World Socialist Website, RT and more,” Rolofson said.

He anticipates seeing a resurgence of interest in antiwar movements.

Seasiders Joyce Hunt and Kathleen MacDonald were among the protesters.

“I came because I want to make sure my voice is heard,” MacDonald said. “No war with Iran. We can’t afford it. We don’t want to send our troops to the Middle East.” Hunt said she was motivated to come out because “It wasn’t raining for a few minutes.”

Bruce Johnston, another Seasider, found out about the rally through Indivisible North Coast. Protesting the possibility of war with Iran he said is, “The right thing to do.”

Aside from a singularly unpleasant blast of biodiesel fuel from a passing driver who evidently didn’t share the anti-war sentiment, the general feeling among the protesters was there was more positivity coming from those driving past than negativity.

“Definitely more positive horn toots and thumbs up than people giving us the finger,” one protester commented.