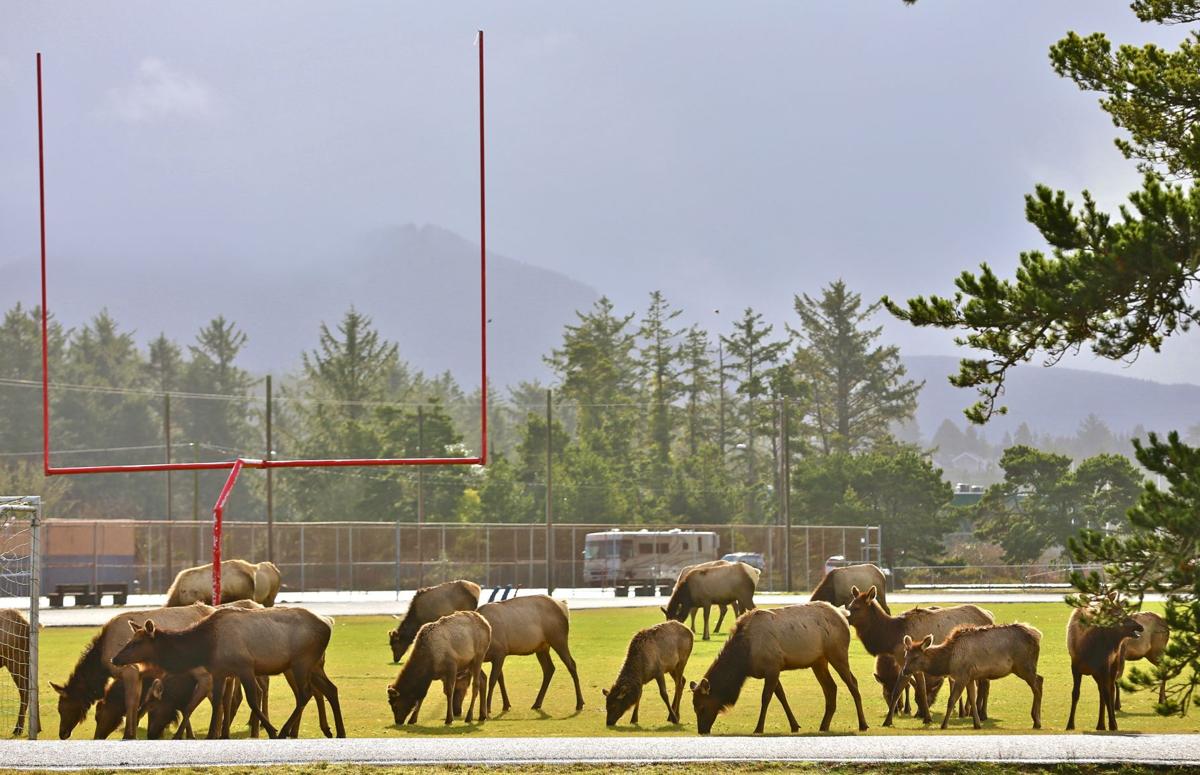 Looking to make a goal, an elk herd spends time munching the grass near the goal post at Seaside High School Jan. 31. 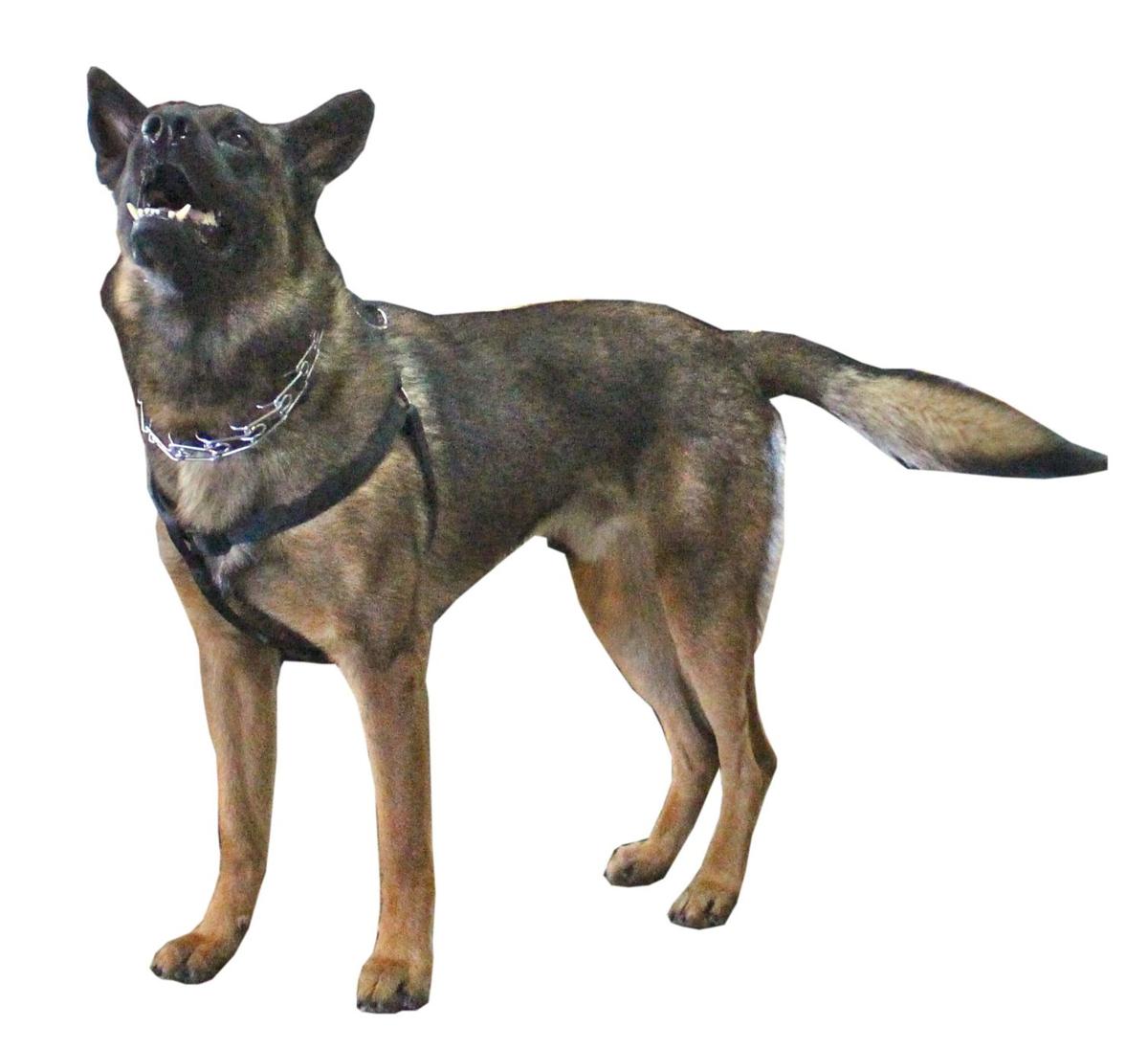 Looking to make a goal, an elk herd spends time munching the grass near the goal post at Seaside High School Jan. 31.

Being the news junkie that I am, at the beginning of every January, I can’t help but wonder what the biggest news stories of the upcoming year will be.

Unfortunately, most all of the national and international stories topping the list at year’s end are bad news: natural disasters, wars, serial murders, plane crashes and celebrities gone awry.

Even in our own region, the top stories in Cannon Beach and Seaside were bad news.

In Cannon Beach, taking top spot was the murder of a 2-year-old girl and the attempted murder of her 13-year-old sister, allegedly by their mother.

Two forest fires in Arch Cape; sea star wasting disease at Haystack Rock; the pursuit and denial of a charter for the Cannon Beach Academy; and the deaths of some well-known residents, including Cannon Beach Book Co. owner Val Ryan, also were among those stories on the list.

In Seaside, the recent death of another 2-year-old girl and an accident last spring when a family nearly drowned after their car went off a boat ramp and into the Necanicum River headed the “top story” list.

Other stories include an effort to recall Gearhart Mayor Dianne Widdop, a controversial adolescent sexuality conference and the inundation of anchovies onto the banks of the Necanicum River.

But there were happier stories, too.

• The South County Community Food Bank successfully found a new location; a celebration and open house will occur soon. This was a story about the cooperation between the Seaside School District, which gave away two portable buildings from the former Cannon Beach Elementary School; the city of Cannon Beach; and the Seaside pantry officials to create a permanent location for the pantry.

• A few months later, the Cannon Beach Food Pantry found itself in the same position: It had to move from its present location. Once again, the school district and Cannon Beach officials helped out, and the Cannon Beach pantry is busy remodeling another portable building at the former school site and will move in soon.

• While the retirement and departure of former Seaside Police Chief Bob Gross was a sad occasion for many, the city made an easy transition by promoting Seaside police Lt. Dave Ham, who has been with the department since 1995.

• The city of Seaside is anticipating other changes in the future, with a 20-year “visioning” campaign completed and the purchase of a former church building that could become another event space.

• Cannon Beach’s Sandcastle Contest celebrated its 50th anniversary. Or was it the 50th? There may be more to this story in 2015....

But there are stories that resonate personally with me that wouldn’t necessarily make the Top 10 list or any list for that matter:

• The invasion of elk in Gearhart and Seaside. Photos emailed to me by business owner Jeff Ter Har; nature photographer Neal Maine; and, especially, Gearhart administrative assistant and treasurer Gail Como generated more than 30,000 hits from all over the world on the Seaside Signal Facebook page.

• Cash, the would-be K-9 officer in Cannon Beach, got fired. It was a small story that captured the interest and imagination of news outlets across the country.

• It wouldn’t make anyone’s list of top news stories, but when Cannon Beach reporter Erick Bengel decided to accompany City Planner Mark Barnes on a bicycle ride from Seaside to Cannon Beach, I also had to take the trip — by car — to take photos. I didn’t know whether to laugh at Erick’s attempts to climb the Canon Beach hill or worry that the 25-pound backpack he was carrying would finish him off.

Then there are experiences that aren’t stories but are pretty memorable for me, anyway:

• My first visit to the Seaside Jazz Festival allowed me to listen to wonderful music and watch dancers get into the “beat.”

• I appreciated the sense of peace and true connection felt throughout the room during the “Welcome Home Salmon” celebration in Cannon Beach.

• There was the thrill when the Seaside Signal staff was awarded the Seaside Chamber of Commerce’s “Business of the Year” award.

• I very much enjoyed the enthusiastic performance of “Grease” put on by Seaside High School students last spring. There are truly talented youth — and instructors — on the North Coast.

• It was fun to be part of the camaraderie among friends at the Seaside Downtown Development Association and Seaside Chamber of Commerce morning breakfasts throughout the year. If you want to know what’s going on in the South County, that’s where to go.

Every day we are on the lookout for news, seeking stories that intrigue, entertain, inform and inspire. Then there are the stories that take us by surprise, that overwhelm us, disappoint, alarm and bring us to despair.

Sometimes we become so inundated with the news and with deadlines that we don’t have time to pause and take a look back. I guess that’s what the turn of the calendar page on Dec. 31 enables us to do.

We reflect on the past year, take a deep breath and plunge into the next year, ready to explore what comes next.

Nancy McCarthy covers South County for The Daily Astorian and is the editor of the Cannon Beach Gazette and the Seaside Signal. Her column appears every two weeks.