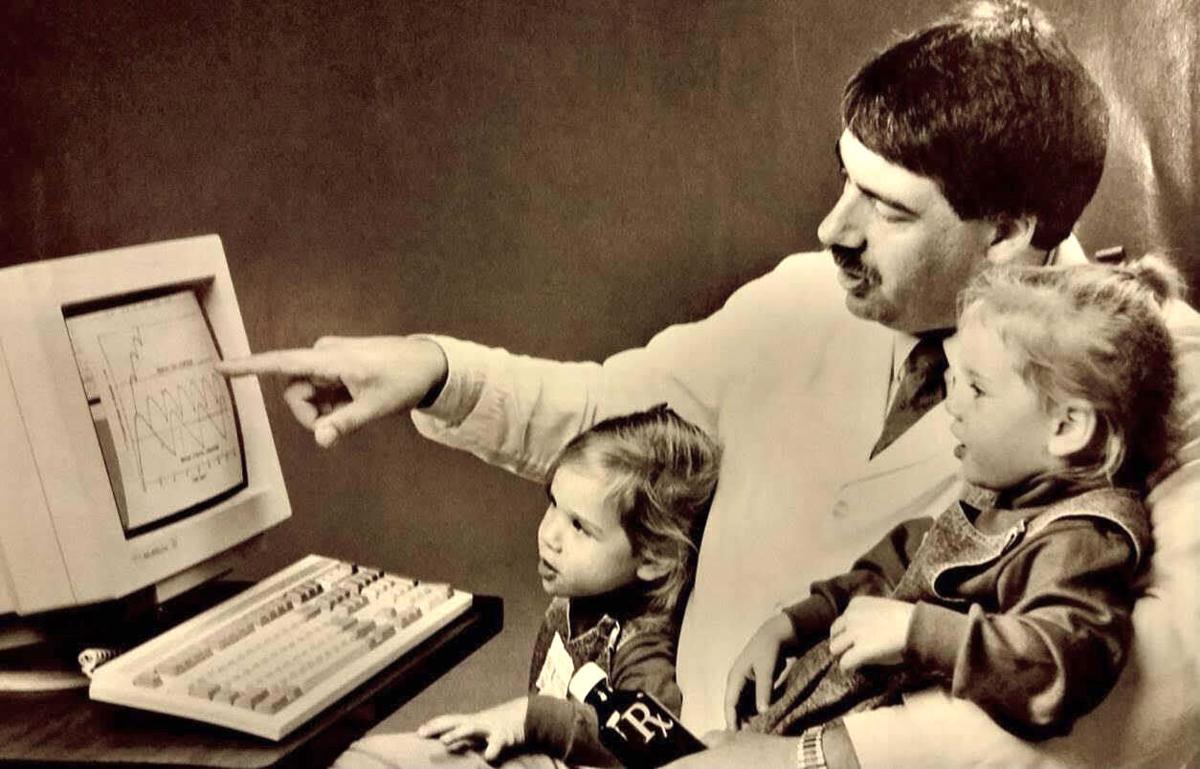 Lynn Archibald, my father, taken for a marketing purpose when he worked at a hospital in Tacoma. The two children in the picture are my sisters, Jenna and Brenna Archibald. 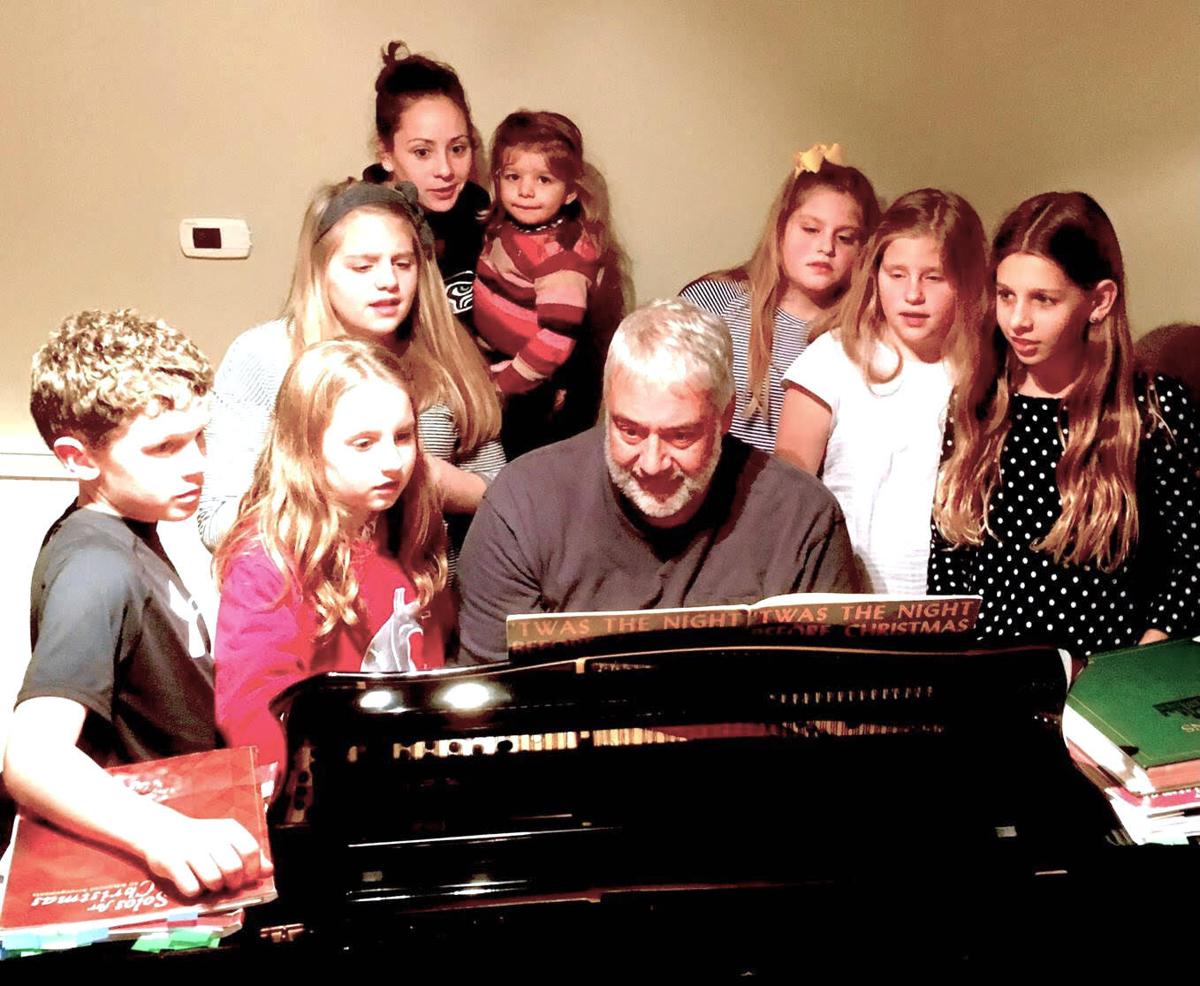 Lynn Archibald, my father, taken for a marketing purpose when he worked at a hospital in Tacoma. The two children in the picture are my sisters, Jenna and Brenna Archibald.

With all that is happening in the world, it’s easy to feel overwhelmed with frustration and despair. The past seven months have been tumultuous for so many of us and produced uncertainty and even chaos.

In November my father, Lynn Archibald, will retire after a 37-year career as a pharmacist. He is one of my heroes and he’s had a profound influence on my life and character.

My father has worked for the past few years at our amazing Providence Hospital, but his career has included stops at Columbia Memorial Hospital and the famed Holladay Drug in Seaside. His time on the North Coast was preceded by service at the Mary Bridge Children’s Hospital in Tacoma, Washington, where he oversaw pharmacy services and the neonatal intensive care unit at Tacoma General Hospital.

He has had a wonderful career, full of accomplishments and dedication. More impressive to me is the way he has rendered his service, leaving a legacy of compassion, aptitude and a sprinkle of humor in the many interactions and relationships he has formed with coworkers and patients along his journey.

He’s also in many ways an enigma to those that know him. I don’t know any person who is meeker in regards to his accomplishments and capabilities.

For nearly his entire life, he has demonstrated strong musical talent that he only shares with some prodding. He began his education with designs to pursue music as a career and studied music therapy for a time. After an adjustment to pharmacy he continued to delight those that had the privilege of hearing him with his piano, violin and vocal skills. He devotes some of his free time to teaching piano and my daughter is one of his students, much to my delight.

If industriousness was a genetic quality, I wish he had passed it on to me. My father graduated from the University of Washington pharmacy school when he had four children (two more to come) and worked multiple jobs throughout his education and career. When we moved here, he would augment his jobs at hospitals with retail shifts at Rite Aid, Costco, and a pharmacy in Long Beach.

Despite most days not ending before 6 p.m., I never recall him missing a game, performance or other important event in my life or any of my siblings. How he balanced the responsibilities of his life — provider, father of six children, volunteer — is beyond me.

For a good portion of my childhood, he worked at Holladay Drug in Seaside, which closed in 2011. The old store sat where Beach Books now resides and for a short time the drugstore moved across the intersection to where Ace Hardware sits currently. I can recall visiting him often during his workday, often on my bike or rollerblades and sitting at the old-fashioned counter where you could order a milkshake for a price that would blow your mind today. Years later, I’ve continued to try to visit him during his day, now at Providence Hospital, although I haven’t tried their milkshakes.

But more importantly than the career he landed on, to me at least, is the impact he’s had on me. His compassion, tenderness, listening and civility are characteristics that I wish I could have more of. Throughout my life, he has displayed a willingness to continue learning, changing and becoming a better version of himself each day.

After his father died of cancer in the early 1990s my parents — after careful thought — moved to the Oregon Coast. Their choice was based on a desire to raise their family here, in a small town, with people they could get to know, and their children could grow with. They’ve stayed true to that course and our family gatherings now include all six of their children and 15 grandchildren (with one on the way).

I’m incredibly thankful that I’ve had the opportunity to live here and be close to my father for the past six years. Our time now is different than it was when I was a kid. We aren’t driving home from a basketball game or working on algebra at the table. But the moments we have together are important and precious to me.