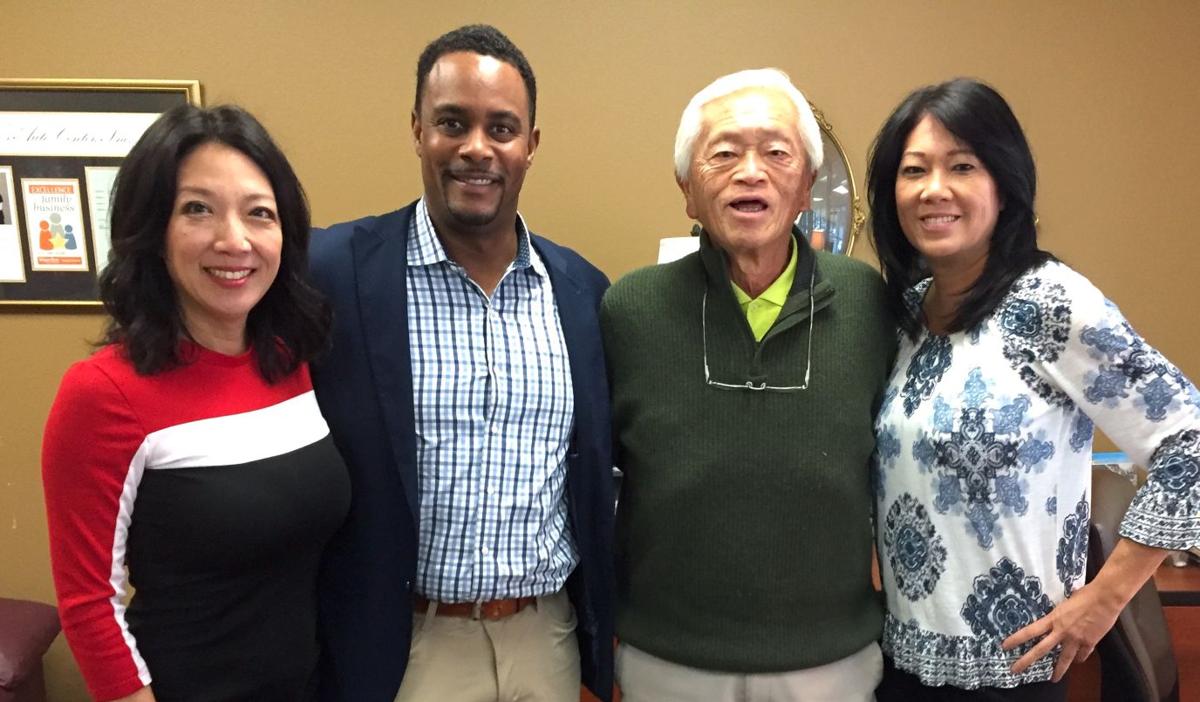 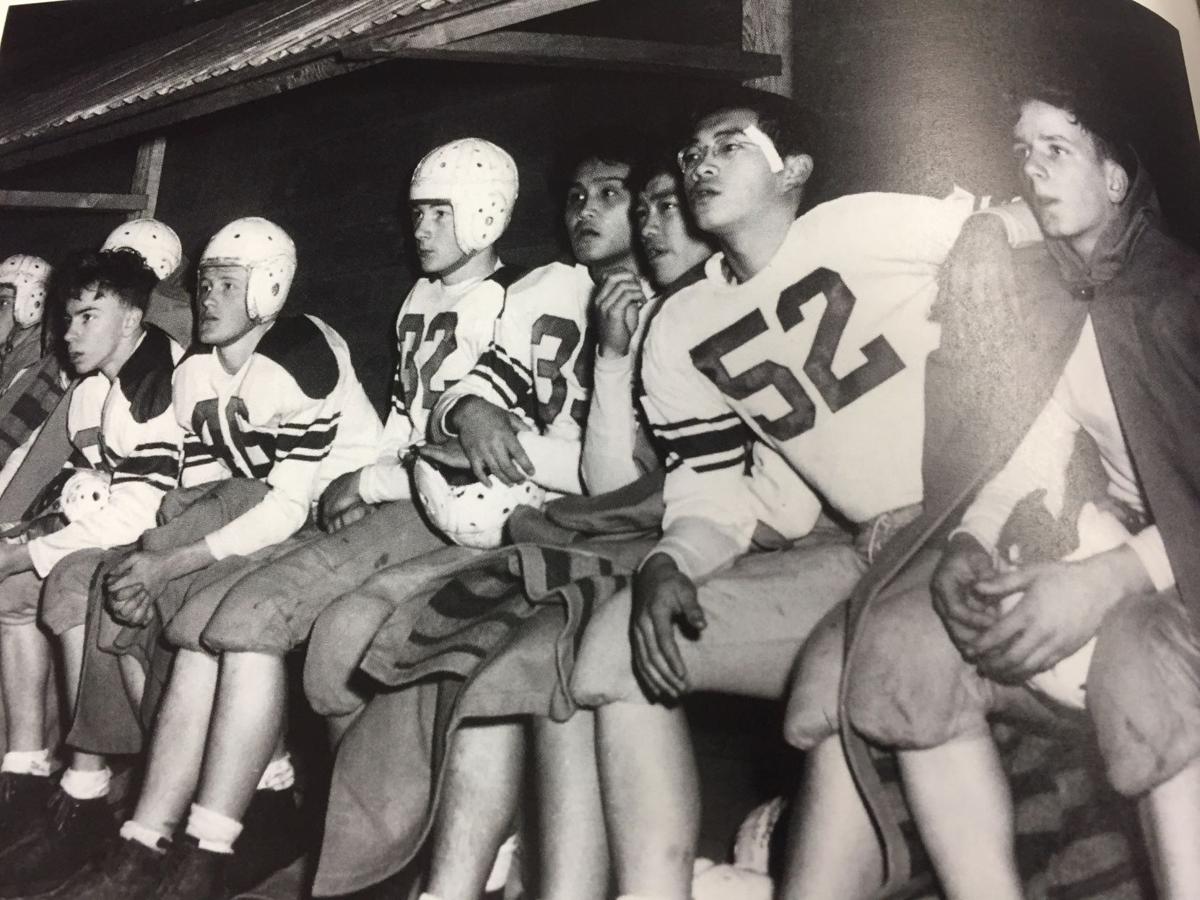 David Lum, second from right, playing football for Astoria in 1951. 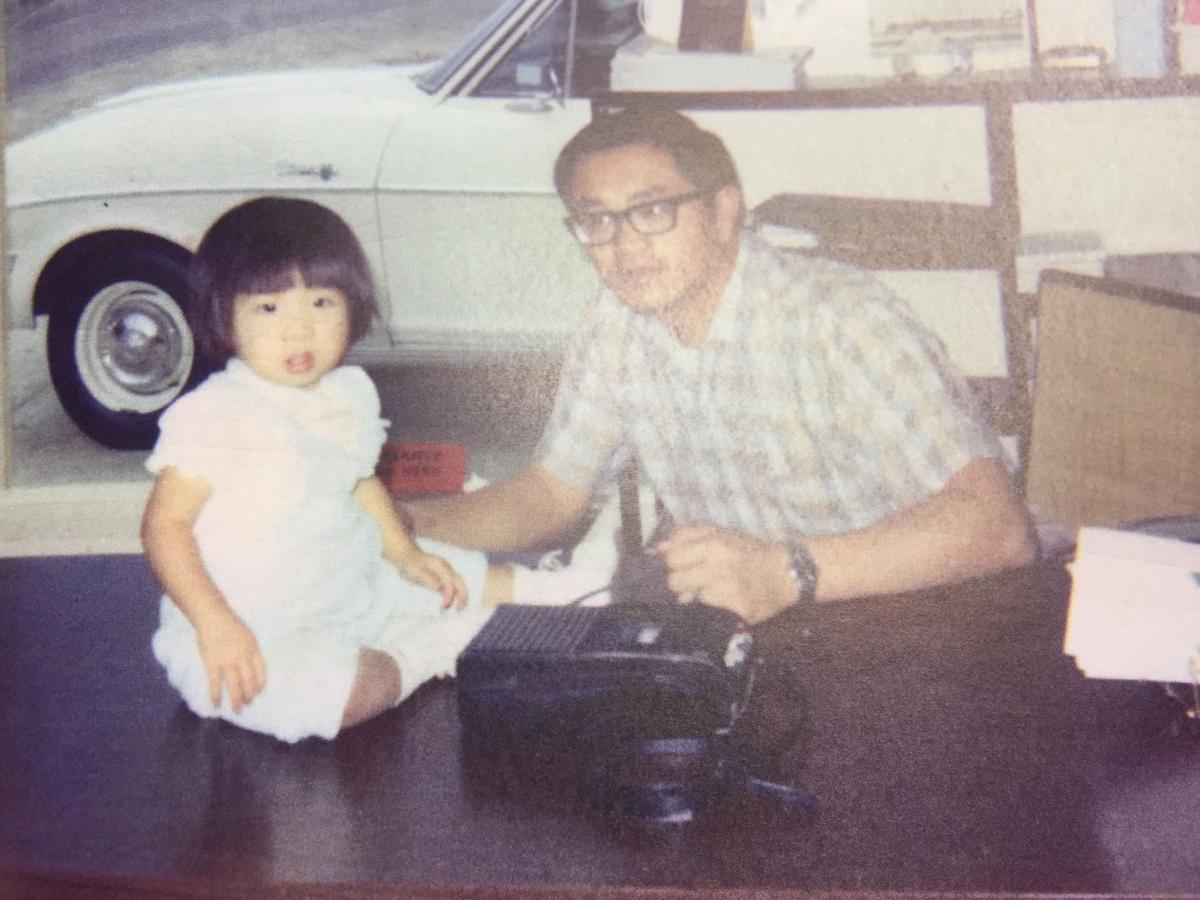 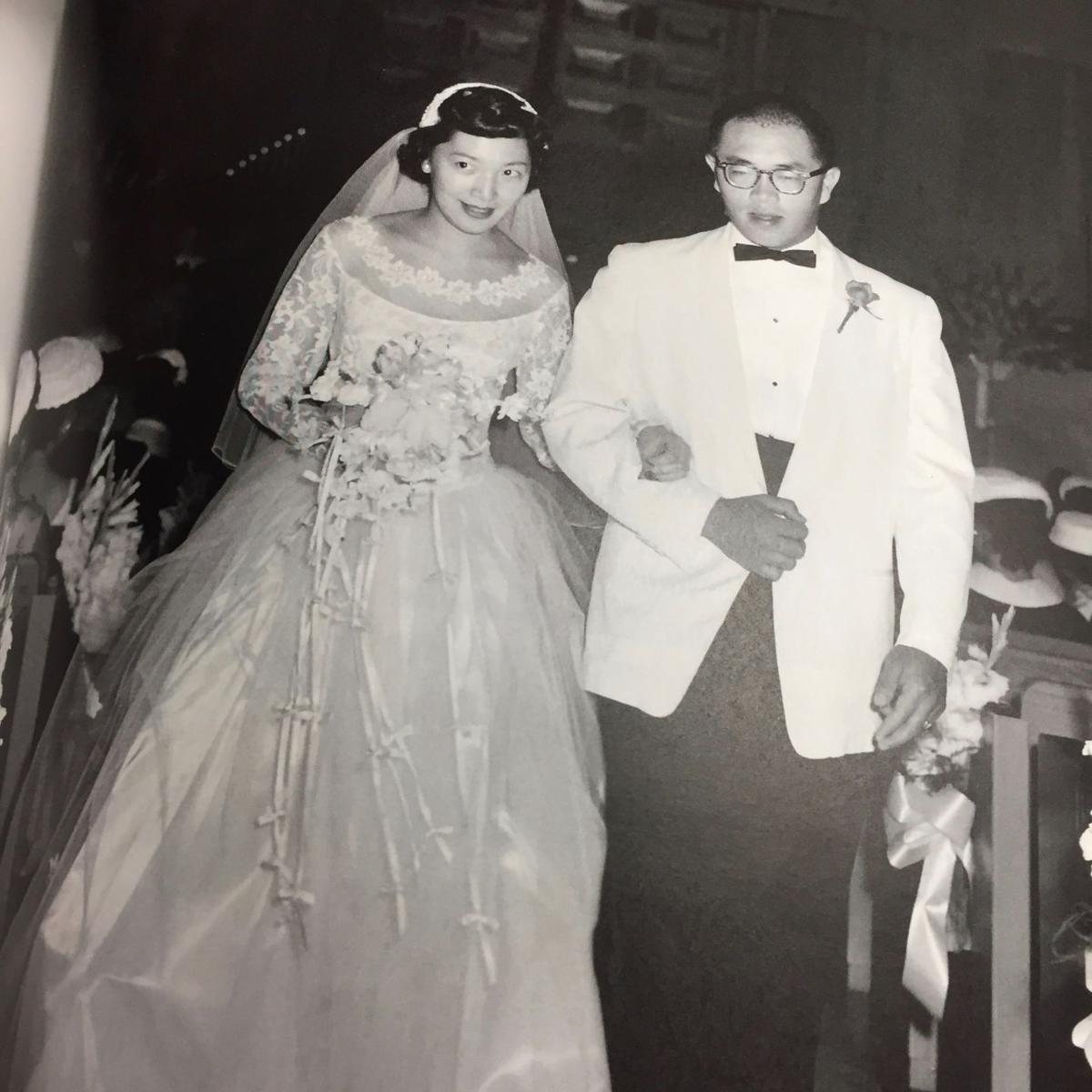 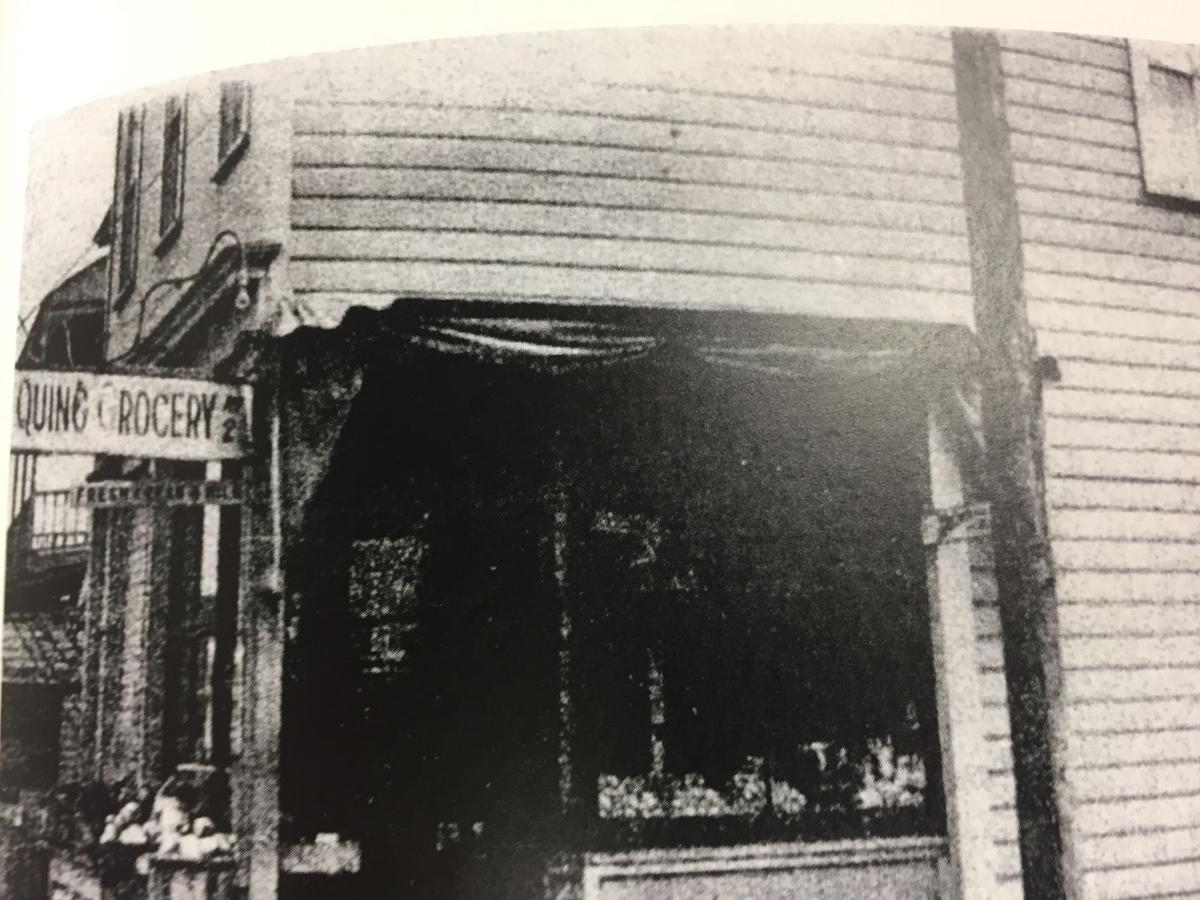 The former Lum-Quing Grocery in Astoria.

David Lum, second from right, playing football for Astoria in 1951.

The former Lum-Quing Grocery in Astoria.

David Lum of Lum’s Auto Center is the co-founder of one of the region’s pre-eminent businesses. Lum’s is celebrating its 50th anniversary this year. We spoke with Lum at his office above the showroom in Warrenton.

Q: Where were you born?

Q: How did your family get here?

All the Chinese in this area came from the “Supreme Province,” the province of Canton. Now they’ve changed the name to Guangdong.

When they built the railroad and they were done, then the Chinese either went home back to China and were looking for jobs out here.

They were building the jetties, working in the fish canneries. A lot of them went into the gold mines after the railroad, and they migrated to that area. They wouldn’t let them dig for gold, but they did all the grunt work for the goldminers.

Q: How did your father make a living?

Lum: In those days they didn’t have Safeways, Costcos.

My father had an uncle who owned a little grocery store in Astoria, Lum-Quing Grocery. We had a couple of grocery stores, one on Sixth and Bond, for close to 70, 80 years. It’s called Chinatown because most of the Chinese lived in the area.

Q: How did your mother come into the picture?

In those days, it was prohibited for Chinese to marry anyone but Chinese. My father wanted children, and he was introduced to her by other Chinese.

My mother married my father when she was 15 and he was in his 40s.

Four or five years later, he had a stroke. He was bedridden for 10, 11 years.

Lum: My brother came home. He ran the grocery store.

Q: So you had an All-American childhood in Astoria?

Lum: Yup. I was here from ’33 to the early ’50s. My mother became a pillar of the First Baptist Church. She learned how to read and write from the congregation. They taught her to read the Bible.

Q: I heard you were a football star.

We were in the state finals when there were just A and B divisions. Anything under 100 students-and-under was a B school. We had about 300 or 400 kids in Astoria. We played Central Catholic, Portland schools, David Douglass.

Our starting quarterback went on to Stanford. He played in the pros. We had an All-American halfback, Dick Pavlat, who was the front cover of Parade Magazine in 1953.

A guy named Jerry Gustafson went on to play with the 49ers and the B.C. Lions.

Lum: God bless I was born in America.

It’s the relationship you have with your classmates and your teachers. The teachers wanted me to learn. I was kind of the underdog.

I was taught to be very respectful. Everyone was “Mr.” or “Mrs.”

I had people help me who didn’t even know me very well.

I have to be more blunt than this. I was Chinese, I was different, I was thrown into white society, one of the few. There were a few Chinese kids, but mainly we were a minority.

My big thing was to have people like me. I was very respectful to the elders. We’d avoid fights. My folks taught us life’s too valuable. I may not agree with you, but I’ll listen to you.

Q: What were you next steps after high school?

Lum: I went on to Linfield College.

I became only the second Chinese teacher in the state of Oregon. There was one elementary teacher who got a job before I did. She’s still alive. She’s 93.

Q: Tell me about your teaching years.

Lum: I taught at a high school in Echo, Oregon, near Pendleton. My first job was $3,750 a year. I knew I wanted children. I knew we could maybe have one (on my salary). If my wife worked, we could just make it.

Q: So you left teaching in order to raise a family?

Lum: I became a busboy. I was a waiter, a bartender, sold insurance.

Q: How did you make the jump to auto sales?

Lum: Roger Riutta owned a little gas station and we were buddies in high school. He had a partner, Tom Utti. The three of us got together and we started building up. I was 35, Tommy was 25.

Q: What year was that?

Q: In the Warrenton location?

Lum: We’ve only had this 10 years. We started right where the grocery store was on Sixth and Bond.

Q: You sold Toyota vehicles only?

When Roger died, we bought his wife out.

Q: Were you a natural salesman? Were you prepared?

Lum: I was not prepared for anything. But teaching helped.

At first I have to admit everybody gets in business for money, you do almost anything, except cheat people. After awhile it isn’t about money, it’s about what you want to do for society. You care for other people.

Q: How did you develop your sales technique?

Q: Were you successful from the start?

I think they caught on that we were willing to give back a fair share. Our goal was to be here forever, to build for our children and their children, not for profits, but opportunities.

During the ’70s, Toyotas were becoming popular. The whole atmosphere changed.

Q: Tell me about your family.

Q: How often do you come into the office?

Lum: Five days. Every day. That’s because I’ve got a bathroom with a shower. Very nice.

Q: Any regrets over the years?

Lum: I used to be sad that I was not born white and that I was born in Astoria. I used to cry, “How come I look different? I’m Chinese, I’ve got slant eyes.”

There’s been a lot of negative things that happened in my life. Not everything’s rosy. When I was 12 years old, my dad died.

I use a softer term than discrimination — we were suppressed. We were held back a little bit. In spite of that, if you look at the opportunities in America, it’s wide open.

Lum: I value all my friendships. Every time I see somebody that’s gone through my life, I always say — and I really mean it — “I’m sure glad you came into my life.” I’m so thankful because everybody’s just been super kind, super nice. The big turn-on for me is helping other people.