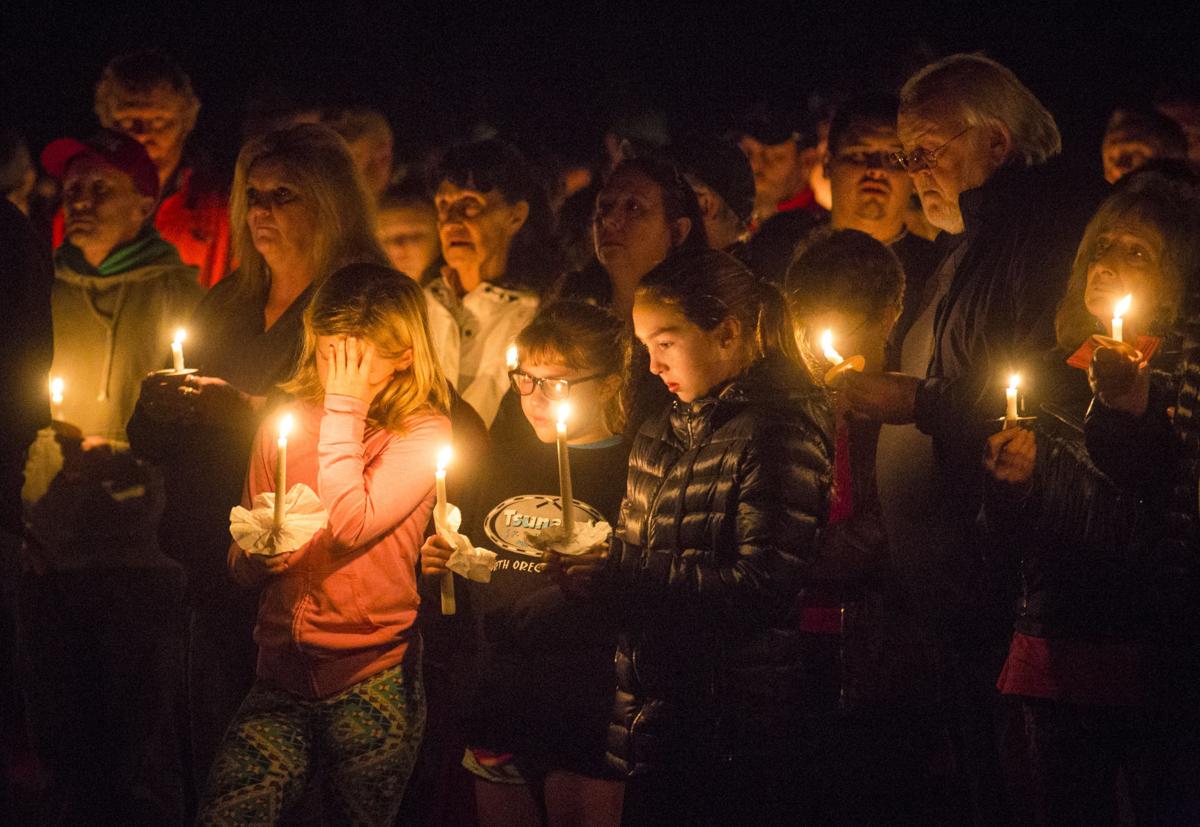 Community members hold candles as they gather to remember and honor fallen officer Jason Goodding at Broadway Field in Seaside on Feb. 7. 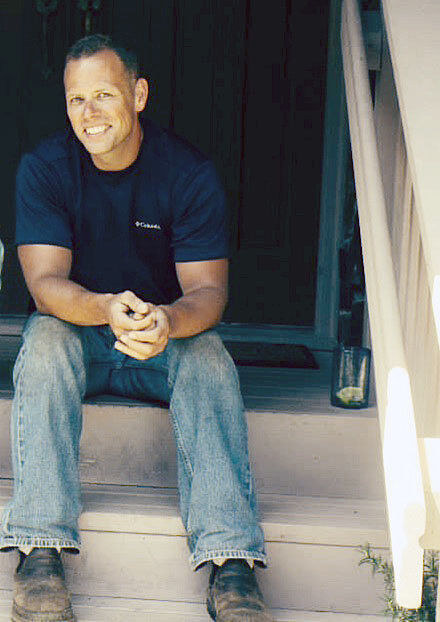 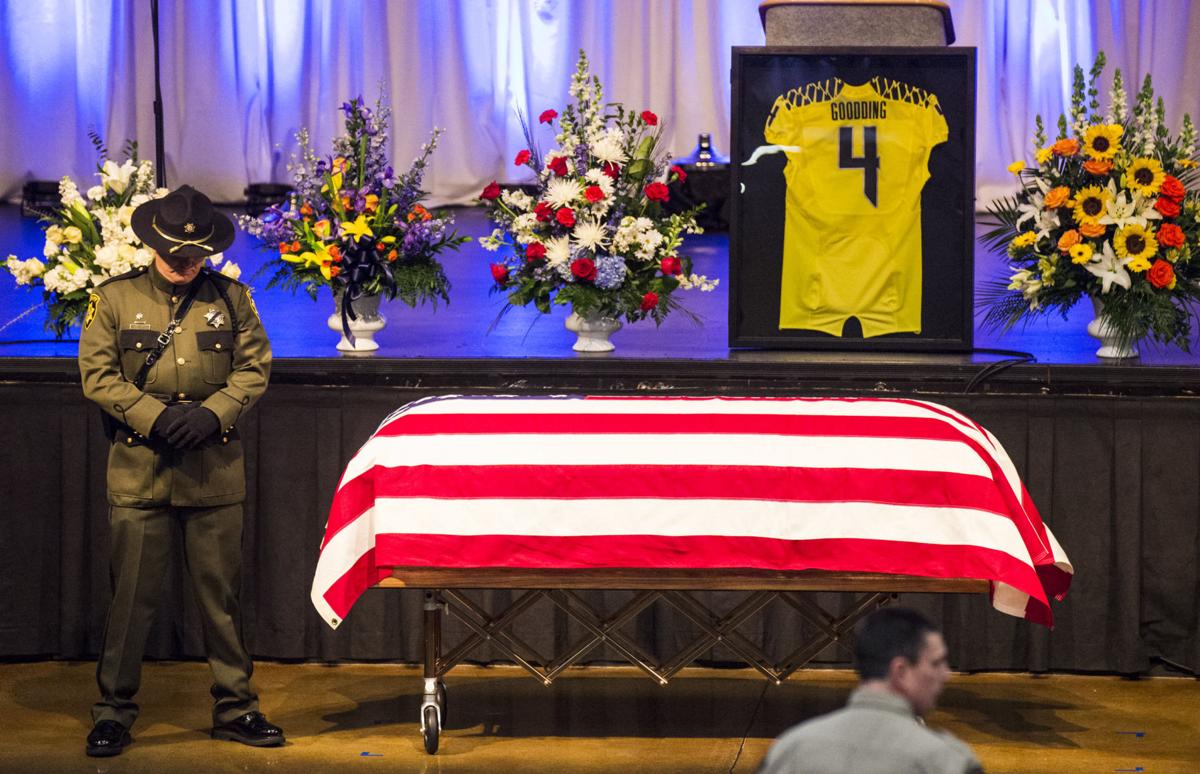 Community members hold candles as they gather to remember and honor fallen officer Jason Goodding at Broadway Field in Seaside on Feb. 7.

SEASIDE — I loved this line best, from a remembrance of Sgt. Jason Goodding: “He didn’t just respond to a burglary call, he stayed until the homeowner felt safe.”

And as we learned from his friends, fellow officers and family members who joined in the salute, Goodding responded to everyone with compassion, working with local shelters and social service groups to help get the homeless or mentally ill off the streets.

In recollection after recollection of their fallen partner, fellow officers found him an inspiration and a friend.

“I have benefited greatly from your gifts,” Seaside Police Sgt. Gary Welborn said at last Friday’s service at the Seaside Civic and Convention Center, a gathering that brought thousands together in tribute. “Your presence will be missed greatly. Your bravery in the face of danger represents the true definition and personification of heroism.”

In our own backyard, the grief stings in an overwhelming and personal way.

“It’s going to be awhile before the community heals,” the Rev. Rob E. Sachs, pastor for the Seaside Police Department and Seaside Fire Department said last week. “And sadly, we’re no different than Roseburg right now.”

The comparison was potent and dead-on. Roseburg, where eight students and a professor were shot dead in a college shooting, has become a symbol of the needless carnage inflicted upon the innocent.

The death of Phillip Max Ferry

Probably the most controversial aspect for us at the newspaper was coverage of Goodiding’s alleged killer. Phillip Max Ferry, 55, was a longtime county resident when he wasn’t incarcerated. Ferry was well-known — for criminality, addictions and demons.

“Let’s not talk about that now,” a public official said when we first asked about Ferry.

Yet Ferry was a father and a husband. He was somebody’s child.

One of the most poignant notes to pass our desk read: “Did it ever cross your mind that he too has a family that is hurting from the whole thing?”

The note continued: “He too has people right here in this judgmental county.”

The letter writer is right.

Ferry didn’t become a monster overnight. He was mercilessly addicted to drugs. He was desperately in need of mental health and rehabilitation services — or perhaps a more lasting jail term. According to the Oregon Department of Corrections, his parole officer had lost touch with him. Since 2014, Ferry devised homemade explosives, harassed neighbors, spit at police officers, even ripped off a member of a biker gang in a gun deal.

For Ferry, so much had gone wrong: the mental health system, prison system, help for the homeless, social services.

Mark Terranova, the executive director of Restoration House in Seaside, where Ferry had been provided housing after his last prison release 14 months ago, lamented: “When it becomes a situation where all the wraparound systems fail, then we can’t have him or anyone like that living here.”

But these are questions we need to know: Why wasn’t Ferry in jail, or a hospital? Is it a result of a revolving-door justice system, or a failure of our prisons to rehabilitate? How does a lifelong criminal pile up an arsenal? We have “clean and sober” services like Restoration House and Helping Hands Reentry Outreach Center for the homeless, but what are we doing for a much more at-risk population of homeless substance abusers and mentally ill? The risk is not only to themselves, but to all of us who share this city.

Social services, it seems, were in the hands of Jason Goodding and his partner that night in Seaside.

Amy Jones was the homecoming queen and Jason Goodding was the football star. That was the message that resonated, from the football and basketball jerseys and the video tribute focusing on Jason’s life.

It was ironic, or maybe not so, that this was Valentine’s Day weekend. Amy Goodding did not need to speak at the memorial: Her tears and those of her family spoke volumes.

The image I will remember finally from the memorial was that of Gov. Kate Brown, kneeling before the widow as she presented the Medal of Ultimate Sacrifice, given to Oregon officers who have lost their lives in the line of duty. The medal, established in 2012, has been presented six times since.

The cycle of violence is spinning out of control.

Last week six U.S. police officers were shot in the line of duty. Derek Geer, 40, in Mesa County, Colorado, after being shot by a teenager. Two deputies, Mark Logsdon and Patrick Dailey, died responding to a shopping center disturbance in Abingdon, Maryland. Greg Barney, a Clayton County, Georgia, officer was shot and killed while he and other officers were attempting to serve a drug warrant.

In Fargo, North Dakota, Officer Jason Moszer responded to a domestic disturbance with other officers, and was shot. He died the next day.

Early this week Cpl. Derrick Couch was in critical condition at Regional One Health in Memphis, Tennessee, after a point-blank shooting in the face. He is on a ventilator, has lost one eye and the bullet remains lodged in his brain.

After the pomp and the bagpipers and the out-of-towners are gone, life will go on for those officers on the beat in Seaside.

“Every piece of evidence, every witness, leads us to the same conclusion — that Phillip Ferry, with a long history of resisting arrests and assault on police officers, was given every opportunity to surrender peaceably to uniformed officers,” investigators said Tuesday. “He not only refused but made statements that now seem to indicate that he intended to do worse.”

In the police log posted by the Seaside Police Department this week, officers conducted two warrant arrests early Sunday morning on Broadway, not so unlike the one confronting Sgt. Goodding and his partner. Another took place the same day a little before midnight. Warrant arrests are considered by law enforcement officials to be among the most dangerous of all stops. Subjects have often had the opportunity to turn themselves in but have chosen not to do so. They have bypassed lawyers and good judgment. They have little incentive to cooperate and may be intoxicated or violent.

Only those who wear a badge know the risk at hand when the call comes in.

The rest of us can only salute.