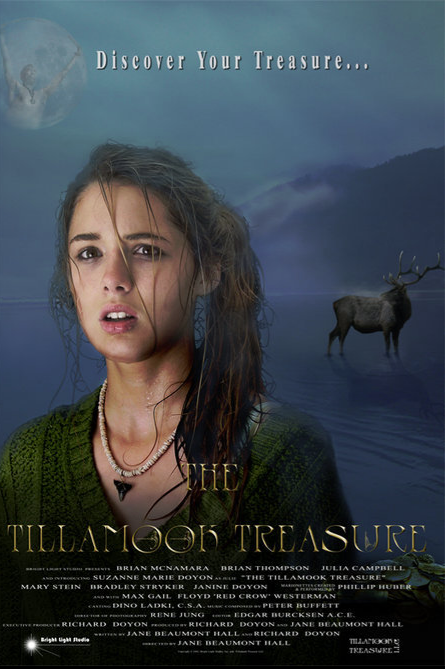 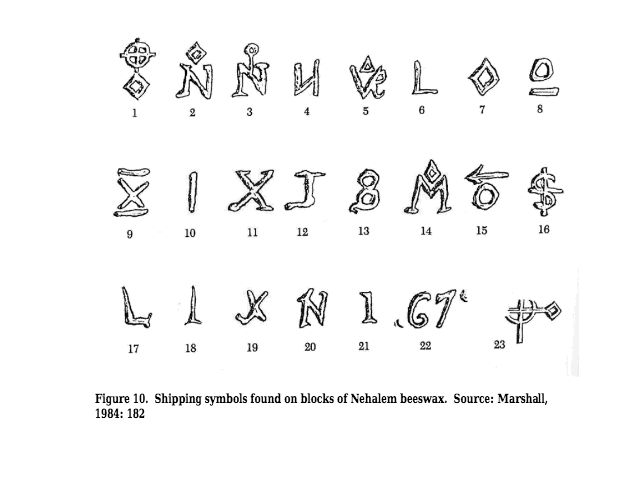 At one point, these Spanish shipping symbols were erroneously identified as mysterious in origin, spurring myths about the wreck of the Beeswax. 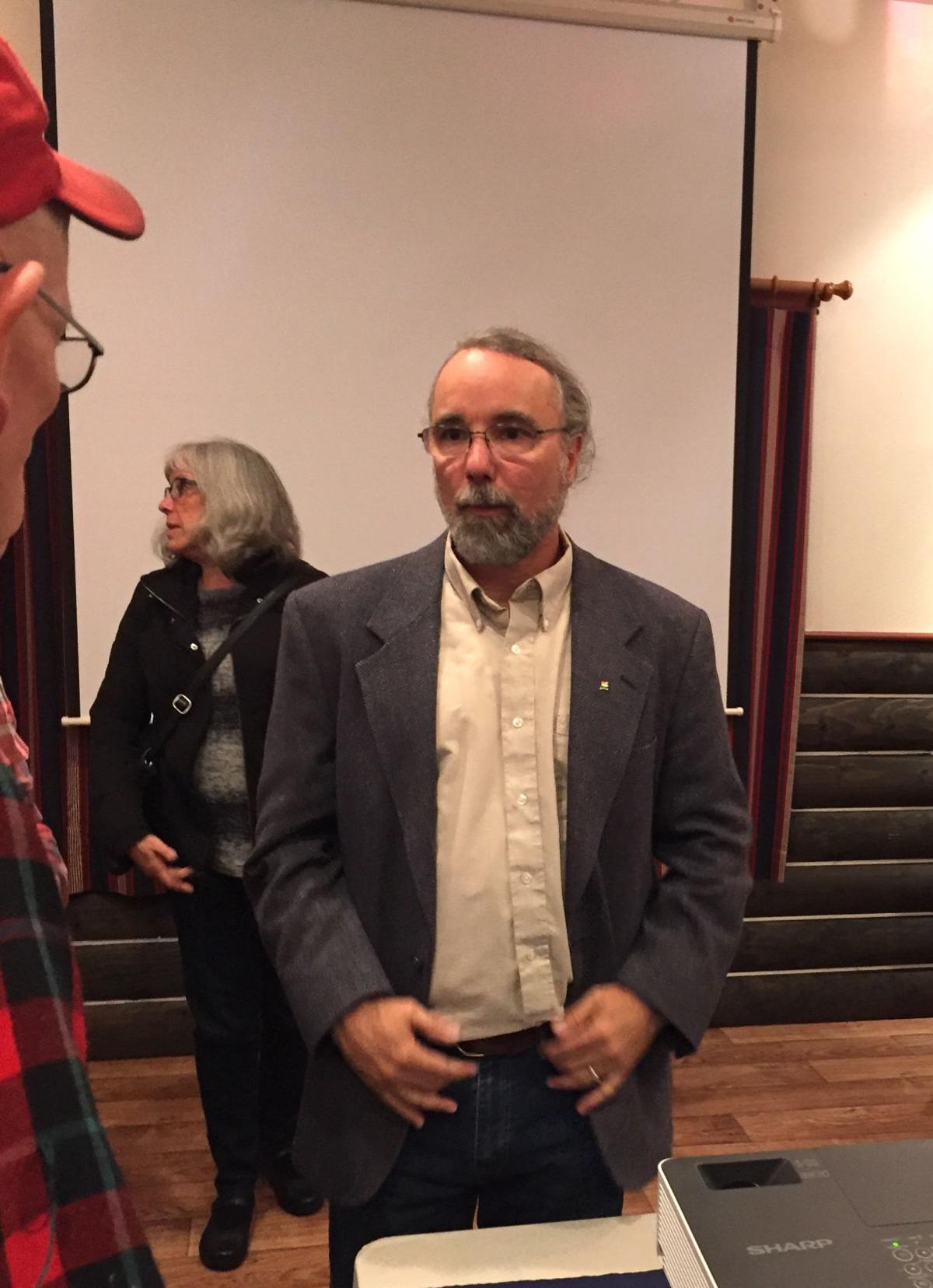 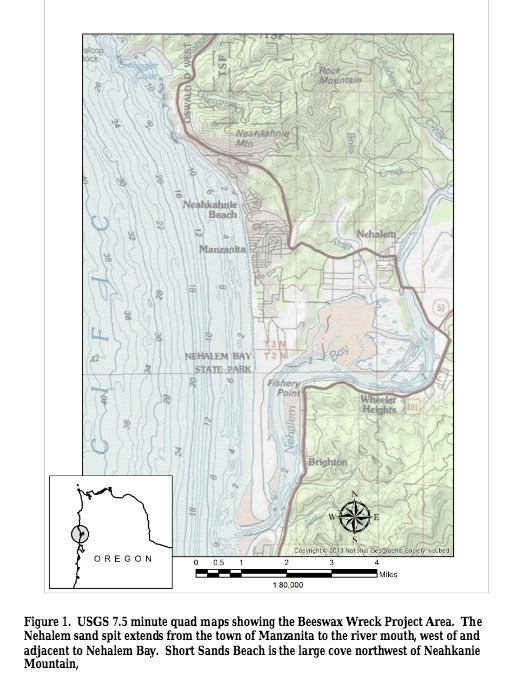 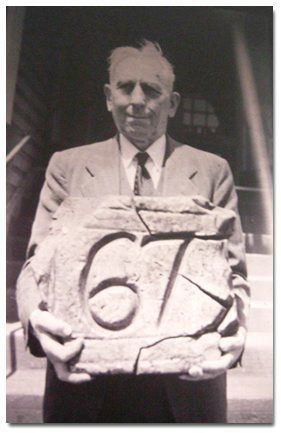 A man holds a largish block of beeswax collected near the site of the Beeswax Wreck at Nehalem in an undated photo. 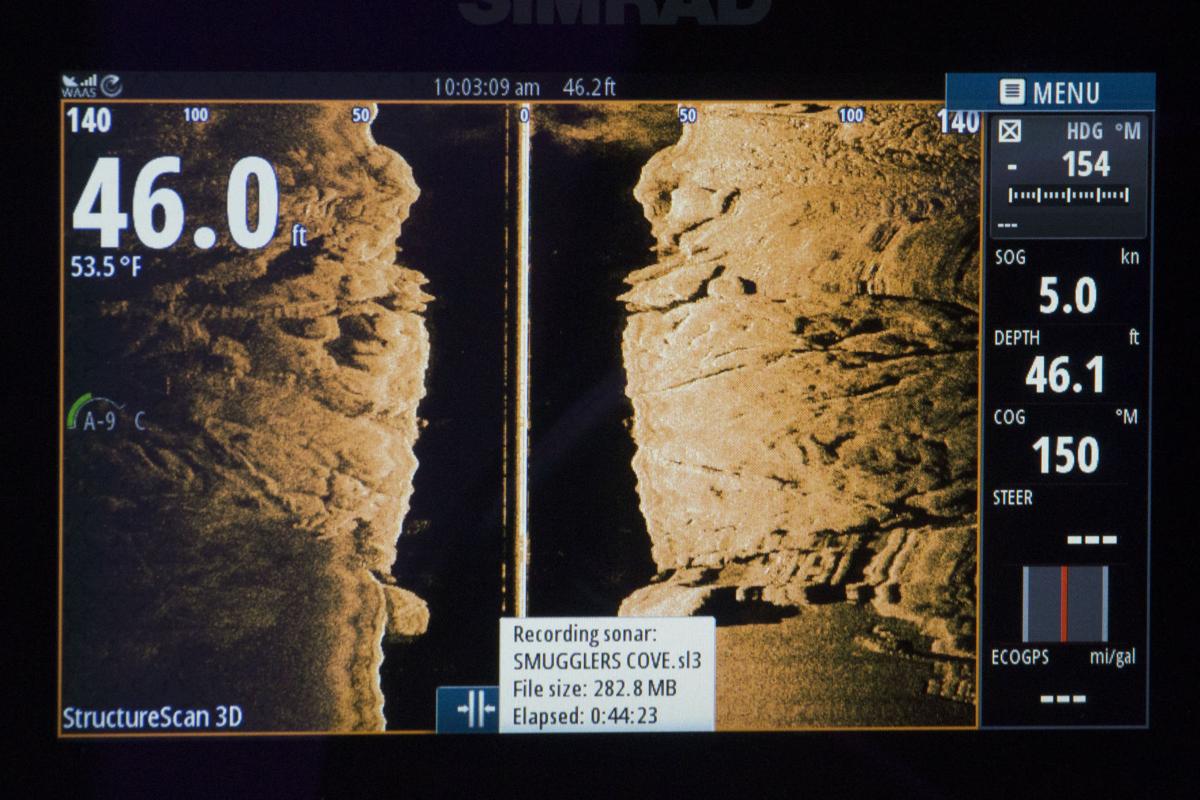 Researchers with the Maritime Archaeological Society used sonar aboard the chartered vessel Sovereign to create underwater 3D topographic models in the search for pieces of shipwreck off Smugglers Cove in Oswald West State Park.

At one point, these Spanish shipping symbols were erroneously identified as mysterious in origin, spurring myths about the wreck of the Beeswax.

A man holds a largish block of beeswax collected near the site of the Beeswax Wreck at Nehalem in an undated photo.

Researchers with the Maritime Archaeological Society used sonar aboard the chartered vessel Sovereign to create underwater 3D topographic models in the search for pieces of shipwreck off Smugglers Cove in Oswald West State Park.

The legends and lore of the Oregon Coast’s mystery of the Beeswax wreck gave way to a new identity, when researchers positively identified the ship as the Manila galleon San Cristo de Burgos.

For almost two centuries, beachcombers, treasure hunters and historians have been both baffled and intrigued by the supply of beeswax, porcelain, teak and other objects of the galleon trade washed onto the North Coast.

Oregon’s shipwreck stories — and the apocryphal “Beeswax” led the way — were filled with hyperbole and imagination, reported Scott Williams, principal investigator for the Beeswax Wreck Project.

Until science and history converged in the past decade or so, the Beeswax shipwreck was catalogued among those where information was gathered, literally, from fiction — for years a 1939 speculative account by William Lytle Schurz has served as leading source material. A 1990s movie,“The Legend of Tillamook’s Gold,” imagines those times — “a great movie,” Williams commented, “but not a lot of truth.”

Past accounts tend to rely on “somebody telling somebody” something, but eluding verification.

This summer, historian Cameron La Follette and a team of researchers — including Williams — provided compelling evidence to identify the San Cristo de Burgos.

Researchers pored through local sites, from mountain to sea, archiving past finds and new ones, including international documents chronicling the history of the Manila galleon trade. Traders were so careful and the cargo was so valuable that they kept a close watch on every ship that left harbor, originating in China with a final destination of Acapulco, Mexico, in the New World.

Meticulous records tracked goods and people, providing modern historians with compelling links and a startling look at the Age of Discovery. The Spanish kept detailed ledgers for taxes and insurance, as the cargo could represent the colony’s income for a year. Those pieces of information enabled researchers to identify the ship as a Spanish galleon, and from what time.

Ships typically took four months to get across the Pacific from the Philippines. Sometimes it took six. For the most unlucky a year, when survival was unlikely.

Analysis of cargo provided more details. “In that period (the late 1600s), there were only four eastbound galleons that disappeared without a trace,” Williams said at the opening lecture for the Cannon Beach History Center’s new exhibit, “Oregon Coast Shipwrecks.”

Based on porcelain dating, only two of those eastbound galleons fit that period, he said. “That narrowed our search.”

Relying on archaeological and historic evidence, Williams said he is “99.9 percent certain” researchers have identified the San Cristo de Burgos, built and paid for in 1687 and 1688 at the Royal shipyard on the island of Bagatao at the mouth of Solsogon Bay. After an aborted voyage in 1692, the San Cristo de Burgos underwent repairs before setting off July 1, 1693 — departing port later than prudent for avoiding ocean storms. Passengers included seamen, army commanders, soldiers, carpenters, a surgeon, sail master and about 20 passengers, among them six priests.

The ship left port hastily, lacking key supplies and crew. “A fierce storm is the most likely culprit for the wreck, perhaps magnified by the ship’s vulnerabilities,” La Follette and her research team wrote in the Oregon Historical Quarterly.

As for the passengers, 30 crew members survived the wreck, but survivors lived only six months before they were all killed in local battles.

Meanwhile, the wreckage of the San Cristo de Burgos lays tantalizingly close to us today — maybe even underneath our feet.

Rigging blocks, teak wheels, holy oil jars, chest handles have all been unearthed in recent years — but where is the lower hull of the ship, 60 to 70 feet long and likely 1,600-2000 tons? Where are the 36 cannons known to be aboard every galleon of this type?

The ship may have hit Neahkahnie Mountain before breaking and scattering, but it could be buried under the sand or picked up by the tsunami and dumped somewhere else. “We may have a debris field or a cannon here, there, a ballast scattered all over,” Williams said.

Those are hard to find, especially if under the sand, he added. “But we’re going to keep looking.”

Visitors discovered Spanish coins on the beach as recently as Memorial Day 2017 and small pieces of Chinese blue-and-white porcelain continue to wash ashore in the Neahkahnie area.

Williams and others will continue the hunt using “offshore archaeology,” an occupation replete with its own set of hazards.

Magnetometers — considered essential to find the wreck — are expensive and sensitive at best.

Getting boats is an issue, with the only option to set out from Garibaldi, 25 miles away.

“To get out in the ocean we need the perfect combination of no wind, no swell, no fog and the right tide — and we need to have both boat owners available and all the volunteers available. Getting those six things together on the same day is incredibly difficult,” Williams said.

He figures it will cost about $100,000 for gear and research equipment.

“I think what it will take is for us to get really lucky or a big storm,” he said.

While the hunt continues, for treasure hunters, it will be a bit of “catch and release.”

The ships are archaeological and historical sites, protected by state law.

“Even if it had gold, we wouldn’t get to keep it,” Williams said.

First it would be offered to the government of Spain, then the state of Oregon. “They would probably work it out,” Williams said. “We don’t get to keep any of it.”

The Oregon Coast Shipwrecks exhibit will be on display at the Cannon Beach History Center and Museum through November 2019.

R.J. Marx covers South County for The Daily Astorian and is editor of the Seaside Signal and Cannon Beach Gazette.

R.J. Marx is editor of the Seaside Signal and Cannon Beach Gazette, and covers South County for The Daily Astorian. Reach him at 971-320-4557 or rmarx@seasidesignal.com.